The Legal Marijuana Industry Could Be Worth $35B in 5 Years 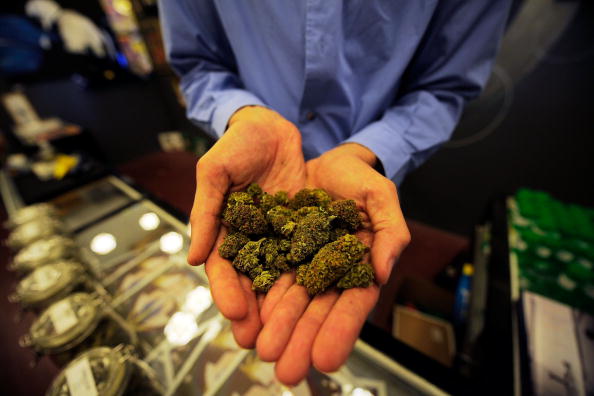 If policymakers really want to deliver a shot in the arm to the economy, how about the addition of a new, $35 billion industry? That’s the assessment delivered by GreenWave Advisors, which published a report that says the industry could reach those levels by 2020. The catch? It would require that all 50 states and Washington, D.C., opt for full legalization.

Even if all states and the federal government do not make the jump within the next five years, GreenWave Advisors said that the industry could be valued at $21 billion by 2020, given that things continue as they are. “The legal marijuana industry is emerging in the United States (and globally) at a steady, though deliberate pace. Although uncertainty persists as to the nature, extent, and timing of universal marijuana industry are and will be substantial,” according to GreenWave’s report.

Through its research, GreenWave comes to the conclusion that federal laws are bound to change sooner rather than later, opening up full legalization nationwide. Also, the firm predicts that both the medical and “adult use” cannabis markets will combine into one unified industry. Behind these assumptions, the industry could see its valuation climb into the tens of billions of dollars.

“This forecast does not suggest a terminal value but merely, what we think retail revenues (and sales and excise tax collections) could look like during the first year in which marijuana is sold legally in all 50 states and D.C.,” GreenWave writes. So just how big, relatively speaking, could the marijuana industry get? As The Washington Post reports, figures like $35 billion would make the marijuana market as a whole worth considerably more than the National Football League and put it roughly on the same level as newspaper publishing and the candy industry.

GreenWave is setting the bar pretty high, with some fairly lofty hopes that the federal government will be able to actually implement full legalization of the marijuana industry within five years. Just because it’s unlikely to happen doesn’t mean that the market won’t necessarily have the value it’s assigning to it — that value will just remain where it has been for years: on the black and medical markets.

Of course, there are two states that have gone ahead and legalized, Colorado and Washington. Since opening up the market for legal sales in July, Washington marijuana shops have sold more than $26 million worth of product. In Colorado, total sales for the year are projected to come up just short of $50 million. Even combining these two figures, it’s still a long way from $1 billion, and figuring how the market, if opened up to all states, could jump to $35 billion still seems like a pipe dream.

But when you crunch the numbers, Colorado and Washington have a combined population of roughly 12 million people, which equates to less than 4% of America’s 316 million people. Not only that, but these are sales that are only coming in from the state’s legal retail shops, leaving out the black market and medical sales (in Washington, at least, where the medical market is unregulated).

With those figures in mind, perhaps $35 billion isn’t too far off?

But the other important number to keep in mind is $21 billion, which is what GreenWave predicts the industry’s valuation will hit if full legalization doesn’t occur and states continue down the current path of legalizing one by one, through ballot initiatives. There are a number of states that have options on the ballot, and many of them look as if they’re going to pass. Leading the way are D.C., Oregon, and Alaska, with one huge, looming domino in California. Of course, these states and others will be looking to pass legalization measures not only during the current election cycle, but during 2016, 2018, and in 2020.

Even with the impending ballot initiatives in a number of states, the level of uncertainty about what will happen within the marijuana industry nationwide is rife with uncertainty. In addition to Colorado and Washington, which have passed full legalization initiatives, nearly half of the country has medical cannabis laws on the books. If the medical market and the “adult use” market were to be fully combined, as GreenWave suggests they should, then a more accurate look at the current markets would come into play.

GreenWave’s report assumes that Alaska, Arizona, California, Hawaii, Maine, Maryland, Massachusetts, Nevada, New Hampshire, Oregon, Rhode Island, and Vermont will have fully legalized marijuana by 2020, according to The Huffington Post. Not only that, but the firm expects 37 states to have legalized cannabis for medical use by that time, which is how it reaches the $21 billion figure. With the recent spike in interest among policymakers across the country and public support being thrown behind ending prohibition, it’s not as far-fetched as it appears on the surface.

Yes, 2020 is a mere five years away, but in that time we will have two election cycles and another pending in 2020.

“Our road map for the progression of states to legalize is very detailed — our assumptions are largely predicated on whether a particular state has legislation in progress,” Matt Karnes of GreenWave told The Huffington Post, regarding the report. “We assume that once legalization occurs, it will take a little over a year to implement a program and have product available for sale. So for example, for Florida, we expect the ballot measure to pass [this year] yet our sales forecast starts in year 2016. We think the time frame will lessen as new states to legalize will benefit from best practices.”

Karnes is also quick to note that the market — and the subsequent value of the marijuana industry — will largely be impacted by how the federal and state governments approach things. If over-regulated, GreenWave’s predictions could come up short. A lot will depend on exactly how states choose to tax retail stores and cultivators, as well. We’re seeing the difference currently in Colorado and Washington, where Colorado has opted for less regulation and is seeing a bigger industry as a result.

The numbers that GreenWave’s report throws out are big, and potential investors and entrepreneurs should be licking their chops at the prospect of getting in on the action. As legalization sweeps the nation, there is little doubt that the marijuana industry will be worth a fortune. Allowing the market to reach its full potential, however, will require a lot of coordinated effort.