The Many Ways Gas Stations Can (and Do) Take Your Money 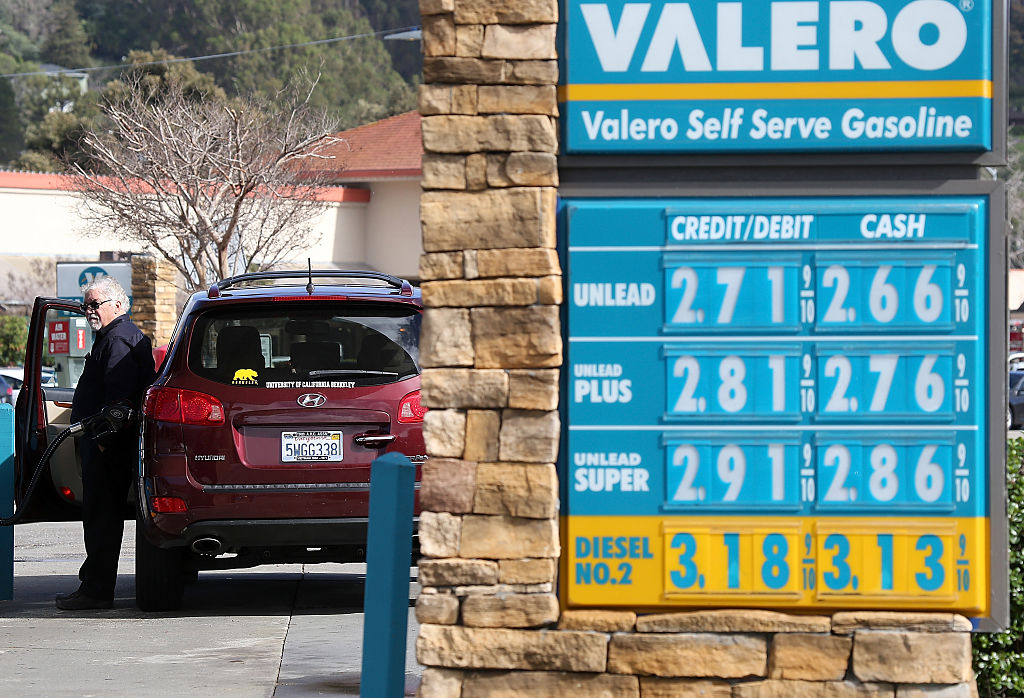 Consumers should keep an eye out for honest mistakes and ripoffs alike at the pump. | Justin Sullivan/Getty Images

If you take the prices and routine at gas stations for granted, join the club. Most people have more to worry about than the global price of oil and how that affects the cost you pay at your local pump. After all, these things all pass through federal and state regulations, right?

As we’ve seen over the years, the government also has its hands full. No matter how much we’d like them to police pump operators, regulators can’t cover the ground necessary to see which station owners are honest and which aren’t. Once again, the consumer has to watch his or her own back when filling up the car.

Those who never gave it a thought have been taken for money, shortchanged on gas, fell prey to the bait-and-switch, and more. Here are the many gas station ripoffs tried on consumers over the years.

1. The posted price is actually the ‘cash only’ price.

While you need gas and have a few options, most people pull into the station with the lower price. However, once you maneuver your car in and fill up the tank, you end up with a higher price because you paid with a credit card. This tactic, which New York Weights and Measures inspectors found at a Long Island station during an investigation, amounts to a serious violation. Yet consumers usually don’t even notice. 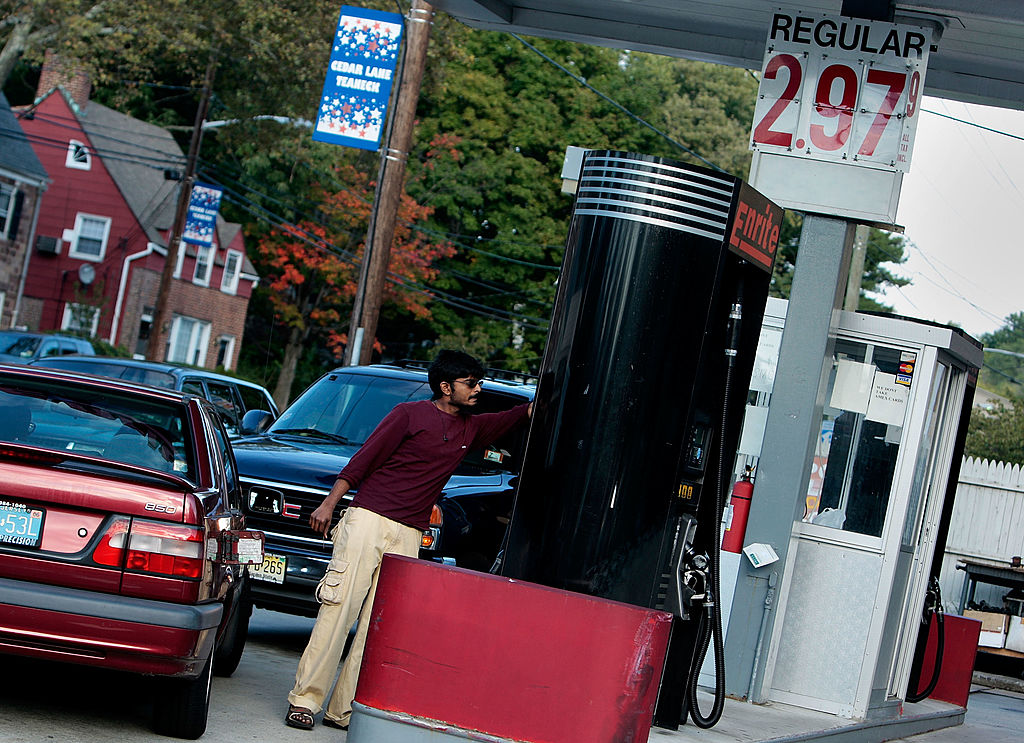 In a CBS Austin report on Texas stations, investigators came across a Texaco with 17 violations of “pump jumping.” That phrase refers to the policy of stations keeping money on the pump before you start pumping. When you go to pay, you end up covering the gas you bought plus whatever dollar amount already existed on the meter. To avoid this scam, make sure gauges start at zero before you begin. When someone else fills you up, keep an eye on it.

3. Your car has less fuel than the gauge reads. 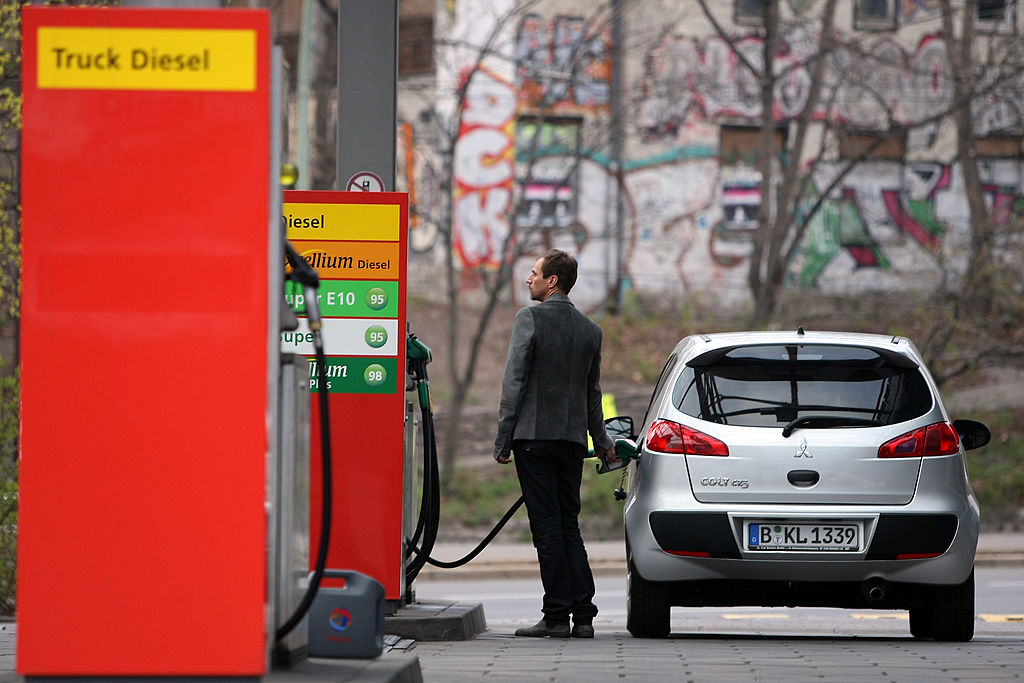 In some cases, the numbers add up on the gauge but not inside your gas tank. Put another way, you may have paid for 10 gallons but only drove away with 9.1 or 9.2 gallons. New Jersey inspectors told the Bergen Daily Record they often find broken gauges doing this to commuters. Over the course of a year, they found 153 violations in 3,010 pumps tested. That’s about 5% of the ones they were able to measure, which we find surprisingly high. 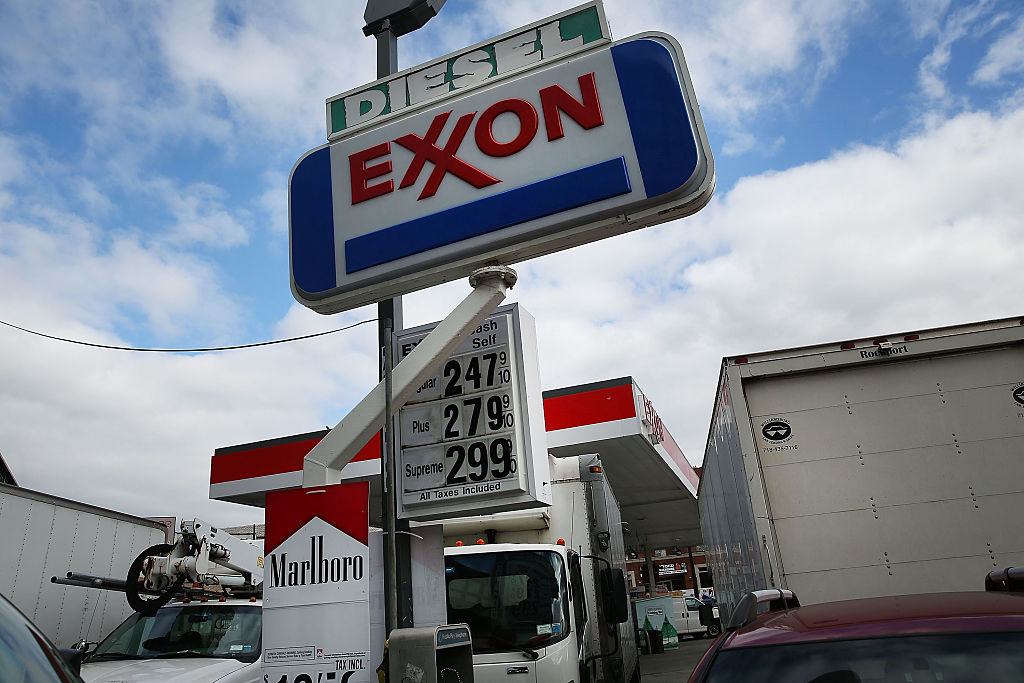 Some people pay for high octane gas but get the cheap stuff. | Spencer Platt/Getty Images

Some gas station ripoffs border on criminal offenses. For example, investigators in New York and many other states found station operators labeling 89 octane gasoline as 93 octane. This scam hurts consumers in several ways. Obviously, charging customers several dollars more for cheap is outrageous. However, this practice could also hurt your vehicle’s performance. Luxury cars and other high-powered models need high-octane gasoline to operate at peak levels.

5. Changing the price according to the hour 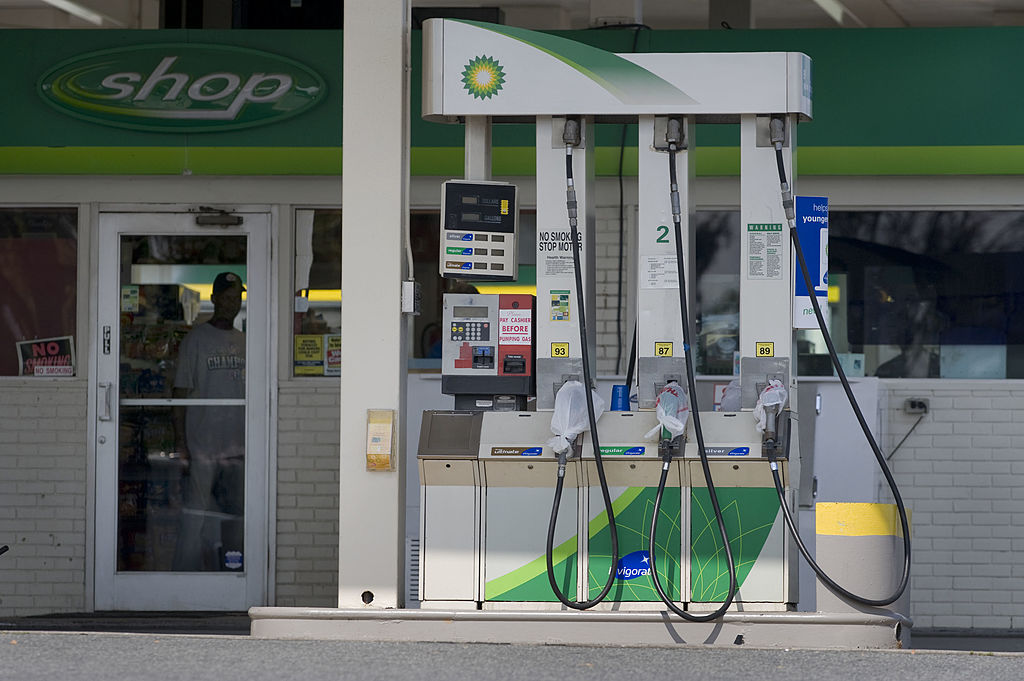 While you might chalk this one up as good ol’ American capitalism, it’s easy to see why consumers feel ripped off when station owners do it. Quite simply, they raise the price based on their whims or what they think they can get from customers. According to consumer reporter Matt Granite, gas stations may raise their prices several cents every day during daylight hours and holidays. Then, from late at night until the early hours of dawn, they lower them back to normal. 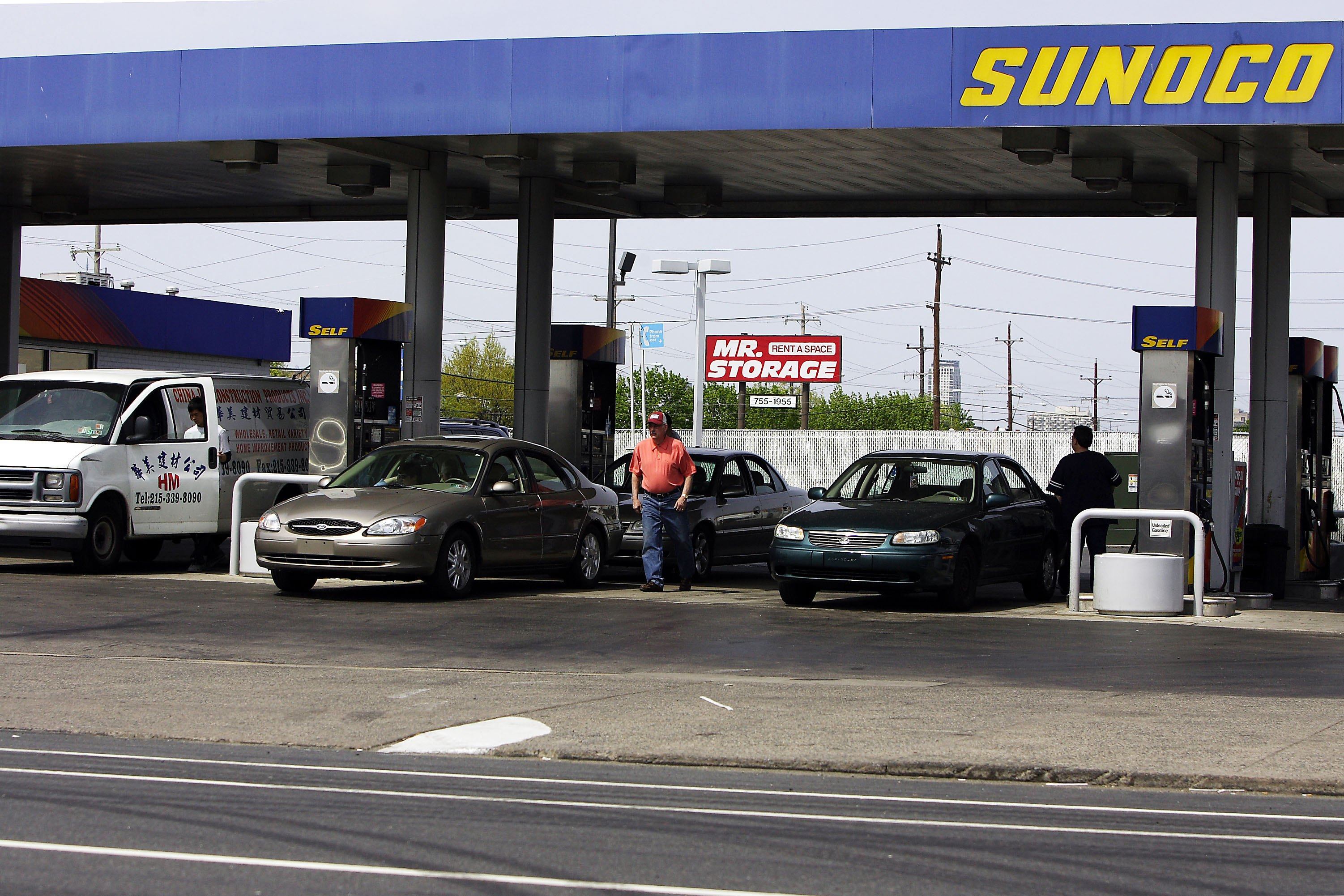 As far as dishonest tactics go, this one might take the cake. A gas station attendant hears a customer ask for 89 octane gas and begins pumping the 91 octane. When the driver glances back at the gauge, all the numbers add up — except the octane on the pump. Again, consumers need to watch the person pumping the gas when you aren’t doing it yourself. 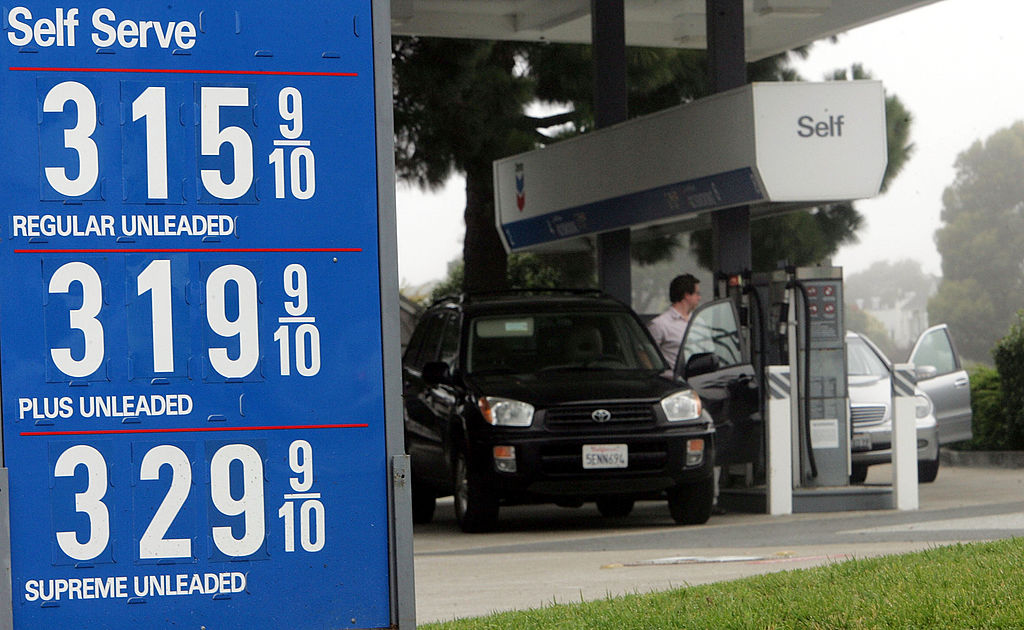 Sometimes, a worn (i.e., broken) LED display will keep drivers in the dark when they fill their tank. Usually, people don’t pay it any mind and assume the machine is counting correctly. However, as we have seen, tanks may be broken and owners may not do anything about it. Of course, there is a possibility that gas pumps give out more gas than they charge for, but those instances are less likely. 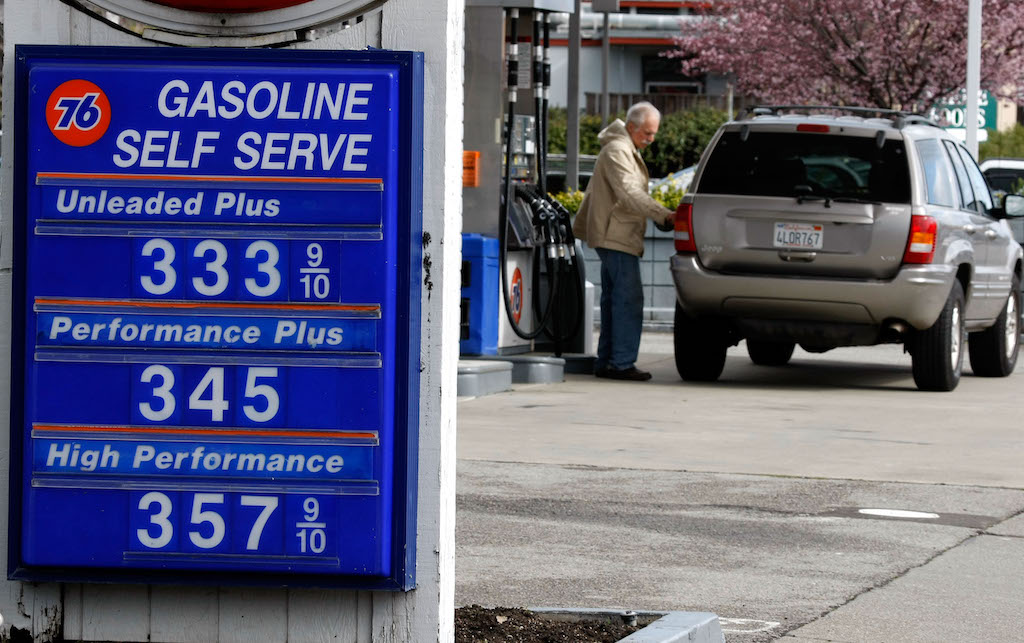 Honest mistakes can rip you off, too. | Justin Sullivan/Getty Images

Even honest mistakes end up ripping off consumers at the pump. State weights and measures inspectors find faulty calibrations, broken shut-off meters, and other issues that led to shortchanged customers. Gas station owners almost always have no ideas these things are happening. Nonetheless, they end up sending you back on the road with less money that you should have.