The Market Is Hot: Should the Fed Raise Rates Already? 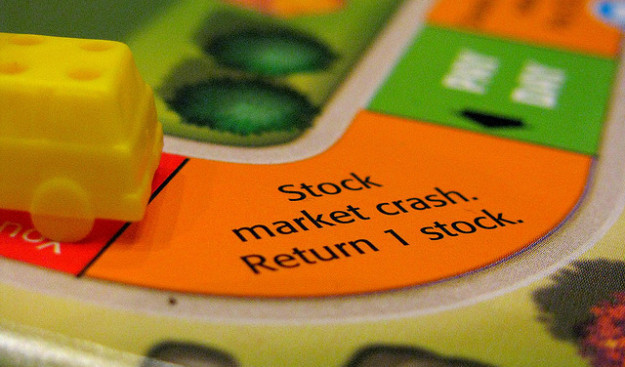 A financial boom, they say, is a good time to start preparing for a crisis. The Bank of International Settlements, the international counterpart to most central banks, has sounded out a similar alert for advanced economies like United States that have kept key interest rates at the zero bound for quite some time now.

“Financial markets are euphoric,” the BIS said in its annual report for 2013-2014. “Growth has picked up, but long term prospects are not that bright.”

The major equity indexes performed well last year, and asset prices rose much more than their realistic levels. The S&P 500 Index rose 20 percent since May 2013, but expected future earnings only grew 8 percent over the same period, BIS data show. The cyclically adjusted price-to-earnings ratio —  the ratio of an entity’s current share price compared to its per-share earnings — of the S&P 500, at 25, was higher than its average over the last 50 years.

This could be the result of growing appetite for risk and high yield among investors, triggered by low interest rates. The Federal Reserve has maintained the key funds rate — the rate at which banks borrow on an overnight basis — near zero since 2008, and the Fed is likely to continue to keep it near zero until mid-2015, when economic growth is expected to be back on its targeted trajectory and labor market conditions have improved sufficiently.

An important question the BIS raised in this regard is that by having kept interest rates so low for so long now, do the central banks run the risk of running out of firepower in an event of another crisis?

“Macroeconomic policy has little room for maneuver to deal with any untoward surprises that might be sprung, including a normal recession,” the report said.

In financial markets, it is not uncommon to see returns for one year being higher than the others, but what should raise alarm is that U.S. equities have been in a bull market for almost 2 years now without a correction.

According to Bloomberg, the last major dip for the Standard & Poor’s 500 Index was an 11 percent drop from its intraday high on April 2, 2012, through its low on June 4, 2012. This year, the most it has fallen is by 6.1 percent from mid-January to early February.

This shows financial markets have relied heavily on the liquidity comfort provided by an accommodative monetary policy and that this is fueling asset prices. Granted, the Fed does not have too many options for stabilizing economic growth without keeping the key funds rate low and liquidity easily available.

In its report, the BIS points out the risks related to exiting an accommodative policy too long.

“In contrast to what is often argued, central banks need to pay special attention to the risks of exiting too late and too gradually … the balance of benefits and costs deteriorates as exceptionally accommodative conditions stay in place. … As past experience indicates, huge financial and political economy pressures will be pushing to delay and stretch out the exit,” the BIS report said. “The benefits of unusually easy monetary policies may appear quite tangible, especially if judged by the response of financial markets; the costs, unfortunately, will become apparent only over time and with hindsight. This has happened often enough in the past.”

The costs are fueling asset price bubbles that have purely ridden on the liquidity support from the central bank, waiting to burst. If it happens too fast, it could threaten the economic recovery, as well.