The Mistake That Got 30 Wall Street Analysts Fired 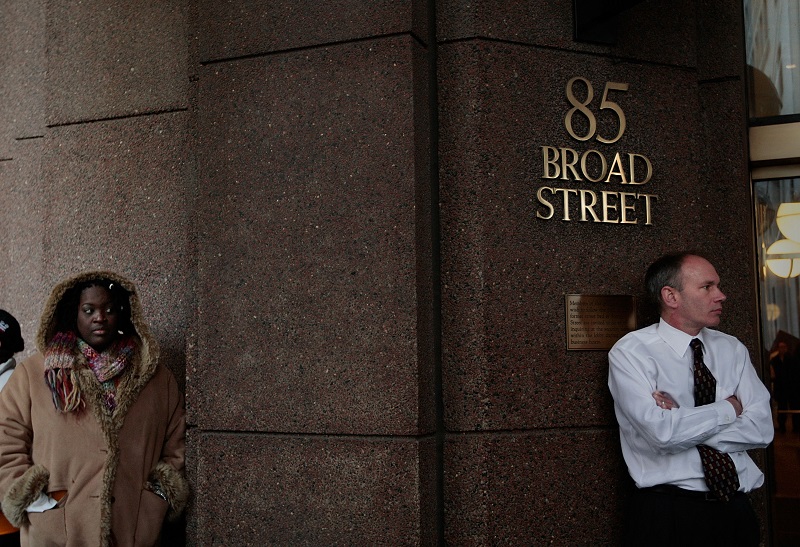 As you can probably imagine, it’s pretty hard to get a job on Wall Street. It’s the capital of finance, and attracts thousands upon thousands of people, all hoping to make big bucks and live the good life in New York City, so it only makes sense that the world’s biggest financial firms would have the pick of the litter when it comes to applicants. You’ve got to be able to handle intense pressure, long hours, and some of the most insane interview questions ever conceived to even get a shot at a Wall Street job — so it seems pretty silly to jeopardize it all if you manage to land a spot, right?

A group of Goldman Sachs analysts evidently didn’t take it too seriously, after 20 of them were recently fired for cheating on internal training tests. Another ten were fired from JP Morgan for similar transgressions. Altogether, that makes for 30 people being purged from Wall Street — likely a ‘dream job’ for a lot of those individuals — all for a fairly stupid mistake.

According to Business Insider, the analysts were caught running Internet searches for terms and questions mentioned on the exams, on company-issued computers. This seems like something these analysts should have avoided, since it’s a cheating method that should have been snuffed out in high school. If you’re going to Google the answers, at least do it on your own devices.

But they didn’t, and they paid for it.

“This conduct was not just a clear violation of the rules, but completely inconsistent with the values we foster at the firm,” said Sebastian Howell, a Goldman Sachs spokesman in London, according to Bloomberg.

Though the “inconsistent with the values we foster at the firm” bit of that quote may be a bit surprising, especially considering the multitude of questionable behavior at many Wall Street firms, it’s clear these analysts made mistakes serious enough to warrant their firing. And having to fire and then recruit, rehire, and retrain new analysts isn’t cheap, not even for Goldman Sachs.

What we should all be really focused on with the Goldman Sachs story is how easy it is to throw it all away. Just to get your foot in the door at a Wall Street firm takes an unbelievable amount of drive, effort, or some serious connections. And, as we’ve learned, all it takes to lose it is by making one bad decision to cut corners on an internal test — something that everyone has probably done in some form or another over the course of their lives.

But as we’ve learned, this can come back to bite you, even in the lofty towers of Wall Street. Put yourself in the shoes of these analysts for a moment — can you imagine losing your job, and probably the prospect of finding another landing spot on Wall Street, all because you decided to Google the answers to a relatively routine internal examination?

Though it was a stupid mistake, it’s gut-wrenching to even think about. Even so, it strikes at the heart of the old adage, “cheaters never prosper.” Though, yes, there are plenty of examples of cheaters actually winning. But it’s the principle that’s important. You don’t want to end up being another Martin Shkreli, after all.

Here’s another thought: maybe Goldman Sachs intended, with these internal tests, to weed out the cheaters? In an industry like finance, honesty is incredibly important. So, perhaps this was a way of ‘thinning the herd’? It’s entirely possible, and if that is the case, then you could say that it worked like a charm.

And that brings us to the inevitable conclusion — if there’s anything to learn from this incident with the Goldman Sachs and JP Morgan firings, it’s that you should, if at all possible, take the high road. Yes, people cut corners and finagle their way up the ladder all the time, sometimes shamelessly. That may lead you to think that you can get away with it as well.

You might be able to. But if it backfires, as it did with these analysts, it can cost you everything.