The Most Difficult Places to Achieve the American Dream 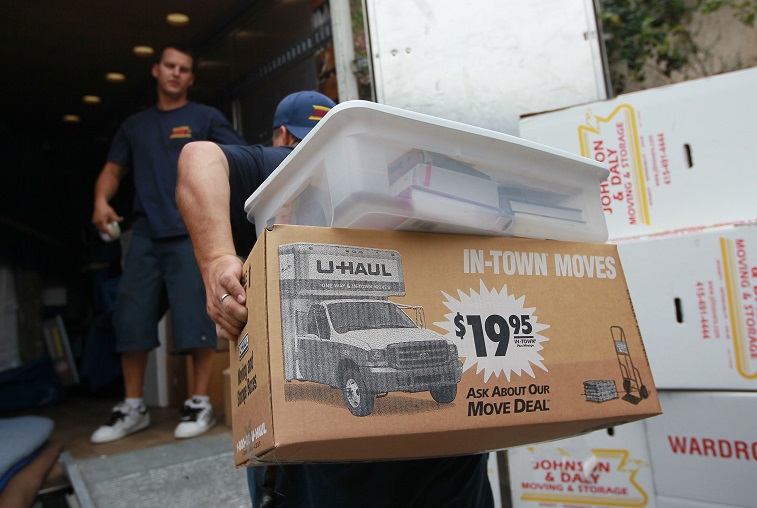 There are a lot of factors that play into how and what our lives become, and eventually what American children end up earning as adults. Education, family background, and physical location are chief among them. While some cities and states are quickly becoming proverbial graveyards for the middle class, others are prospering and becoming citadels of economic prosperity in an economy that is still on very shaky ground.

In an effort to find where, exactly, America’s younger generations have the best chance at climbing the economic ladder, Harvard professor Raj Chetty put together a presentation outlining his research as a part of an event at the Center on Children and Families, which comes our way via The Brookings Institution.

“Your chances of achieving the American Dream are almost two times higher … if you are growing up in Canada than in the United States,” Chetty said at the event. A quick look at the map Chetty developed shows some very huge rifts in opportunity between certain areas of the country, with the Southern states being almost completely enveloped in deep red — meaning that they were areas in which upward mobility was less common. 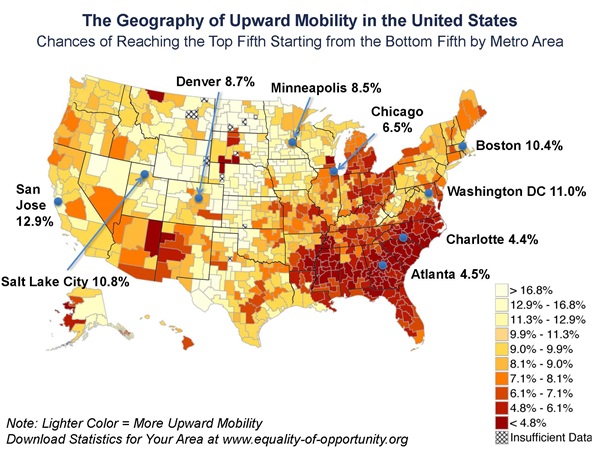 As for the parts of the country in which there looks to be the most opportunity, the west and Great Plains spanning the central part of the country look ripe for economic advancement. According to Chetty’s map, those areas in states like Wyoming, Nebraska, Utah, Texas, and the Dakotas present the best chances for a child born into the bottom 20% of the earnings distribution spectrum to climb into the top 20% at some point in their life — represented by lighter colors on the map above.

Overall, Chetty’s research shows that in the U.S., on average a child born into the bottom-fifth has a 7.5% chance of climbing to the top-fifth. That lags considerably behind the U.K., Denmark, and even Canada, which clock in at 9%, 11.7%, and 13.5% respectively.

As we’ve covered before, that means that the ‘American Dream’ is much more easily achieved in countries other than America. 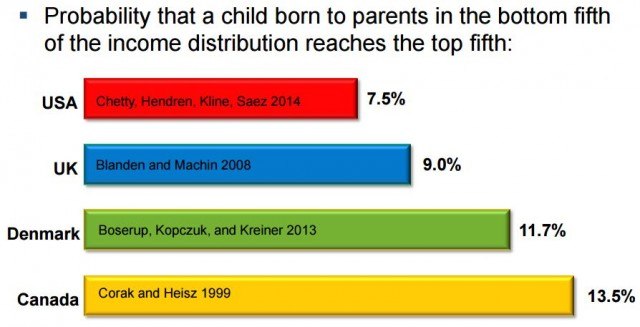 With the map laying out exactly what areas are the most economically-constrained, Chetty also gave us some incredibly valuable information regarding why it’s so much more difficult to be socially mobile in some areas as opposed to others. He found that it boils down to two main reasons: that people are different, and that different neighborhoods and environments have a causal effect on individuals.

By tracking income information for 10 million anonymous children born between 1980 and 1982, Chetty was able to piece together his study and from it, his map and conclusions. By crunching the numbers, it became clear that certain environments have drastically different outcomes on earnings potential. For example, a family with a 9-year old that moved from Chicago to Boston saw an increase of 54% in later earnings as opposed to children who stayed in Chicago.

A similar effect was found in children who lived in Washington D.C., and those who moved to a nicer area, like Fairfax, Virginia.

The top and bottom counties and cities, with adjusted change in earnings for individuals, can be seen below: 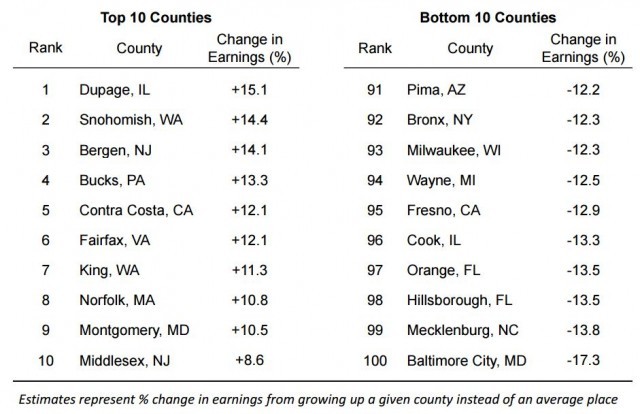 From this, Chetty suggests that policymakers focus their efforts on two things — help people move to better areas, and invest in those areas that are suffering, in order to bring them up to par with places that provide better opportunity. While Chetty does go into the details as to how those two things can be achieved, they are, on the surface, overly simplistic recommendations. If everyone in Baltimore packed up and moved to Dupage county in Illinois, there would be huge problems.

And if those people could do that, many of them probably already would have.

But Chetty’s research does give us a view as to what parts of the country are truly suffering, and it’s clear that the South is really taking it on the chin from an economic standpoint. This is likely because of a huge number of factors that have compounded over the years, though there hasn’t been much done to improve the situation.

For those stuck in these areas, the best thing to do may simply be to move if at all possible. Moving is a huge expense, and finding a job is trickier than ever. Fixing America’s economic problems will be a huge undertaking, but Chetty’s research gives us an idea as to where they are the most concentrated, and that’s a start.