Shocking Stats About Money and Your Relationship 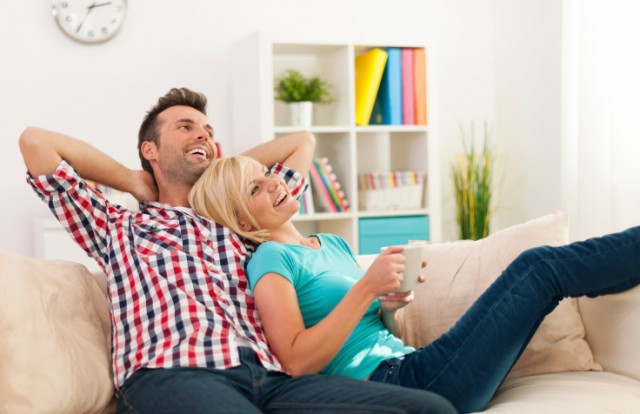 We’ve all heard that money makes the world go round. Dollars are perhaps the most desired tool in society as we spend most of our time either earning or spending them. However, there is one obvious truth that you can’t ignore: Money is sexy, and so are the people who know how to handle it properly.

How important is personal finance when it comes to ensuring a harmonious relationship? According to a new survey from Ally Bank, 55% of Americans find a strong budgeting and saving strategy to be the most appealing money management trait in a significant other. Other attractive money management traits include debt avoidance (21%) and frugality (18%). The survey also finds that 76% of Americans believe it is of moderate to high importance to find a significant other with a similar philosophy toward money and finances.

In contrast, only 3% say they find those who have a higher credit card limit and like finer things and good times appealing in a partner. “The survey underscores the importance of financial planning and how it influences virtually every aspect of our lives, including our preference in a mate,” said Diane Morais, Ally Bank Deposits and Line of Business Integration Executive, in a press release. “In addition to improving your financial well-being, there is a romantic appeal to fiscal discipline, and establishing a budget and a savings plan are also good ways to add peace and harmony in the family.”

This Valentine’s Day, Ally Bank finds that Americans may finally be learning that they should take better care of their finances. More than half of respondents expect their Valentine to simply “order take out, because it’s just another day.” Those who did vote to “go for the romance with something thoughtful and sentimental” were in the 18-44 age group, while the big spenders were in the minority, with only 6% saying they would splurge on a Valentine’s Day gift.

Interestingly, other surveys find similar results. Experian recently discovered that 95% of  married adults believe “financial responsibility” is important when considering a spouse, easily beating “physical attractiveness” and “career ambition” at 86% and 77%, respectively. In fact, “personal compatibility” is the only attribute considered to be more desirable (98%) in a survey of over 1,000 married adults nationwide.

Americans are more likely to discuss financial matters since the Great Recession, but there is always room for improvement. In the beginning of a relationship, you should learn about a person’s financial habits. Are they spenders or savers? If you find yourself with a person that doesn’t have the same financial habits as you, that could lead to larger problems down the road. As the relationship progresses, don’t shy away from talking about longer-term goals such as purchasing a home or raising a family. These don’t necessarily have to be deal-breakers, but knowing expectations ahead of time will help dampen stress.