The 1 Thing Millionaires Do But You Don’t

They say the mark of a millionaire is someone who doesn’t act like they have tons of money. While lottery winners run around buying luxury sports cars and getting fitted for gold shoes, anyone used to wealth simply doesn’t behave that way. They’re smarter about money, and those habits are exactly what helps them stay rich.

Emulating rich people won’t necessarily make you a millionaire overnight. However, the more you start acting wealthy, the less likely you are to engage in silly habits that millionaires simply wouldn’t do. 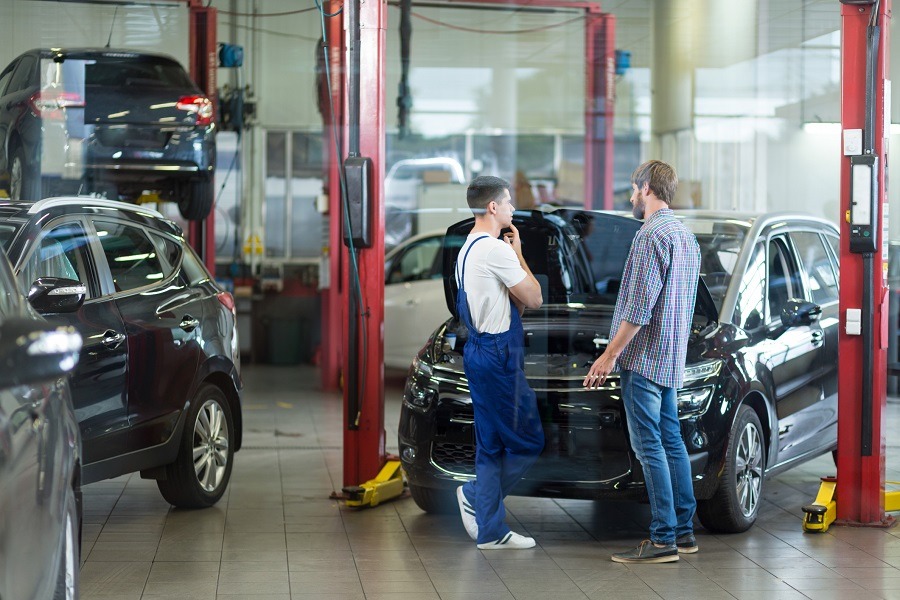 You might be surprised how many millionaires drive used cars. | KatarzynaBialasiewicz/iStock/Getty Images

Just because you can afford a brand-new car doesn’t mean you should buy one. In fact, a new car is one of the worst purchases you can make, and rich people know better than to fall for it. Dr. Thomas Stanley, co-author of The Millionaire Next Door, found that the most popular car make among millionaires is a Toyota. And it’s probably got high miles.

Certain things — like mattresses, couches, and underwear — should always be purchased new. But when it comes to most items, millionaires prefer to save money by scouring antique markets or even thrift stores to get the best deal.

You’re never too rich to save a few bucks, and the less you squander on material possessions, the more you’ll have to invest or save.

Next: They don’t overspend on this big purchase. 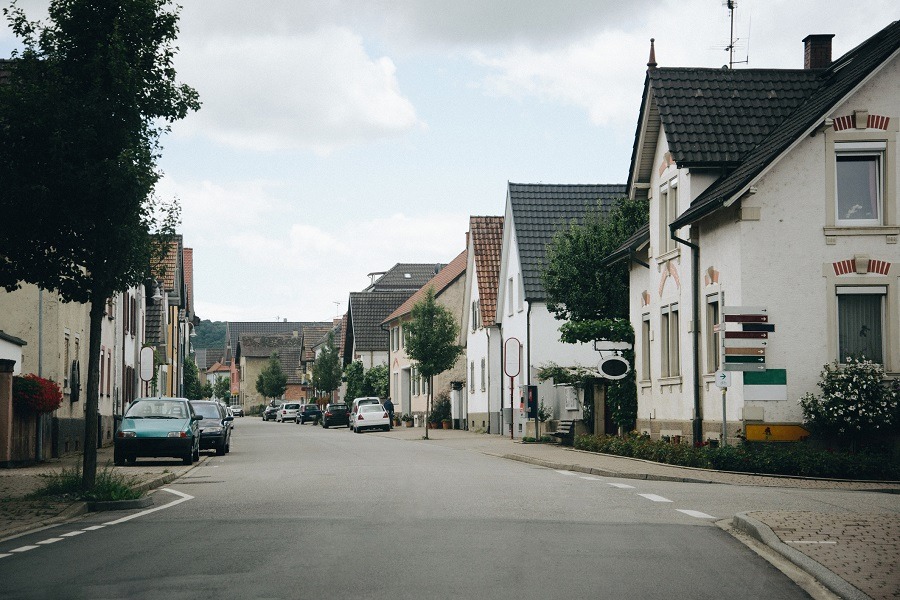 McMansions are usually avoided by the truly wealthy. | Malyugin/iStock/Getty Images

Rich people either pay cash for their home or plop down a large down payment. They rarely spend more than two and a half times their annual after-tax income and they’re more likely to pay off their homes quickly with a 15-year mortgage.

That McMansion down the street? It’s most likely owned by someone with a lot of debt, not a person with piles of cash in the bank.

Next: They’ll spend less on these things over time. 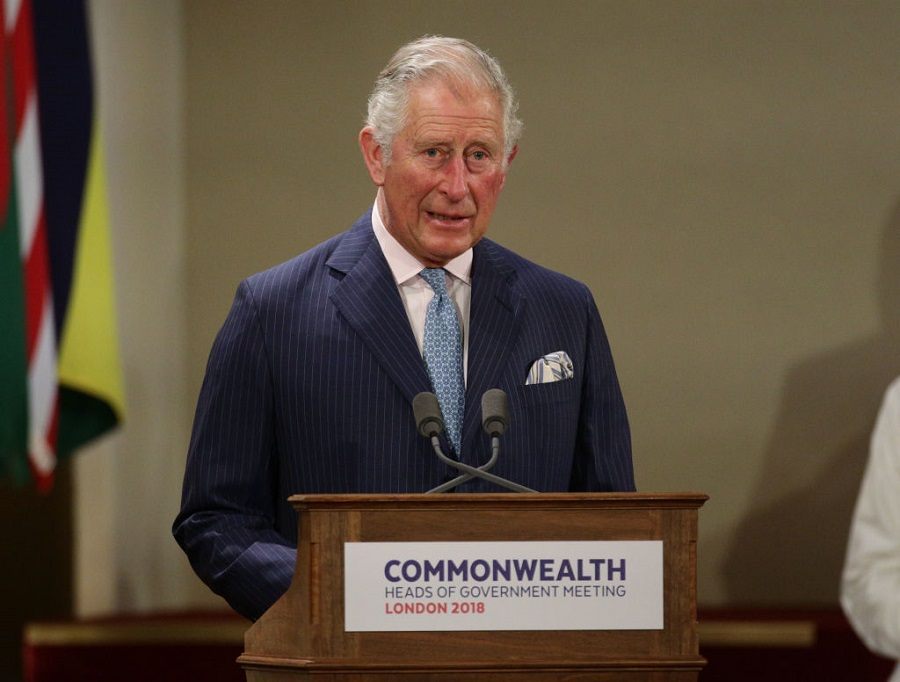 Spending $500 on a handbag may seem excessive. But consider the sort of investment you’re really making by evaluating the quality. Is it made from real leather? Is it made in the USA? Will you need another tote bag within the next 10 years?

Example: Prince Charles was once photographed wearing 40-year-old shoes. He could afford to buy new ones anytime he wants… but why would he?

Next: A little patience for this goes a long way. 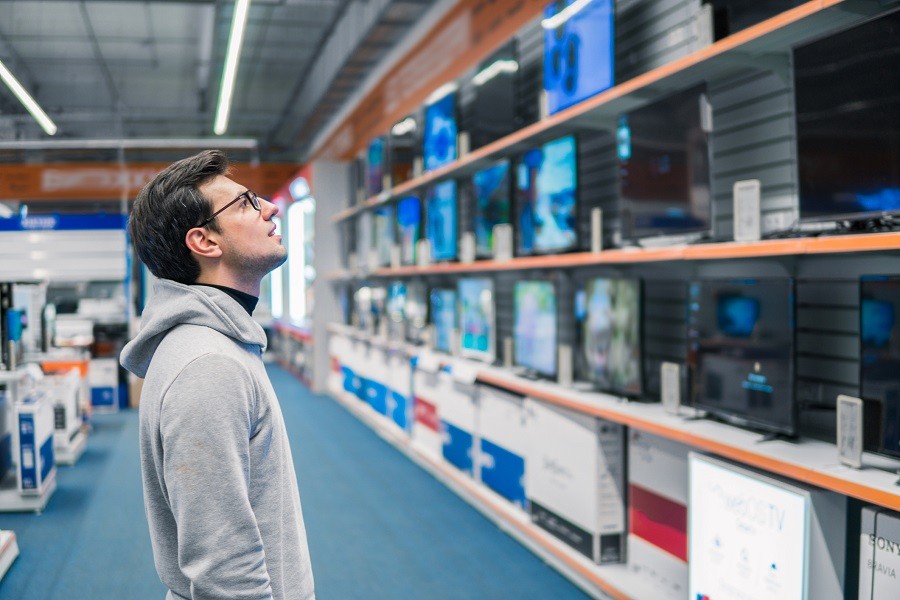 Self-control is difficult for most people — that’s why when kids were offered one marshmallow now or two later, they were more likely to indulge in immediate gratification.

Millionaires are more likely to wait to make a purchase to ensure they’re getting the best deal. From new televisions to vacations, cars, and houses, the art of waiting saves wealthy folks hundreds or thousands of dollars — and it shows.

Next: They ignore this common activity. 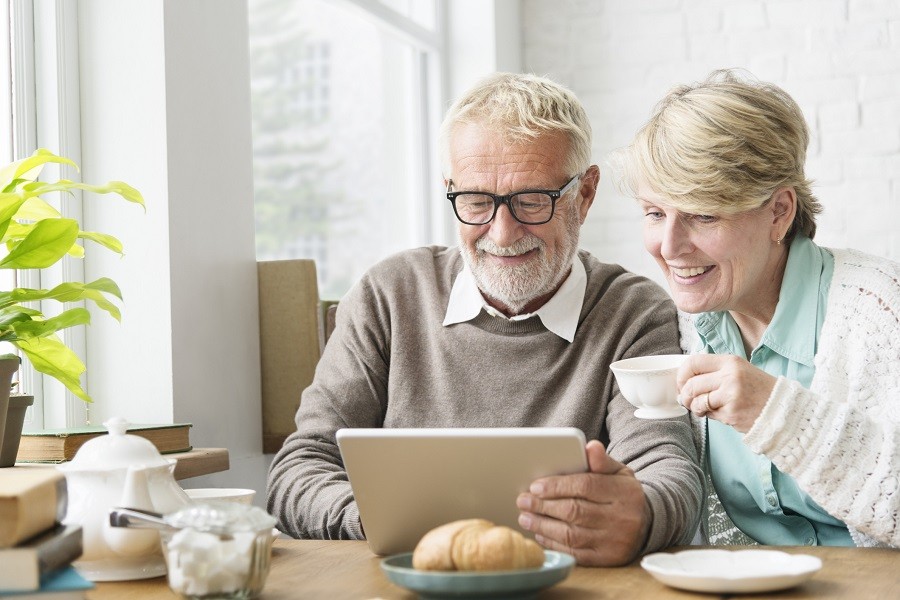 Many millionaires own their own businesses, so retirement works a little bit differently. They may be less likely to desire retirement if they’re doing something they love. When CNBC asked, “At what age do you expect to retire?” nearly one-third of those with annual earnings of $750,000 or more answered “over 70” while 15% said they never plan to retire.

The longer you spend building wealth, the more money you’ll have when you do stop working.

Next: Here’s why they won’t buy new things. 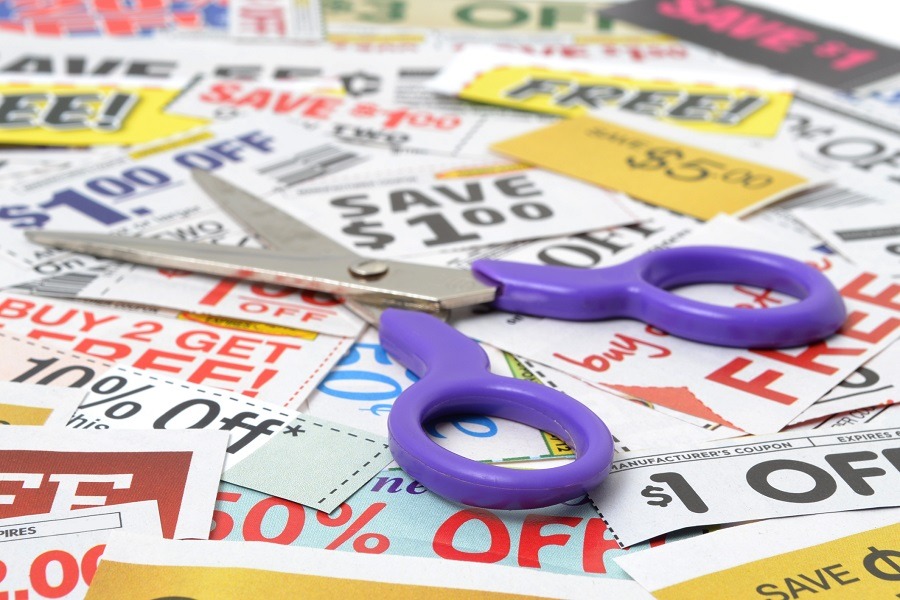 The rick aren’t above using coupons. You shouldn’t be either. | Kreinick/iStock/Getty Images

Clipping coupons, eating leftovers, darning socks — millionaires aren’t wasteful people, and all that frugality translates into true wealth. Plus, the more you save and reuse, the better it is for the planet. Wastefulness doesn’t mean you’re rich… it just means you’re a jerk.

Next: They know where every penny goes. 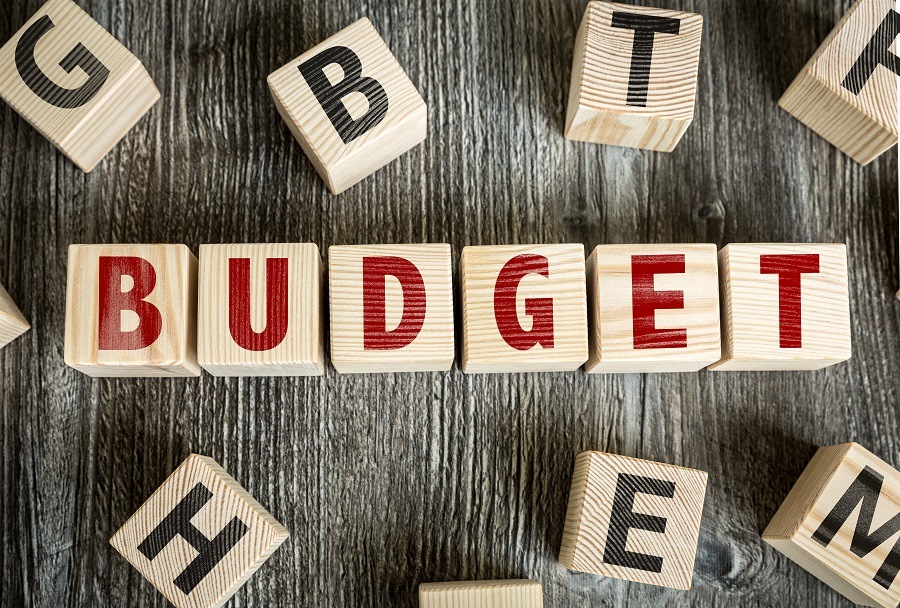 According to the authors of The Millionaire Next Door, the majority of self-made millionaires budget and track every penny. They know how much they spend on groceries, gas, and every other household item.

Most importantly, they stick to the budget they create, rarely overspending on frivolous items.

Next: You can literally see their investment items. 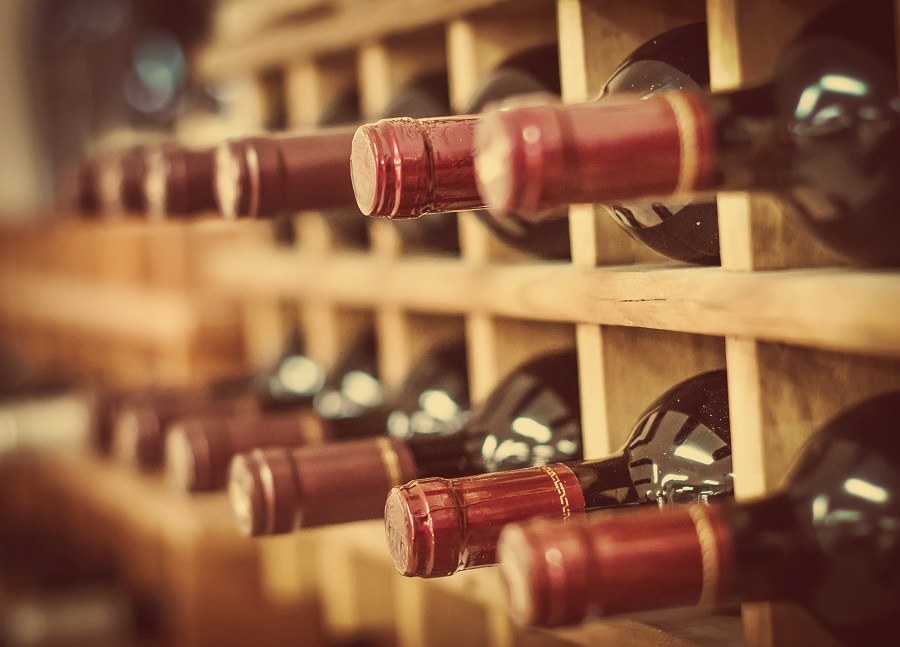 When millionaires spend money, they make it count. | DmitriMaruta/iStock/Getty Images

Whether it’s spending money on antiques, art or fine wine, millionaires often put their dollars towards high ticket items they can see and feel. On one hand, these investments can often accrue value over time. On the other, what’s the money all for if you can’t enjoy it by purchasing something extravagant?

Next: They hide in plain sight. 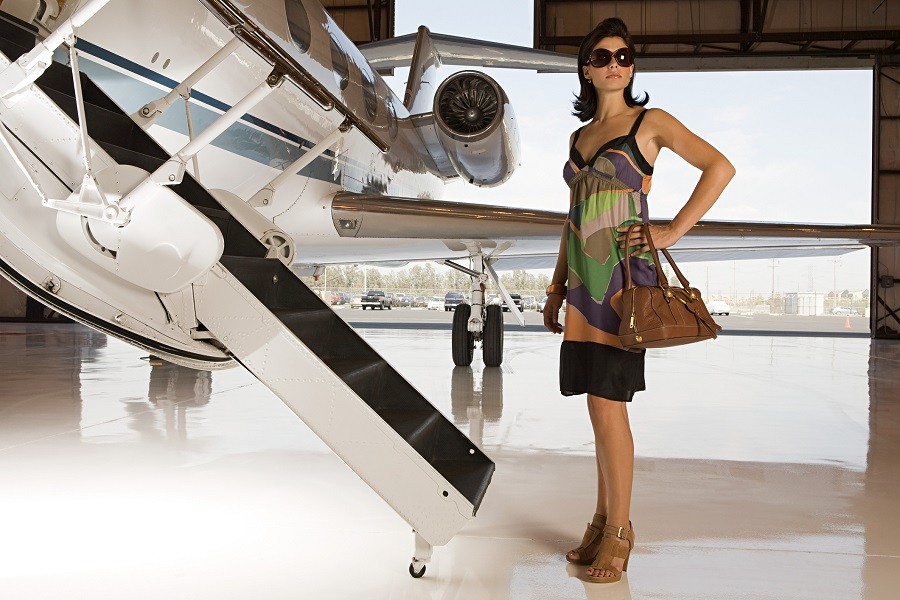 Believe it or not, the rich rarely act rich. | Image Source/iStock/Getty Images

Quick quiz: who has more money — the guy with the Rolex, or the one with the beaten up Timex?

People with true wealth don’t flaunt it with flashy possessions. They often act like everyone else, shopping at Aldi, picking up their own dry cleaning, and scrubbing their used cars in the driveway. Millionaires have nothing to prove, and the richer they are, the less they act like it.

Read more: This Is How Much Money Millionaires Say They Need to Be Happy