Meat Prices are at Record Highs, and It’s Not Going to Change 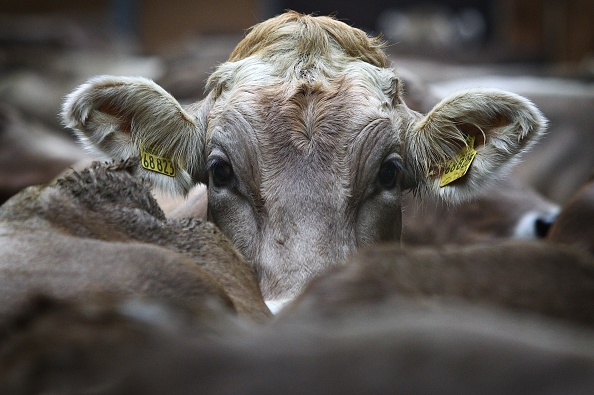 If you’re a steak lover, you’ve likely noticed that the cost of slicing into your favorite cut is higher than ever. With the holidays upon us, putting together dinner for the entire extended family may hit American families much harder in the pocketbook as a result. The signs have been mounting for months, so it shouldn’t be much of a surprise.

This is a big deal because beef is a big deal. The USDA counted nearly 730,000 beef cattle operations in the U.S in 2013. These operations produced 25.8 billion pounds of beef that year, and Americans eat nearly all of it, 25.5 billion pounds. That’s about 80 pounds per person. The economic impact of the beef production industry, measured by farm-gate receipts, is $44 billion. The American Meat Institute, a trade association, puts meat and poultry processing industry employment at nearly half a million people, a combined payroll of more than $19 billion. The total economic impact of the meat and poultry industry, as measured by the AMI, is $864.2 billion, about 6% of GDP.

And it’s not just beef prices that are rising. Meat and poultry prices are up nearly across the board, although more modestly. The chart below shows the consumer price index for beef and other poultry (solid line, in red) compared to the CPI for food prices in general. There is a clear jump over the past year as meat prices have overtaken other foodstuff prices, throwing things off balance.

One of the major contributing factors to the price pressure is a massive drought in the western U.S., particularly in California, which together with just four other states makes up more than 50% of total cattle sales in the country. According to the drought monitor maintained by The National Drought Mitigation Center, more than 58% of California is experiencing D4 drought conditions, the most severe.

This is problematic for the beef industry — for the food industry at large, really — because agriculture consumes about 80% of California’s water supply, according to the Pacific Institute. Beef production in particular is incredibly water intensive. A study done by researchers at the University of Twente and Delft in the Netherlands found that it takes nearly 1,600 gallons of water to produce 1 pound of beef, compared to about 102 gallons for a pound of wheat.

Restaurants that specialize in beef-based products, like steakhouses and fast-food hamburger joints, are naturally at the highest risk of being impacted by the price swing. But every restauranteur in America will likely be affected in some way. Many restaurants are already suffering as the sluggish economy has eroded away much of the middle class’s purchasing power. Restaurant chains traditionally aimed at middle-class consumers — places like Olive Garden, Red Lobster, etc. — have all needed to employ some nifty business maneuvering to keep afloat during the slow economic recovery, and raising prices is generally not a good strategy. If they raise prices too high, their customer streams will dwindle and flock to more affordable options to feed their families or when selecting a place to eat.

“It’s always a battle to protect your margins,” Texas Roadhouse President Scott Colosi told The Wall Street Journal. “You have the option of raising prices to a level that offsets inflation or betting that you can drive store traffic, which is a hard thing to do.”

The situation has forced business owners into a corner, and many restaurants are warning customers of impending price increases due to higher raw material costs, despite their reluctance to push those costs on to customers. In order to achieve sustainable profit margins, price increases are really the only option many eateries have to absorb the additional costs. Profit margins are notoriously thin in the restaurant industry, and business owners have limited options in choosing how to deal with fluctuations in materials costs.