The Richest Author in the World is Worth $1 Billion

When it comes to ranking the world’s highest paid professions, “writer” isn’t typically a career path you see at the top of the list. Doctors, lawyers, and rocket scientists are much more likely to amass millions while more professional writers struggle to make ends meet.

But there’s always an exception to that rule. Certain writers reach celebrity status thanks to a best-selling book, a loyal fan base, or exceptional talent. There are some names in the publishing industry that everyone knows — and everyone reads.

Ahead, discover the richest authors in the world, including one writer who is literally a billionaire.

Horror books for children — sure, it’s a slightly strange concept, but it ended up making one unconventional author very, very wealthy. Robert Lawrence Stine started out writing comedy books for kids, but he’s best known for the popular Fear Street and Goosebumps series. He’s sold over 400 million copies worldwide and is a producer on the television show based on the books.

Does crime pay? Sometimes. The English author and politician Jeffrey Archer sold more than 250 million copies of his books worldwide, but that doesn’t mean he’s always led a charmed life. He served a prison sentence for perjury and perverting the court of justice. Rather than just wallow in misery, the enterprising author turned his experience into a published series of prison diaries. 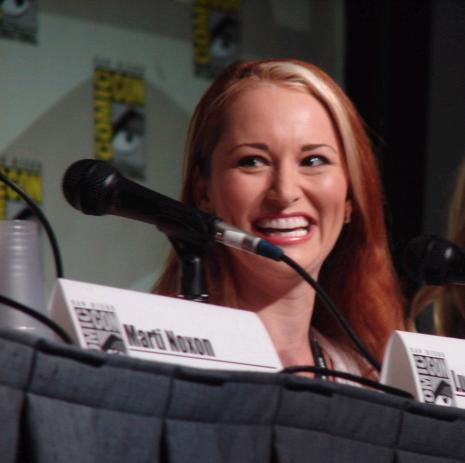 Remember the television series Medium? That’s based on Allison DubBois and her books. She wrote chronicles of her real-life accounts helping the police solve crime using her innate medium powers. Maybe that sixth sense helped her discern that she’d earn millions.

George Harrison’s widow is famous in her own right, though not for penning songs or being a member of one of the most popular bands in the world. She was born in Los Angeles and went on to become an author and film producer. Unsurprisingly, her most well-known book is Concert for George: A Celebration of the Life of George Harrison.

Late author Tom Clancy was known for writing thrillers, especially books about spies and military science stories. His best-selling titles include Patriot Games, The Hunt for Red October, The Sum of All Fears, and Clear and Present Danger. Clancy passed away in 2013, but his legacy lives on.

Lawyer turned novelist John Grisham is one of the most beloved — and richest — authors in the world. He penned his first legal thriller, A Time to Kill, in 1987 but it was rejected by several publishing houses. It went on to become a New York Times bestseller and launched Grisham’s career. He has since sold more than 300 million books. Nine of these novels have been turned into movies.

Barbara Taylor Bradford is a British author whose 1979 novel, A Woman of Substance, sold more than 30 million copies worldwide. The book sold an astonishing 32 million copies and remains one of the best-selling books ever. BTB started writing fiction when she was just seven years old and sold her first story to a local paper at the tender age of 10.

Perhaps you’ve heard of American Girl dolls? The brand, which includes dolls, books, and merchandise, was created by author Pleasant Rowland after she was unable to find suitable dolls for her nieces. She started the company at the age of 45 with money she had saved from her career as a textbook author. She went on to sell her massively successful venture to Mattel in 1998 for $700 million.

No one can accuse Nora Roberts of being lazy. Since she started writing in the late 70s, the prolific novelist has penned more than 200 novels. Though her work was originally rejected, Roberts persevered and is now one of the richest authors in the world.

Best known for her romance novels, Danielle Steel is a top selling and top grossing author of more than 70 books. She’s the fourth overall best-selling fiction writer of all time, selling more than 800 million copies of her books worldwide. Anything she writes is an instant hit.

They call him the “King of Horror.” Stephen Edwin King has published more than 58 books and earned dozens of awards. Some of King’s most popular titles include Carrie, The Shining, The Stand, Salem’s Lot, The Shawshank Redemption, and Misery. Many of his wildly creative books were turned into critically acclaimed films.

Paulo Coelho is a Brazilian lyricist and novelist best known for penning a book called The Alchemist. He had a rough childhood — his parents committed him to a mental institution several times and eventually forced him to give up his dream of becoming a writer to attend law school. Coelho dropped out and pursued his dream, writing extensively over the past few decades.

She didn’t make most of her fortune from writing, but she’s still the third richest author on the list. The heiress, entrepreneur, actor, philanthropist, and socialite was married to big-time Hollywood producer Aaron Spelling until his death in 2006. Her book Stories from Candyland was a New York Times best-seller.

James Patterson’s best-selling books focus on Alex Cross, a fictional psychologist, though he writes plenty of other types of stories. He makes about $95 million per year and has amassed more than $700 million over his lifetime. Patterson has the world record for the most #1 New York Times best-sellers.

Probably the most astounding thing about J.K. Rowling, the world’s only billionaire author, is that she didn’t get the first Harry Potter book published until she was 32. It proves once and for all that it’s never too late to find your dream job — and make billions in the process.