The Richest College Basketball Coaches of the 2018 Tournament, Including 1 Who Earns $9 Million a Year

For most NCAA basketball fans, it would be unthinkable to go through March without North Carolina’s Roy Williams or Syracuse’s Jim Boeheim. Both rank in the top five all-time for NCAA tourney wins, and Williams looked to repeat after the Tar Heels’ triumphant 2017 season.

However, neither one ranks among the top 25 highest-paid coaches going to The Big Dance in 2018. These two weren’t the only ones missing the elite circuit. Villanova’s Jay Wright, who had his sights set on a second title in three years, didn’t crack the top 15.

As the stats from USA Today showed, there’s no shortage of money in this year’s tourney. Here are the 15 best-paid coaches of the 2018 NCAA men’s basketball tournament.

After a three-year run at Cal, Cuonzo Martin got back to the tourney with Missouri in 2018. Even though the Tigers lost in the opening round to Florida State, it was a solid year (20-13) for the school, and Mizzou’s first tournament appearance in five years. Martin made $2.7 million for his troubles.

Next: This coach led his team to consecutive tournaments for the first time in 30 years.

Does it get any better than beating Duke to punch your ticket to the NCAA tourney? That’s what Buzz Williams and the Virginia Tech Hokies did in late February. With the appearance, it was the first time Tech went to the tournament in back-to-back years since 1985-86.

Next: He may not coach in the NBA anymore, but he still makes great money.

Former Mavericks coach Avery Johnson might not earn what he did running an NBA team, but he’s still one of the highest-paid coaches in this year’s tournament. Johnson earned $2.9 million for his work at Alabama, whose season ended in the second round against Villanova.

Next: This well-paid coach presided over the tournament’s toughest loss of the first round.

He’s got the name of the legendary singer and a team that won the 2018 ACC title over Clemson, North Carolina, and Duke. Maybe that’s enough to justify Bennett’s $3 million salary, even if things ended painfully to UMBC — a No. 16 seed — in the first round of the NCAA tourney in 2018.

Next: Another well-paid coach, another first-round loss to an underdog

According to ESPN, Wichita State Head Coach Gregg Marshall turned down a deal worth $4 million to coach Alabama in 2015. Instead, he stuck with the Shockers program he’s helped build since 2007 and watched his pay head north of $3 million per year.

As with other coaches on this list, Marshall’s 2018 tourney run ended in a first-round loss to Marshall (no relation), a No. 13 seed.

Next: A Final Four appearance marks this coach’s best tournament showing at Oklahoma.

In his time at Oklahoma, Lon Kruger’s high-water mark was the Sooners’ 2016 Final Four appearance. His salary of $3.1 million in 2018 marks the most he’s made at the helm of Oklahoma, which lost to Rhode Island in the opening round.

Next: There’s money coaching in Texas.

For a coach with a 50-50 record at Texas, Shaka Smart did well for himself at $3.1 million in compensation for 2018. That amount is nearly double what Smart made in his best-paid year at Virginia Commonwealth ($1.57 million in 2015).

Smart’s Longhorns exited the 2018 NCAA tournament after a tough overtime loss to Nevada in the first round.

Next: Michigan’s coach has seen mostly success in his 11 years on the job.

Without question, it’s been a great 11-year run for John Beilein at Michigan. In that time, the Wolverines won the Big 10 tournament twice, made the NCAA tournament seven times, and reached the Final Four in 2013.

Wins over Houston and Montana ensured no worse than a Sweet 16 appearance in 2018, and Beilein is getting paid well ($3.37 million) for his work.

Next: West Virginia men’s basketball has been in good hands under Bob Huggins.

With a .710 career winning percentage, you can see why Bob Huggins gets paid so well. The West Virginia coach made NCAA appearances nine times in his 11 years at the school, and reached the Final Four in 2010.

In 2018, Huggins’s tourney appearance with the Mountaineers made four straight.

Next: Arizona’s coach has a salary topping $4 million.

After drawing the No. 4 seed in ’18, it was a one-and-done year for Sean Miller and Arizona. That was heartbreaking after back-to-back Pac 12 tourney titles, but 13-seeded Buffalo was dominant in the second half and simply beat the Wildcats. Miller made $4.05 million in total compensation over the season.

Next: What would you pay for 21 straight tourney appearances, seven Final Fours, and a national championship? 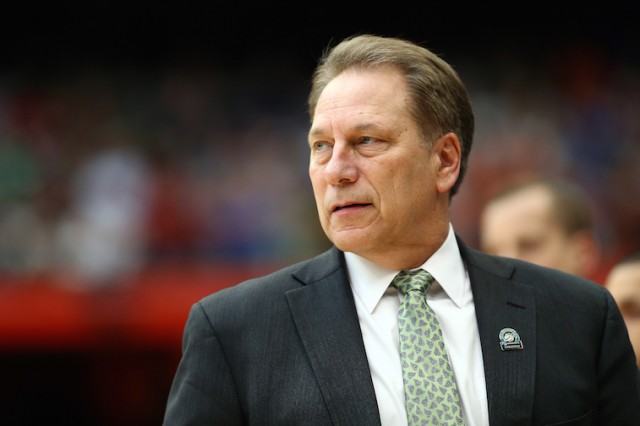 Considering Tom Izzo is not at the top of this list, it’s hard to call him overpaid. The Spartans’ 2018 tourney appearance marked the 21st straight year Izzo brought his team to the dance.

Together, they’ve notched seven Final Four appearances and one national championship (2000) in the 23 years Izzo’s spent at Michigan State.

Next: It’s been 20 straight NCAA tournaments for this Kansas coach.

Bill Self may have done it at three schools combined, but 2018 marked the 20th consecutive year he appeared in the NCAA tourney. Without question, his 15 years at Kansas have been the highlight of his career, with the crown jewel the Jayhawks 37-3 run and national championship in 2008. He also made the Final Four in 2012.

Next: Only three NCAA men’s basketball coaches make more than $7 million per year.

Buckeyes fans could not have asked for much more from Chris Holtmann in his first year at Ohio State. Holtmann notched a 25-9, won Big 10 Coach of the Year, and took the club to the NCAA tournament.

After a first-round win, the Buckeyes fell to Gonzaga, a team that’s become very tough in March Madness action. Holtmann, who earned $7.15 million in 2018, even got the Urban Meyer stamp of approval for his first year on the job. 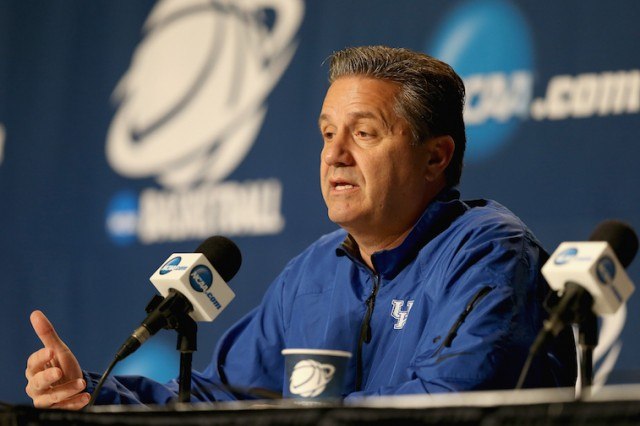 Whether you mourn or cheer the “one-year-then-NBA” recruiting pitch in college ball these days, you can thank Kentucky’s John Calipari for making it the industry standard. In his 10th year at Kentucky, Calipari won his fourth consecutive SEC Tournament in 2018.

He’s also taken the Wildcats to three Final Fours and won one national title (2012). Still, with a total compensation of $8 million, he’s so rich he can easily veer into overpaid territory.

Next: There’s no one like Coach K — on any level. 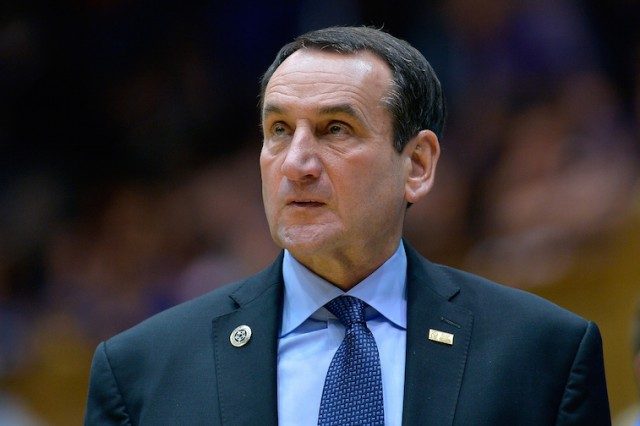 When you stand head and shoulders above your peers, you should get paid for it, and Mike Krzyzewski does with a total compensation package right at $9 million per year.

In his four decades at Duke, Coach K reached 12 Final Fours and won five national titles. With nearly 1,100 wins, he’s easily the most successful college basketball coach of all time.

Krzyzewski could coach anywhere he wants — and he’s won three Olympic Gold Medals in his spare time — but it’s impossible to see him anywhere else besides Duke. It’s the perfect match.