The Russian Economy May Be Stumbling Back to Its Feet 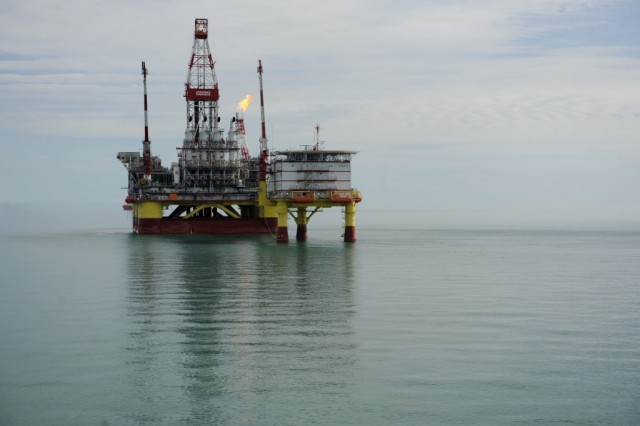 The Bank of Russia has cut interest rates for the third time so far this year, reinforcing forecasts by some government ministers that the country’s economic woes are beginning to stabilize.

The central bank cut its key rate on April 30 to 12.5%, a reduction of 1.5 points, and said it would reduce it further — perhaps at its next board meeting on June 15 — as inflation cools down. The reason in part is to keep the ruble from rising too quickly in value, which would make Russian exports, notably oil and gas, more expensive on the world market.

The ruble has been on a roller-coaster ride the past several months because of the plunging price of oil and Western sanctions imposed on Moscow for its involvement in the crisis in neighboring Ukraine. The currency hit a record low against the U.S. dollar in December, but was up by 13% compared with the dollar just before the Bank of Russia acted.

This year began with an emergency rise in the key interest rate in January to help shore up the ruble. That evidently worked, and the central bank quickly lowered the rates in January and March to help cool off the quickly rebounding ruble.

Many analysts, though, believe the Bank of Russia will be careful in adjusting interest rates to control the value of the ruble because outside forces could do the job themselves. One is Alexey Tretyakov of Aricapital Asset Management in Moscow. He told Bloomberg he believes that the bank “doesn’t want to make too drastic decisions to weaken it.”

“The ruble can weaken during summer months by itself, just under the influence of seasonal factors, like dividend payments and a lower current-account surplus,” Tretyakov said.

“Oil prices are not as important to the Russian economy as before,” he told Bloomberg TV on April 20. “As far as oil prices are concerned, we can live with different prices and still grow. … [O]ur banking system and the economy are stabilizing.”

This view doesn’t entirely jibe with a report the World Bank issued on April 1, “The Dawn of a New Economic Era?,” which said strong Western sanctions and the drop in oil prices would leave the Russian economy in worse shape than many had expected. It said Russia’s economy would shrink by 3.8% this year and contract 0.3% more in 2016.

Nevertheless, the World Bank praised both the country’s political leadership and the Bank of Russia for their handling of these challenges, which it said helped prevent a recession last year.

“The government and the Central Bank moved swiftly; policy responses to both shocks were adequate,” the report said. “The economy was stabilized successfully: The planned switch to a free float of the ruble was advanced to November, and other measures to support financial stability were introduced promptly, including the recapitalization of banks in December.”

Perhaps the current effort to stabilize the ruble will be similarly successful.