The Seattle Seahawks Curse: Who Else Will Fall Prey?

If you are an Arizona Cardinals fan, be afraid, very afraid. As the Western Division team embarks on its seventh game on Thursday night in a home tie against the Seahawks, kudos to The Wall Street Journal for unearthing a very interesting trend. Teams that have played the Seahawks this season have been defeated in games the following week on all five occasions so far this season.

Not that playing the Marshawn Lynch-powered team has been a cakewalk either — the Seahawks enter Thursday’s game with an ominous 5-1 record, but the Cardinals coaching staff might as well have their eye on the next game. The five teams to have played the Seahawks have been bruised in their next match-up, with all but the Carolina Panthers tasting defeat by a more-than-10-point margin, the Journal points out. It’s a good thing the Cardinals will have a 10-day hiatus after they strut their stuff at the University of Phoenix stadium on Thursday night.

Here’s a quick look at how teams have fared in the week after playing the Seahawks: 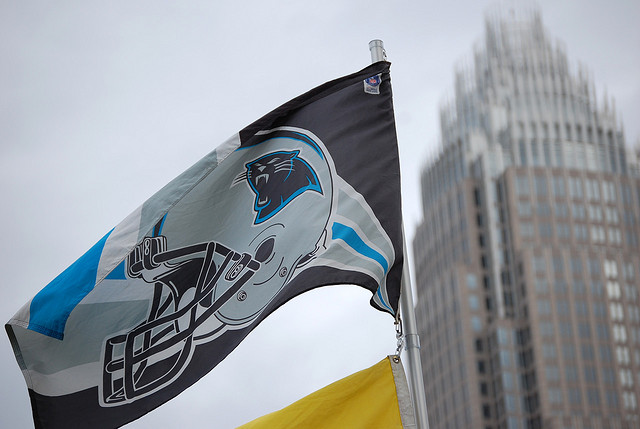 The Panthers opened their quest for the Super Bowl against the Seahawks, and went down 0-2 very quickly with a close 24-23 loss against the Buffalo Bills. It’s a good thing the Panthers had the New York Giants up next, as they comfortably trounced the 2012 champions 38-0.

The 49ers started off well against the Packers but ran up against an in-form Seahawks, losing 29-3. But it was also the start of what can only be described as the Seahawks curse this season as they went up against the Indianapolis Colts the week after, and left the home fans dejected with a 27-7 defeat.

What happens when you pit a team on a hot run against a side struggling to put the pieces in place? Not a whole lot of good. The Jaguars went down by their biggest margin, losing 45-17, only to be mauled by the Colts 37-3 in the next game. They haven’t really found their feet since, still seeking their first win this season.

Perhaps we could put this one down to just plain shock. The Texans, who were up 20-13 with less than 3 minutes on the clock, first surrendered the lead and then the game in overtime against the Seahawks at home. The defeat was agonizing and they never really showed up against the 49ers at Candlestick Park, losing 34-3.

Maybe it wasn’t just a Seahawks thing. Maybe, just maybe, it had something to do with the Colts, who took on two of Seahawks’ opponents in the “cursed” week. Only way to find out was to see what happens after the Seahawks faced off against the Colts. Especially considering that the Colts handed them their first defeat of the season.

What happened was the Colts falling to only their second loss this season, as they lost to the San Diego Chargers. Surely, this has to be a curse.

Much before the Cardinals face the “week-after-Seahawks” test, we will get to know if this curse can really spread its fangs deep into the season. The Tennessee Titans will take on the 49ers at home this Sunday. Perhaps they could find a way to put an end to this streaky streak and offer some relief for Carson Palmer’s Cardinals.