The Secret Dark Side of Working as a Flight Attendant

Many people dream of traveling the world — and some even imagine the glamorous life of a flight attendant who gets paid to do so. After all, not everyone can swim with turtles in Hawaii one day and climb to the top of the cascading Yosemite Falls the next.

As exotic as it all may seem, both research and first-hand stories from flight attendants reveal there are several serious downsides to the job. Here we’ll list eight of them, including punch-throwing passengers (page 5) and bloodsucking human predators (page 8). 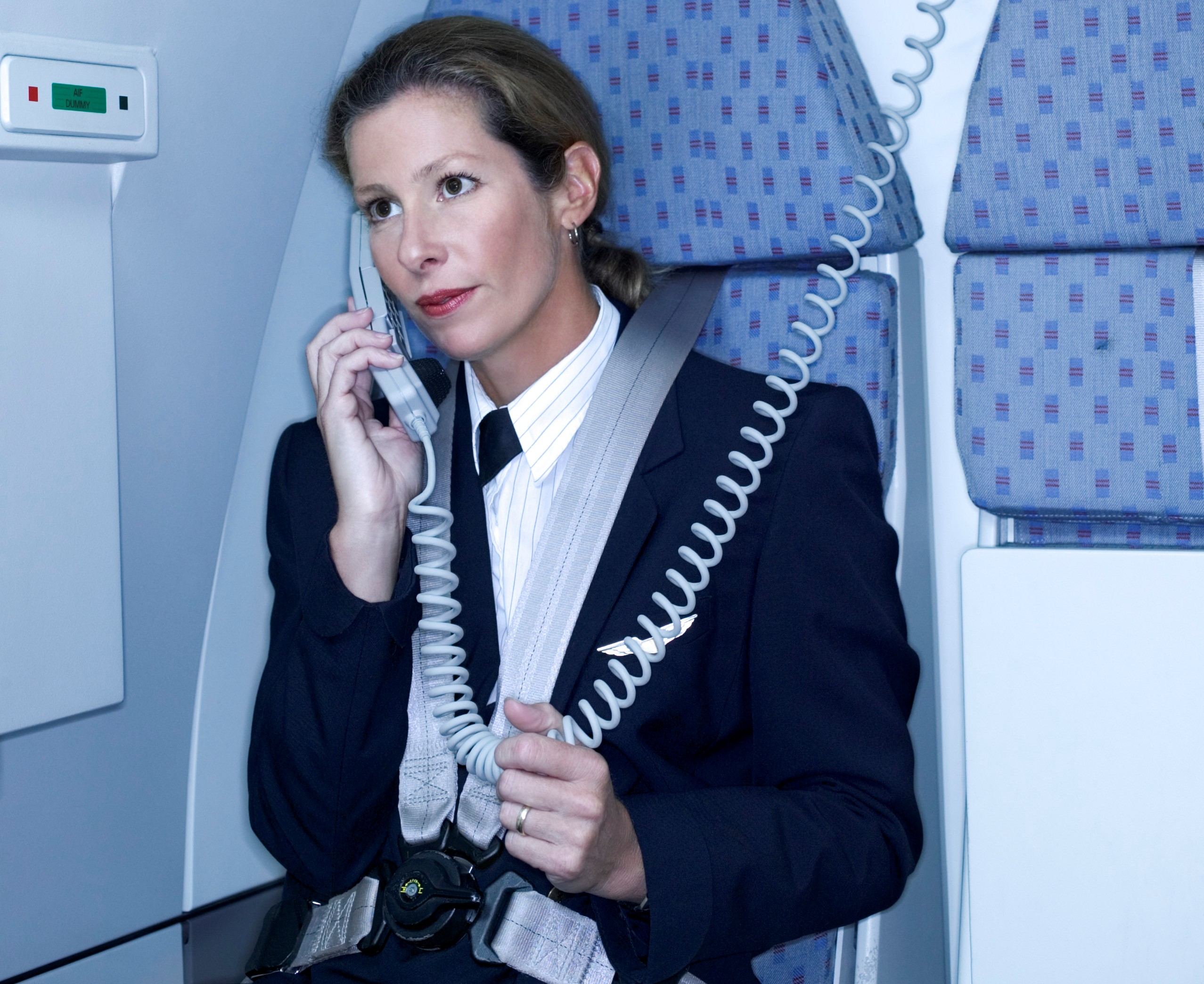 Sadly, for flight attendants, sexual harassment is a given nowadays, Huffington Post reported. The news outlet spoke with various flight attendants, all of whom reported unwanted physical contact while working. One said she was pushed into a corner and touched by passengers, with no one to turn to for help.

She realized “there is no support in the industry. The pilots aren’t trained to handle assault and they don’t want to hear it. It’s not their job,” Dawn Arthur said.

Next: Why it’s tough when you’re a newbie

2. Crazy hours and a hectic schedule 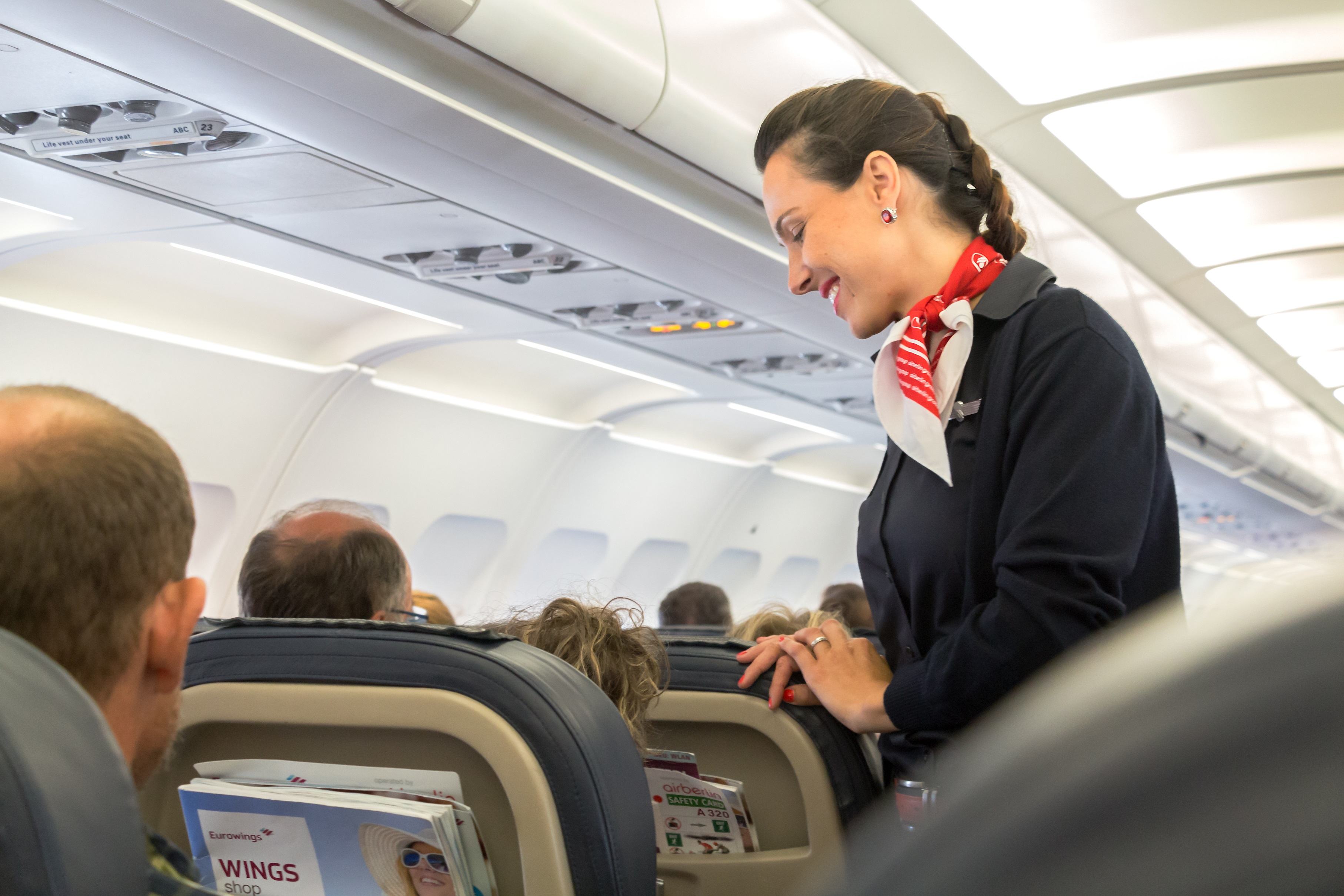 The hours are long and tiring. | Ruben Ramos/iStock/Getty Images

Newer flight attendants get stuck with red-eye flights, nights, weekend, and holidays as they move up the totem pole. (Not to mention newbies report earning a low salary.) “Low Pay-long hours to start,” one flight attendant lamented on Reddit.

“The reality of this job can sometimes mean working 3 flights, dealing with rude customers, and then sleeping for only 6-7 hours in a hotel room in some random city just to wake up and do it again the next day,” wrote blogger Jenna from The Runway Journal.

Next: An invisible but deadly risk 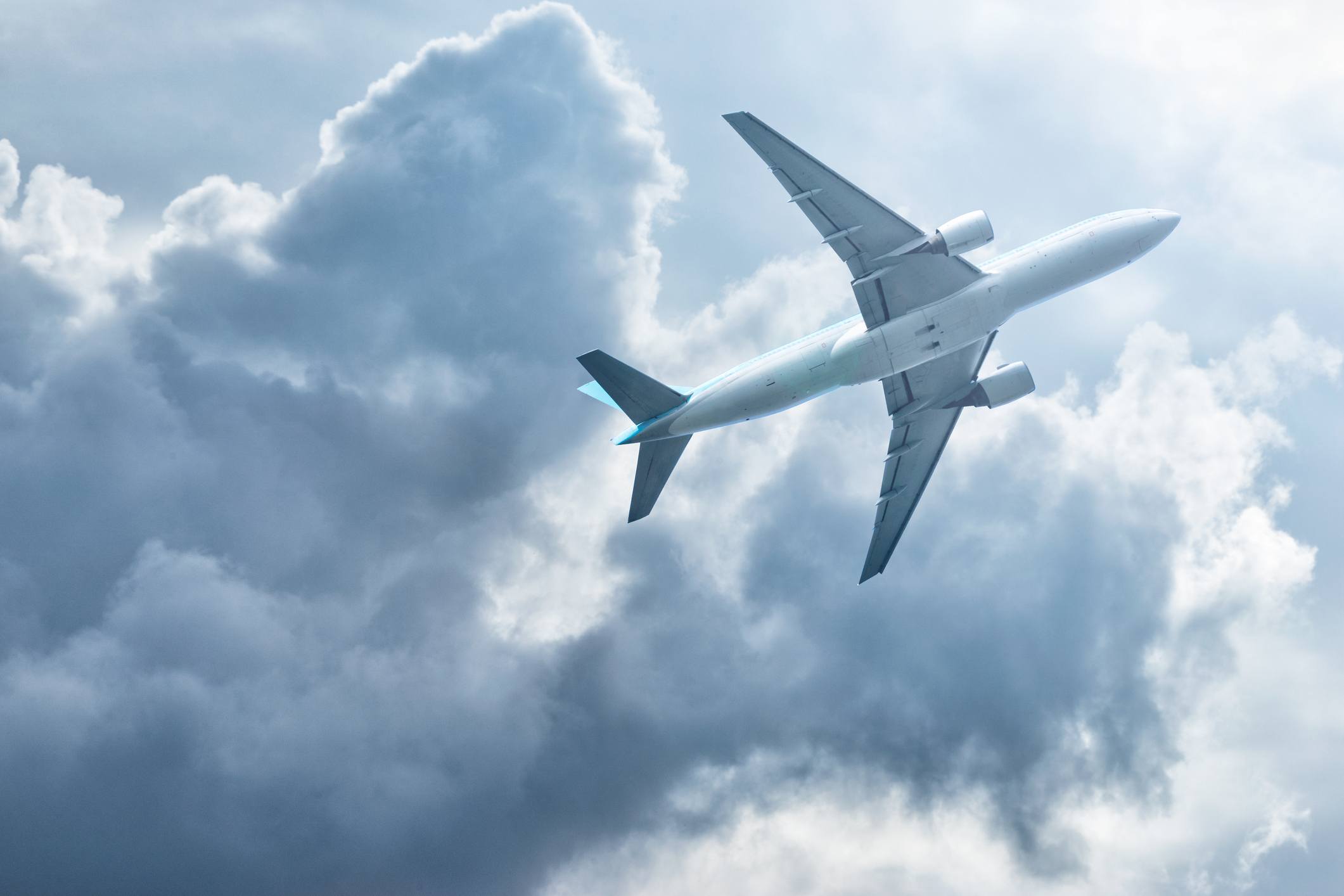 Frequent flyers and flight attendants are exposed to a lot of radiation. | Dr.Fly/iStock/Getty Images

Cosmic radiation is a lesser-known danger associated with a flight attendant’s job. Planes pass through invisible yet highly-charged particles in the atmosphere that could harm humans’ health. Their damage to tissues has been associated with cancer. Those higher in the air face much higher exposure to this radiation than those on the ground.

Next: A heartbreaking potential job risk 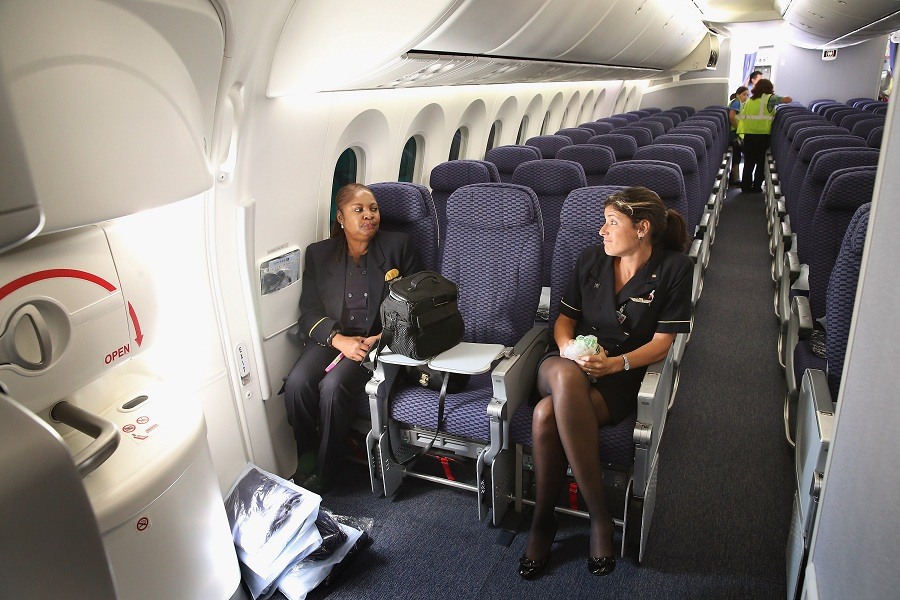 Long hours and interrupted sleep can have an effect on fertility. | Scott Olson/Getty Images

Working during your normal sleep hours can interrupt your circadian rhythm, the CDC warns. In women, these rhythms regulate your menstrual cycle and pregnancy hormones. Working overtime and across time zones could also affect them.

In addition, the aforementioned cosmic radiation exposure may cause infertility, studies suggest. Not only could it a woman’s ability to become pregnant, but it could also increase miscarriage risk: Flight attendants have twice the number of miscarriages as other women, by one report.

Next: A punch in the face wasn’t in the job description. 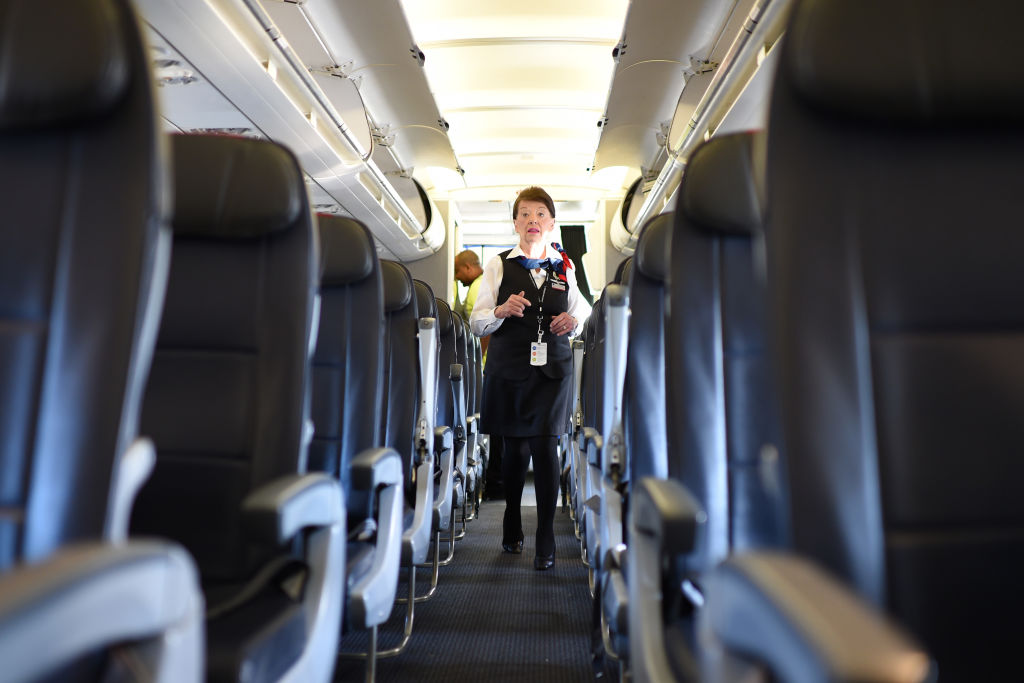 Flight attendants have been put through the ringer by some passengers. | Eric Baradat/AFP/Getty Images

Being in an enclosed space for hours can bring out the worst in anyone. However, some take it to new levels. In March 2018, an unruly passenger punched a flight attendant in the face en route to Texas from Florida. The assault happened when crew members sought to calm him when he stood up and yelled the plane was going the wrong way. The pilot diverted the flight so waiting authorities could arrest the man.

As a last resort, the cabin crew can handcuff aggressive passengers, wrote flight attendant and blogger Riina Keinonen. “Thankfully I’ve never had to go that far.” 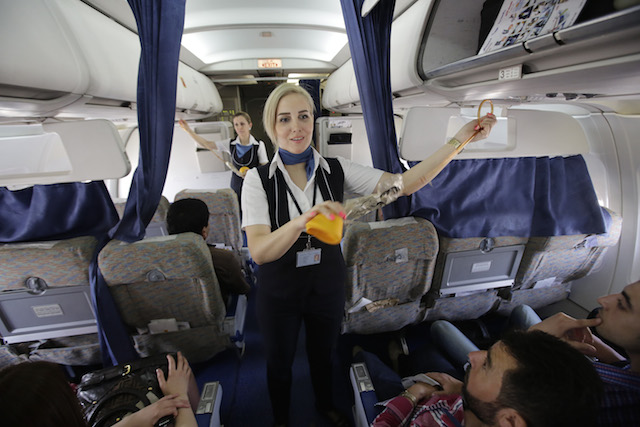 Flight attendents have to deal with a number of emergencies. | Joseph Eid/AFP/Getty Images

However, flight attendants are not doctors; they often seek out physicians onboard to assist with emergencies. Fortunately, for 80% of in-flight medical events, a health care provider is available and responds.

Next: The passenger who’s had one drink too many 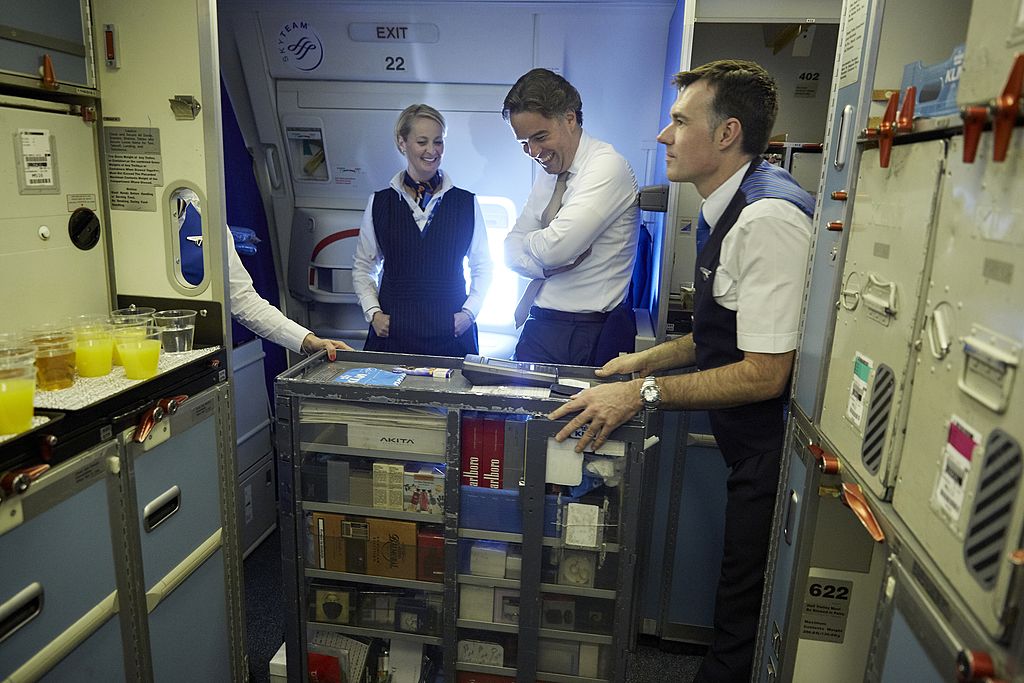 Flight attendants need to know when to cut passengers off. | Martijn Beekman/AFP/Getty Images

While some passengers enjoy an in-flight cocktail or two, others don’t know when to stop. Flight attendants will often stop serving alcohol to people who appear intoxicated. This can be delicate in confined spaces.

“It’s a fine line because sometimes when you tell somebody they can’t have another drink, you just end up making them angry and they get even louder,” veteran flight attendant Rene Foss told CNN. Some diffuse the situation using humor, while others call in a coworker for help — in hopes that a fresh face will do the trick.

Next: Bloodsuckers that cause bleeding and welts 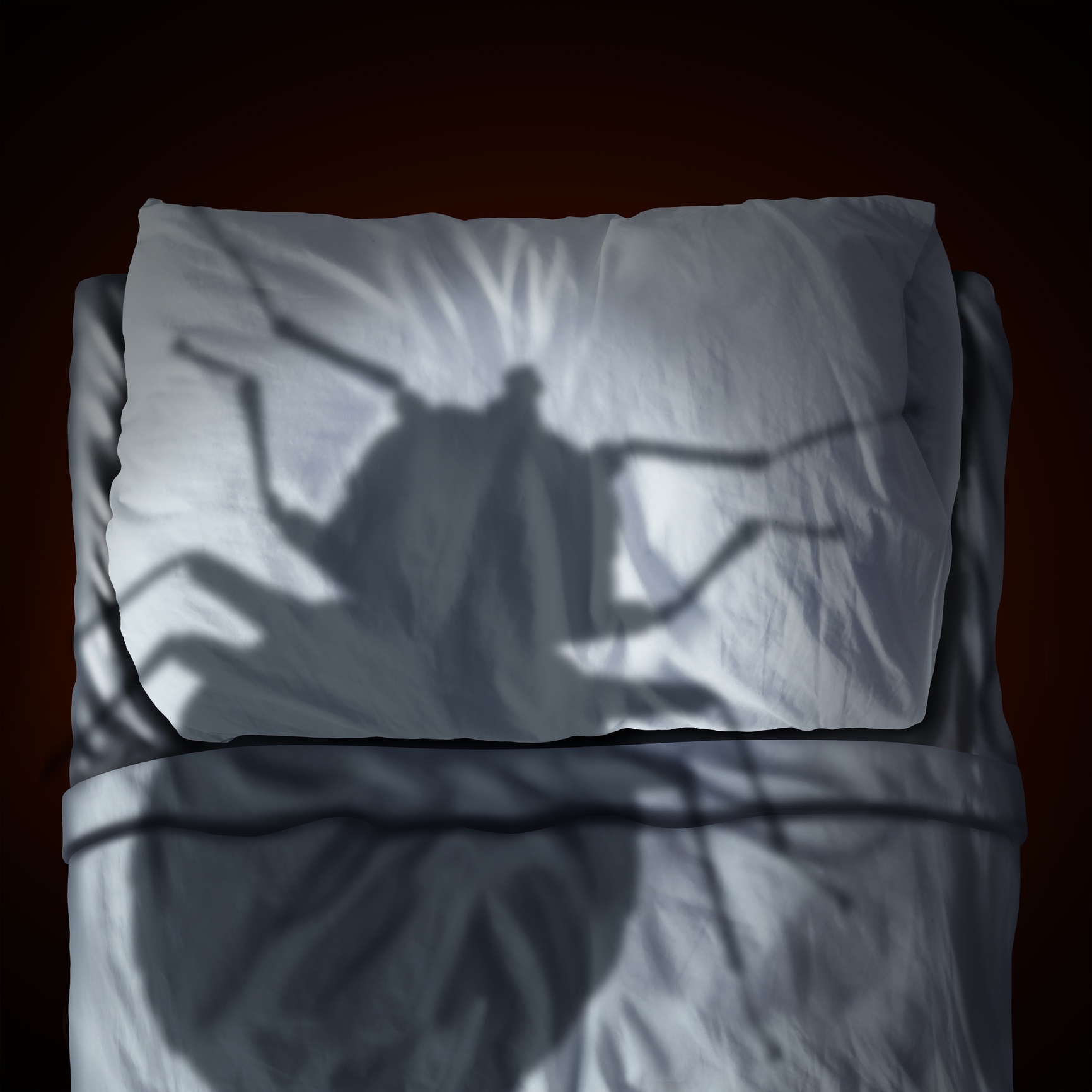 Some airlines, including British Airways, have had bed bug infestations. While anyone onboard such a plane could be affected, crew members are at higher risk in general due to their frequency in flying. The blood-sucking insects cause painful welts — and to make matters worse, they can hide in clothing and bags, hitching a ride home with you.

As frequent hotel visitors, flight attendants need to be vigilant for bed bugs there as well.