The Shale Boom Is Just Getting Started: Interview with Tyler Cowen 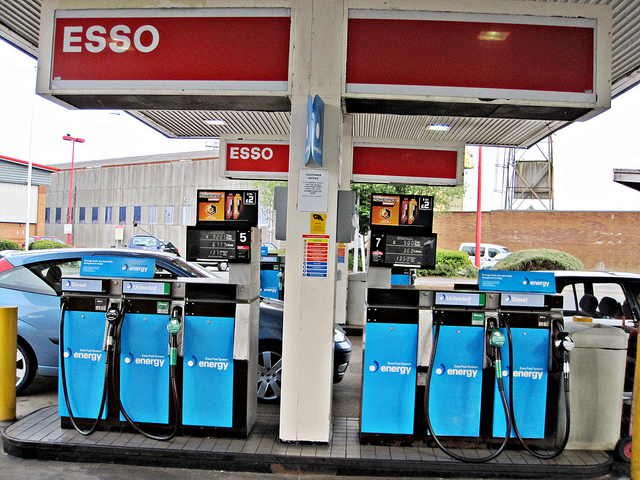 Thanks to the shale boom, markets already perceive the trade balance optimizing, energy prices are cheaper than they would otherwise be, and we’ve even cut carbon emissions. We are only getting started, according Tyler Cowen, New York Times best-selling author and one of the most influential economists of the decade.

While we aren’t likely to get past the American public’s irrationality over gas prices at the pump and their confusion about why this hasn’t translated into lower gas prices, but that doesn’t change the fact that our shale boom is only just beginning to affect the global economy. The only question is who will be the next to latch on to this revolution.

Cowen gives us the long view in his most recent book, Average is Over: Powering America Beyond the Age of Great Stagnation, and in an exclusive interview with Oilprice.com, he discusses the following:

•    Why energy-intensive investment is our real future
•    Why peak oil isn’t an issue for at least 3 decades
•    Why Syria is impossible to predict
•    Why U.S. gas exports are a win-win situation
•    How the U.S. shale boom has benefited the economy
•    How the shale boom is just getting started
•    What the general public doesn’t get about gas prices
•    Why we can’t do much to stop energy market manipulation
•    Who’s right about climate change?

Interview by James Stafford of Oilprice.com

Tyler Cowen: The Great Stagnation first shows up in the data in 1973 when income growth slows and productivity growth falters. It’s hard to avoid the conclusion that this has something to do with the end of the age of cheap energy. In my view sustainable economic growth is more dependent on energy than the share of the energy sector in GDP would indicate. Energy-intensive investments are more likely to build for our future, compared to the productivity mess known as our service sector.

I do not, however, think we are seeing the end of unexploited natural resources — just look at fracking. But every now and then we take a pause before extraction technologies race ahead once again. We’ve been living in that pause for much of the last 40 years — a scary thought.

Oilprice.com: Should we still be talking about “Peak Oil”?

Tyler Cowen: I don’t see “peak fossil fuel” being a binding constraint over most of the next 30 years.  That said, new supplies take a while to come to market, and the global economy is still constrained by oil supply scarcity. This was evident during the price spike dating from the time of chaos in Libya. There just wasn’t enough oil for the global economy to manage a higher growth rate, and only now is the US economy moving beyond that constraint. India still faces it.

Oilprice.com: There are rival theories concerning what a potential US direct intervention in Syria would do to oil prices. How do you see this playing out?

Tyler Cowen: It would depend what we do and when we do it, and in any case I don’t see this as an easy matter to predict. Perhaps the best prediction is that the situation festers and we don’t have a direct US intervention at all.

Oilprice.com: Does the conflict in Libya provide us with insight into what would happen to oil prices in the event of a US intervention in Syria?

Tyler Cowen: As mentioned above, the price experience and the growth slowdown from the Libyan crisis is far from encouraging. As for Syria, China would very much like to see a peaceful resolution of this entire situation and they do not care per se who comes out on top. Since the U.S. and China want in broad terms the same thing from this conflict, there is a good chance that can happen.

Oilprice.com: As the debate continues over whether the U.S. should export unlimited natural gas or keep it at home, what would be better for the U.S. economy over the long-run, and why?

Tyler Cowen: Trade benefits both nations. And it will encourage the supply of gas all the more in the longer run. This is a win-win, and I see no good reason to restrict exports.

Oilprice.com: Approvals for U.S. LNG export projects appear to be picking up momentum. Has the export question already been decided?

Tyler Cowen: The overall record of the US federal government is pro-business and pro-export, and I see no reason to bet against that record this time around.

Oilprice.com: How has the U.S. shale revolution affected the American economy?

Tyler Cowen: Our trade balance will be coming into order and markets already see this.  Energy prices are cheaper than they would be. We’ve even cut carbon emissions, unexpectedly.

Oilprice.com: What the general public remains confused about is why gas prices are so high amidst this shale boom. How do we address this on a level that is accessible to a general audience?

Tyler Cowen: The shale boom is just getting started, most of all on a global level. And a lot of complicated substitutions are required for shale gas to lower retail gasoline prices, for instance greater use of gas to power transportation. The U.S. public never has been very rational about the price of gasoline, and don’t expect that to change anytime soon.  Gasoline is a price which we see and pay very often, too often. That means voters remember it all too well.

Oilprice.com: How has the U.S. shale boom affected the global economy, and how will U.S. exports play into this?

Tyler Cowen: Our shale boom is only starting to affect the global economy. The question is who else will follow suit. Russia? Argentina? Poland? We will see, but I expect a lot more supply to come on line.

Tyler Cowen: Not much at all.

Oilprice.com: Is this a trend we can’t stop?

Tyler Cowen: We can’t stop it easily. Consumers are not really the losers here, rather some traders benefit at the expense of others. There is more churn than we would like to have in prices and short-term inventories. That’s a problem, but pretty far down on my list of worries.

Oilprice.com: On a social level, with the fashion for choosing to become a banker rather than, for instance, an engineer, are things like market manipulation becoming … acceptable — a sexier sort of crime?

Tyler Cowen: Finance is still where the big money is, though for fewer people than before.  This is perhaps slightly encouraging, as I would rather see more top minds go into science, engineering, and other fields. But in finance a smart young person can make a mark quickly, more so than in most sciences or businesses (tech aside) so finance will remain a big draw for young talent.

Oilprice.com: As the “debate” over climate change has taken on polarizing political proportions, it’s better to ask an economist. How can climate change affect the economy?

Tyler Cowen: We’re going to find out, I have to say.

Tyler Cowen is the Holbert L. Harris Professor of Economics at George Mason University and General Director of the Mercatus Center. He received his PhD in economics from Harvard University in 1987. His book The Great Stagnation: How America Ate the Low-Hanging Fruit of Modern History, Got Sick, and Will (Eventually) Feel Better was a New York Times best-seller. He was recently named in an Economist poll as one of the most influential economists of the last decade and last year Bloomberg BusinessWeek dubbed him “America’s Hottest Economist.” Foreign Policy magazine named him as one of its “Top 100 Global Thinkers” of 2011. He co-writes a blog at www.marginalrevolution.com and has recently inaugurated an on-line education project, MRUniversity.com.