While news reports of NFL players committing crimes seem to surface frequently enough, occasionally we do see stories of the players themselves being victims of crime. In fact, NFL players are more likely to be murdered than are members of the general U.S. population — six times more so, according to one report.

This statistic might also ring true for violent crimes such as robbery. At least one news story seems to surface every year about an NFL player being burglarized or robbed  — often at gunpoint, sometimes involving injury or even death.

“Athletes in some respects constitute more attractive targets,” said criminology professor and author Gary Kleck. “They have a high public profile and are known to have wealth and items that can easily be stolen, such as jewelry.”

Here we’ll take a look at the stories of eight NFL players who have been victims of robbery or burglary. Some have received justice, while others haven’t been as lucky.

Gronkowski’s home was robbed while he was at the Super Bowl. | Maddie Meyer/Getty Images

In February 2018, while Rob Gronkowski was in Minneapolis, where he scored two touchdowns in the Super Bowl, his Massachusetts home was burglarized. The burglary was reported at 6:18 p.m. on Feb. 5, Foxborough, Massachusetts, police said.

According to a Broadcastify.com police recording, a dispatcher said “multiple safes and possible guns” were taken from the home of Gronkowski, 28. Police officially said they would not release any further information about the active investigation at the time. Gronkowski is a tight end for the Patriots, who lost the Super Bowl to the Philadelphia Eagles 41-33.

Next: Two NFL players held up at gunpoint 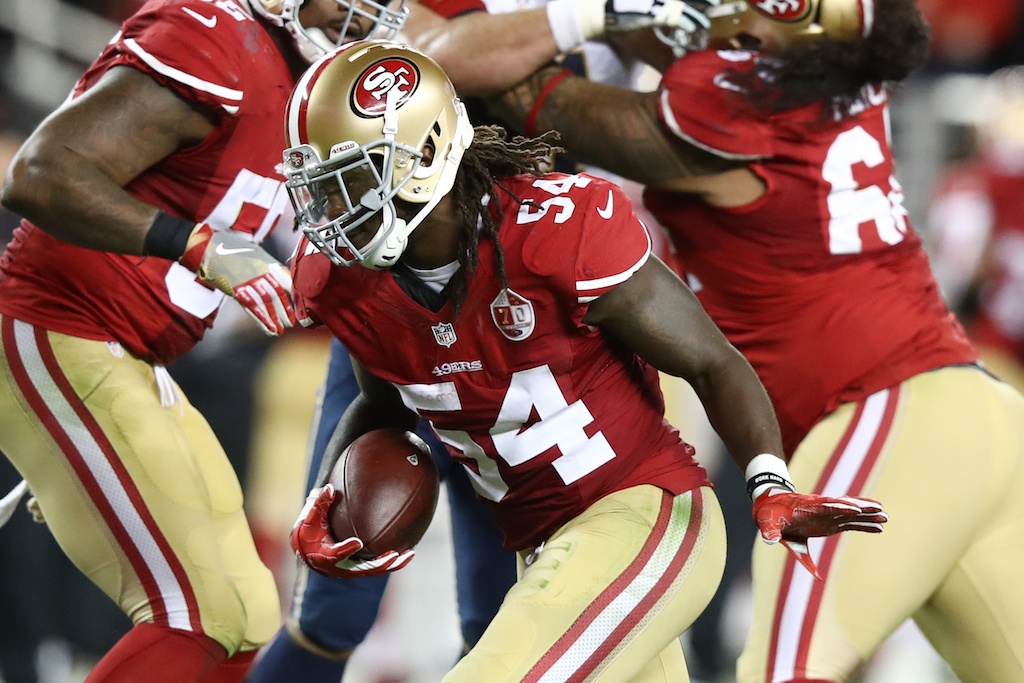 Ray-Ray Armstrong (above) and Foster were able to get away. | Ezra Shaw/Getty Images

In October 2017, two San Francisco 49ers players were held up at gunpoint in an attempted robbery in their team’s city. Ray-Ray Armstrong and Reuben Foster were at a nightclub when they noticed a suspicious-looking white Audi circling the building. Foster gave his jewelry to a friend and requested security to escort them outside to their car.

After they got outside, two masked men approached them, carrying an assault rifle and a handgun. The two players started to run and were able to escape unharmed. They called police from a nearby hotel. The men who attempted the robbery escaped and were never apprehended.

Next: A first-round draft pick was in a threatening situation. 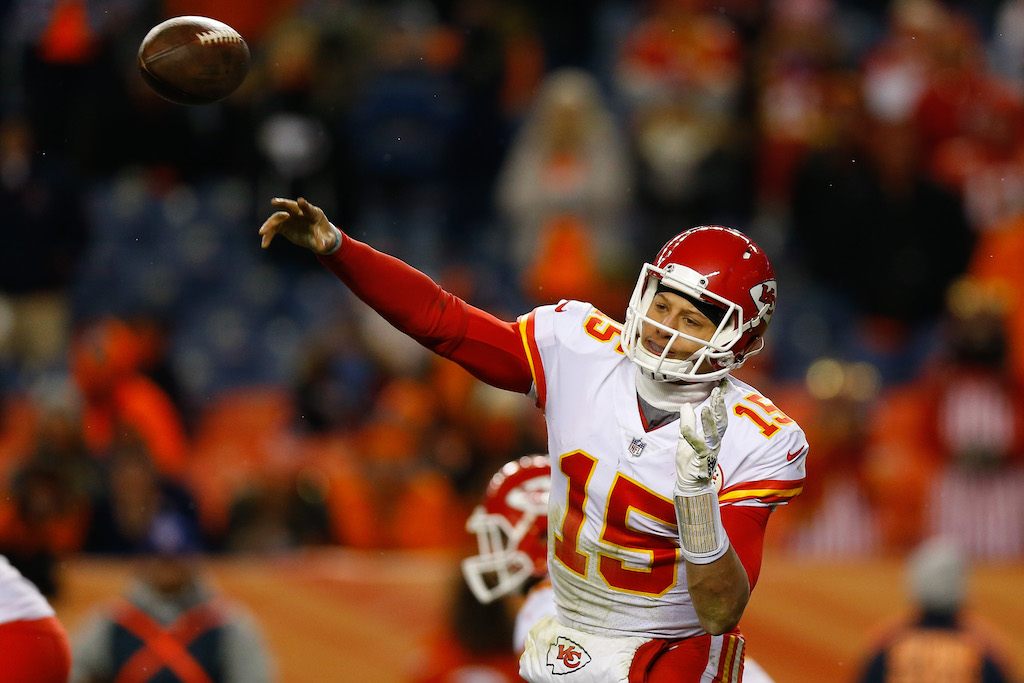 Patrick Mahomes was the target of a random attack. | Photo by Justin Edmonds/Getty Images

Kansas City Chiefs first-round draft pick Patrick Mahomes was robbed at gunpoint in May 2017, according to reports. Mahomes and three others were getting out of a vehicle in Smith County, Texas, when they were approached by two men. One of them gestured that he had a handgun and demanded personal belongings.

After the incident, police were able to locate the vehicle and stolen property, and they arrested two suspects. Police believed it to be a random act in that the thieves did not realize Mahomes was an NFL player. Michael Blake Pinkerton was eventually sentenced to 12 years in prison for the crime.

Next: A player was drugged and robbed. 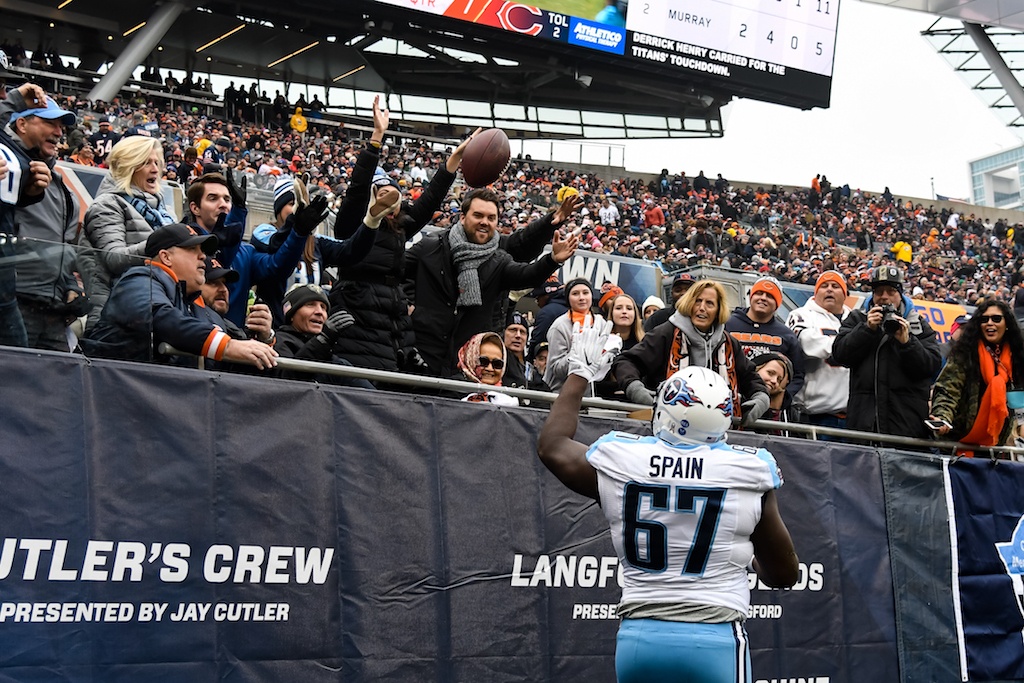 Quinton Spain was one of several robbed during the Pro Bowl. | David Banks/Getty Images)

During Pro Bowl weekend in February 2017, Tennessee Titans player Quinton Spain was drugged and robbed of $113,000 worth of jewelry. After Spain met a woman at an Orlando nightclub, the two went to a hotel room where the woman made him a drink, he said. He doesn’t remember anything after that until he woke up to find he was missing two gold chains and a Rolex watch.

Two other men reported being victimized in similar incidents in the Orlando area during the same Pro Bowl weekend. In both of those cases, the men were given drinks, fell asleep, and later woke to find their valuables missing.

Next: A player who was kidnapped

In February 2016, Earl Wolff, then a three-year NFL veteran, returned to his hometown of Fayetteville, North Carolina, to celebrate the birthdays of his mother and a friend. Around midnight he was leaving a house when he was kidnapped at gunpoint by masked men, he said.

After realizing he was an NFL player, the gunmen drove him to the bank so he could retrieve money for them, Wolf said. He told police they also drove to his friend’s house to extort money from him. Wolf also suffered cuts on his right knee when he was slashed with a gun.

Fayetteville police went on to arrest Bobby DeShawn Bailey and charged him with robbery with a dangerous weapon, first-degree kidnapping, possession of a stolen vehicle, and more. Wolf was a safety for the Jacksonville Jaguars at the time of the incident.

Next: An unlucky player robbed twice in one day 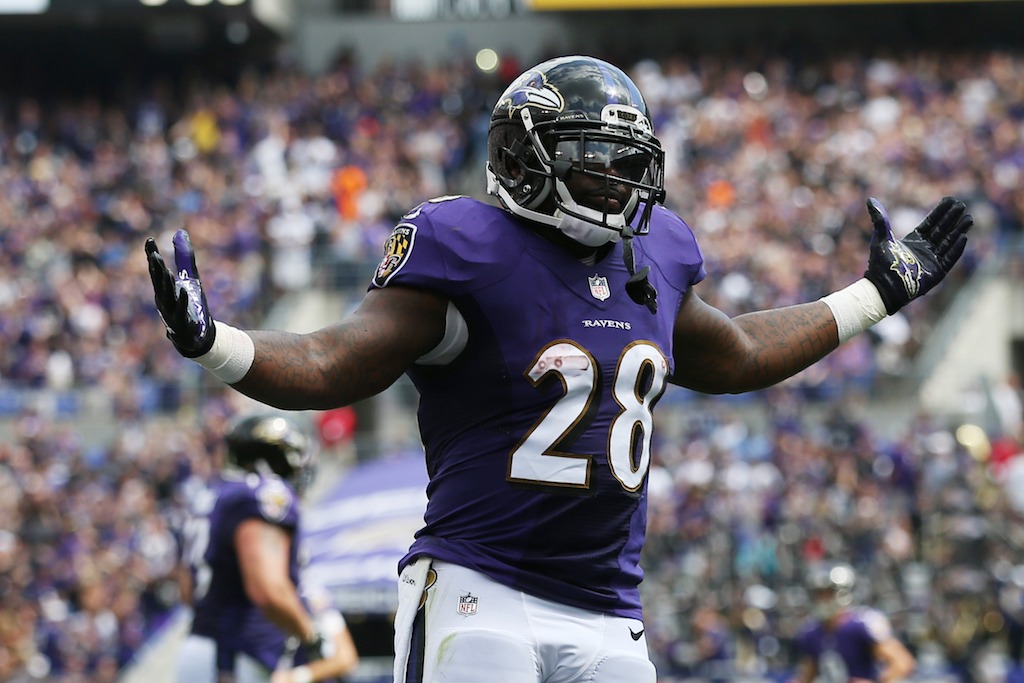 Lightning might not strike the same place twice, but robberies apparently do — sometimes in the same day. In 2016, Baltimore Ravens running back Terrance West was robbed at a Miami hotel twice within a few hours’ span. In the first incident, women West had chatted with in the lobby were later able to obtain the key to his room from the front desk. They entered the room and stole two Rolex watches, reports said.

After West reported the theft that night, he answered a knock at his door, and a man forced his way into the room where he threatened West and West’s friend. The man indicated he had a firearm and demanded cash. West handed over $5,000. West went on to seek legal damages from the hotel, and a settlement was reached.

Next: His jewelry was swiped from his safe. 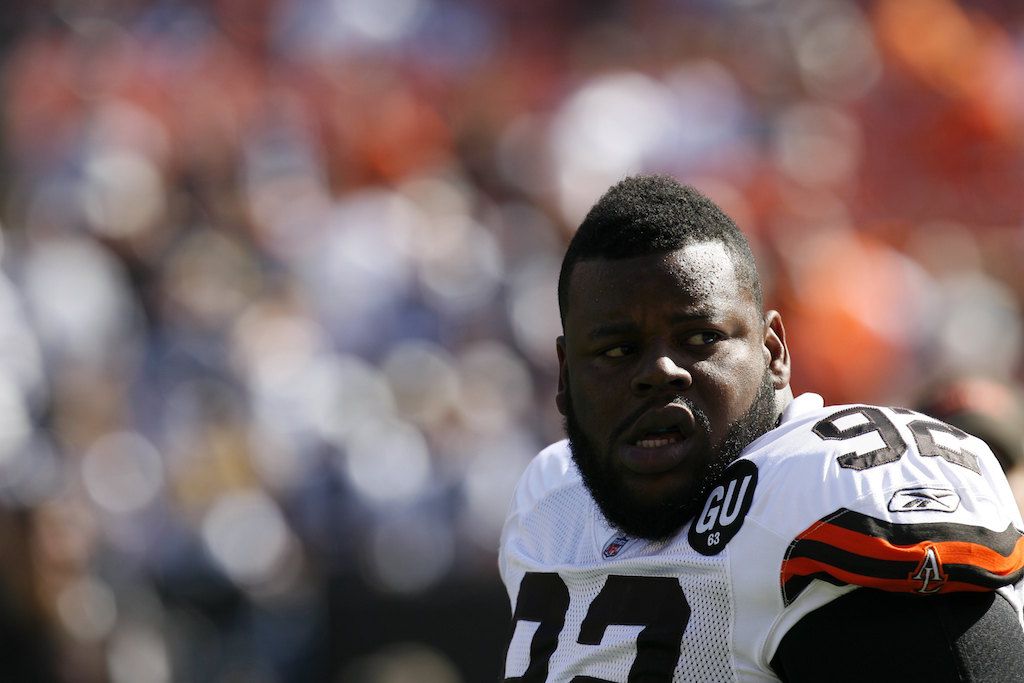 In a 2013 incident similar to that of Quinton Spain, New York Giants defensive end Shaun Rogers left a nightclub with a woman he had just met and took her to his South Beach hotel room. Upon arrival, he removed $100,000 diamond earrings, two $160,000 watches, and a $50,000 gold necklace and put them in the hotel room’s safe.

When Rogers woke up the next morning, both the woman and his jewelry were gone, he told police. Four months later, police arrested Subhanna Beyah, 25, for this crime and other larcenies where jewelry and cash were taken. She was identified as one of four women who was said to have picked up men at upscale bars, drugging them and stealing their valuables.

Next: A player who didn’t get out of it alive 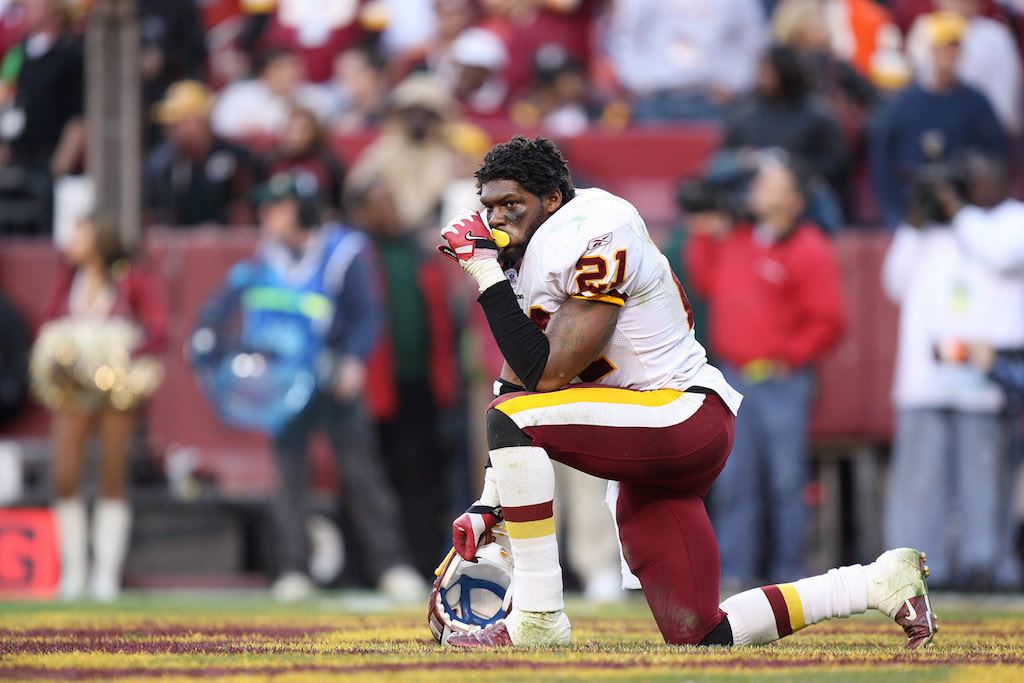 In a sad story from 2007, Washington Redskins star Sean Taylor, 24, was killed during a botched burglary at his Miami area home. One of the five men charged admitted they didn’t know Taylor had a knee injury and therefore thought he would be away playing in the Redskins game.

One of the intruders shot Taylor in the leg after he confronted them inside the house with a machete. Taylor later died from the injury at the hospital. His girlfriend and their 18-month-old daughter were not injured. All five of the intruders were sentenced and are behind bars today.