Tragically, fashion designer Kate Spade was found dead in her Manhattan home on June 5, 2018. The talented businesswoman, 55, made her mark on the fashion history for her colorful, iconic line of handbags. Upon their release in the 1990s, these bright accessories became an instant hit among young career women.

Spade helped change the handbag world in a big way. Here, we’ll show you the unconventional, daring way she started her business (page 4) and the surprising thing you might not know about her involvement in the company she founded (page 7). 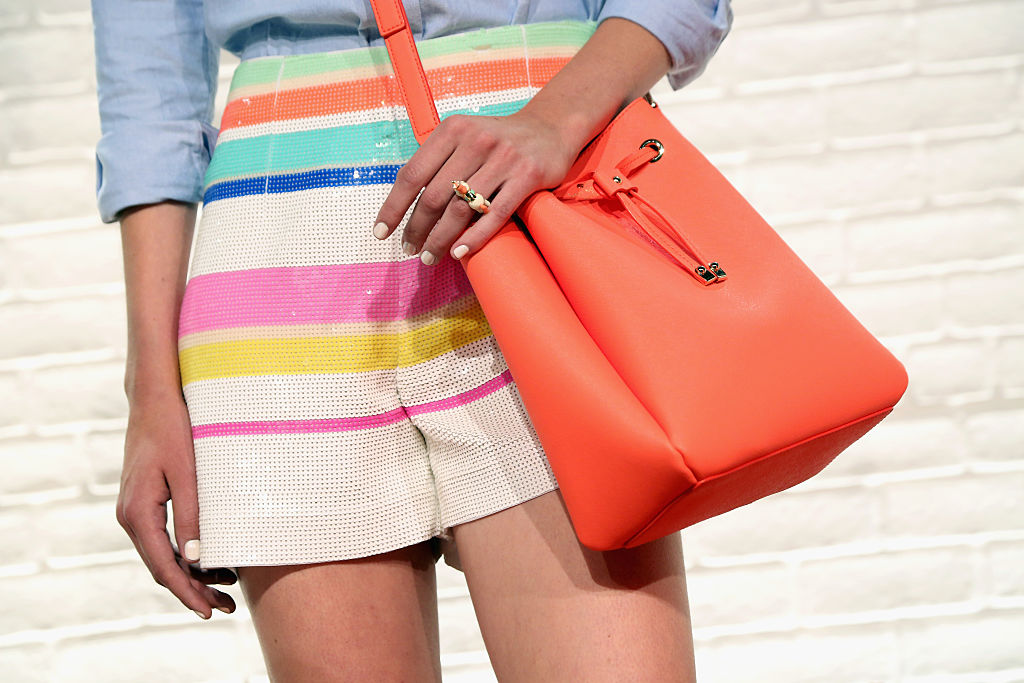 Fans of Spade’s handbags mourned the death of the fashion icon by posting pictures of their beloved bags. “It takes a beautiful mind to design beautiful things,” one tweeted. “When I first got a job with a livable wage, one of my first purchases was a Kate Spade … This is so sad,” another chimed in.

The bags have been described as brightly-colored gems and whimsical totes. “L.L. Bean meets Prada,” is how Spade described her line. She found success with preppy bags in neutrals and vibrant hues alike. She kept prices down by focusing on alternatives to leather, such as wool, tweed, linen, and nylon.

Next: See who the bags were popular with and why.

The bags became popular in the 1990s 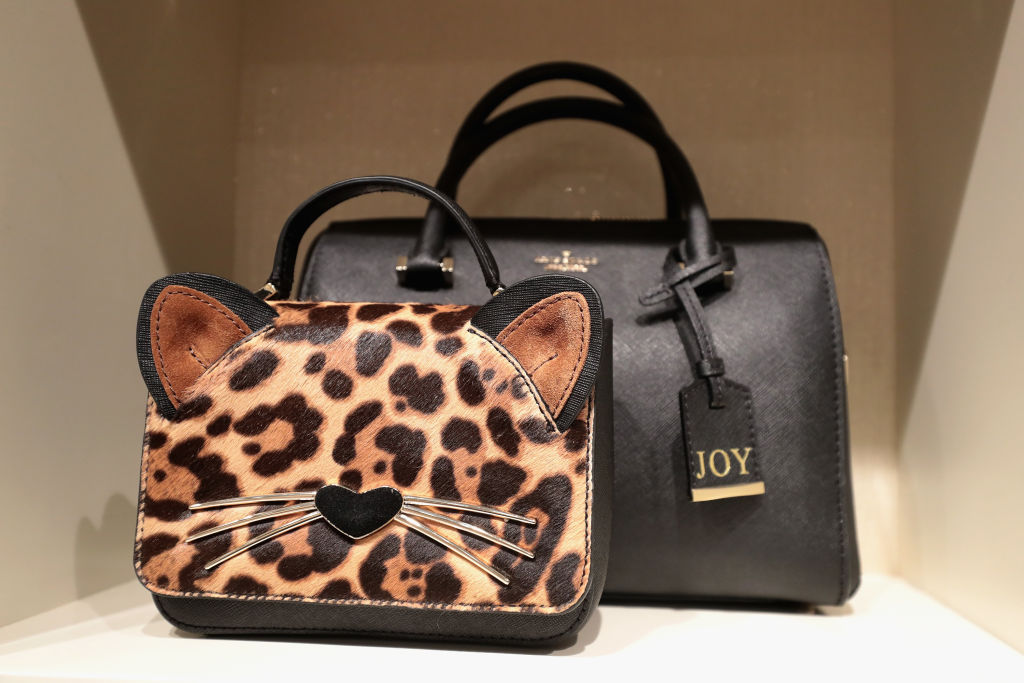 Many women remember buying their first Kate Spade handbag in the 1990s as their first “grown-up” purse. Young career women saw the bags as a refreshing alternative to the more expensive Prada and Coach bags which they couldn’t yet afford.

The bags’ mid-range price was several hundred dollars, which put them in attainable range for professionals new to the working world. Department stores like Barneys picked them up, and fashion magazines like Vogue featured them. They were spotted on the arms of posh celebrities like Gwyneth Paltrow and Nicole Kidman.

Next: Spade started in a different career and married the brother of a famous actor. 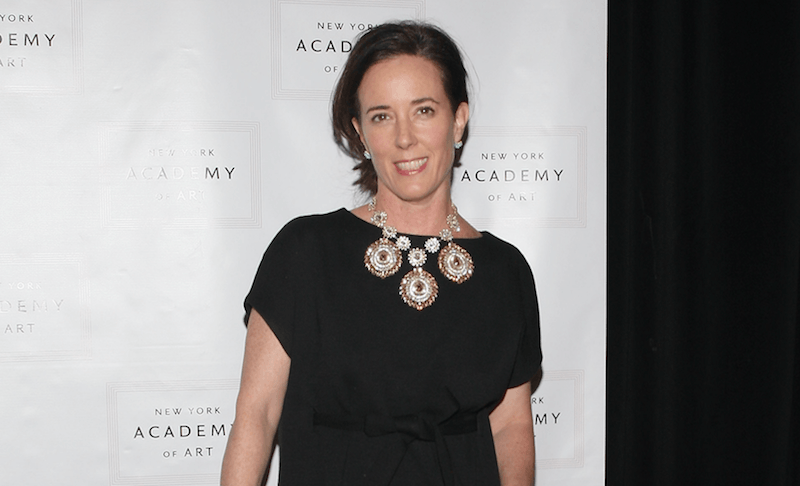 After earning a journalism degree from Arizona State University in 1985, Spade (then Kate Brosnahan) worked in the accessories department of Mademoiselle magazine in New York. By the time she left the magazine in 1991, she had the title of senior fashion editor/head of accessories.

While at Mademoiselle, she moved in with Andy Spade, brother of actor David Spade. The two had worked together as salespersons at a men’s clothing store back in Phoenix.

Next: The surprising reason she started her handbag business 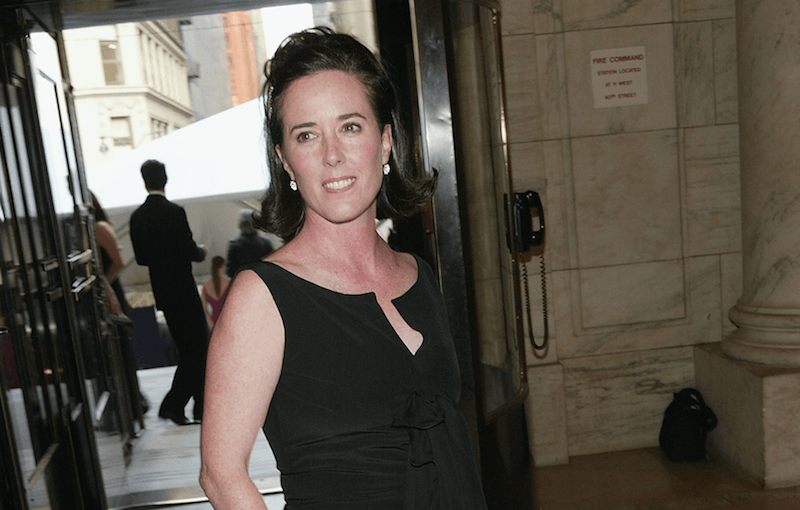 While at Mademoiselle, Spade found herself disappointed with the selection of handbags available for photo sessions. So, she decided to create some bags of her own. She started the business in her apartment, designing bags with paper and scotch tape. She used her meager savings to purchase fabric. The first bag she made was of burlap, thanks to the cheap cost.

“I sat down with some tracing paper, and I knew immediately what the shape should be — a very simple square … The shape gave me a real flexible canvas for applying all the ideas I had for a lot of colors, patterns, and fabrics,” she told Fortune Small Business in 2003.

Next: Where Spade got the money to open a shop

She quit her day job and opened a shop 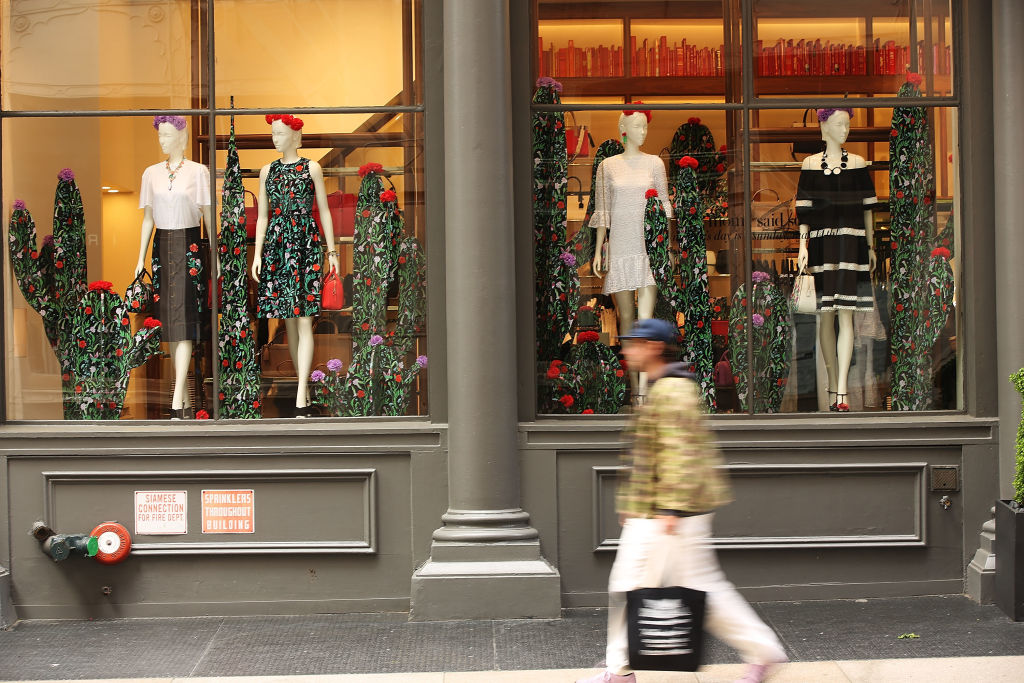 Spade eventually left her job at Mademoiselle to pursue her business full time. Her husband cashed in his 401(k) account to come up with $35,000 to fund the venture. She opened a shop in Manhattan’s Soho neighborhood in 1996.

The couple came up with their brand name when Kate was still unmarried and going by her maiden name. “Andy kept saying the whole time, ‘Kate Spade, Kate Spade — listen to how it sounds,’” she told The New York Times in 1999. On a whim, she moved the black “Kate Spade New York” labels from inside the handbags and hand-stitched them to the outside. 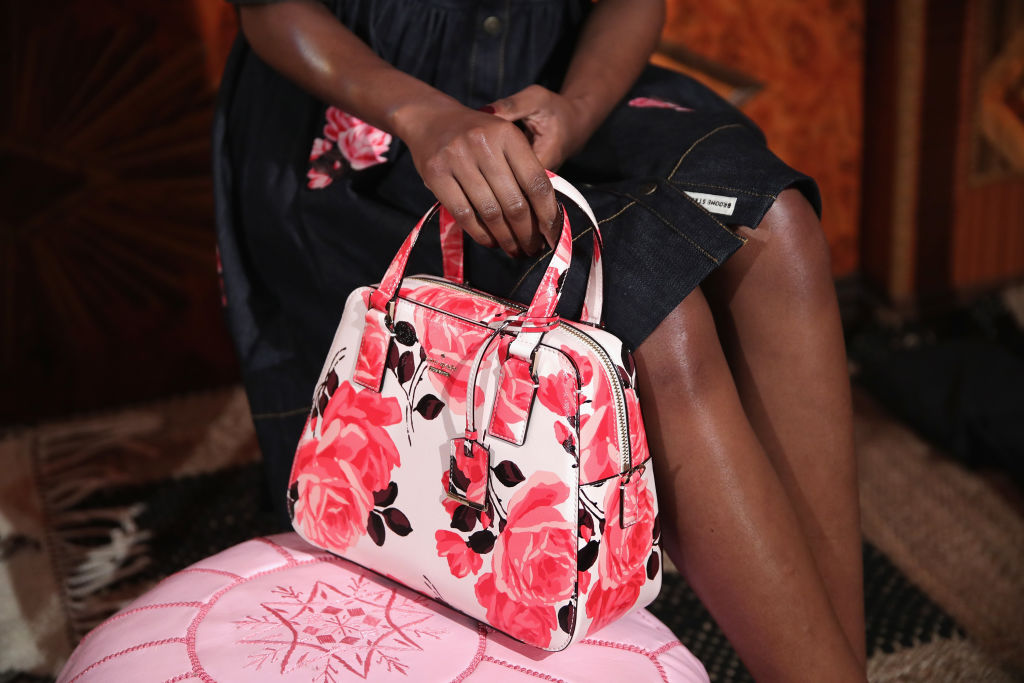 The company saw great success early on. Barneys and Fred Segal placed orders. Soon enough, Bloomingdale’s, Nordstrom, and Saks Fifth Avenue were interested in carrying the bags. The couple went on to open stores in Los Angeles and Japan. At this point, they also expanded their merchandise into journals, photo albums, personal organizers, and footwear. They also launched the Jack Spade men’s accessories line.

Next: Why Kate Spade left her namesake company behind. 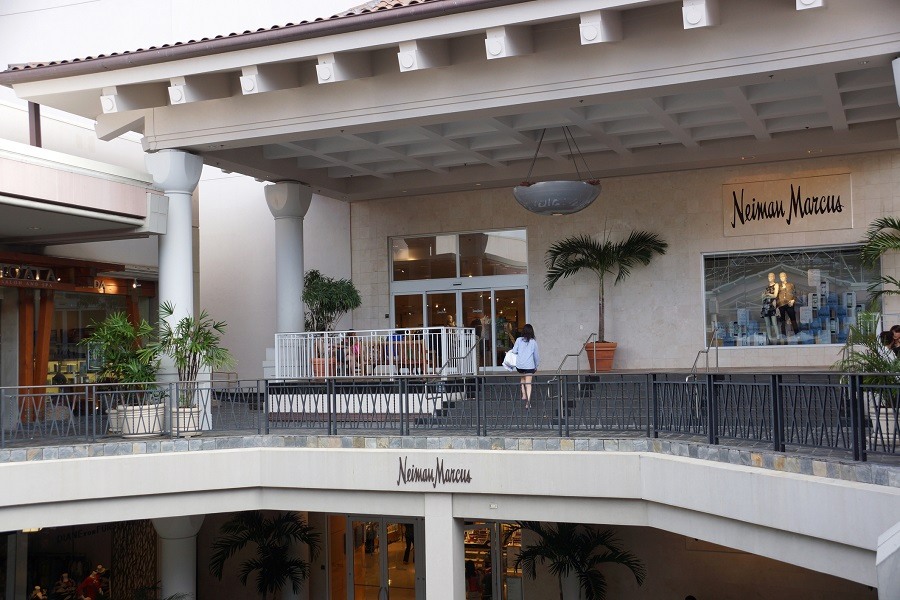 In 1996, Spade and her firm’s other founders sold a 56% stake in the company to department store chain Neiman Marcus for $34 million. Ten years later, the chain later bought the remaining 44% stake.

In 2006, after Neiman Marcus fully owned the brand, it sold it to Liz Claiborne Inc. The husband and wife founders remained as consultants for one year and then exited in 2007. At this point, Spade took some time off to raise her daughter, Frances Beatrix.

Next: The company was sold again for this whopping amount.

Coach bought the company in 2017 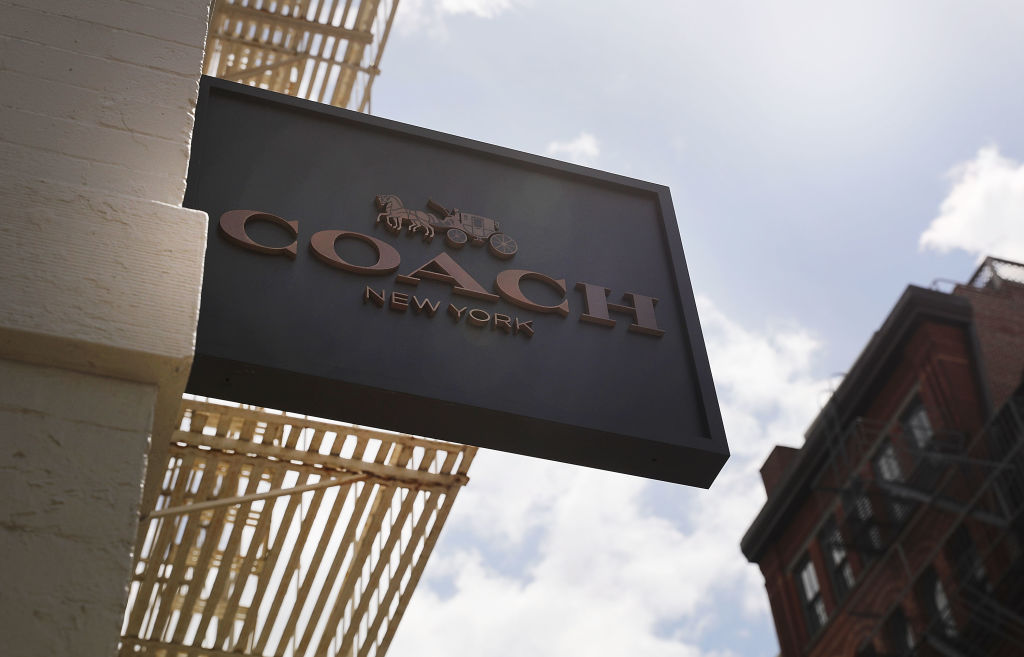 In 2017, Coach acquired the brand for $2.4 billion. In the deal, Coach now controlled a rival brand with a strong millennial shopper following. The Kate Spade brand also maintained a growing lifestyle business with merchandise like bedding, bath items, kitchen accessories, and fragrances.

Spade launched a new luxury and footwear brand called Frances Valentine in 2016. She also changed her last name to “Valentine,” to separate her personal life from the Kate Spade brand.