The Surprising Way Depression and Anxiety Can Be Career Killers 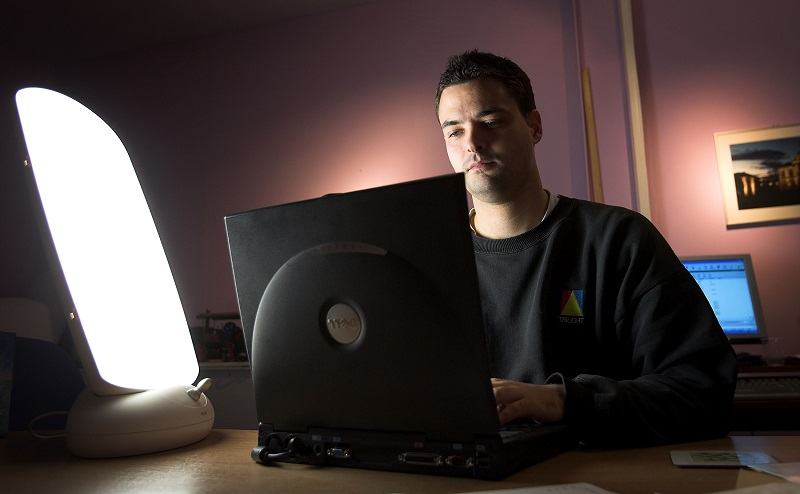 A man suffering from seasonal depression, a common mental health issue, sits in front of a natural light box in his office | Christopher Furlong/Getty Images

If you suffer from a mental health issue, you’re probably aware that it can affect your day-to-day life. Even relatively minor afflictions like anxiety or depression can make getting through the day a Herculean effort. Mental health problems can impact your productivity. They can affect your relationships with your friends, family, and co-workers. Some issues can even render you physically or psychologically unable to function in any sense.

For these reasons, it’s not surprising that people with mental health issues feel they may be in a constant game of catch-up when it comes to their career. But interestingly enough, those disadvantages may not be the biggest roadblocks. The stigma associated with mental illness can be just as damaging, if not more ruinous.

A new report put together by Psychguides.com delved into mental illness at the workplace and came away with some rather interesting findings. In a series of infographics and charts, Psychguides.com makes it clear that mental issues are not only very widespread but that the stigma and backlash against them are often rather severe.

“Those suffering from a mental illness, whether it’s minimal or extreme, have long been stigmatized for their plight. Labels such as ‘weird’ or ‘crazy’ are often uttered by those who do not understand or are looking for a simpler way to define someone’s mental health condition,” the report said. “To find out more about mental health misconceptions, we surveyed more than 2,000 people about their knowledge and awareness of mental health conditions.”

Here’s a graphic showing that roughly one-third of people are struggling with mental issues, and the breakdown by diagnosis: 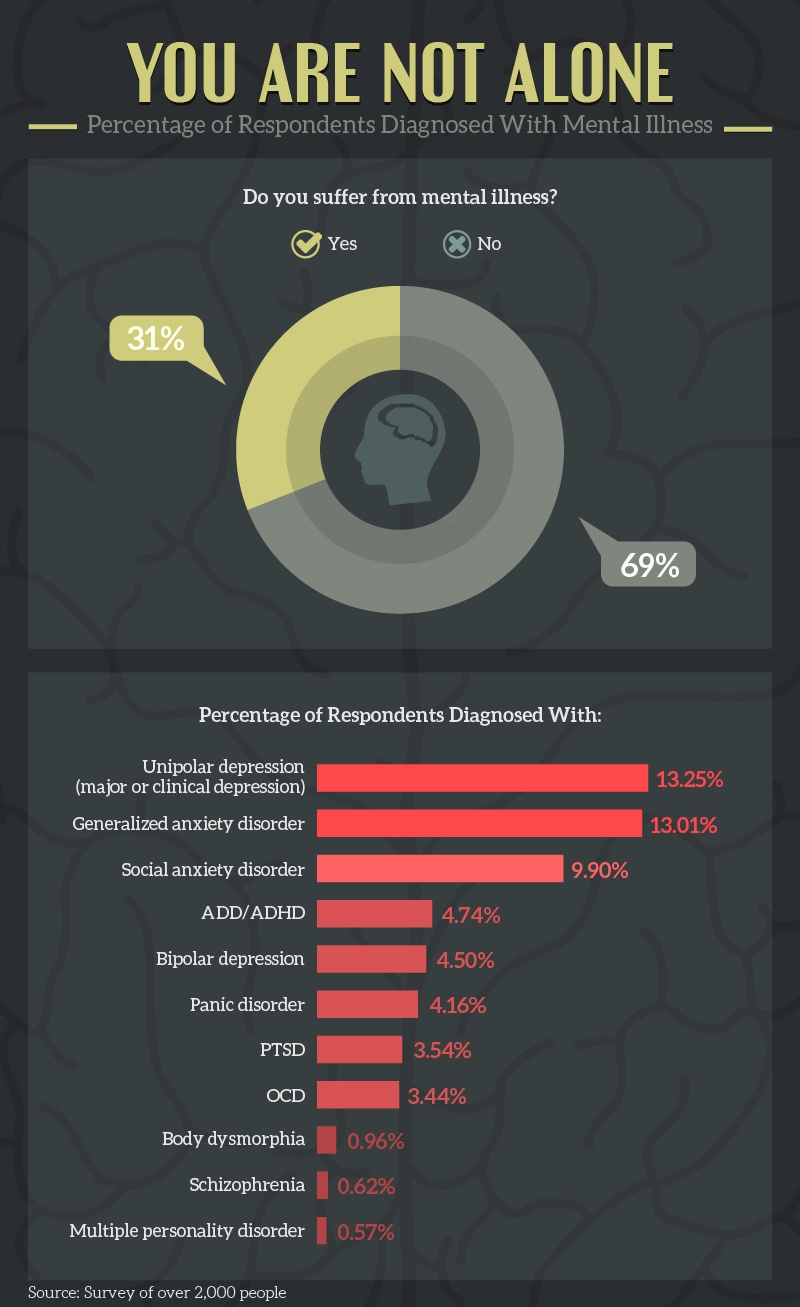 In terms of your career, it’s the stigma associated with mental illnesses that can be truly stifling. Though we may not do it purposefully, if you know that someone is struggling with mental health problems, you may go out of your way to avoid them. Or even pass over them for a promotion or raise, if you’re in a management position. This is how that stigma can become a career killer.

As this graphic shows, people often associate mental illness with violence and lost productivity. Those are two beliefs that can absolutely cripple someone’s odds at climbing the ladder. 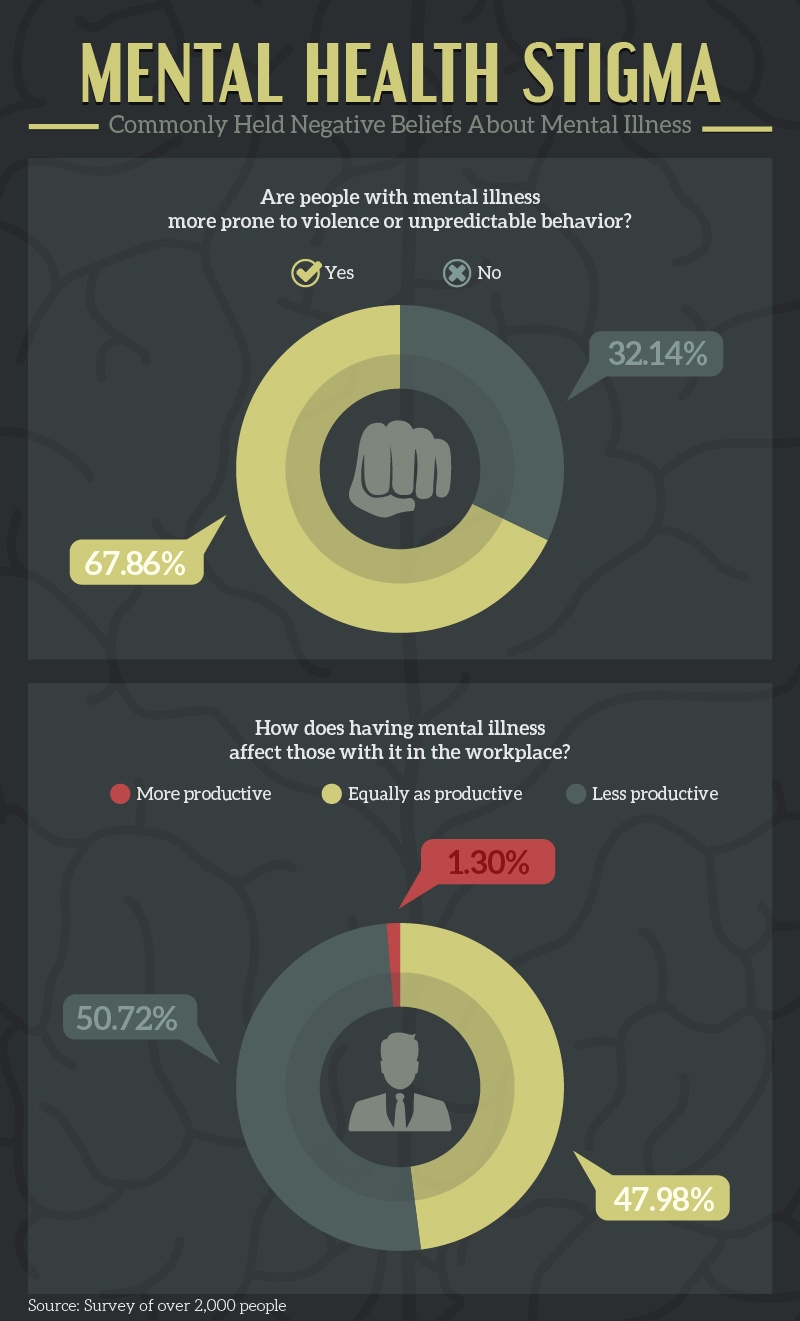 “Companies have been perceived to be less likely to hire employees suffering from a mental illness. There are even examples of employees being coached to hide their mental illness because of how it made their coworkers or bosses feel,” the report said. It continued with the following:

There are even examples of companies creating programs to help their employees identify if a coworker might be emotionally distressed. Slightly less than 48 percent felt those with a mental illness were as productive as those without, while about 51 percent felt they were less productive (roughly 1 percent felt they were more productive). While these responses reveal some open-mindedness for struggling co-workers, it highlights the need for further education to dispel misunderstandings about mental health conditions. 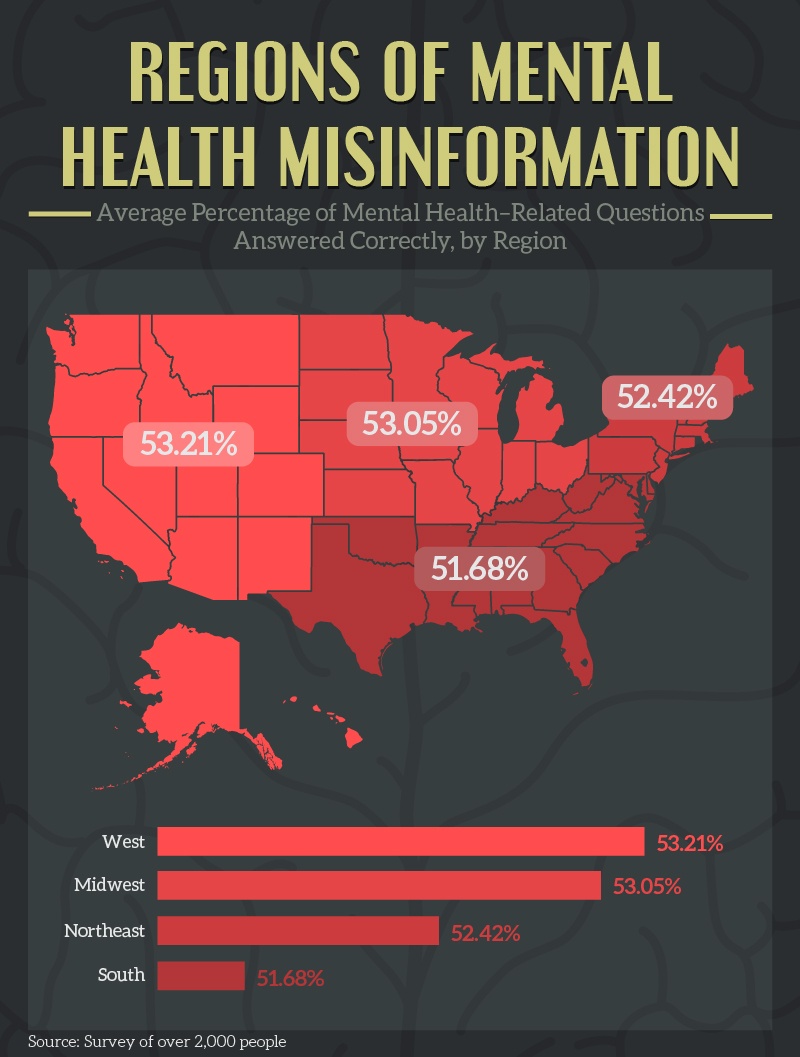 The map above indicates that people in the South are less educated about mental issues than those in the Midwest. But a look at the numbers tells us differently. Those differences are within 2% of each other, between 51.68% and 53.21%. No matter what region you’re in, stigmas are going to likely cause a problem.

And that’s really the whole point of this report. People with mental health problems (roughly one-third of us, by the report’s measure) face an uphill battle. But the stigma associated with these problems, even minor issues, can make it that much harder.

See the entire report, along with additional graphics, at Psychguides.com.