5 of the Most Hated Businesses in America 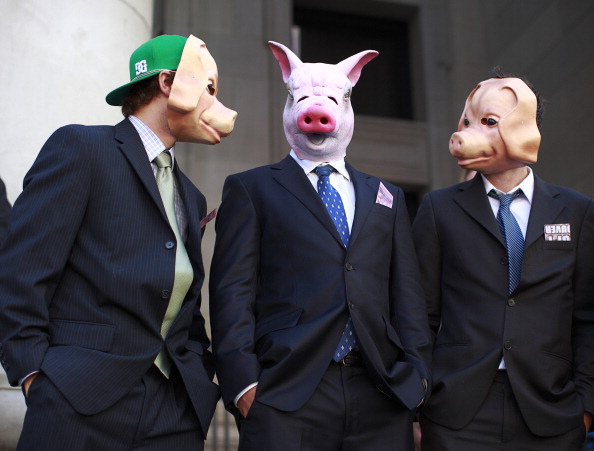 Corporate Responsibility Magazine regularly publishes a list of the top 100 Best Corporate Citizens. Using a robust set of data, CR Magazine identifies which corporations are the most socially, environmentally, and ethically responsible, as well as which companies hold themselves accountable for being good corporate citizens. Lists at the other side of the spectrum, however, are less common. Corporate Accountability International maintains a rundown of the top corporate offenders, and so does the International Labor Rights Forum, but generally these lists receive less attention from consumers and policymakers.

It’s possible that this is in part because no one wants to step on toes, or perhaps it’s because “worst” is an element both highly subjective and difficult to quantify. We decided instead to rely on consumer opinion and bring you a list of the top 5 worst corporations in the U.S., according to a public poll conducted by the Consumerist.

The nominees for the original bracket were all submitted by readers — consumers just like yourself. While we’ve seen rankings of “worst corporations” based on reputation indexes, we thought the Consumerist rankings, though perhaps slightly less scientific, were more relevant to consumers today, since they were picked by consumers rather than researchers.

So without further ado, here are the top 5 worst corporations in the U.S. — the shadiest of the shady in American business.

Banks are never popular amongst consumers, but in 2013, JPMorgan Chase certainly made a name for itself. Last year, the bank was charged with two felony violations of the Bank Secrecy Act in connection with its relationship with Bernie Madoff.

The Bank Secrecy Act is a federal law that “requires banks to alert authorities to suspicious activity,” according to The New York Times.

As if to add insult to injury, JPMorgan Chase responded to the crime, which has been called “the scandal of our time,” by giving CEO Jamie Dimon a raise. JPMorgan Chase’s board of directors voted at the beginning of this year to increase Dimon’s compensation for 2013, though the details of Dimon’s pay package were not made public, per CNBC. 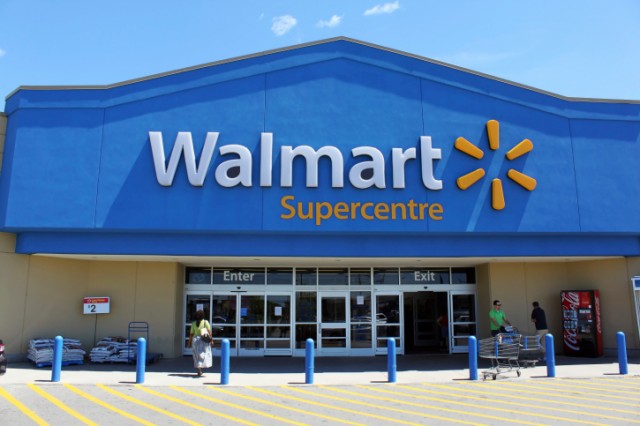 Oh, Walmart. This discount retailer seems to crop up wherever corporate social responsibility is concerned. Among the company’s many criticisms, the discount retailer has been accused of discrimination, human rights violations, environmental crimes, and more. When it comes to Walmart, there’s a veritable laundry list of accusations on the world wide web.

In the past, labor unions in particular have hammered on Walmart for the company’s policies and business practices. According to ThinkProgress.com, the company is expected to spend $300 million this year on regulatory and compliance enhancements, “including dealing with a complaint against the company from the National Labor Relations Board that it illegally retaliated against its striking employees.”

The company has also gotten a lot of press recently for charges of discrimination. Though it’s worth noting that Walmart has since begun to change its ways; in 2011, it became one of the largest retailers to add gender identity non-discrimination protections for its employees.

More recently, Walmart has taken a lot of flack for environmental crimes as well. In May of last year, Walmart plead guilty to several different environmental crimes, and the company eventually paid $81.6 million in damages; Walmart was found liable of failing to have a program in place for dealing with hazardous waste; and additionally, the company neglected to train employees in proper hazardous waste management and disposal at the store level.

As a result of having no program in place and failing to train its own staff, Walmart employees poured hazardous waste into local sewer systems, or disposed of it in municipal trash bins. Hazardous waste was also improperly transported without adequate safety documentation to one of six different disposal sites in the U.S.

“Truckloads of hazardous products, including more than two million pounds of pesticides, were improperly handled under Walmart’s contract. Today’s criminal fine should send a message to companies of all sizes that they will be held accountable to follow federal environmental laws,” said Tammy Dickinson, U.S. Attorney for the Western District of Missouri, in a statement per the FBI.

Walmart’s recent environmental lawsuit is just one of many criticisms leveled against the corporation. Walmart and it’s big box business model has come under scrutiny multiple times over the past decade. 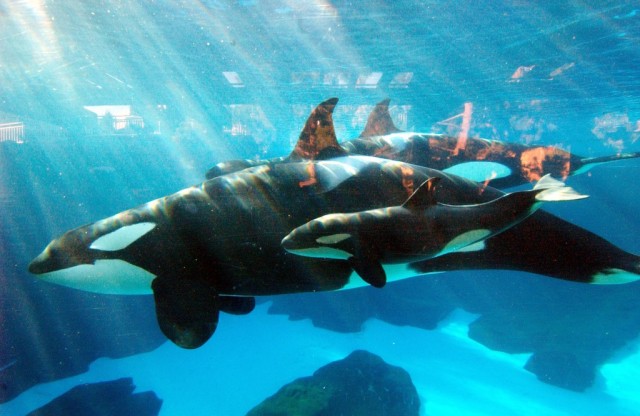 SeaWorld comes in at number three on the Consumerist‘s “worst corporation” bracket, presumably in part because of the documentary Blackfish, an exposé of the cruel treatment of orca whales at the park. But SeaWorld really ticked off consumers with its response to the documentary which was, arguably, equally shady.

To name a few of SeaWorld’s sketchy blunders in the wake of Blackfish, the entertainment park manipulated a public opinion poll, flat-out lied in an ad-campaign following Blackfish’s release, and failed to execute a publicity stunt in which the company planned to bring two live penguins to a New York City bar.

SeaWorld’s statement in response to the documentary notes that Blackfish is “shamefully dishonest, deliberately misleading, and scientifically inaccurate.” That statement was released last summer, but the company remained largely silent into the winter. The company has since released a report on their website, called “The Truth About Blackfish,” in which it attempts to debunk the documentary’s exposé.

Monsanto is one of those companies that people love to hate. The Organic Consumers’ Association has a campaign titled “Millions Against Monsanto,” opposing the company and its practices, and more specifically, the company’s role in supporting and developing genetically modified (GMO) crops.

Monsanto’s most infamous injustice is the company’s development and dispersal of “Agent Orange,” otherwise known as “Herbicide Orange” during the Vietnam War. Agent Orange was a chemical defoliant and herbicide that was part of the U.S.’s “herbicidal warfare” tactic in Vietnam; one of the two herbicides used to make Agent Orange, 2,4-D, is actually (perhaps frighteningly) still in use today.

Agent Orange was manufactured as part of a partnership between Monsanto and Dow Chemical for the U.S. Department of Defense. The two companies are considered to have been particularly neglectful because 2,4,5-T was already proven to have severe health affects (in addition to significant negative ecological affects) prior to its use on innocent civilians as well as some U.S. soldiers in Vietnam.

Worse, it was later revealed that the 2,4,5-T herbicide used in Agent Orange was contaminated by TCDD (2,3,7,8-tetrachlorodibenzodioxin.) Even very small amounts of TCDD have been linked to various cancers, including soft-tissue sarcoma, non-Hodgkin’s lymphoma, Hodgkin’s lymphoma, and chronic lymphocytic leukemia. Further, 2,4,5-T has also been known to cause birth defects.

The Vietnamese Red Cross has reported that more than 3 million Vietnamese people have been affected by Agent Orange, including at least 150,000 children who have been born with birth defects. Currently, it’s estimated that up to 1 million people are disabled or have health problems due to contaminated Agent Orange, according to CNBC.

Today, Monsanto is perhaps most hated for its role in creating and utilizing GMO seeds and herbicides. In more recent history, Monsanto is responsible for BST (otherwise known as rGBH), a growth hormone used in dairy cows that has been linked with breast cancer, colon cancer, and prostate cancer in humans, in addition to making cows more prone to conditions like mastitis and sores. Monsanto has also been persecuted for engineering sterile seeds, called “terminator technology,” a tactic used to prevent seed-saving so that farmers must buy new seeds each year. 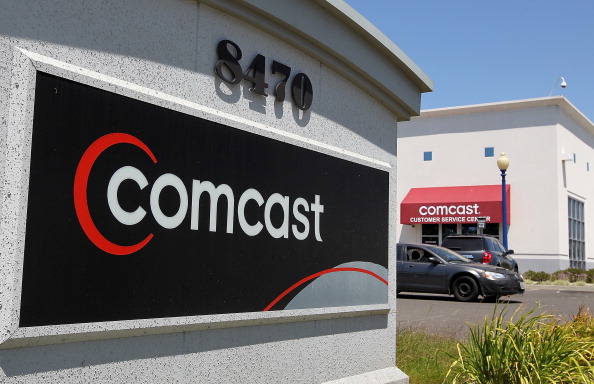 Comcast has received a lot of exposure in the past year, primarily regarding the company’s proposed merger to rival Time Warner Cable, a merger which would render Comcast the largest cable company in North America. Comcast and Time Warner are the No. 1 and No. 2 cable companies in the country currently, and a merger between the two would effectively give Comcast 30 percent of the U.S. cable market in addition to 35.5 percent of the U.S. high-speed internet market.

Comcast’s plan to buy Time Warner cable “set off a wave of activity in the media industry,” The New York Times noted in a recent update on the merger, with AT&T (successfully) pursuing DirecTV in a 48.5 billion merger deal shortly after Comcast and Time Warner reached its own $45 billion agreement.

The frenzy of mergers between media companies — particularly cable companies — is largely a survival strategy. Comcast and AT&T both know that the bigger it is, the more leverage it has against entertainment companies when negotiating programming costs. With the rise of new services and technologies like streaming online video (think Netflix, iTV, etc.), there’s a definite possibility that unless cable companies find a way to make itself more relevant, it will be witnessing its own demise soon enough. It is, perhaps, a natural reaction to attempt to become larger and larger in an effort to stay relevant, even if that means monopolizing the market.

By and large, consumer response to the Comcast/Time Warner deal has been downright visceral, and many antitrust watchdog groups have jumped on the proposal. On June 11, the American Antitrust Institute called for enforcers to block the deal, according to Corporate Crime Reporter. AAI (along with many consumers) believe that the deal could pose some very serious problems for competition, and therefore consumers as well.

Luckily, according to The New York Times update, there may be light at the end of the tunnel. Speaking of the Comcast-TWC merger, media analyst Craig Moffett noted in an interview with The Times that it seems “a little less inevitable than it once did.” We’ll just have to wait and see.