The U.S. Is Now the World’s Top Oil Producer 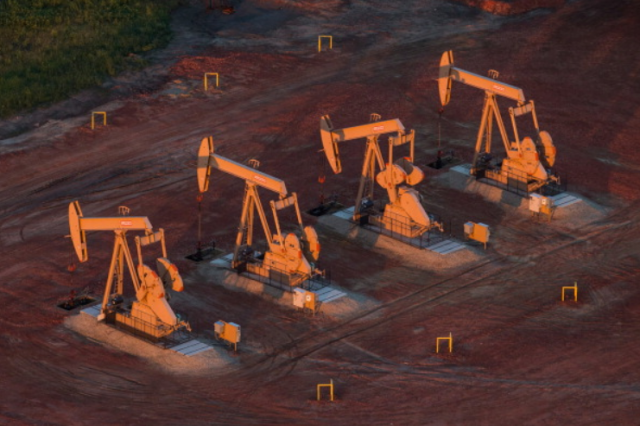 It’s a headline that’s as attention-grabbing as it gets, and the proclamation itself is something many people probably never thought they’d see: America is the world’s largest oil producer. Though many analysts thought we were a few years off from overtaking countries like Russia and Saudi Arabia in terms of production, news outlets the world over pounced on data produced by BP that says the U.S. made the jump sometime during 2014. As a result, we’ve seen oil prices drop with wide-ranging effects, and a sense of pride and accomplishment from political and business leaders is palpable.

“We are truly witnessing a changing of the guard of global energy suppliers,” BP Chief Economist Spencer Dale said in a presentation, according to a report from Bloomberg. “The implications of the shale revolution for the U.S. are profound.”

And the shale revolution has truly been the catalyst. Hydraulic fracturing, although rife with problems and controversy in practice, has helped energy companies access vast quantities of oil and natural gas in places like Texas and North Dakota, spurring job and wage growth as well. It was a big factor in the economic recovery we’ve seen over the past several years, too.

According to BP’s data, the U.S. saw production go up by 1.6 million barrels per day in 2014, for a total of 11.6 million per day on average, and that production spike gave the U.S. the world production crown for the first time in 40 years.

As with anything, however, there are some caveats to be aware of. To be sure, this is good news for the U.S., and should help keep energy prices low for the time being. But things are cyclical, after all, and there are a handful of reasons why the recent headlines may be a tad misleading, and why we should temper our excitement.

First off, calling the U.S. the world’s top oil producer may be technically accurate by BP’s measures. But “oil” doesn’t necessarily refer to one single thing. There are different types of crude, and many derivative products that are made from petroleum, so getting a handle on just what exactly BP is using as its benchmark is difficult. The data includes liquid natural gas in its count, which may not qualify in many people’s minds. Condensates are also included in BP’s crude reserve count.

Related to that is the fact that America’s uptick in production is going to be a temporary measure — we won’t be able to keep the wheels spinning as fast as we have forever, and the cyclical nature of the industry will eventually call for a slowdown. In fact, we’re already seeing it happen. Many companies have been forced to close up shop, scale back production dramatically, and lay off thousands of workers because oil prices dropped by such a large margin between now and last year.

And boy, are people starting to feel it.

The Washington Post recently ran an article detailing the economic pains those layoffs are bringing to a subsection of the economy that grew to depend on those well-paying oil jobs: men without college degrees. Per that article, 17,000 oil and natural gas jobs evaporated in the month of May alone, and now many of those workers are struggling to find other work. Evidently, these workers failed to see that those jobs were not going to be around for the long term, and some spent their hefty salaries on new trucks and other toys.

That brings us to a final important point: the U.S. reserves of gas and oil are big, but they aren’t that big. Many other countries, like Canada, Nigeria and Venezuela, have considerably larger reserves of fossil fuels with which to sustain their economies going into the future, while America will need to temper both production and demand, while also introducing alternative energies into the mix.

What that all means is that the U.S. may be the biggest producer for the moment, but other countries could tap into their larger reserves and take back the top spot if they wanted to.

This doesn’t mean that being the world’s producer for now isn’t a good thing. We’ve managed to stabilize the economy somewhat, and lower energy prices in the short-term. But in the long term, it’s probably best that America keep its collective head level.

After all, what goes around, comes around.