Vegetables are Coming to Your Favorite Fast Food Restaurants 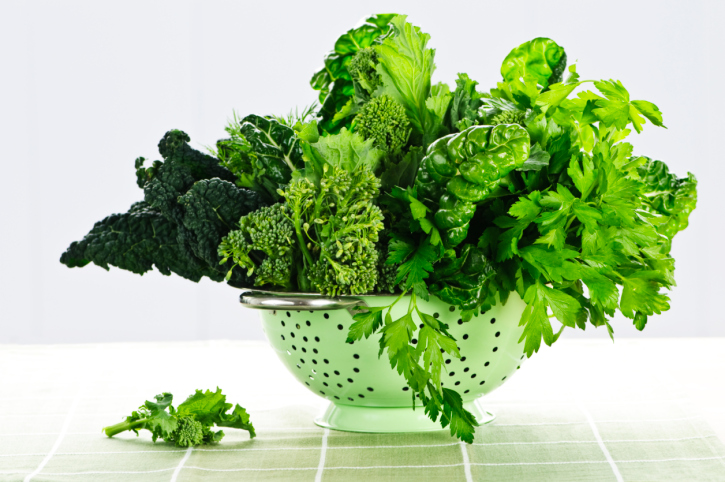 Fast food chains are under the gun. Burger King made a dash for Canada, McDonald’s is getting wrecked on its earnings sheets, and even Taco Bell and KFC have started to implement strategies that, just a few years ago, would have been unthinkable. But consumers’ tastes are shifting, and the growth of fast-casual chains is no fluke. In an effort to reverse the tide, fast food incumbents are turning to an ingredient most of their die-hard customers probably do their best to avoid: vegetables.

With increases to input costs like labor and meat, restaurants — particularly those that operate on particularly thin margins, like fast food restaurants — are looking to save money any way they can, while simultaneously expanding and improving their menus to win consumers back. There are numerous ways to do that, including automating the workforce, investing in higher-quality product, and even upgrading physical store spaces, but some companies are opting to ‘go green’, in a sense.

Wendy’s is one of the most obvious examples, as the company is experimenting with its menu by offering veggie burgers for the first time. While it may seem like a bit of a gamble, Quartz reports that people are actually really liking it, at least in the handful of Ohio locations where it’s being tested. Not to be outdone, McDonald’s is also plowing ahead with a new veggie-influenced agenda. Business Insider reports that as a part of the company’s reinvention attempt in the face of declining revenues, America’s most famous burger joint is turning to kale to not only improve its menu, but its image as well.

McDonald’s has also been pummeled with requests and has actually tried to add veggie burgers over the years, but the company’s attempts never really yielded profitable results.

But if McDonald’s sticks to the simple explanation of, “we don’t currently sell veggie burgers. Although, we are always looking to evolve our menu,” it may get left behind as consumer needs evolve. White Castle already has veggie offerings. Burger King has a veggie burger on its menu, too. Now, with Wendy’s jumping into the race, and many small, regional burger joints likely taking their own steps toward a greener menu, it looks as though the veggiepocalypse is near.

Looking at the numbers, it’s no wonder why these companies are adding veggie options to their menus. As of 2012, a Gallup poll said that a mere 5% of Americans were strictly vegetarian, and only 2% were vegan. But more recent trends, according to the BBC, indicate that those numbers are set to swell, especially as consumers become more focused on healthy meal options, the horrors of factory farming, and the effect that the fast food industry has on the environment and climate change.

Taking Gallup’s numbers, and assuming that roughly 5% of the population has adopted a vegetarian lifestyle, that makes for roughly 15.8 million Americans that are foregoing meat products. While those figures have swelled over the past decade, they don’t account for ‘part-time’ vegetarians, which may help explain why we’re seeing drastic drops in meat consumption nationwide. Research firm Packaged Facts put out a release in 2013 saying that meat consumption has been on the decline for more than a decade.

But America is still one of the world’s top meat consumers, and the industry is still incredibly profitable. So perhaps fast food restaurants are merely hedging their bets when it comes to adding veggie options to their menus? It’s possible, but it’s also a good bet that American diets will continue to lean more toward vegetable-based staples. In short, there’s no sure thing, but fast food restaurants really don’t have a lot to lose — other than some obvious costs — in having the option available.

How many consumers have chosen not to go to McDonald’s or Wendy’s because they know there wasn’t a viable meal option available to them? With 16 million Americans out there, it’s clear there’s an opportunity to win more consumers over. And given the current conditions of the fast food industry, that’s not a chance these companies can afford to sidestep.