For many in the middle and lower classes in America, it still feels like the country’s economic wheels are spinning in the mud. But how about the nation’s wealthiest? For them, 2014 was another fine year.

According to Bloomberg and the Bloomberg Billionaire’s Index, the net worth of the the planet’s richest 400 individuals stood at a combined $4.1 trillion right before New Year’s Day 2015 — which signifies growth of $92 billion over the past year. What’s behind all of that growth? A slew of factors, but some of the biggest are falling energy prices, geopolitical turmoil, and of course, booming stock prices.

As for 2014’s biggest winners, Warren Buffett was near the top, unsurprisingly. Buffett added another $13.7 billion to his already-vast fortune as his company, Berkshire Hathaway, saw several of its investments pay off in a big way. As CNBC reports, Berkshire Hathaway generated 28% growth in 2014 over 2013, helping propel Buffett up the winners’ chart.

Another winner was Facebook founder Mark Zuckerberg, as his social media network made a big push into the mobile sphere and further monetized, capturing its leader billions in the process. Zuckerberg’s fortune increased by more than $10 billion last year, putting him in fourth place on the list of 2014’s biggest gainers.

Though Buffett and Zuckerberg both had an incredible year, they pale in comparison to 2014’s biggest gainer, Jack Ma. Ma is the co-founder of Alibaba, an e-commerce giant that made plenty of waves last year as his company went public for the first time in September. In fact, Alibaba can now claim to have the largest international IPO of all time. As for Ma, who started his company in 1999 in an apartment, a giant gain of more than $25 billion was enough to push his overall stash to $28.7 billion — enough to make him the richest person in Asia. 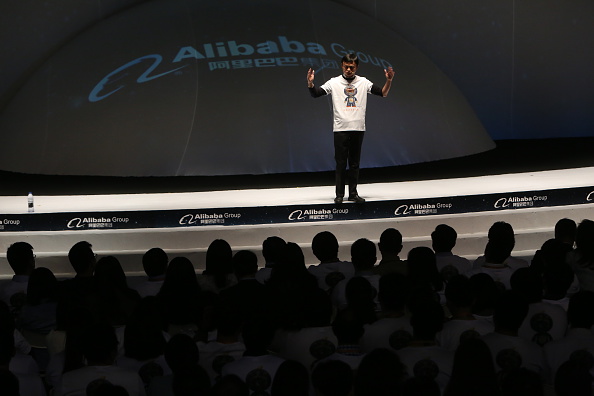 Though Ma had an incredible year, he still has a huge mountain to climb before he can roll with the players at the very top. Bill Gates retained his title as the world’s richest individual, adding more than $9 billion to his name for an overall balance of $87.6 billion. Just under him is Buffett, who leapfrogged Mexican billionaire Carlos Slim.

As all of these individuals added to their incredibly huge fortunes over the past year, those lower on the economic ladder still struggled. The American economy has seen a solid rebound from the recession six years ago, with unemployment levels below 6%. The problem, however, has remained with slow wage growth. This has played a significant role in the widening income inequality gap, and the reasons for it are numerous and complex.

But there is reason to believe that things should be improving. The Federal Reserve Bank of San Francisco says that it’s simply a matter of time before employment levels, wage levels, and productivity all reach a state of equilibrium. “Businesses hold back wage increases and wait for inflation and productivity growth to bring wages closer to their desired level,” the FRBSF writes. “Since it takes some time to fully exhaust the pool of wage cuts, wage growth remains low even as the economy expands and the unemployment rate declines.”

What we’ve seen with the most recent recovery is almost all of the gains go to the top — which is why the world’s richest have continued to get richer. Naturally, that has partially come at the expense of everyone else in the form of wage stagnation. In other words, the economic gains have not been shared throughout the economy, and have gone to those at the top.

To put things in perspective, as Jack Ma saw his net worth increase by more than $25 billion over the course of one year, the average American household has actually seen their net worth decline over the past few years. Is that the fault of Ma, Buffett, Zuckerberg, and company? No, but it can be frustrating from a middle class perspective, and those individuals can be easy targets.

With 2014 now in the rearview mirror, 2015 is likely to bring even more gains to the world’s upper-crust. Will the lower and middle classes finally be able to start climbing as well?