The Worst Car Scams Ever Tried on Seniors 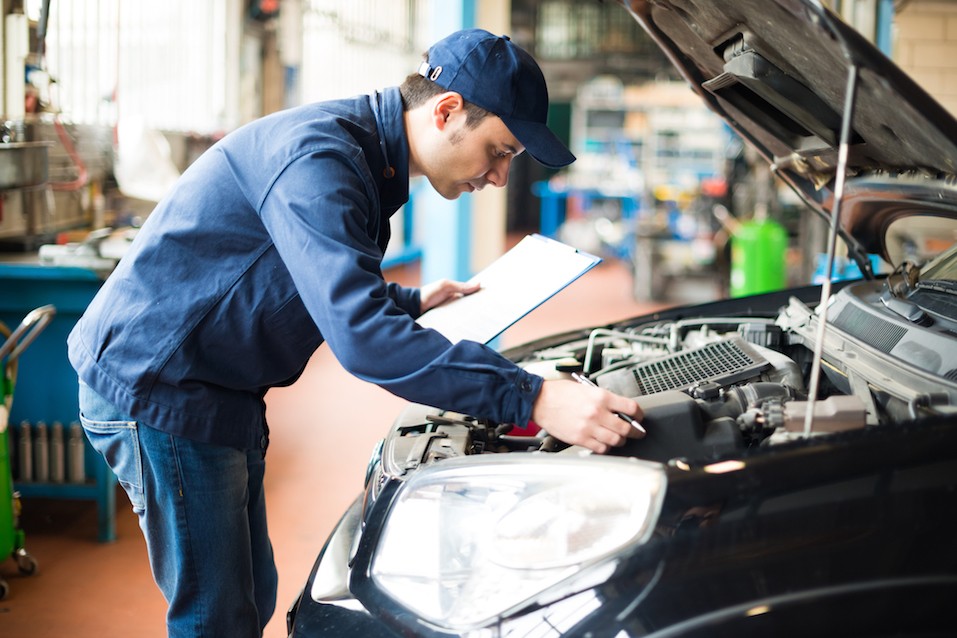 Mechanics might try to get you to buy more than you need. | Minerva Studio/iStock/Getty Images

At a time when phone calls are less common and email accounts might be fake, senior citizens are especially vulnerable to financial scams. The National Council on Aging lists scams involving internet fraud, fake sweepstakes, and funeral arrangements among the most common ways criminals take advantage of seniors.

One area the National Council on Aging missed was cars. Auto consumers of any age can find themselves dealing with salespeople who bend the truth and mechanics who perform repairs you might not need. However, seniors often become prime targets for scam artists out to make quick cash off of unsuspecting people.

Older Americans of all income levels should be on alert for these tricks. Here are the 10 worst car scams for seniors to avoid.

If there is one thing senior drivers have in common, it’s driving less than the average car owner. Unless older drivers still commute to work or live in a rural location, they have fewer reasons to drive compared to other age groups. As a result, seniors put far fewer miles on their vehicles and need less service and maintenance.

Changing your oil every 7,000 miles is fine for most cars. Unfortunately, you’ll have people at the local gas station try to get you to change your vehicle’s oil every few months. (They might also try to sell you an extra quart of oil for no reason.) Pay attention to the mileage on your odometer at your last oil change to avoid this scam. It may only cost you $20 $50 every few months, but the dollars add up fast.

Next: When someone takes advantage of hearing and memory loss 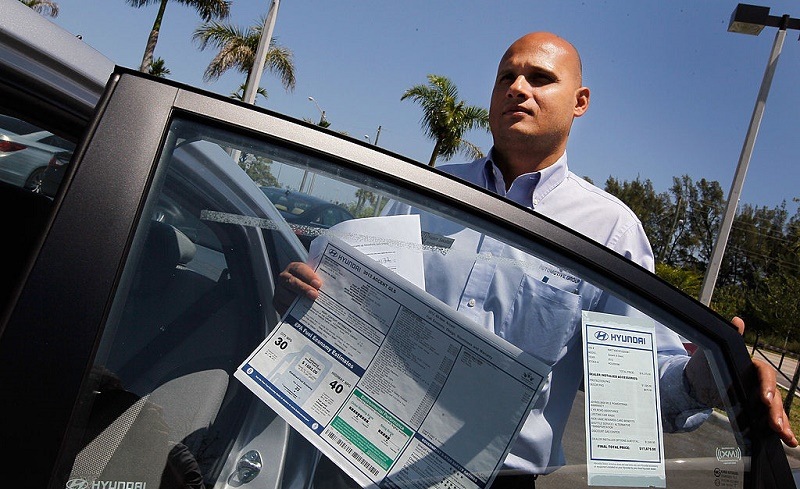 The most sinister auto salespeople will use the diminished hearing and memory of some seniors against them. For example, someone at the dealership could make a promise of low-interest financing or a bargain lease rate. Later, when the time comes to sign the deal and drive the car away, buyers will notice the terms changed in the contract. A salesperson might say, “You didn’t hear me correctly,” or make a comment about your memory. But trust your instincts, and walk away. It’s a scam.

Next: Impossible loans to unqualified buyers 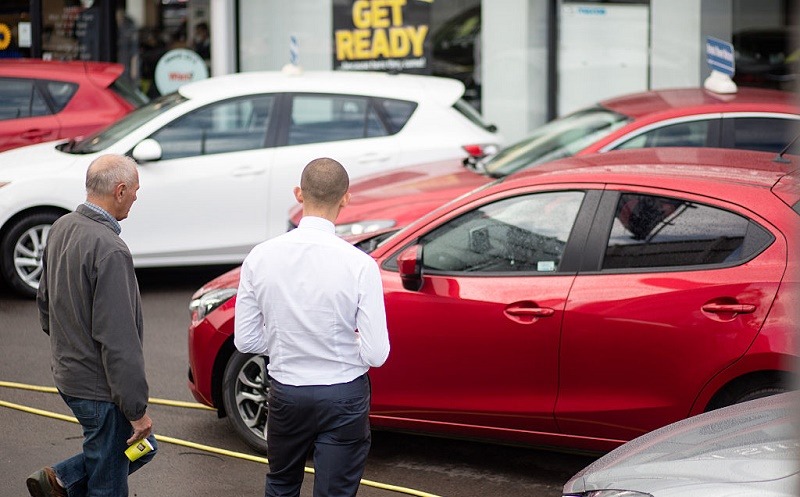 During the heady run up to the Great Recession, at least one senior citizen who couldn’t possibly pay for a vehicle got sent home in a brand new car. The 65-year-old woman, who had dementia and lived on Social Security checks in public housing, somehow received approval for a loan on late-model Pontiac, Consumerist reported. (She also lacked a valid driver’s license at the time of purchase.)

Shortly after this bogus sale, creditors repossessed the car and demanded the money owed on the loan. You hope such unscrupulous dealers and lenders wouldn’t try to pull such flagrant scams today, but the precedent exists. 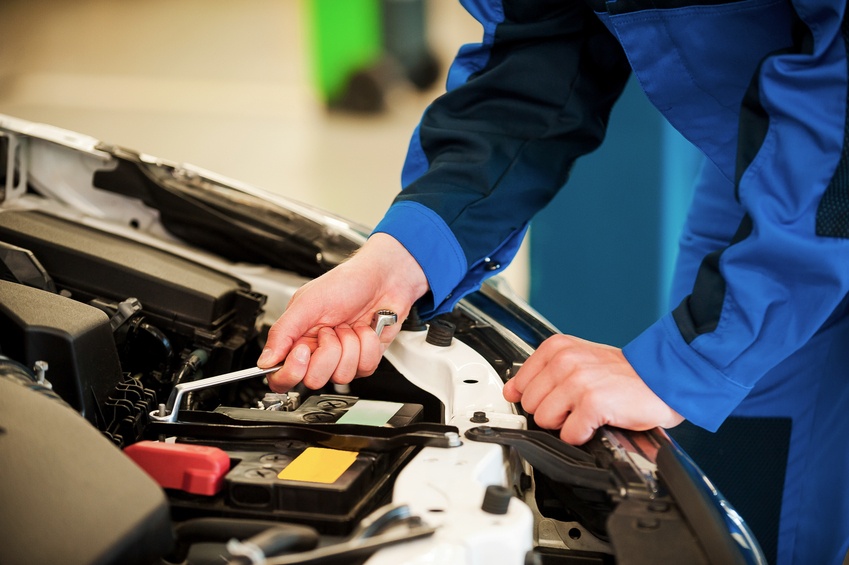 Only take your car to someone you trust. | g-stockstudio/iStock/Getty Images

In the same way gas station attendants might push motor oil senior drivers don’t need, mechanics might claim the need for repairs that aren’t necessary. Consumer Reports’ chief mechanic pointed out how shady repair shops will try this with brake systems. Though the brakes might simply need pads and a cleaning (an affordable repair), someone might try to sell new rotors, calipers, and other parts to you. Anyone who isn’t a car expert could fall for this ploy.

An undercover report by ABC News showed similar scams pulled by mechanics who know how the “check engine” light sends people into a state of panic. In two of three shops, mechanics tried to charge hundreds in repairs for a single cord the ABC reporter had unplugged.

Next: In this scam, co-signing a loan means owning the car.

6. Taking on a relative’s loan 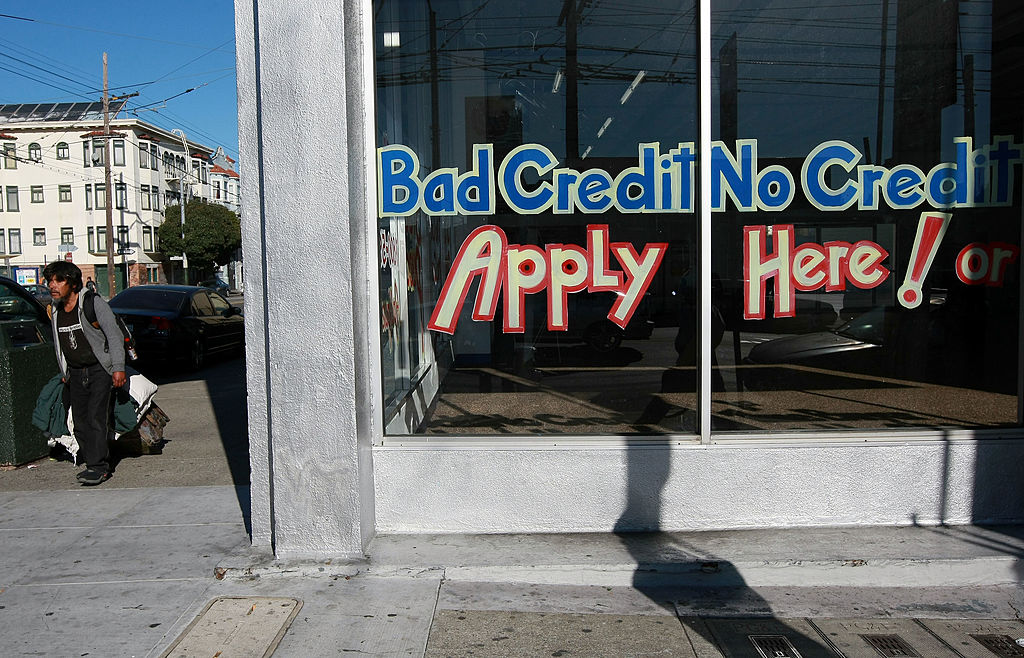 You need to be careful about unreliable loans. | Justin Sullivan/Getty Images

Everyone has a relative who is bad with money, and seniors living comfortably might offer to help. For example, a nephew or grandson with a low credit score might need a hand to get a loan for a car. So the dealer will suggest bringing in a relative as the co-signer. Even in normal cases, this deal has no upside for the co-signor. And if you aren’t careful you might end up as the primary owner. Read the fine print if you agree to this arrangement.

Next: Selling your car on Craigslist could expose you to criminal buyers. 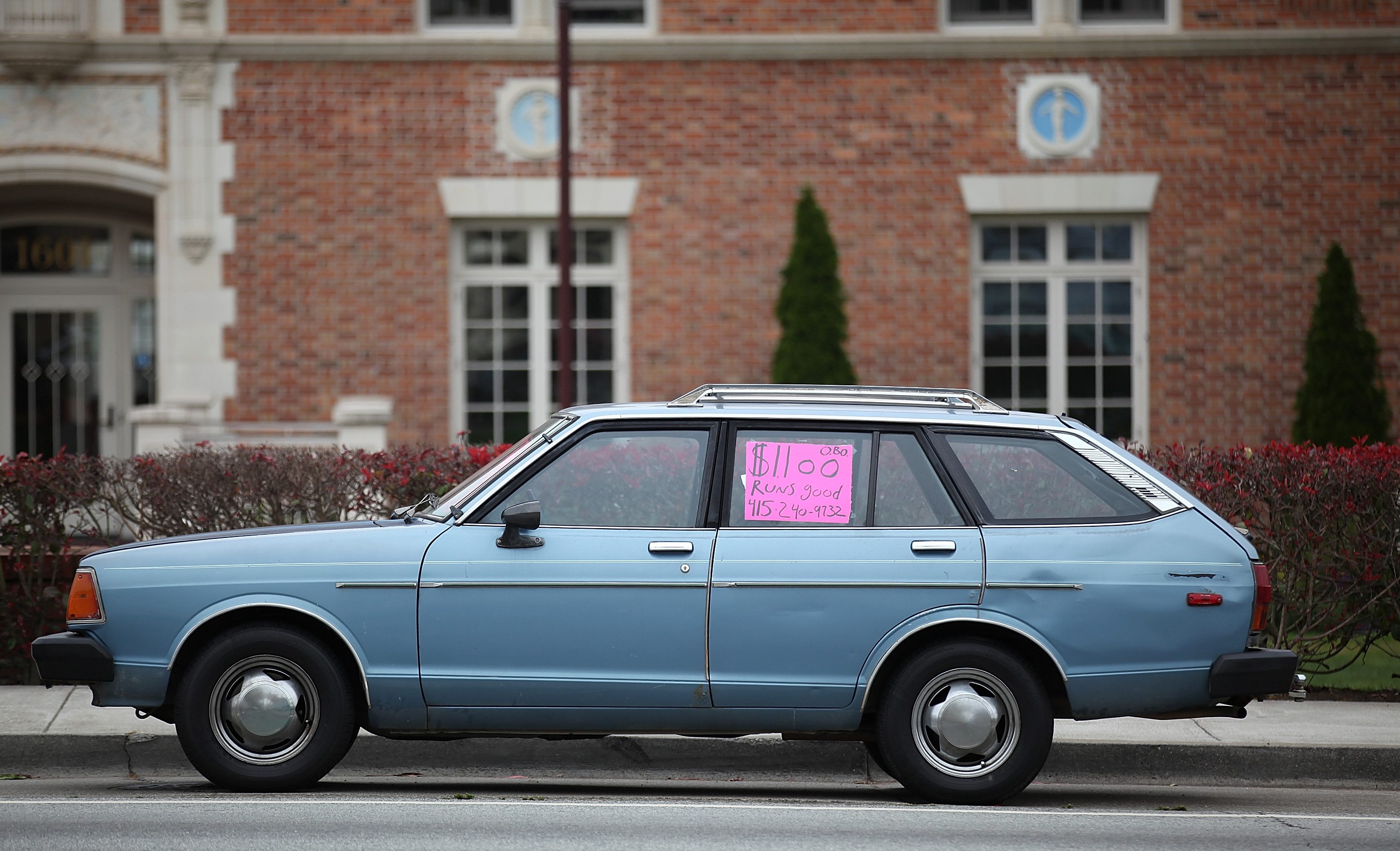 Internet scams get more complicated every year. The Better Business Bureau warns of one that comes when you try to sell a vehicle on Craigslist. Soon after, you’ll hear from a buyer who wants to purchase the vehicle and arrange pickup immediately. However, rather than paying in cash, they’ll claim they sent the money via PayPal. At the time of pickup, you’ll even get an email that appears to be from PayPal confirming payment.

Web-savvy seniors who are comfortable with PayPal (typically a secure way to transfer money) might accept this as payment and hand over the keys. However, you’ll soon discover the payment never happened. Scammers find a way to fake emails of payment confirmations that are convincing. Only deal in cash, or if using Craigslist get a family member involved on your behalf.

Next: When you pay for premium parts but get generics 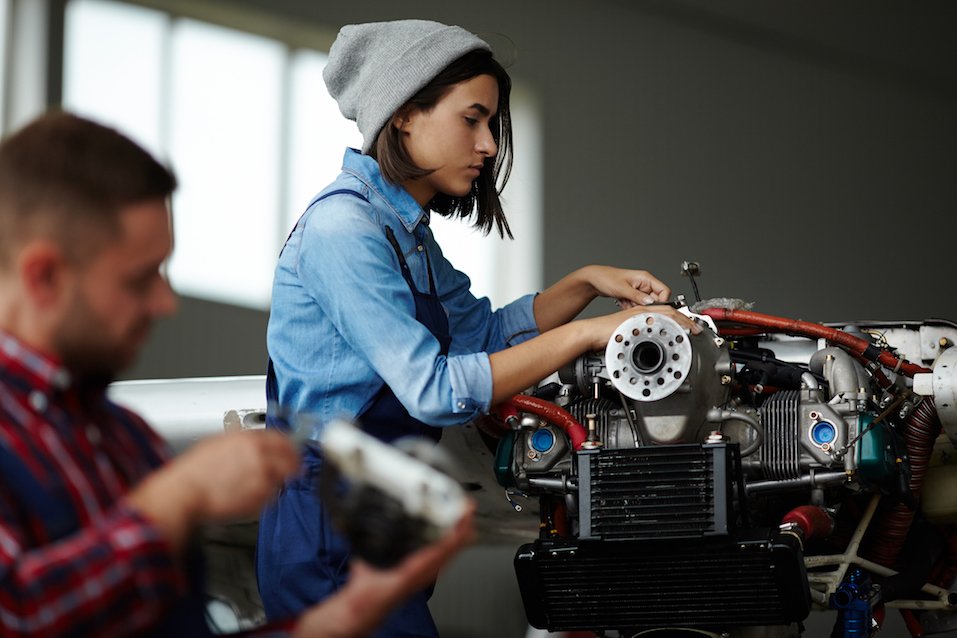 Having a reliable mechanic is vital. | shironosov/iStock/Getty Images

Scams at repair shops might also involve inferior or even broken parts forced upon mechanics by insurance companies trying to save a buck. In 2015, more than 500 repair shops in 36 states filed a lawsuit against State Farm for this practice. In the end, customers got cheap and unsafe parts installed in their cars. Not only was it a ripoff, but consumers also faced danger once they got back on the road. Finding a mechanic you trust is really the only way for seniors to avoid this trap.

Next: Offering next to nothing for a trade-in 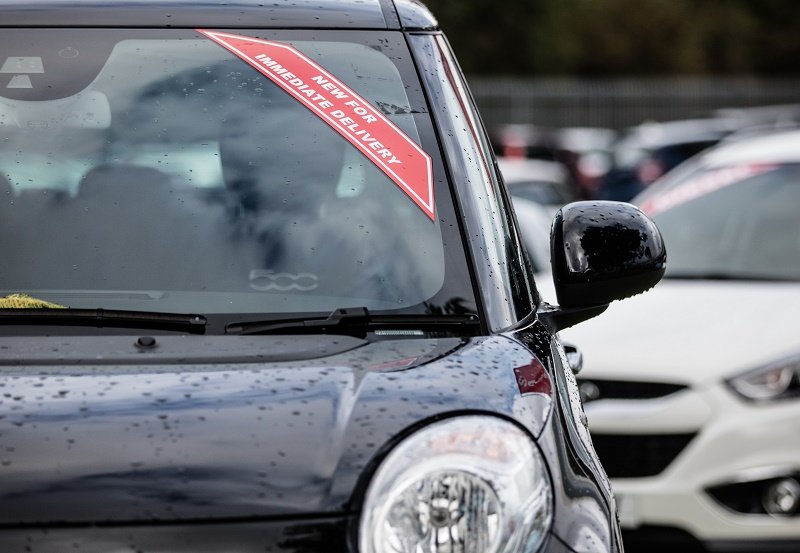 Get someone to check the appraised value. | Matt Cardy/Getty Images

New-car buyers who haven’t had their old vehicle appraised might not be aware of its trade-in value, and dealerships can take advantage of that fact. They’ll tell you any car isn’t worth much and give you a lowball offer. Although salespeople use this tactic all the time, they might try to pressure seniors more if they sense someone who is out of touch with the auto market. Always get a second and third quote before you agree on a trade-in price.

Next: When a dealer “forgets” to pay off your old car

2. The loan a dealer doesn’t pay off 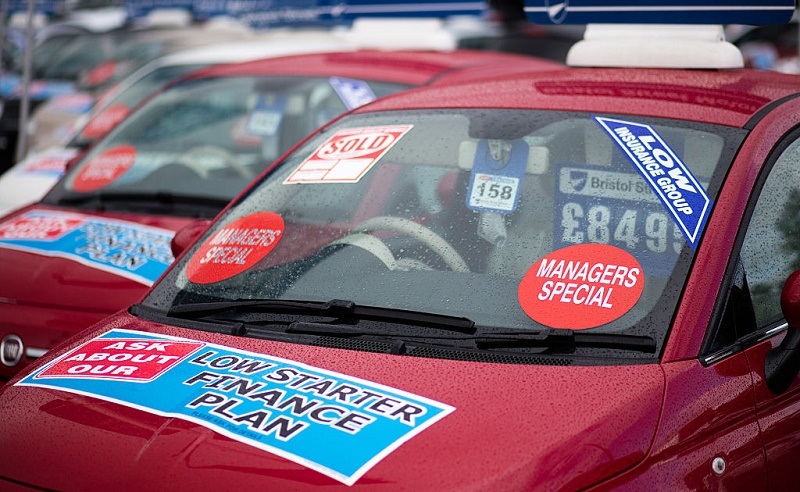 Try paying off the loan before trading in your car. | Matt Cardy/Getty Images

Trading in a car with a loan balance comes with risks. In the worst case, a dealer can promise to pay off the balance on your trade-in but never do it. If payments stop on a vehicle, you will still be liable for it and risk damage to your credit. Seniors trading in a car with a loan balance should either pay it off beforehand or have the dealer put it in writing that they will pay off the loan within 15 days. Otherwise, you might find yourself facing two car payments.

Next: The worst financing trap dealers will try 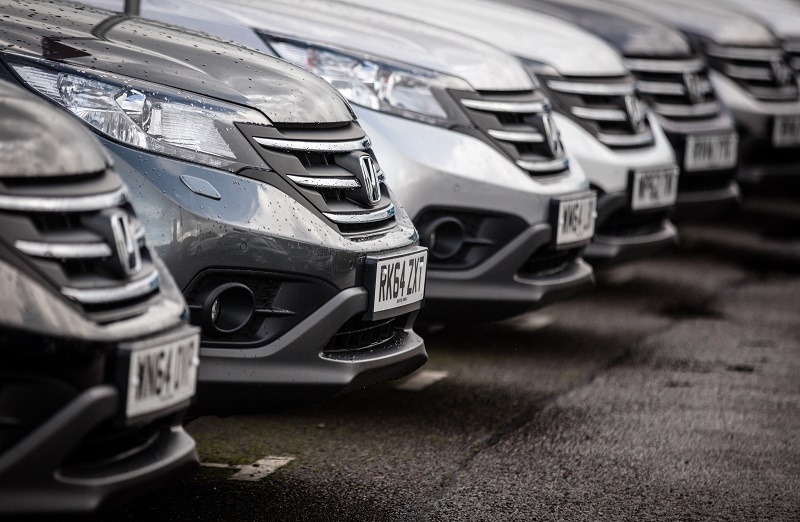 Know your rights, and get a proper rate. | Matt Cardy/Getty Images

The Center for Responsible Lending, a nonprofit organization that aims to protect borrowers, warns of the yo-yo financing scam dealers use on unsuspecting car shoppers. In this situation, someone with bad credit learns they got an auto loan approval at a decent interest rate. However, a few weeks after the purchase the salesperson calls the buyer to say the loan did not go through and that they need to renegotiate.

Once the buyer goes back to the dealership, they will learn the new rate is much higher than the original one. If they try to refuse, dealers can threaten to charge them with theft or attempt to keep their down payment, the Center for Responsible Lending warns. Seniors have to make sure the financing is complete before driving off in a new car. It’s probably the worst auto scam out there.