There Are Big Problems for the Biggest Banks 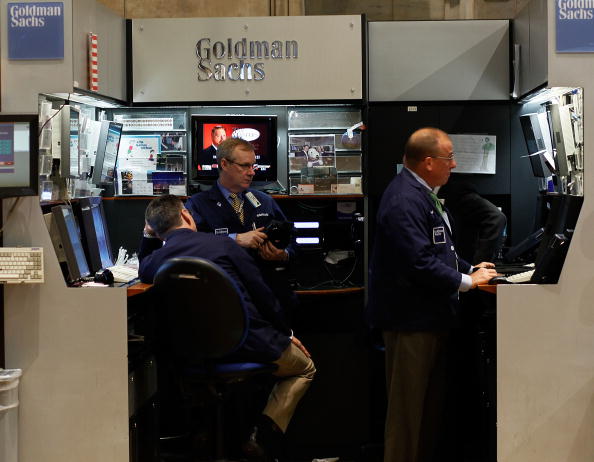 Recently, one of the world’s largest financial institutions – JPMorgan (NYSE:JPM) — announced that the decline in its trading business is accelerating. As a result, the stock fell nearly 2.5 percent on Monday on high volume — 25 million shares. Shares in rival trader Goldman Sachs (NYSE:GS) fell in sympathy by 1.6 percent on what was a relatively flat day for stocks.

If you look at a chart of these two stocks for the year, a bearish pattern is emerging. We are seeing lower highs and lower lows, which means that investors are taking opportunities to sell or to short rallies. This is despite the fact that both companies trade at relatively modest valuations. JPMorgan trades at just 10 times this year’s earnings estimates and at less than its stated book value. The same can be said about Goldman Sachs.

These two companies aren’t the only large financials seeing negative sentiment. Bank of America (NYSE:BAC) saw its shares plummet early last week as the company announced that it would be suspending its stock repurchase program and keeping its dividend at a negligible penny per share each quarter. The company blames a $4 billion error. Citigroup (NYSE:C) recently failed a Federal Reserve stress test. Both stocks are technically very weak as it is underperforming the market, and like its peers JPMorgan and Goldman Sachs, it is making lower lows.

Ultimately, these problems are all interrelated. These companies are struggling because of new regulations resulting from the financial crisis of 2007 – 2009. The decline in trading revenues is resulting from tighter regulations limiting and dis-incentivizing trading in “exotic” derivatives and investments. The restrictions on Bank of America’s capital is the result of the government and the Federal Reserve restricting what banks can and cannot do with its capital. The fact that Citigroup failed a stress test will likely mean that it will face similar restrictions on its capital.

In short, the fallout from the financial crisis — even though it has been over for five years — is still at large. Banks face punitive restrictions, and it is also facing additional losses stemming from that era.

In many ways, this is already priced into the share prices of these companies. As I have already mentioned, JPMorgan and Goldman Sachs trade at 10 times earnings and below its respective stated book values. Citigroup and Bank of America are even cheaper.

Given these prices, is now the time to buy? As my comments regarding the trading patterns in these stocks suggest, the answer is “no.” The fact of the matter is that despite the aforementioned valuations, these stocks have a lot of embedded risk. These companies are facing uphill battles from regulations to litigation to non-performing loans. Thus, I suspect that the fairly positive earnings estimates that we are seeing are too high, as are analyst estimates regarding these companies’ future share prices. Even when the average analyst recommendation is a “hold,” as is the case for Goldman Sachs, the stock price target is $20/share higher than the $156/share price tag.

The fact that we are seeing weakness in these stocks now even though it trades at low valuations indicates that analysts have yet to recognize the downside, and so when JPMorgan or Bank of America come out with announcements such as the ones we saw recently, its stocks are going to fall. Until we begin to see some negativity priced into these stocks, and until we start to see some write-downs either in the enterprise values of these companies’ trading divisions or from “errors” such as the one we saw from Bank of America, the best stance to take as an investor is that the market remains oblivious to the risk.

While the bear market in financial stocks might have ended 5 years ago — and I’m not sure that it has ended — there is no reason to believe that a new bull market has begun. With that being the case, I would avoid investing in these financial stocks, or in similar companies. There are too many high quality places to put your money to waste your time trying to figure out the tangle of thorns that is an American financial institution.