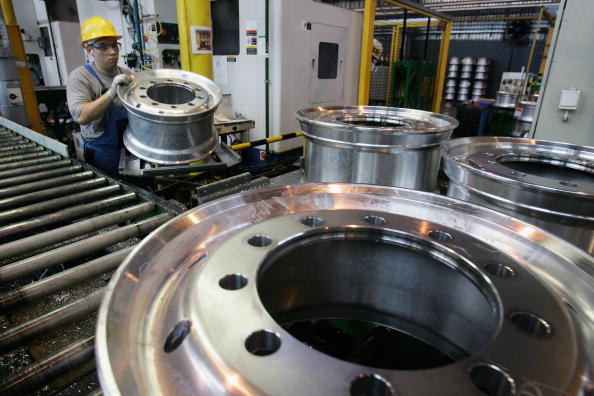 The results are in, and the latest data on orders to U.S factories is slightly disappointing, to say the least. New factory orders fell for the first time in three months in May, and the decline was recorded across a fairly broad base of industries.

The news is underwhelming but not necessarily alarming. The data does contain a few bright spots, which signal that demand is still generally healthy. Inventories rose 0.8 percent to $652 billion, the highest since the Commerce Department started publishing the series. Inventories have been going up for eighteen of the past nineteen months. Manufactured nondurable goods inventories have been up five consecutive months, increasing 0.6 percent to $254.billion in May. Inventories of petroleum and coal products grew 1.4 percent to $50.1 billion. Businesses tend to increase inventories when they anticipate a rise in demand.

One positive sign for demand is an increase in unfilled factory orders, or orders that have been placed but not filled. Unfilled orders rose 0.6 percent to $1.09 trillion in May, the thirteenth consecutive increase.

Data released on earlier this week supports the picture of a general increase in activity in the manufacturing sector. According to the latest reading of the manufacturing purchasing managers’ index (PMI) maintained by research firm Markit, manufacturing business activity accelerated in June — the headline index climbed to 57.3 in June from 56.4 in May, the highest since May 2010.

“Manufacturing may account for only 13 percent of U.S. GDP, but the sheer pace at which the sector is growing means it will have provided a major boost to the economy in the second quarter. Importantly, factory activity remains an important bellwether for the performance of the rest of the economy. We therefore expect GDP to rise at annualised rate in excess of 3 percent, more than reversing the contraction seen in the first-quarter,” commented Markit Chief Economist Chris Williamson in the PMI report.

For its part, the Federal Reserve expects the economy to grow in a range between 2.1 and 2.3 percent this year, which is a sharp downwards revision from its previous projection of 2.9 to 3 percent for the full year. This is mainly due to the 2.9 percent contraction in GDP in the first-quarter.