These 10 Jobs Have the Highest Gender Pay Gaps 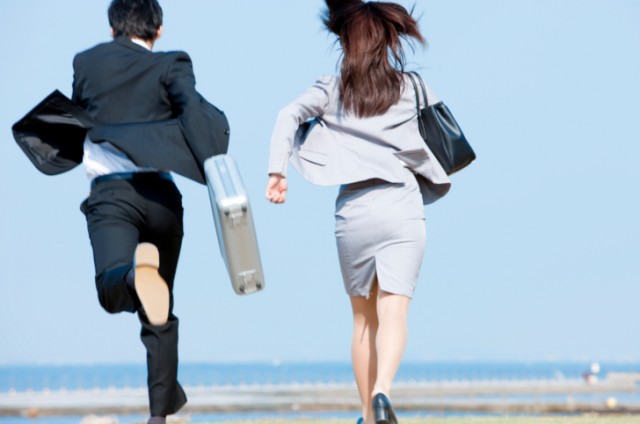 It’s mind-boggling that decades after the signing of the Equal Pay Act of 1963, women still earn less than their male counterparts, and recent research suggests the problem will be sticking around for quite a long time. The pay gap between men and women has continued to narrow, but it’s happening at a snail’s pace. A recent report from the Institute for Women’s Policy Research (IWPR) predicts American women won’t see equal pay until 2058 if progress continues at its current rate.

According to the Census bureau, the 2013 female-to-male earnings ratio was 0.78, or 78 cents on the dollar. There are differing opinions on the exact number, but studies consistently show progress has slowed to a crawl in the last ten years. The IWPR report emphasizes the differences in the wage gap by state. For instance, it predicts that Wyoming won’t see equal pay until 2159.

But the IWPR’s authors also looked at the differences based on profession. The wage gap extends to nearly every occupation, but there are certain industries and careers that see a particularly large discrepancy. The IWPR looked at occupational groups by gender-earnings ratio, revealing the fields with the lowest gender earnings ratios, or highest gaps in pay. Based on data covering the year 2013, sales and related occupations was the worst group with a gender earnings ratio of only 62%, followed by production, transportation, and material moving at 69.2%. The third most severe wage gap group was professional and related occupations at 71.4%.

The IWPR also found that science, technology, engineering, and mathematics (STEM) occupations, among the fastest-growing and highest-paid positions in the U.S., are dominated by men. Only 4.6% of women work in STEM occupations versus 10.3% of men. The median annual earnings in STEM occupations were $64,000 for women and $78,000 for men. The IWPR’s research points to persisting occupational segregation, in STEM jobs as well as other white collar positions.

Women are underrepresented in the country’s highest paying fields, and across all levels of education, men earn more than women with equal schooling. Young women are facing a slightly smaller gap, earning 85.7 cents for every dollar earned by male peers. However, many of these women have likely not yet reached their childbearing years, and women’s propensity for career interruptions is often cited as a major driver of the persistent wage gap.

There’s no shortage of theories behind the persisting gender wage gap, but let’s look at how it’s currently broken down by occupation. Fortune recently examined data from the Bureau of Labor Statistics, covering the year 2014, to determine the jobs with the worst wage gaps. Here are the 10 jobs in which women face the largest discrepancies in weekly earnings.

6. Sales and related workers, all other