These Are the Dumbest and Most Embarrassing Questions Employees Get Asked

Although some people say there is no such thing as a dumb question, that’s not always true. Some questions are really dumb and make the person asking the question look unintelligent. If you think you’ve heard it all, you haven’t heard the dumbest of all work questions until you read through this thread on Reddit where employees discuss some of the most asinine questions they’ve ever received.

Here are the dumbest and most embarrassing questions employees get asked.

This is free, right? 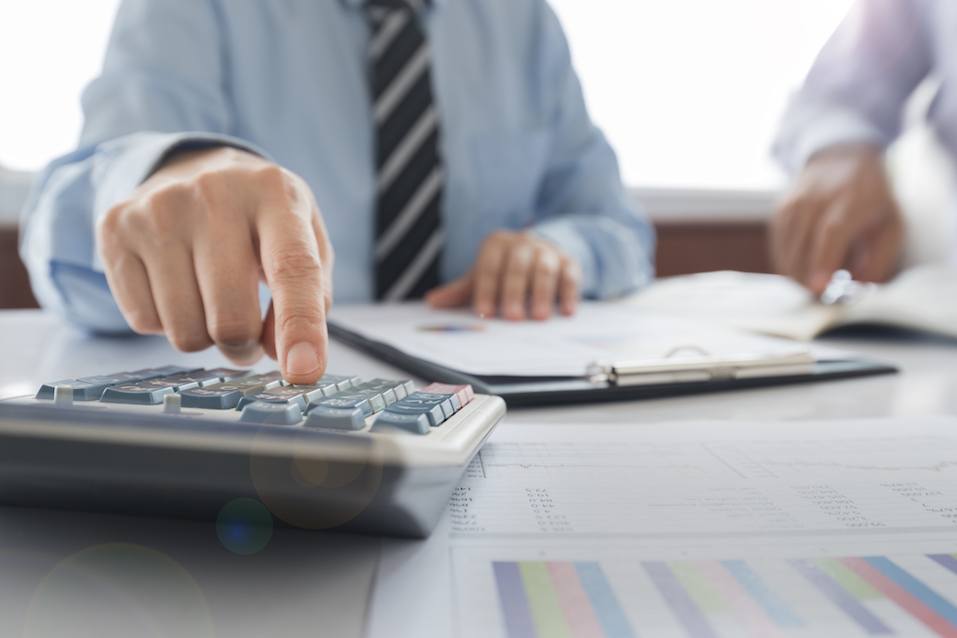 At some point, no matter the industry, you’ll likely encounter a customer or co-worker who wants a freebie. Some people automatically expect special treatment and they’ll do whatever it takes to get a product or service free of charge. Other people will attempt to take a freebie without asking. One such person was encountered by a Reddit user who goes by the name of TrapperMAT:

I work for an accounting firm. We did a project for them, wrapped it up, and billed it. A few months later, they came back with another project. So, we did the work, and gave them a bill. They somehow thought that the new project was covered under the previous invoice.

Next: This question will make you laugh out loud.

How does paper fit through a fax machine?

Fax machines shouldn’t be that hard to figure out. | zhudifeng/iStock/Getty Images

The fax machine is a wonderful invention. They help you send copies of documents quickly and efficiently. However, not everyone understands how a fax machine works. This became painfully obvious to Reddit user HardyCJM:

There was a girl I worked with a few years ago who thought [you could send original documents through a fax machine]. We were sending a fax and she leaned down to look at the wires and asked, “How does the paper fit through those? It must roll it up really tight?” She was deadly serious.

Next: The answer was pretty obvious.

Why doesn’t my computer work when it’s not plugged in?

Some problems have a simple solution. | iStock/Getty Images

Sometimes a problem at work has a very simple answer. The key is to not overthink things. However, one Redditor said he worked with a client who made life more complicated than it had to be. One very simple solution would have solved the problem. This is what HouseCravenRaw had to say:

Got a call that a user’s laptop was dead and wouldn’t power on. I go and check it out. Press the button, no life. Plug it into the power, it starts charging. Press the button, it boots just fine. The user wasn’t plugging the laptop into power because she “thought we had wireless.”

Next: This person needs to read the company manual. 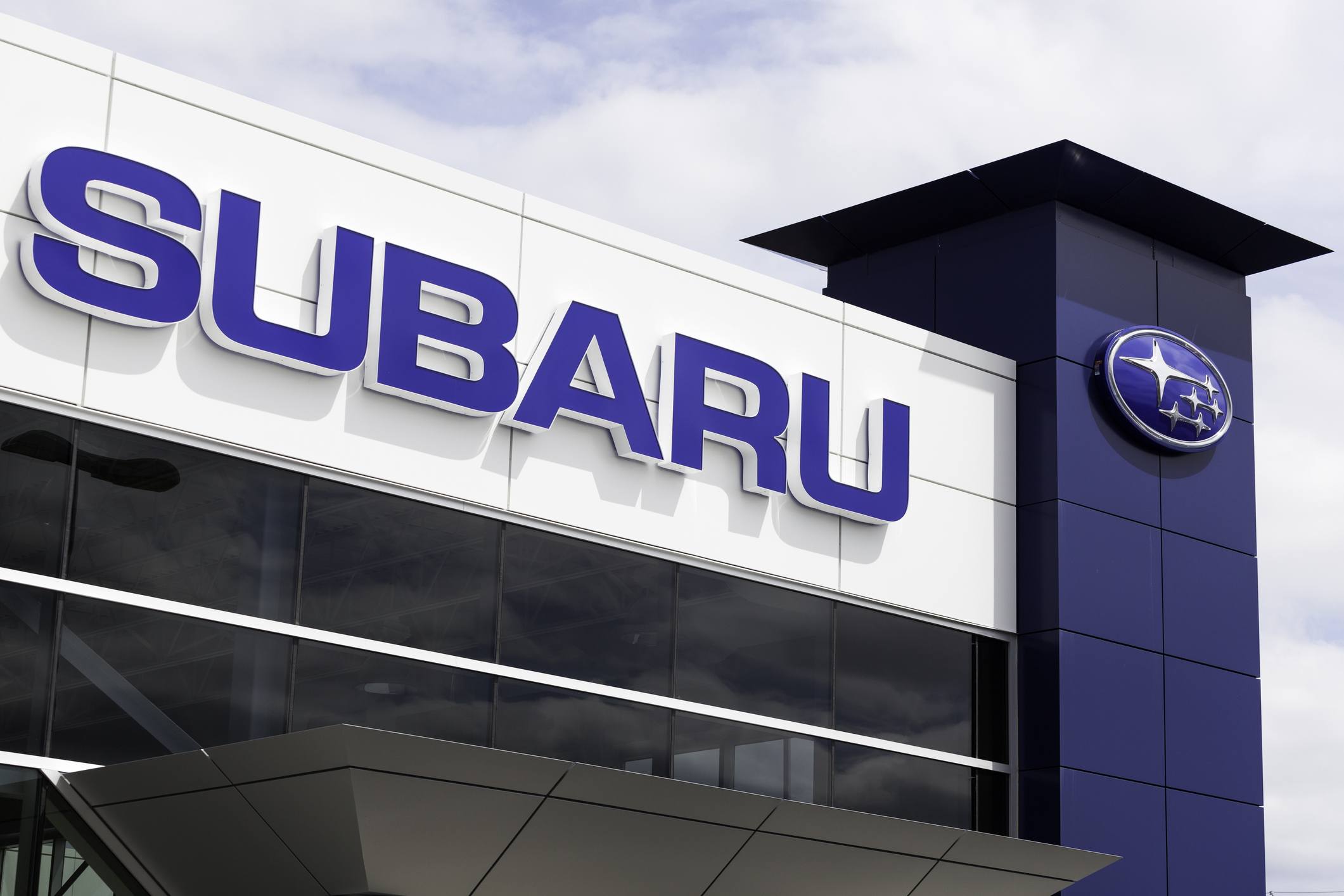 The manager at a Subaru dealer had a pretty silly question for one of his employees. | tomeng/iStock/Getty Images

There’s almost nothing as annoying as an employee—or worse—a manager who doesn’t know the company’s policy. One employee on Reddit who uses the name DrBigsKimble shared a dumb question a manager asked: “I used to work the counter in parts at Subaru and my manager was helping a customer (a rare occurrence for him) and he turned to me and asked me, ‘How many days do we have for a 45-day return?’”

Next: You won’t believe this question.

Can you fax me some cash? 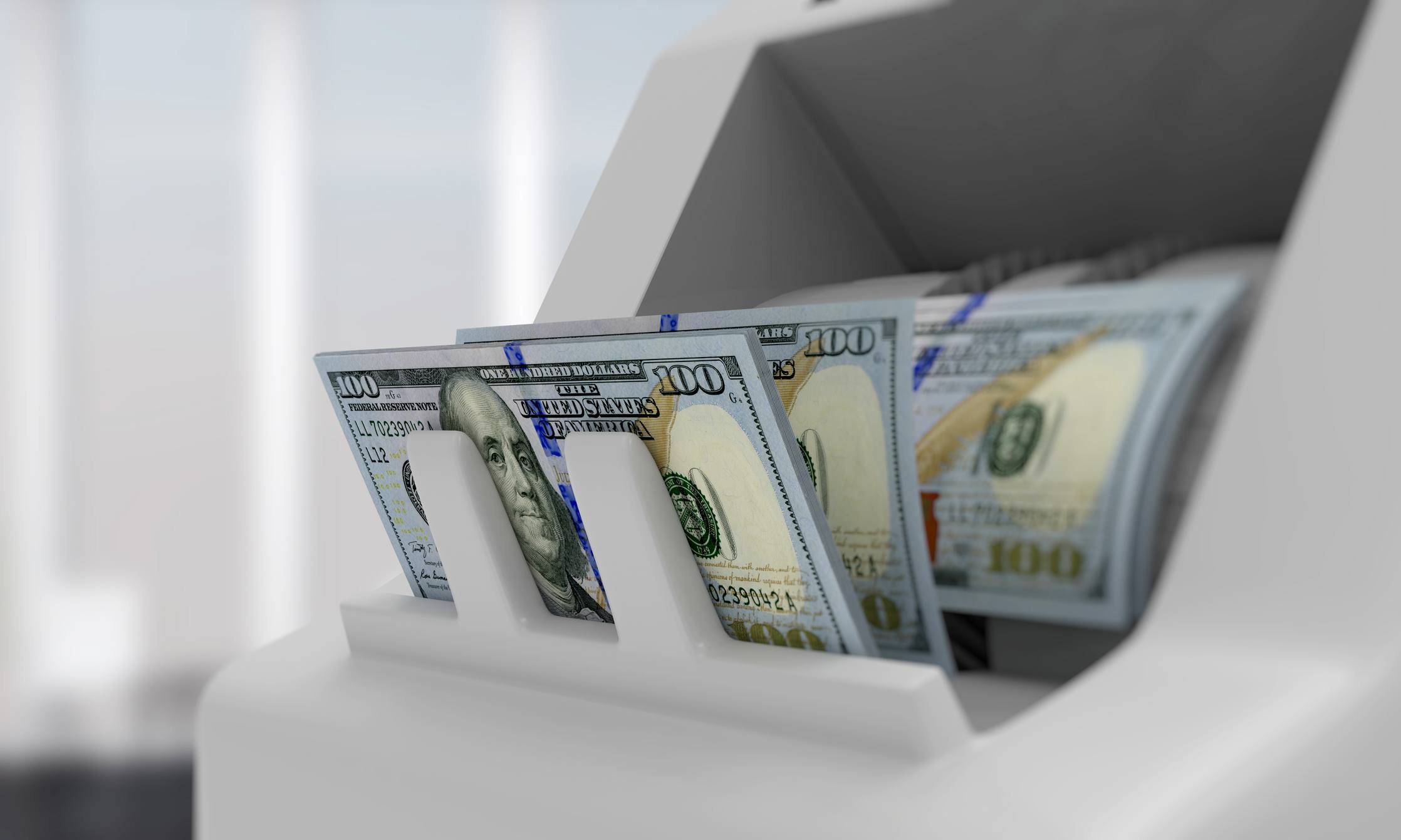 A broken ATM prompted a strange question from a customer. | rasslava/iStock/Getty Images

Working at a bank can be frustrating. This is especially true when customers don’t understand how technology works. Reddit user kitjen wrote about the challenges of assisting someone who couldn’t grasp the impossibility of his request:

I used to work in a call center for a large bank and a customer phoned while he was in one of the branches and said the queue was too big, so he wanted me to help him. I asked what his query was, and he said the ATM was broken so he had to withdraw cash. I asked how I could possibly help him withdraw cash from the bank over the phone and he said, “Why can’t you just fax it to me?”

Next: Is she for real?

Do I need a paint brush to paint this fence? 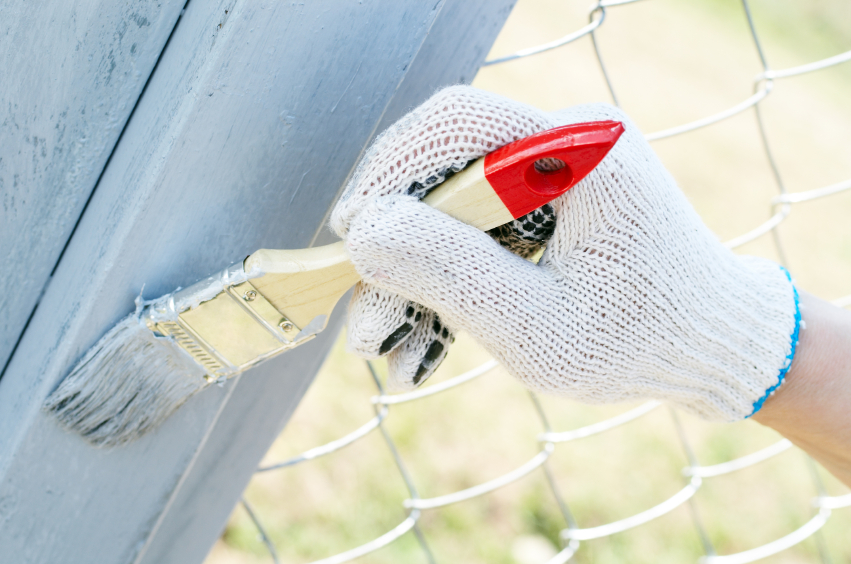 Another annoying work situation is when someone has no idea how to use a product or service your company offers. Reddit user konnektion was dumbfounded after this incident:

Selling paint. Woman wants to paint her fence. I give her advice and explain to her how to prepare the surface. She then asks: “Do I need anything to apply the paint?” I’m like, “Yeah a roller or a brush.” She’s like, “Oh, I can just splash the paint on the fence?” She was dead serious. Woman, this is not Looney Tunes; this is the real world!

Next: Some people need way more help than you can provide.

There’s no cash in my account. Why can’t you just give me more? 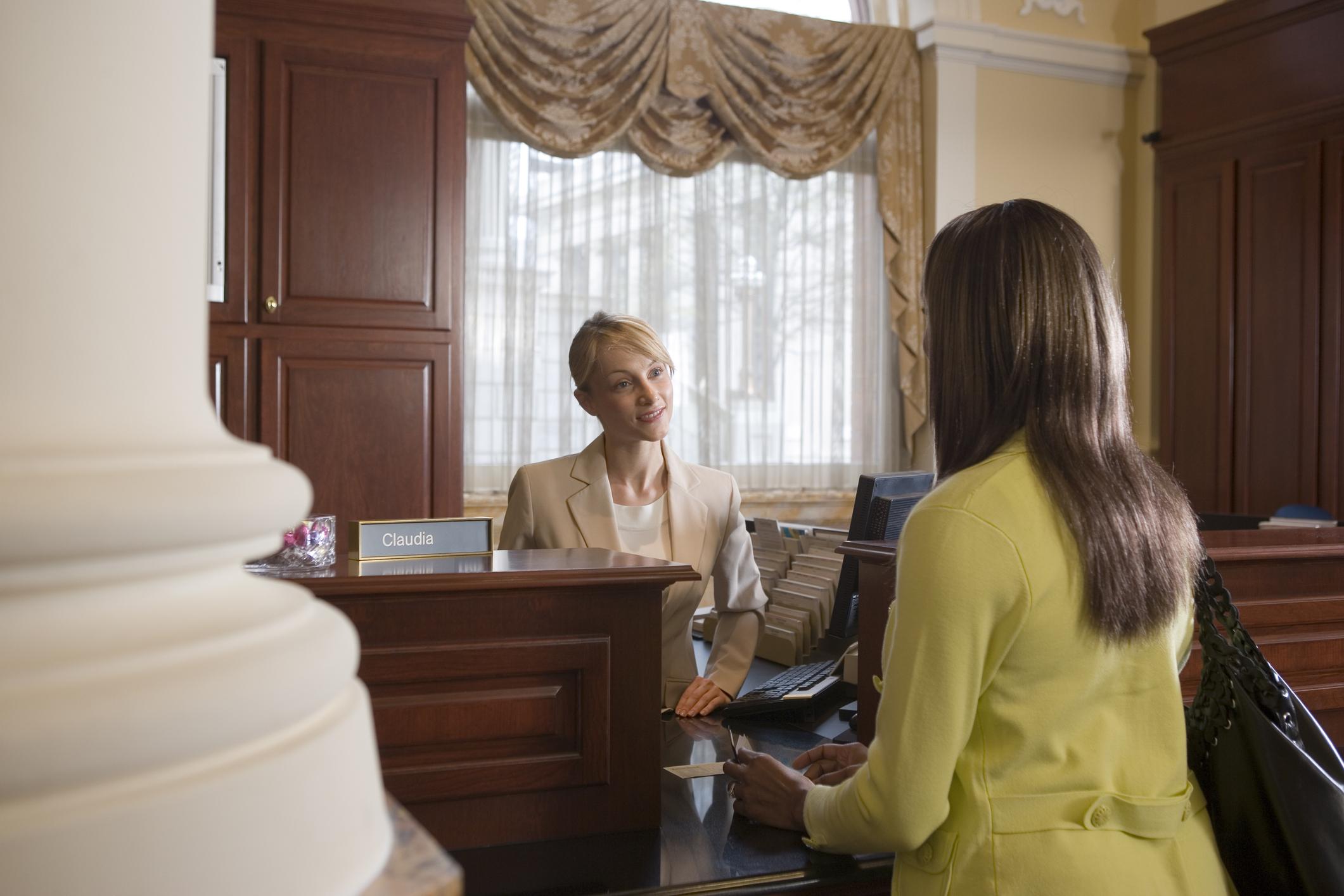 Just about everyone wants more money. If you don’t, you either have a lot of cash or you’re a very special person. One Redditor who deals with money daily as a bank teller spoke about a woman who thought she could just ask for cash and it would magically appear—even if her account had a zero balance. Said Reddit user OMothmanWhereArtThou:

I used to work as a bank teller. A lady came up to me and asked to withdraw money. I informed her that she couldn’t withdraw money because her account was overdrawn. She was immediately upset, so I had her account checked for fraud. She then explained that all those charges were hers and she wasn’t expecting any payments. She was spending money she knew she didn’t have. She then asked me why we couldn’t just give her more money.

Next: We really hope this person was joking.

What does this calculator do? 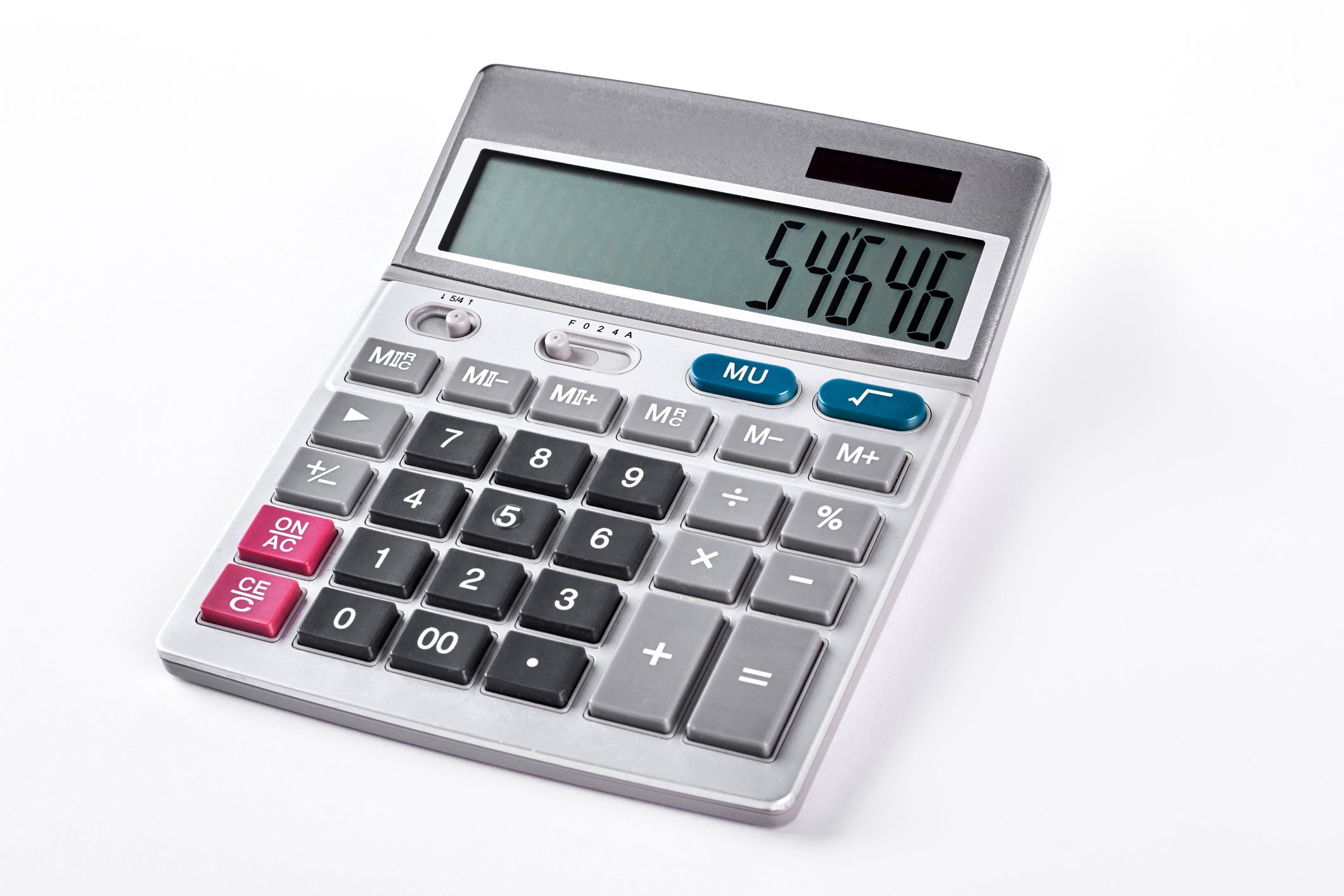 You’d think most people would understand how a calculator works by now. | Denisfilm/iStock/Getty Images

Sometimes you’ll get random questions that are not only dumb but also don’t directly relate to your job. These types of questions just leave you scratching your head, wondering how this person even got their job. These are among the dumbest questions you’ll hear during work hours. Redditor Detroydus spoke about a time when a co-worker made this crazy query: “A co-worker at a video store asked, ‘Does this calculator do math?’”