These Unexpected Retirement Expenses Could Derail Your Future Plans

How prepared are you for retirement? Even the most cautious planners could face unexpected retirement expenses, no matter how many times they crossed their t’s and dotted their i’s before making the jump.

About 40% of retirees say their retirement expenses are higher than they had envisioned, according to the Employee Benefit Research Institute. While you can account for traditional costs, such as utilities, housing, and taxes, other things can’t be budgeted as easily. Simply outliving your savings can derail the most assured retirement plans. But it’s those less than obvious expenses you never really think to prepare for that get most costly.

As we take a look at the 15 biggest unexpected retirement expenses, one thing’s for sure: You need more money than you think you do to fund a successful retirement. 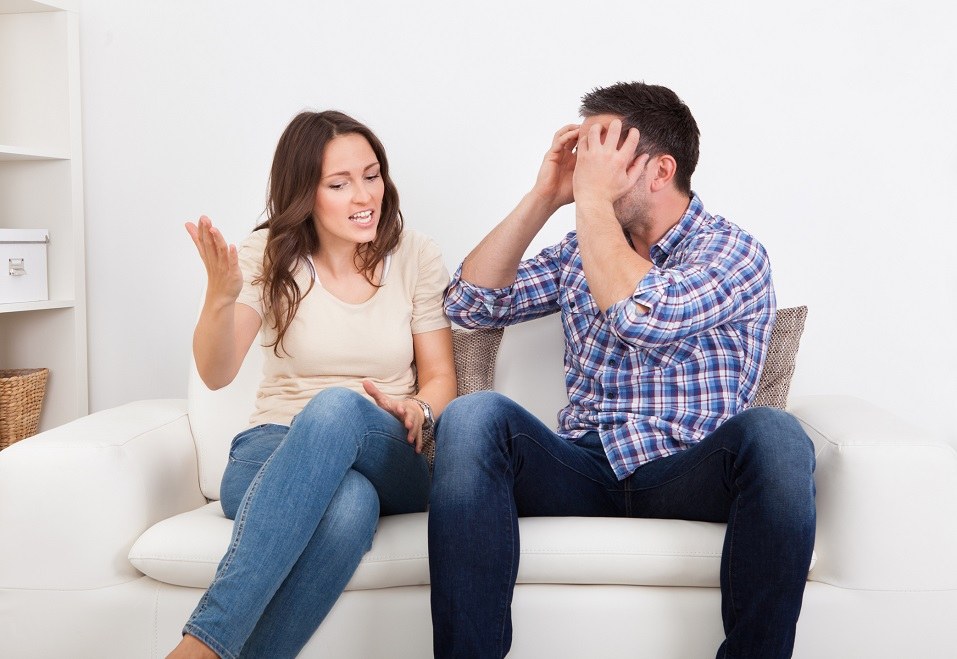 It’s expensive to get divorced. | iStock.com/AndreyPopov

Divorce is becoming increasingly popular for people over 50. A study by Pew Research Center found the divorce rate has nearly doubled for Americans 50 and older. And those over 65? Their rate almost tripled. Research suggests the rate of later-life divorces is climbing as people grow unsatisfied with their unions and seek opportunities to pursue their own interests in their remaining years.

A separation of ties will affect your retirement in more ways than one. Divorcees tend to be less financially secure than married adults. After all, the average cost of a divorce is about $15,000, with a $250 hourly rate for an attorney. Also, living alone on one income at an older age can be especially harmful to both your financial comfort and social life.

Next: You never think this next thing will happen to you.

2. A victim of fraud

How prepared are you if identity fraud strikes? | iStock.com

No one ever thinks they will be a victim of financial fraud. That kind of devastation only happens to other people, right? Until it happens to you. Research shows 17% of Americans age 65 and older have been taken advantage of in terms of irresponsible investments, high fees for financial services, or outright fraud. Suddenly, your nest egg is destroyed, and you’re left picking up the pieces of a retirement gone bad.

Next: How secure is your pension? Not very.

3. Counting on a pension that’s not there

An unexpected cut to your pension plan could hinder your retirement goals. Public workers — such as teachers, firefighters, and other government employees — are in danger of losing what should have been guaranteed retirement income. States, including California, Illinois, and New Jersey, are billions of dollars deep in pension liabilities and could soon begin cutting pension payments to retirees to account for the difference. Therefore, you must be prepared that you might not get what you were promised in terms of income and take action to save on your own by diversifying investments.

4. Taking care of a grandchild

Many grandparents are sole guardians of their grandchildren. | iStock.com/omgimages

You probably pushed and pushed for your children to have babies you could spoil and lavish with attention. After all, what’s better than enjoying the company of a child before sending them back to their parents once the crankiness sets in? Whether you are filling in to avoid expensive day care fees or acting as a guardian for your grandkids, children are a money pit.

Also, an unexpected tragedy could deem you financially responsible for your grandchildren. As of 2015, 2.9 million children were living with grandparents who were responsible for their care — and those are just the ones stepping up full time. Although you’re likely more than happy to step in, this additional cost could derail your plans to live free and clear during retirement. And therefore, it should be identified as a possible expense early on.

Next: This next expense will depend on where you live.

5. Damage to home after a natural disaster

How much of your home is covered by insurance? | John Gress/Getty Images

Depending on where you live, your home could be at risk of significant damage due to a natural disaster. Flooding and hurricanes may be a potential catastrophe on the East Coast, whereas wildfires are more common in some West Coast states. Maybe you live in an area that doesn’t require insurance, so you have to fund the damage out of pocket. Or you have insurance, but the deductible is sky high. Regardless, many retirees aren’t prepared to handle such turmoil on a limited budget.

Next: Returning the favor for your parents

6. Caring for a needy or incapable parent

Your parents will likely need your help. | iStock.com/Highwaystarz-Photography

Other than the occasional perpetual cynic, there are very few people who’d balk at the effect modern medicine has had on our life expectancy. Living longer means you’ll be able to spend more time with the ones you love, including your parents. But a sudden illness, medical expense, or job loss could mean you have to step in to assist them. Unless they’ve taken extreme care in preparing their financial nest egg, they might run out of money as time passes, leaving you to support their daily living habits. Even if you are more than happy to lend a hand, this could be a significant source of overhead for retirees already on a tight — and carefully allocated — retirement budget.

Untimely death is a significant and unexpected retirement expense. | iStock.com/Ridofranz

Not only will a sudden and unexpected death of a spouse bring large amounts of personal grief, it will also lead to additional financial hurdles for the surviving spouse to cross. The financial impact can include things, such as a reduction in pension benefits, lingering medical debts, and the inability to manage the remaining finances on your own. Therefore, it’s important for couples to discuss life insurance, long-term care, and estate planning sooner than later.

Next: How stable is your job?

Can you still get by without part-time income? | Mario Tama/Getty Images

Maybe you planned to defend any surprising expenses by remaining employed part time during retirement. This is actually a smart idea for those who wish to stay alert, active, and healthy during their later years. But a sudden change in physical or cognitive abilities could cut this employment stint short if it affects your ability to perform at work. Could you make do without supplemental income? If not, you should find additional sources of income to pad your savings before you retire for good.

Many Americans are diagnosed with a chronic illness during retirement. | iStock.com/johnkellerman

A lot has already been said about the rising costs of health care during retirement. One big contributing factor is when you or your spouse are unexpectedly diagnosed with a chronic illness. More than 3 in 4 Americans over age 55 have a chronic condition that requires ongoing medical attention, according to the Centers for Disease Control and Prevention. Treating a long-term disease is quite expensive and could do a number on your health care budget. If you get diagnosed during retirement, you can expect a serious jump in prescription costs and out-of-pocket fees.

Next: An unexpected crash

You shouldn’t assume home equity will go up, not down. | Zillow

If you plan on selling your home for profit upon retirement, you might want to double check that it’s still going to pan out in your favor first. Should the housing market take another tumble, your home might be worth less than you expected and inhibit you from cutting ties from your investment and retiring as hoped. However, losses from the sale of personal property, such as your home or car, are not deductible. And such a road block could redirect your retirement plans in a big way.

Next: That pesky mortgage payment that won’t leave

11. A mortgage payment that still looms

You might still have a mortgage in retirement. | Spencer Platt/Getty Images

Roughly 35% of homeowners over age 65 have housing debt, owing a median amount of about $82,000. So it should not come as a surprise that housing costs will be one of the most significant and long-term expenses of your adult life. If you bought your house at age 29, you might think a 30-year mortgage is well within range to pay off before retirement. But a few hiccups along the way could throw a wrench in those plans. The best way to tackle this large expense is to pay off your mortgage before you retire or downsize to a smaller home with a less daunting payment.

Next: How long will you be able to manage your own money?

12. Inability to manage your own finances

Having someone else manage your finances is an unexpected retirement expense. | iStock.com/Highwaystarz-Photography

Research suggests cognitive functions begin to slip as people hit their peak retirement years. Although you might be comfortable managing your finances on your own today, five years from now could be a different story. Whether you choose to employ a financial planner or appoint a family member as a power of attorney, you must consider that you’ll eventually need additional guidance in this area. For example, it could be worth the extra investment to pay someone to do your tax returns as you age. Irresponsible or careless money management could lead to significant financial losses — something retirees cannot afford on a limited income.

Next: A roadblock you can never plan for, no matter how hard you try

13. Changes in taxes or entitlement programs

You just never know what changes the government will make to entitlement packages. | Mark Wilson/Getty Images

It’s practically impossible to predict what will happen to taxes and entitlement programs in the future. Just look at the uncertainty surrounding Social Security, pensions, and health care. It’s important to remember nothing is guaranteed, and diversifying your risks among retirement accounts will be most beneficial for safeguarding against such shocks.

Next: Home repairs you can’t ignore

Expensive home repairs could cost you more than you bargained for in retirement. | iStock.com

While you can expect to paint your house every so often, you might not be prepared to fund significant repairs, such as a broken pipe or heating and air replacements. Some projects can cost thousands, forcing you to use your emergency fund for something other than originally planned. And these breakdowns are not usually things you’d want to do without, no matter how fixed your income is. Sure, it’s somewhat simple to budget for home costs and other common repairs, but as you move through retirement, those large, necessary factors become more and more threatening to your overall plans.

Next: Running out of money — literally

15. Running out of money

It’s quite possible you could run out of retirement funds. | iStock.com

The average life expectancy for men is 76.3 years and for women is 81.2 years. A recent retirement survey found the majority of Americans feel they are behind on retirement savings, with little confidence they’ll be able to live comfortably when the time comes. Combine that with a longer life span, and it’s entirely possible you could deplete your entire retirement savings while you’re still kicking around down here on planet Earth. The best course of action to protect against this danger is to save aggressively from an early age. The more income you have at your disposal the better.