Should We Keep Blaming the Millennials for Everything?

Older generations like to take aim at millennials, but are their criticisms fair? | Warner Bros.

Millennials can’t catch a break. Not only is this generation saddled with tons of college debt and a challenging job market, but they’re also regularly ridiculed as entitled, flighty narcissists in constant need of praise, especially at the office. (Never mind that evidence suggests people in this demographic are actually pretty hard workers.)

The problems people have with millennials don’t stop with their work ethic. Those born roughly between 1981 and 1997 (the boundaries are a little fuzzy) also get blamed for a host of other things, from the downfall of iconic American brands to the country’s declining birth rate. It’s an impressive path of destruction for a generation that regularly gets tagged as lazy.

Is it fair to ask millennials to take all this flak for a changing world? Maybe; maybe not. We rounded up seven things “evil millennials” have supposedly ruined in America and tried to figure out whether they’re really to blame for these big cultural shifts.

Millennials have earned a reputation as disloyal job hoppers, but it’s not really deserved. Research shows younger workers aren’t switching employers any more frequently than those in Gen X did. Just like generations before them, today’s young people move from job to job because they know that’s the best way to get ahead (and get a big jump in pay). In fact, some people are worried millennials aren’t changing jobs enough. That reluctance to move around could depress their salaries for years to come.

Among the millennials who do change jobs frequently, well, who can blame them? Company loyalty to employees is a thing of the past. Younger workers who are keeping an eye out for other opportunities are smart, not disloyal.

Next: Are millennials killing the two-week vacation? 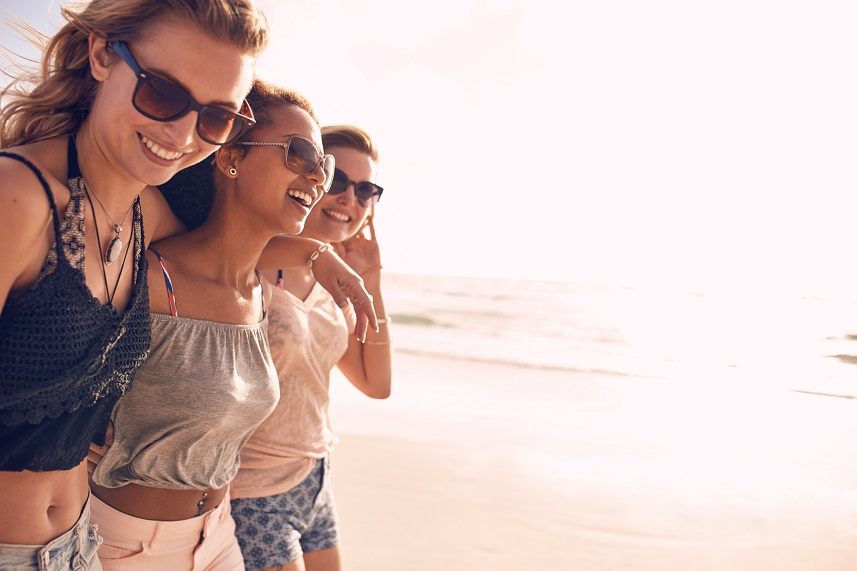 Many millennials aren’t taking all their vacation days. | iStock.com/jacoblund

Forget the stereotype of the lazy millennial. Apparently, they’re really a generation of “work martyrs” who refuse to take time off. Younger workers are more likely than Gen Xers and boomers to leave vacation days on the table, a survey by Project: Time Off found. They’re also more likely to feel “vacation shamed” when they do leave the office. Many also confess to shaming others for taking a little R&R, according to an Alamo Rent a Car survey.

Annoying as their refusal to leave the office is, vacation-shy millennials have some good reasons for their reluctance to take time off. Many millennial workers, especially young women, say they’re getting mixed messages from managers about whether vacations are OK. They’re also worried about their job security, Project: Time Off found. Then there’s the fact that younger workers are less likely to earn PTO than older workers. Even if they do have vacation days, all those student loans mean Instagram-worthy travel sometimes isn’t in the budget.

Next: Millennials aren’t just changing how we work — they’re changing where we work. 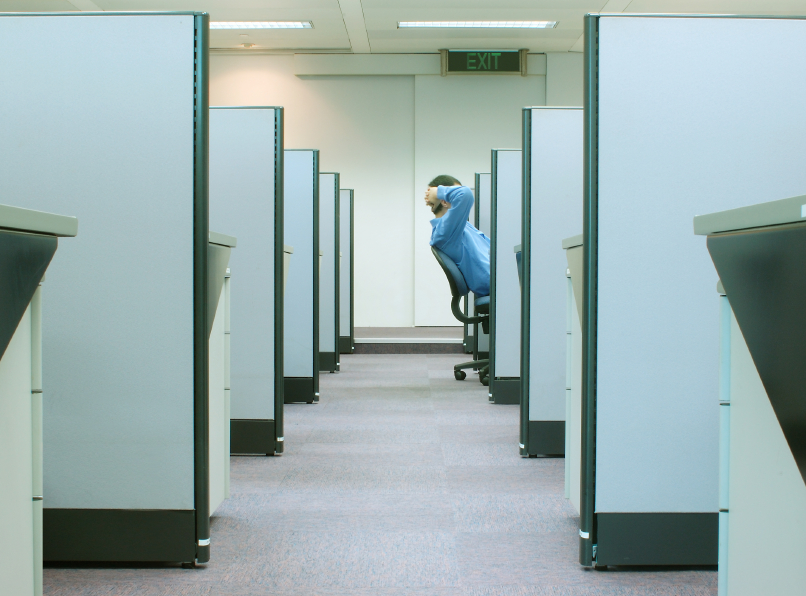 Companies are relocating to cities. | iStock.com

The bland suburban office park is dying a slow death. According to experts, millennials are partly to blame. Companies, such as General Electric and McDonald’s, are abandoning sprawling campuses on the outskirts of the city and returning to the downtowns they left decades ago. These urban offices are more appealing to city-dwelling millennials who want to be able to walk to nearby amenities and take public transit to work, according to Business Insider. But making millennial workers happy isn’t the only reason for the shift. Suburban office parks are aging and unattractive, noted NPR, and many are too big for the more streamlined way companies operate today.

Companies who are eager to move back to the city might be in for a rude surprise though. It turns out millennials don’t hate the suburbs as much as everyone thinks they do.

Next: Wait, do millennials love or hate the suburbs?

Just a few years ago, millennials were being credited with the downfall of yet another American institution: the suburbs. Publications, including Time, noted in the wake of the Great Recession and the housing bust, more people, especially young people, were moving to cities instead of settling in a single-family suburban home. Well, that death knell for Levitttown might have sounded too soon.

It turns out many millennials want to live in the suburbs, not a condo downtown. Younger people might be flocking to cities because that’s where the jobs are, but surveys suggest many long for a traditional single-family home, especially as they get older and start families of their own. They’re also drawn to the more affordable housing stock in the suburbs, according to the Los Angeles Times.

Next: The suburbs might survive millennials, but what about that most suburban of institutions: the mall?

The mall is dead. Who’s to blame for the decline of these temples to consumerism? You guessed it: millennials. Younger shoppers want to spend their money on experiences, not things, according to McKinsey, and when they do shop, they do so online.

So should we pour one out for America’s shopping malls? Maybe not. It’s true there are way more stores in the U.S. right now than shoppers to fill them, though that’s not just because of millennials. Developers helped do themselves in by building more stores even as Americans’ buying power shrank, Bloomberg noted. But some malls will survive, noted McKinsey, especially those that remake themselves as entertainment destinations. The verdict: Millennials didn’t kill the mall, though they are changing it.

Next: The death of casual dining chains

Those darn millennials. Not only do they not want to work in suburban office parks or shop at dying mall chains, such as Macy’s and Sears, but they also don’t want to eat at restaurants, such as Applebees and Buffalo Wild Wings. The latter chain’s CEO specifically called out millennials for the restaurant’s struggles.

Millennials want trendier, cheaper, faster food like that served at chains, such as Smashburger or Sweetgreen. And they are also more interested in cooking at home, noted Chowhound. Generic family dining restaurants just can’t compete. And if that means people are spending less money on food and cooking healthier meals at home, that might not be a bad thing.

Next: Are millennials putting America’s future at risk? 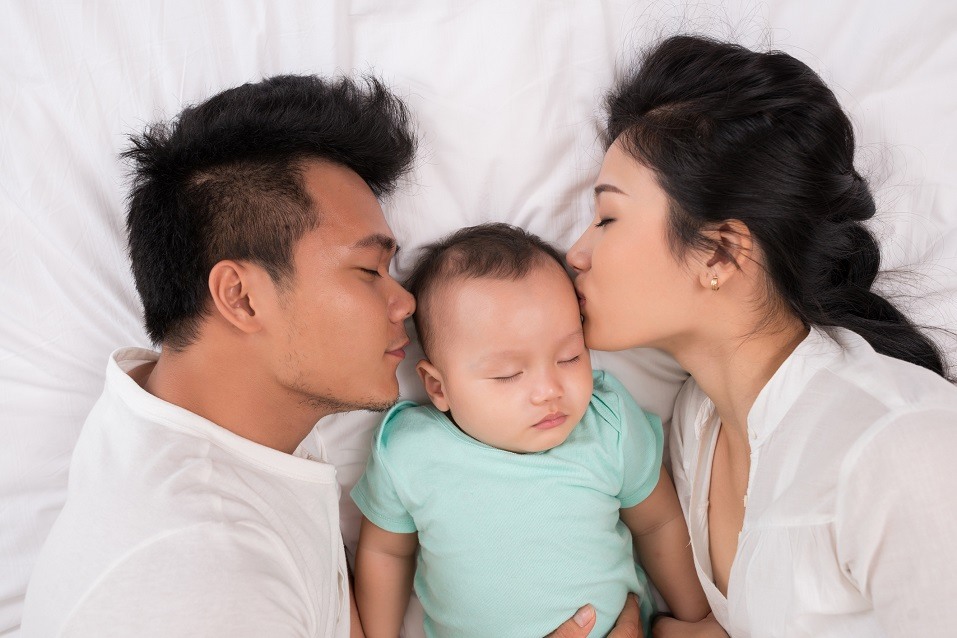 Some people worry that millennials aren’t having kids. | iStock.com/DragonImages

Millennials aren’t having babies, and that has demographers worried. The number of women giving birth in the U.S. has hit a record low, and some are predicting the country is nearing a point when there won’t be enough births to keep the population at “replacement level,” which can cause problems for the economy. The decline in birth rates has been particularly dramatic among women in their 20s (i.e., millennials), which is traditionally the age group with the highest birth rate.

But there’s still hope. Optimists say more women are choosing to delay having kids (perhaps due to economic pressures), and as millennials age and enter a more stable period of their lives, the birth rate could tick back up.

Next: Why are millennials such scapegoats? 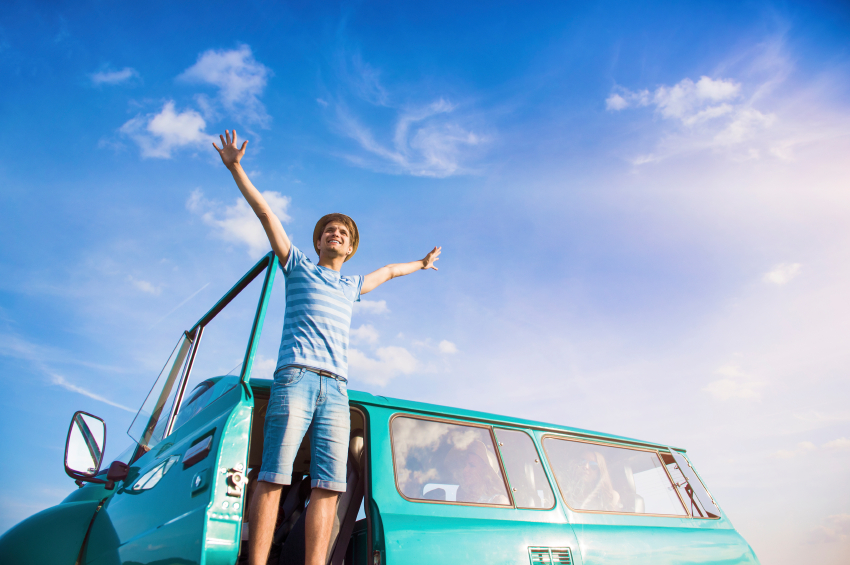 We’ve barely scratched the surface of the long list of things millennials have been blamed for ruining. This merciless generation is also charged with killing golf, the diamond industry, napkins, the Olympics, and beer, among other things.

Some of this hand-wringing is just plan-old intergenerational sniping, which is nothing new. (Just ask any Gen Xer how they felt about being called “slackers.”) Plus, there’s some truth to these accusations. Millennials do certain things differently than earlier generations, whether that involves choices about where to eat or how to manage their career. And there’s nothing wrong with that. The world isn’t the same as when baby boomers or Gen Xers were in their 20s and early 30s, so we can’t expect this generation to behave in the way they did.

But the eagerness to paint millennials with a broad brush might be misguided. For one, they’re the most diverse generation in U.S. history, and they don’t act as a monolith. Plus, trying to saddle millennials with the responsibility for all sorts of economic and cultural upheaval might be masking a darker reality. This generation has “become both a media scapegoat for, and a distraction from, widespread economic suffering,” noted Sarah Kendzior in an essay for Quartz.

Boomers are the ones who wrecked the economy a few years ago, after all. If millennials are nervous about spending money they don’t have at malls, reluctant to take vacations because they’re worried about job security, and putting off starting a family for financial reasons, their parents might share some of the blame.