Things You Should Never Say in a Job Interview 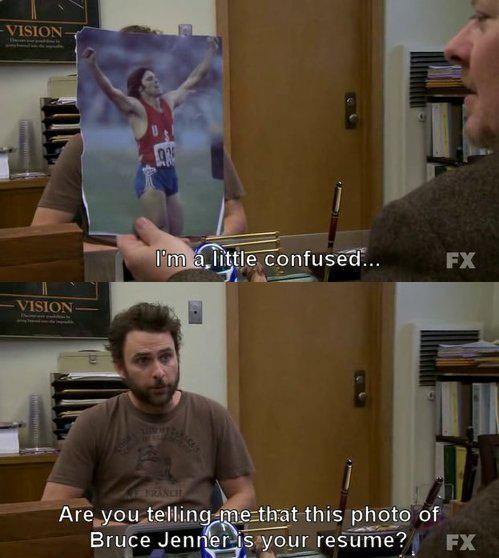 You’ll nail the interview, unlike Charlie from It’s Always Sunny in Philadelphia. | FX

You’re stoked. You landed the interview, and you’re prepping for all the potential questions that might come flying your way. Deciding how you’ll respond to difficult interview questions is important. More than likely, you have managed to identify your answers to questions, such as, “What are your greatest weakness and strength?” But once that is out of the way, start thinking about how you’ll present yourself to your potential new employers.

Before any job interview, it’s important to pull yourself together in more ways than just putting on your fancy clothes. Take some deep breaths, look in a mirror, and give yourself a pep talk. Stand in your superhero pose, and convince yourself that you’ve got this.

There is absolute value in connecting with your interviewer, but don’t get overzealous. It’s amazing what comes out of people’s mouths when they sit down for an interview, usually because of nerves. Here are just a few phrases and questions you should never say in an interview. Remember, you don’t have the job just yet.

1. ‘What exactly do you guys do around here?’

You’re off to a really bad start if you didn’t take 30 minutes out of your day to investigate what the company does. This is rule No. 1, folks. You managed to get your resume into the hands of someone who felt you were worthy of an interview. So dig in a little, and know what’s going on before you walk through the door.

2. ‘Of course I don’t really want to work, but I need the money’ 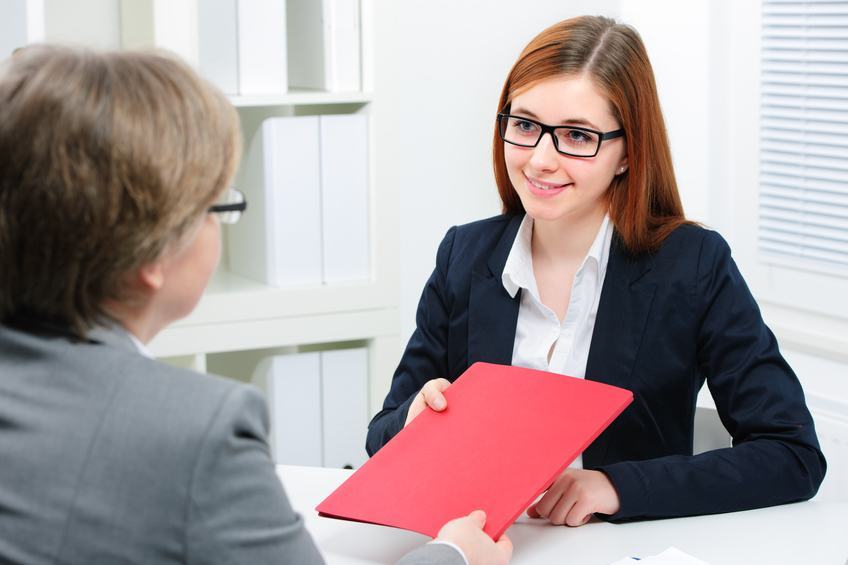 This is probably one of the worst things you could say. | iStock/Getty Images

Sweet goodness. It goes without saying that not many people want to work every day. The majority of the population would love to frolic around the Earth with an endless cash flow. That’s not real life. If this sort of remark is one of your uncanny jokes, you’ll want to rein it in. Saying you don’t really want to work speaks volumes to your work ethic. 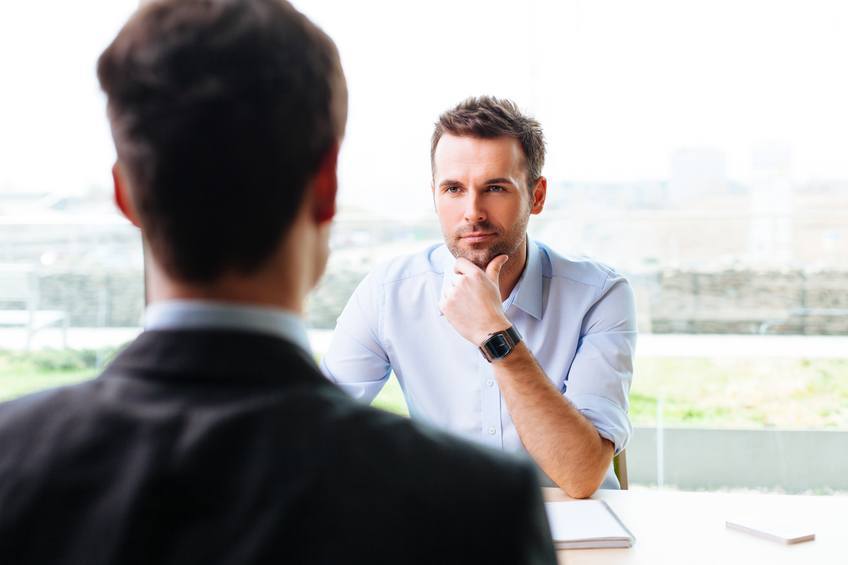 If you had a nickle for every time you used the word “like,” you’d probably not need this job after all. Interviews are nerve-wracking. Because of that, it’s easy to use words that simply fill the air. You’ll need to take some deep breaths in order to mindfully respond to questions. Being thoughtful in your responses will allow you to succinctly answer the questions, avoiding filler words, such as, “like, um, and uhhhh.” 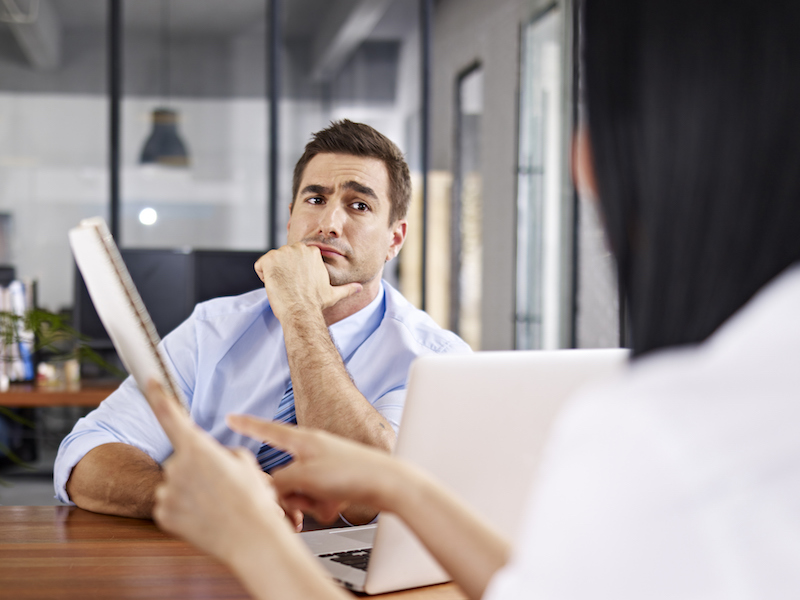 In all honesty, you could probably get up and leave the interview right this second, and it wouldn’t make much of a difference. If this question ever manages to seep out of your lips, you might as well conclude that you 100% did not get the job. Any discussion of money in a first interview is out of the question, especially when it comes to someone else’s salary.

5. ‘Is the receptionist single?’ 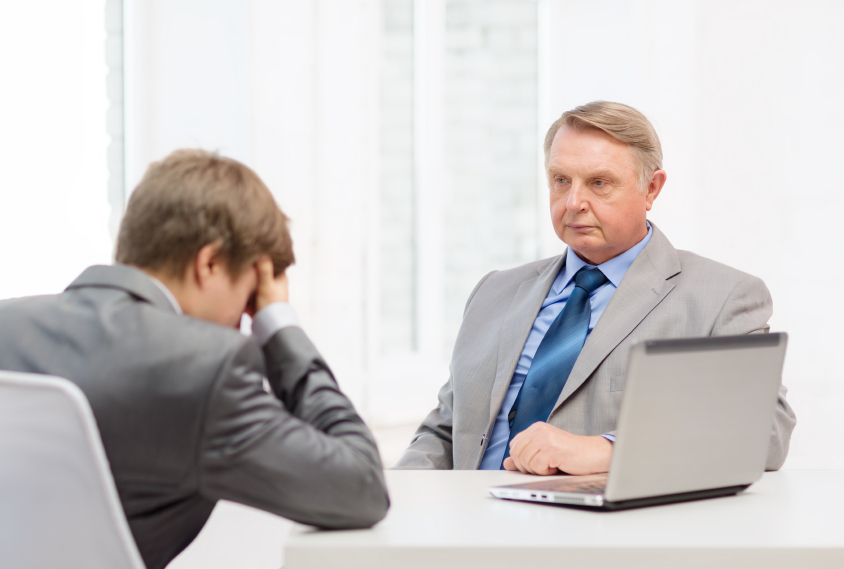 Funny joke. Oh, you’re serious? Even if you aren’t serious, this seemingly comical approach to breaking the ice is bad. In fact, it’s kind of sexist and very off-putting. Avoid any and all sexual innuendos during an interview. And if you’re lucky enough to get the job avoid them there, too. 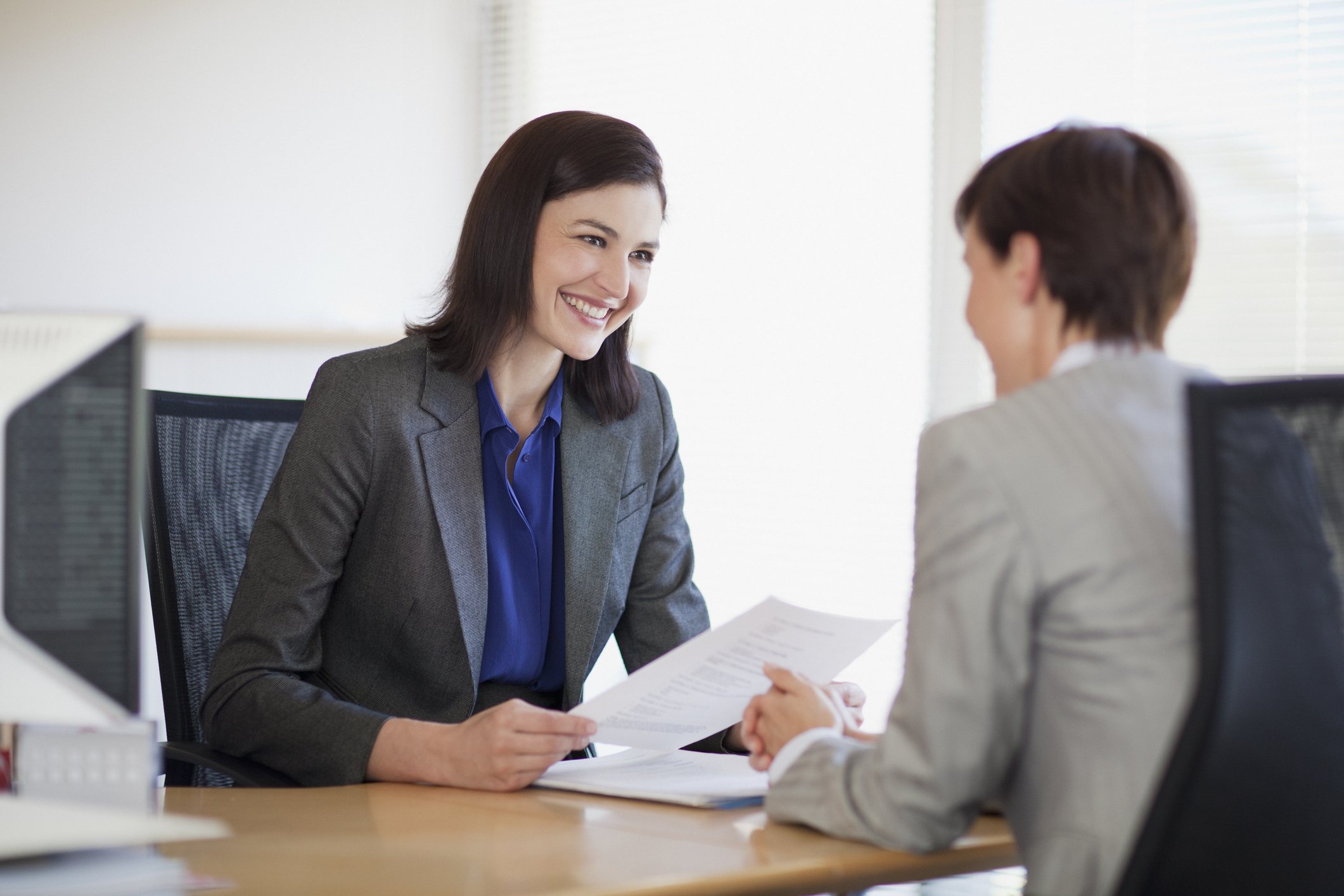 Fake it till you make it. You might not be qualified for the job, but they don’t need to hear you say it. The majority of the work you’re doing in an interview is making yourself seem qualified. Confidence — not to be confused with arrogance — will get you further in your life and career than you might imagine. Job skills can be taught. So don’t throw yourself under the bus. 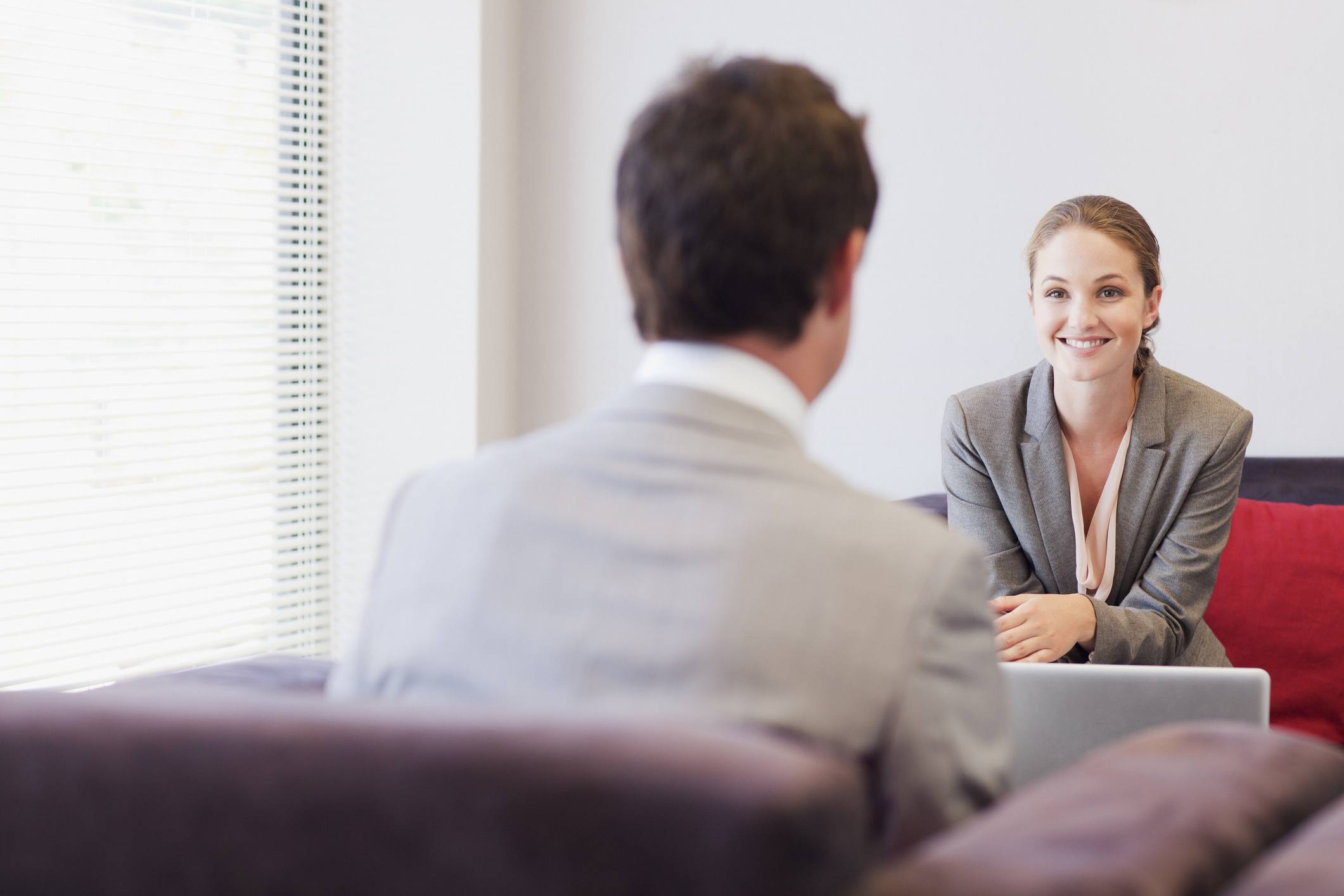 This shouldn’t be a conversation until you get an offer. | Martin Barraud/iStock/Getty Images

Reference No. 4. You are merely sitting down to chat with a potential employer. There has been no job offer. For all you know, you were a top contender for the position until you asked this question. So don’t be so presumptuous. Asking questions in regard to vacation time and pay are considered off limits until you’ve been offered the job. 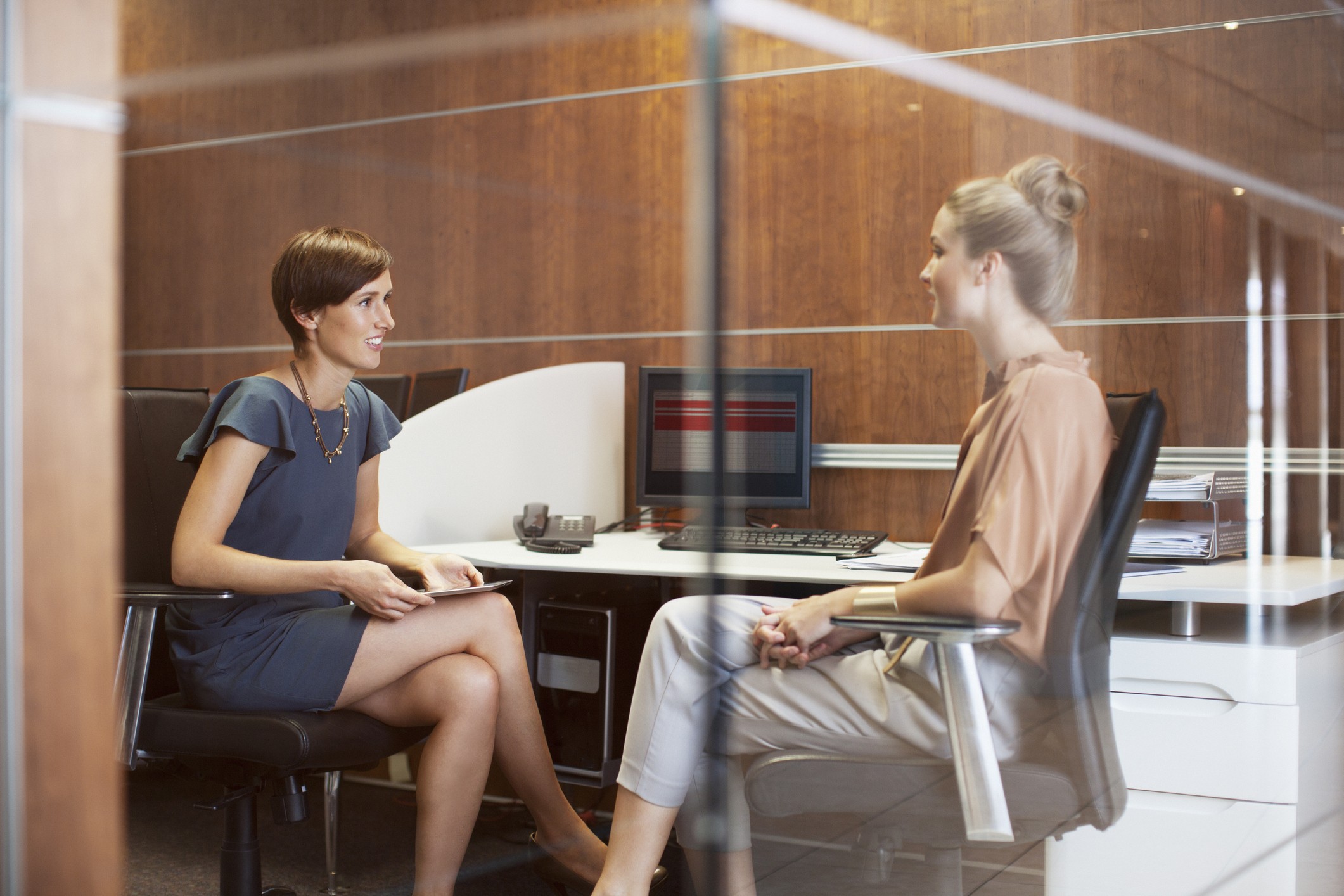 Be diplomatic in your response. | Robert Daly/iStock/Getty Images 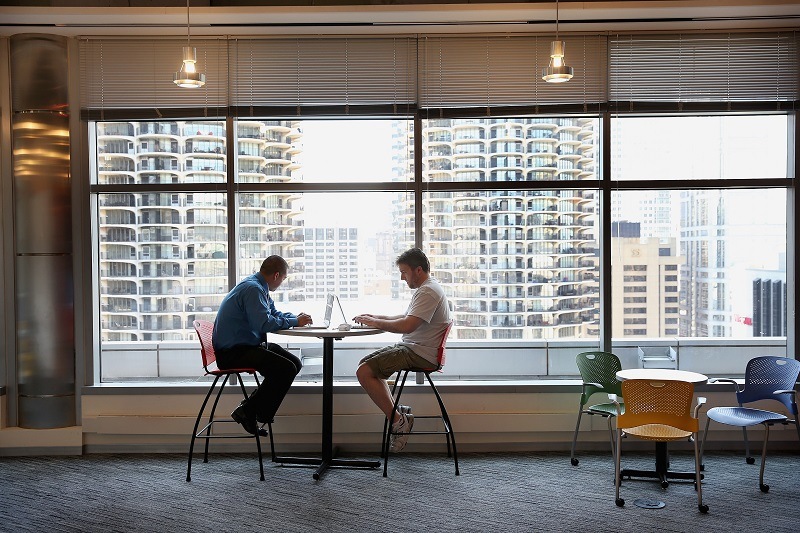 This will definitely set off some red flags. | Scott Olson/Getty Images

Odds are unless you are interviewing at a marijuana dispensary, the company doesn’t want to hear this question. Knowing how to pass a drug test is no one else’s business, much less something of which to be proud. Making mention of recreational drug use will remove you from the running for landing the job — guaranteed. 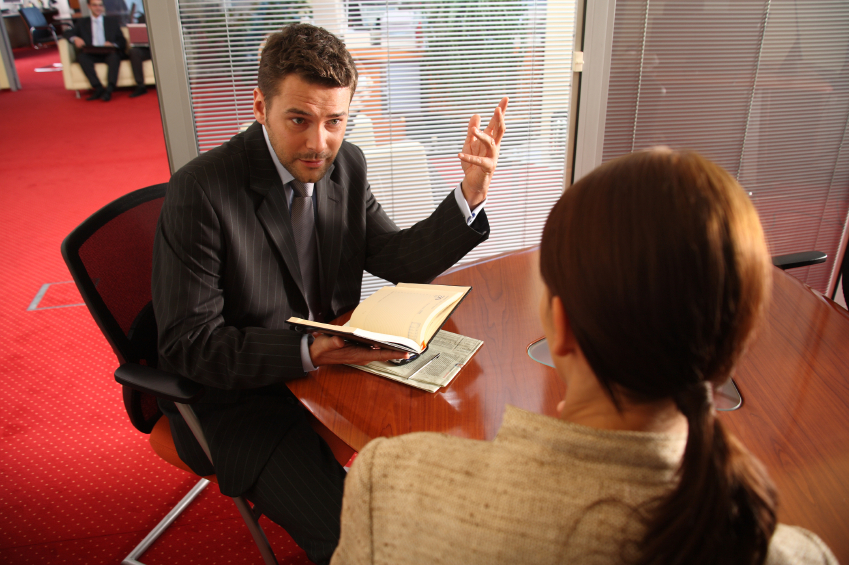 You don’t want to be desperate. | iStock/Getty Images

Always, always, always have questions. This is a non-negotiable. An easily forgotten part of job interviews is you are also interviewing the potential employers. It’s important to decide whether the company is a good fit for you, too. It can be easy to decipher whether the company is a good fit once you start asking questions of your own. Of course you’ll want to avoid all the ones listed above. But here’s a list of questions from which you can choose to ask a potential employer.