This Bank Just Promised To Break The Law, Again 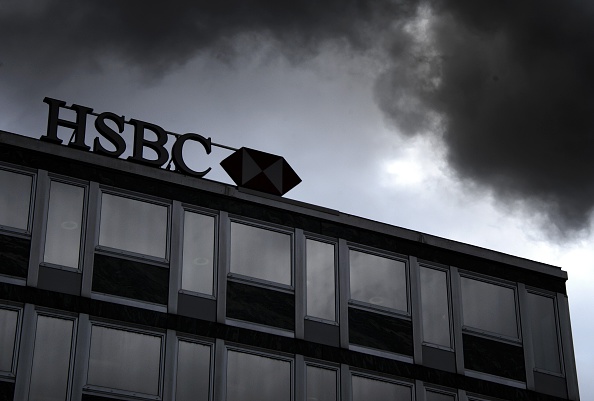 After causing an incredibly damaging worldwide financial crisis, waging a war against increased regulation, and taking part in a handful of other scandals, you’d think that the big banks would tone it down a little.

Well, that’s clearly not the case. In fact, it seems that the banks are still not just unwilling to play by the rules, but are openly — brazenly, even — willing to circumvent anything regulators throw at them. Case in point, The Guardian reports that during a meeting with compliance monitors, British banking giant HSBC’s global head of sanctions, Lee Hale, said that it was “cast-iron certain” that his company would be breaching regulations in the future. The Guardian says that this clashes with the message that has been delivered by HSBC CEO Stuart Gulliver, who has given his assurance that the bank is doing its best to clean up its act.

What we have here is a high-ranking banking official telling British regulators that his company is certain to the law in the future. While HSBC has publicly said that it does not recognize the comments in an official capacity, it still begs the question as to why Hale would say something like that.

Apparently, the bank’s size and variable inability to deal with certain compliance standards means that through standard business acts, problems are inevitable. If breaches are inevitable, then does the problem lie within the bank itself, or with the rules and regulations by which it is trying to abide? This might be the true heart of the problem, but it doesn’t excuse HSBC, or any other financial institution, from engaging in illegal or unethical activity.

If you have been paying attention to HSBC’s actions over the past several years, the answer may seem obvious.

HSBC, all on its own, has been at the center of a number of public relations disasters and scandals since the financial crisis of 2008. The company has been caught up in a tax evasion scandal as recently as this year, in addition to the high-profile Libor scandal and, perhaps most egregiously, HSBC was found to have been laundering money for Latin American drug cartels.

Clearly, there’s plenty of incentive for regulators to keep a close eye on the company and make sure it cleans up its act. The issue is that the company has plainly been unable, or unwilling, to do so. As a result of these transgressions, HSBC’s own chairman has been willing to admit that the bank has done itself considerable harm in the eyes of the public and hurt the institution’s name and standing.

Evidently, that hasn’t been enough to incentivize more ethical and law-abiding behavior.

This is the main reason we haven’t seen HSBC, or similar institutions, change their ways. There simply isn’t much incentive to. For the vast majority of the banking scandals that have occurred over the recent past, the punishments from regulators have not exactly been heavy handed. More often than not, banks receive only a slap on the wrist in the form of fines for engaging in law-breaking behavior, and rarely, if ever, does anyone go to jail.

The main issue is with the fines being levied against banks that do break the law. The amounts being forked over to regulators are paltry in comparison to the profits banks have been raking in by engaging in reckless behavior. Or, the crime simply outweighs the punishment. And by a big margin.

For example, for all of the shenanigans that took place during the financial crisis, JPMorgan Chase was hit with $13 billion in fines. It made profits, however, of more than $16 billion over the course of several years preceding the financial meltdown. Likewise, HSBC was fined $1.9 billion for money laundering and violating sanctions — a bit more than half of its profits for the third quarter of 2012. If a bank can engage in risky behavior, and still make billions (if not more) in profit in the end, why on earth wouldn’t it?

This is the crux of the problem. If regulators want banks like HSBC to start taking the rules seriously, then there needs to be much more serious and expensive consequences for breaking them. Right now, banks can simply write off fines and punishments as a simple cost of doing business. But if real criminal prosecution of large-scale financial crimes was instituted, perhaps we’d see a change. That would mean jail time, not just fines.

If HSBC’s executives are so unabashed that they’re willing to openly admit to regulators that their institutions will be breaking the law in the future, then that’s a real problem.