When real-life superhero Mamoudou Gassama rescued a child from a balcony in France, the whole world cheered him. And the president of France, Emmanuel Macron, did something special — and surprising. Read about the astonishing thing he did (page 5) and get the details on exactly what happened that day in May 2018. 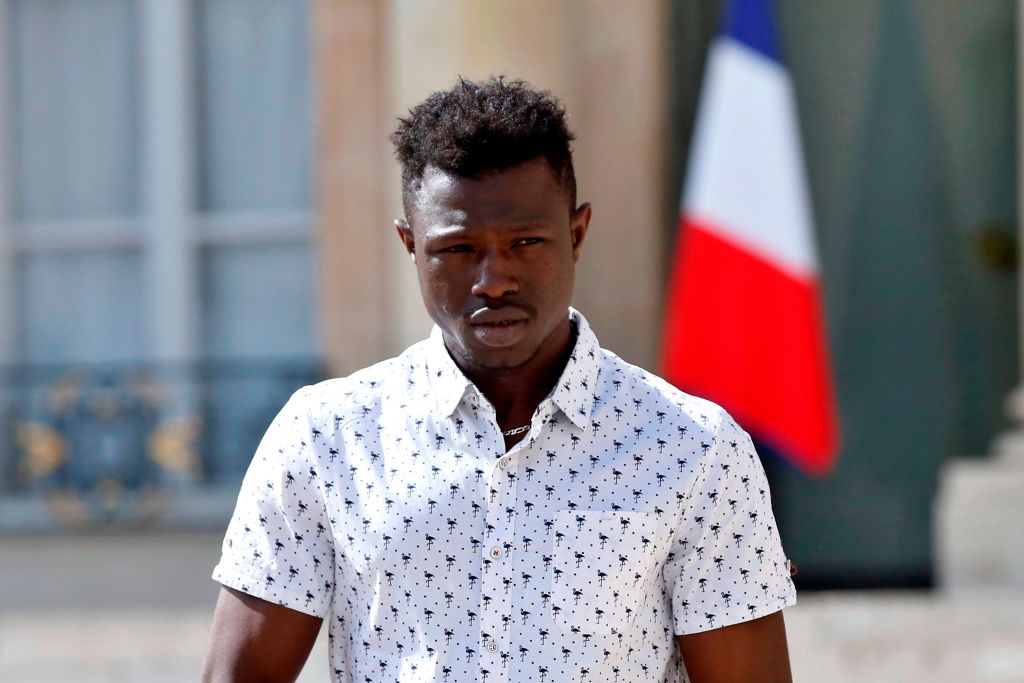 You might have seen the video of 22-year-old Malian migrant Mamoudou Gassama climbing up four floors on the outside of an apartment building to save a child who was dangling off the balcony. Like a real-life Spiderman, Gassama scaled the building in just seconds to rescue the boy.

A neighbor reported the boy had first fallen from one of the floors above, before grabbing onto the fourth-floor balcony “by miracle”. The father and son lived on the building’s sixth floor.

2. Why was the child doing there? 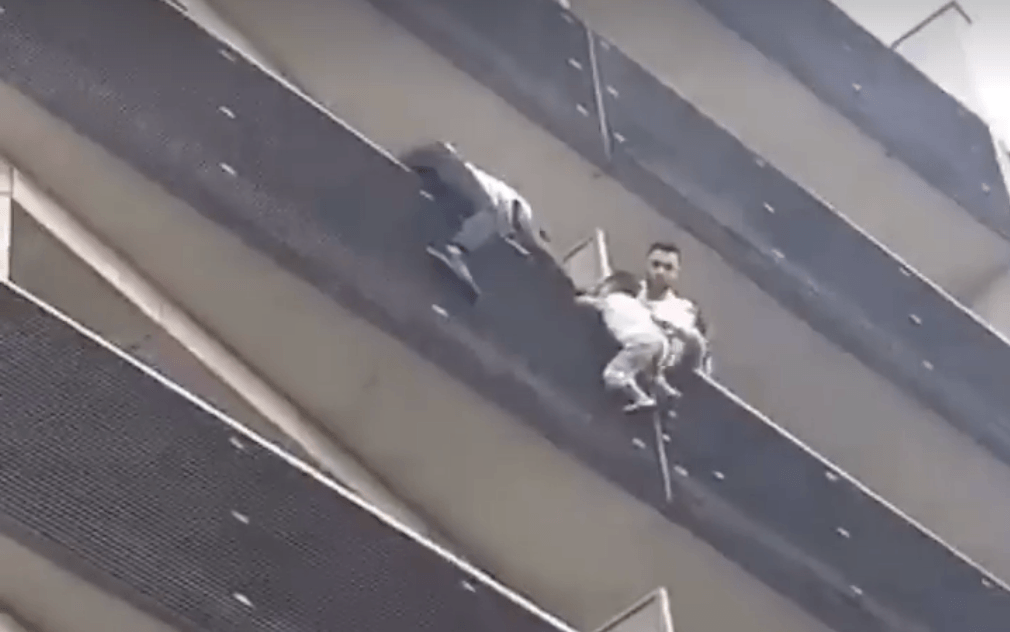 According to CNN, the four-year-old child’s father had been out playing Pokemon Go when the incident took place. His father had gone out and left him alone, according to French prosecutor Francois Molins. The father was allegedly taking care of the boy while his mother was living on Reunion Island, located in the Indian Ocean.

Next: The father is still ‘taking care’ of him. 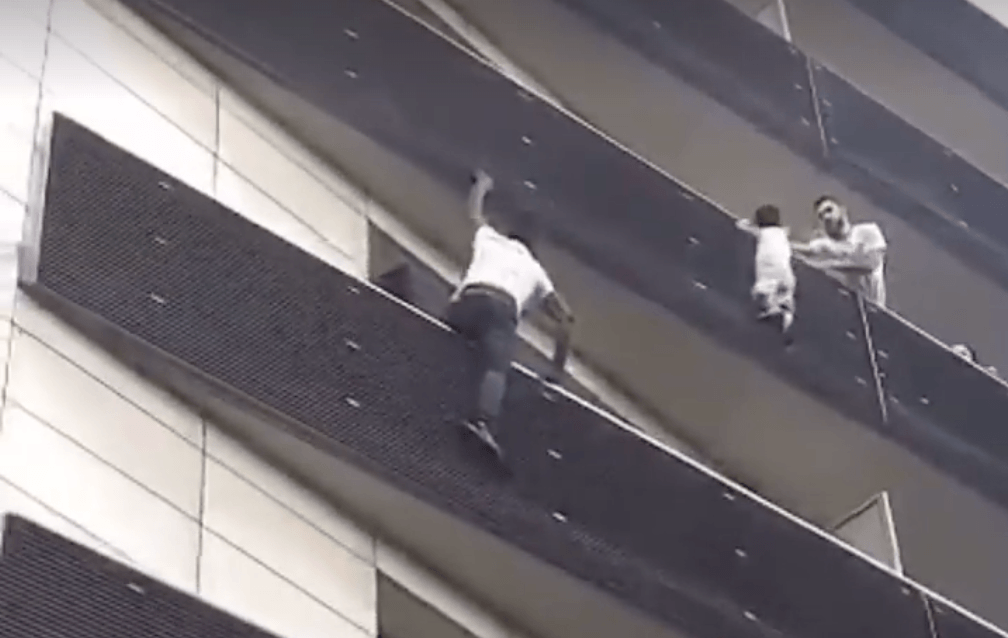 In September 2018, the boy’s father could be sentenced to up to two years in prison for neglecting his parental duties, according to CNN. He is devastated by what happened — and he will have to pay a price. Authorities placed his son in temporary care while he was in custody, but since his release they have been reunited.

Next: The neighbor takes heat.

4. People were angry with the neighbor 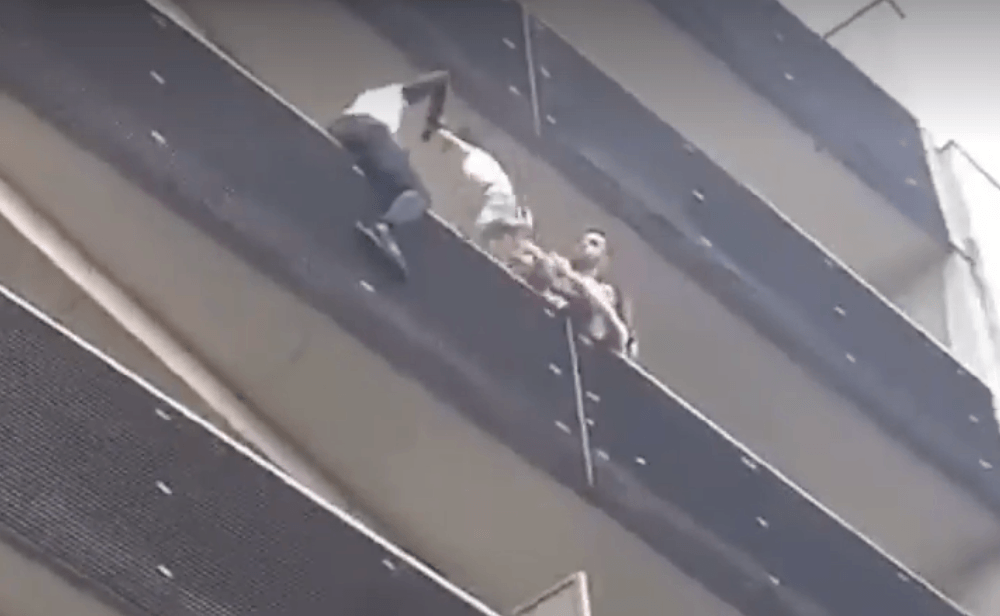 People criticized the man who lives next door to child, accusing him of not doing enough to help, according to CNN. The neighbor responded, saying he was afraid the child would fall if he tried to lift him over to his own balcony.

“I wanted to act carefully above all and I certainly did not want to risk the child’s life,” said the neighbor. “I was talking to him at the same time, I was telling him, ‘Come up slowly,'” he said, adding: “He had extraordinary courage.”

Next: This will shock you.

5. Here’s what French President Macron did 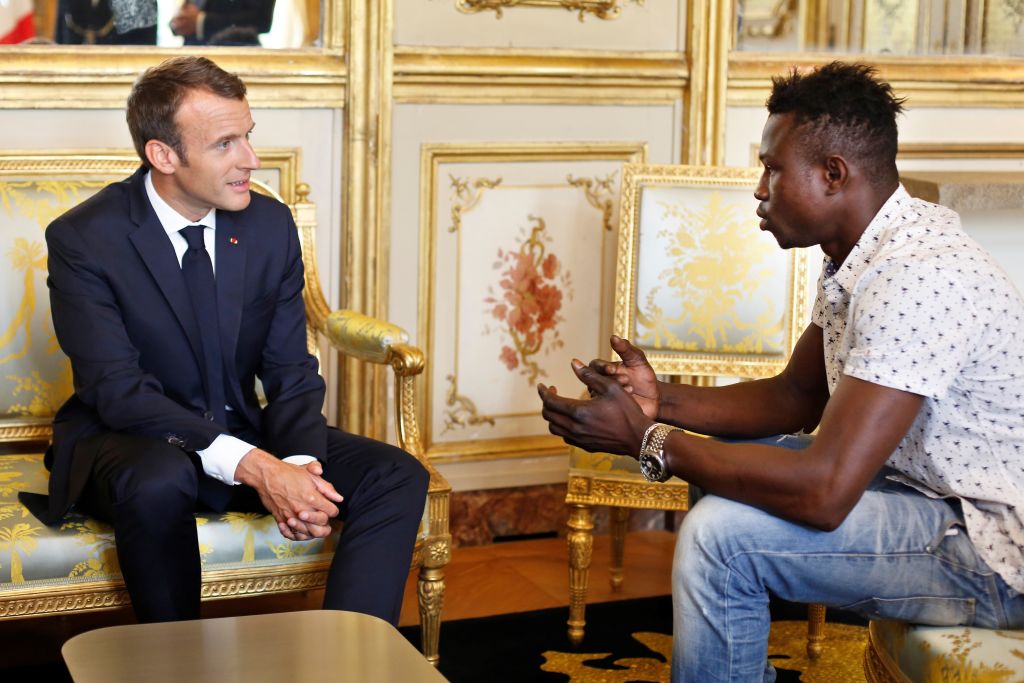 After the incident, President Macron invited Gassama to the Élysée Palace for a personal interview. He awarded Gassama with a certificate and a gold medal for his act of courage and determination. And then Macron did something else that was pretty incredible: He granted Gassama French citizenship.

Next: Citizenship isn’t the only thing Gassama got. 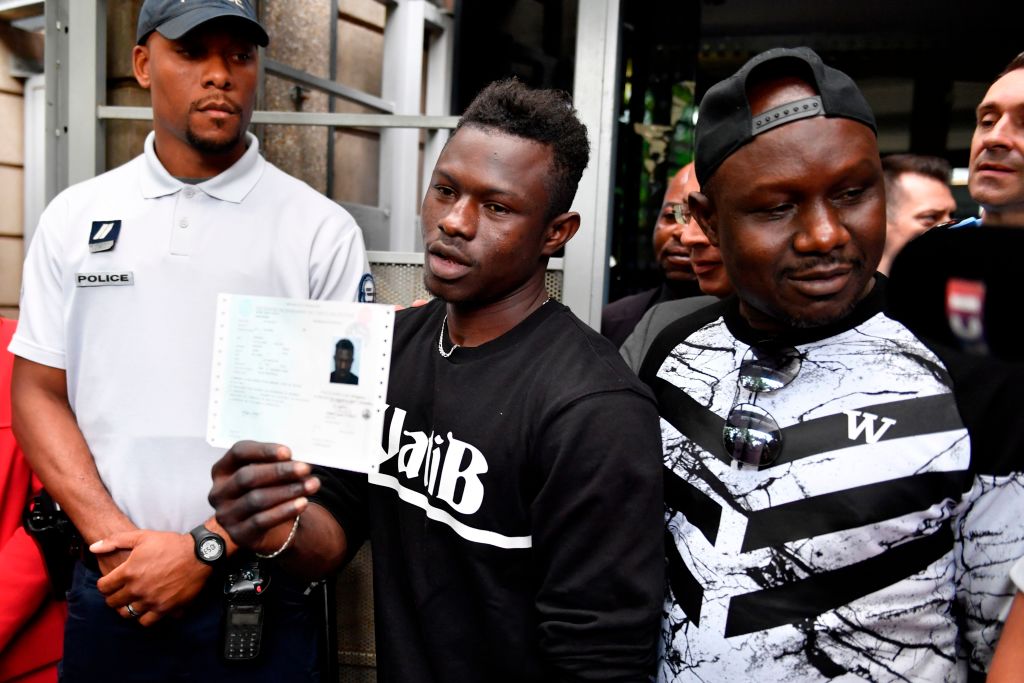 According to CNN, the Paris fire brigade offered Gassama a job. When he visited the fire brigade, Gassama said he felt “really, really good.” Gassama went to the neighborhood where the child was to watch a football match. Little did he know he’d be saving a life, getting citizenship, and finding a job.

And he’s humble. “I like children, I would have hated to see him getting hurt in front of me. I ran and I looked for solutions to save him and thank God I scaled the front of the building to the balcony,” said Gassama.

Next: Gassama’s got God on his side. 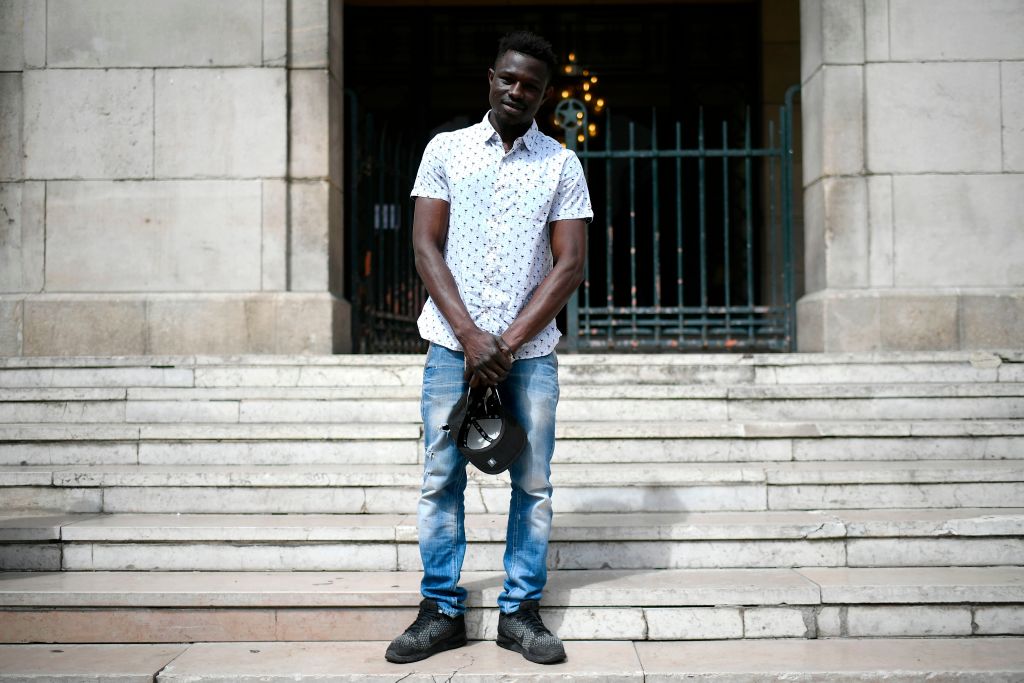 Gassama used the railings on each balcony to scale up to the next floor — and he was at the fourth floor in fewer than 30 seconds, according to CNN.

“I didn’t think about it, I climbed up and God helped me,” he said. Before any emergency services could arrive, Gassama had grabbed the dangling child and brought him to safety. When he reached the boy, the crowd broke out in cheers.

Next: Another special thank you

8. Paris mayor thanks Gassama, too 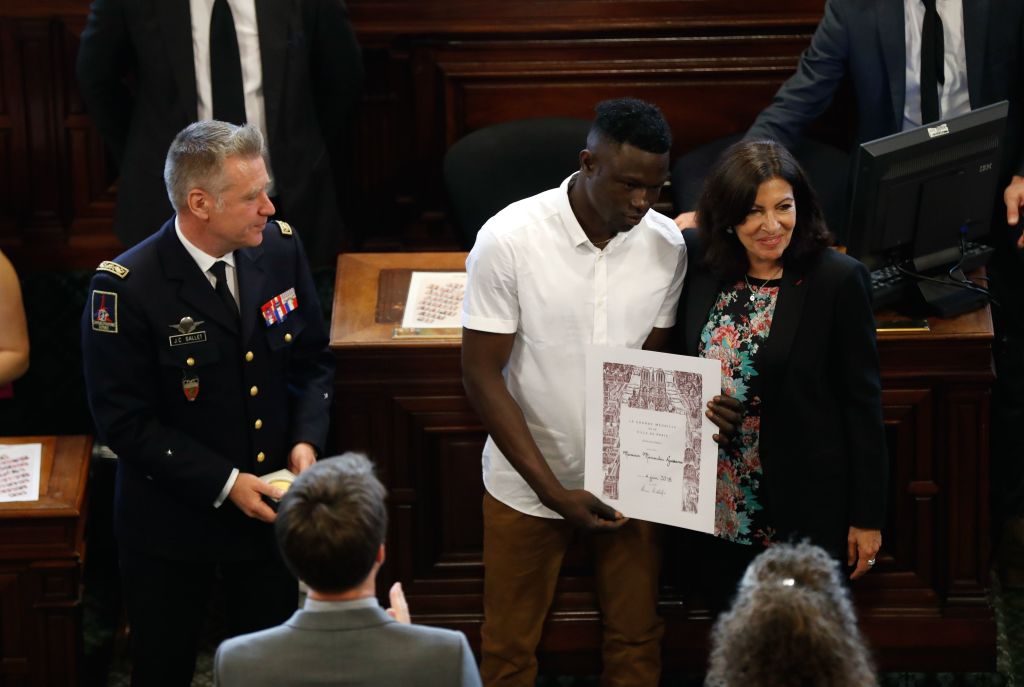 When Paris Mayor Anne Hidalgo heard what happened, she took to her official Twitter feed. She wrote that she had called Gassama personally to thank him for what he did, according to CNN.

“He explained to me that he arrived from Mali a few months ago with the dream of making a life for himself here. I replied that his heroic act is an example for all citizens and that the city of Paris will obviously be keen to support him in his efforts to settle in France,” Hidalgo tweeted.

Read more: The Most Hated Superhero Movies of All Time