This Man Bought The Carolina Panthers for $2.2 Billion, But They’re Not the Most Expensive Sports Team Ever

Are the Carolina Panthers the most expensive sports franchise purchase ever? Almost. The North Carolina-based team just sold for a whopping $2.2 billion, proving to everyone what we already know: There’s serious money in sports. Money manager UBS and consultancy group PwC says more than 140 of the top sports clubs globally are owned by just 109 billionaires all willing to invest heavily for just a piece of the pie.

While this big-ticket Panthers purchase ranks among the priciest, they are not the most expensive sports team ever. Ahead are the 15 costliest sports franchise purchases ever. You’ll notice that they only get more expensive as the years go on, so it’s likely we haven’t seen the last of these record-breaking deals. 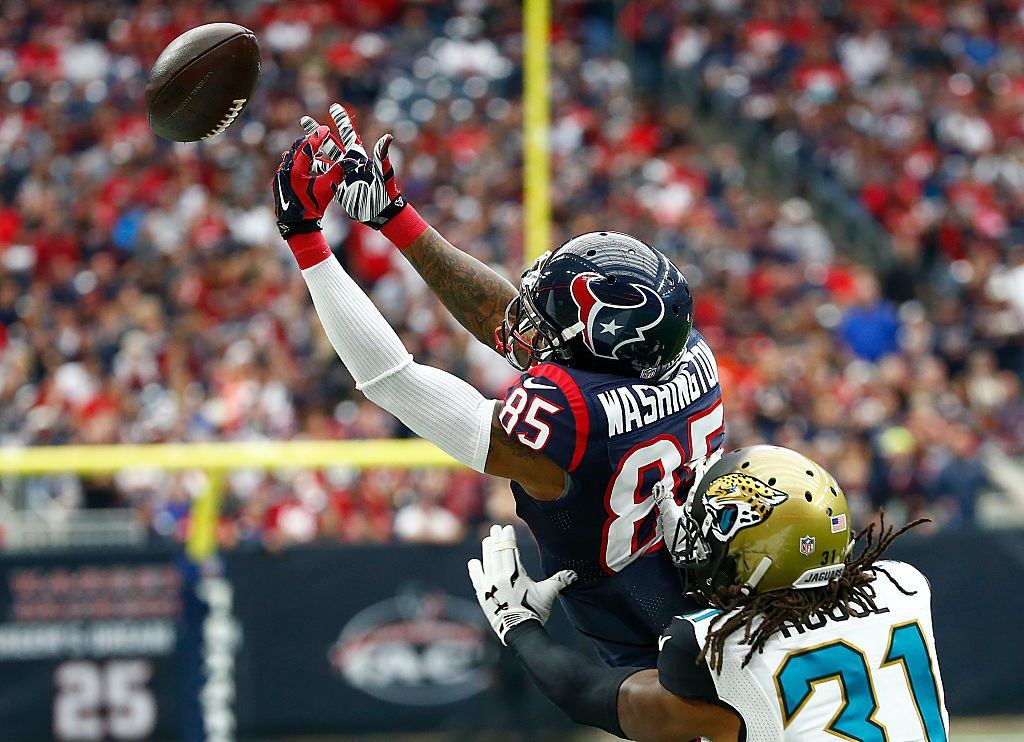 The Houston Texans set the bar pretty high when Rob McNair’s bid to purchase the NFL team was approved and inked into history. The deal went down in 1999, but the expansion franchise didn’t begin play until 2002, when their $310 million stadium was built next to the Astrodome. McNair’s high bid shocked the lead and scared his two competitors from counterbidding for control.

Next: A controversial buy, according to fans. 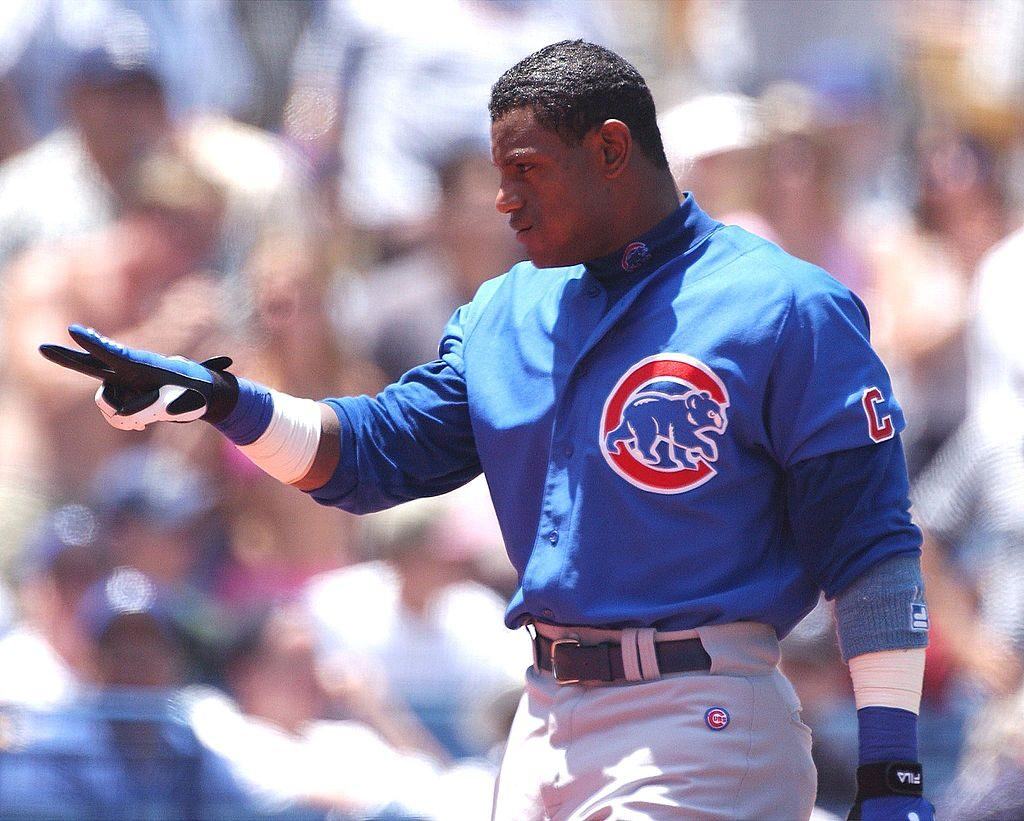 First, the Ricketts family purchased the Cubs, then they started buying up the surrounding neighborhood. | Vince Bucci/AFP/Getty Images

Since acquiring the Cubs from Tribune Co., the Ricketts family has turned the club upside down. They’ve acquired countless buildings surrounding the stadium the Chicago Tribune dubs as “Rickettsville” and began a massive wall-to-wall renovation of Wrigley Field. Winning a World Series title in 2016 sure pleased fans, but others feel the family is ruining everything good about Cubs baseball, leaving no financial opportunity unturned.

Next: Movers and shakers

Owner Stan Kroenke angered some fans when he decided to move the team back to L.A. | Stephen Dunn/Getty Images

In order to secure majority control over the St. Louis Rams, billionaire Stan Kroenke had to forfeit ownership of the NBA’s Denver Nuggets and NHL’s Colorado Avalanche to his son. Then he forked over $750 million. Kroenke was a major force in bringing the Rams back to St. Louis from Los Angeles in the 1990s, but he managed to anger a fresh batch of fans when he announced moving his team back to L.A. in 2016.

Next: A man with deep pockets

Jaguars owner Shahid Kahn is one of the richest men in the world. | Wesley Hitt/Getty Images

The Jacksonville Jaguars were sold in 2012 to one of the wealthiest men on the planet, proving that the NFL can make money anywhere, regardless of the team’s quality. Before buying the Jags, owner Shahid Kahn had a previous bid in to purchase a majority ownership of the St. Louis Rams. Most recently, he has set his sights on England as he spearheads the NFL’s potentially lucrative British invasion.

Next: A potentially disappointing buy

Dan Synder’s reign as the Washington Redskins owner can best be described as chaotic. At the time, his sports franchise purchase of $800 million that officially ousted the Cooke family was unheard of. Snyder was just 34 years old. Since then, the Redskins have endured a losing record and countless roster shake-ups that even their most loyal fans fail to understand. Many blame Synder’s poor leadership for the struggles. 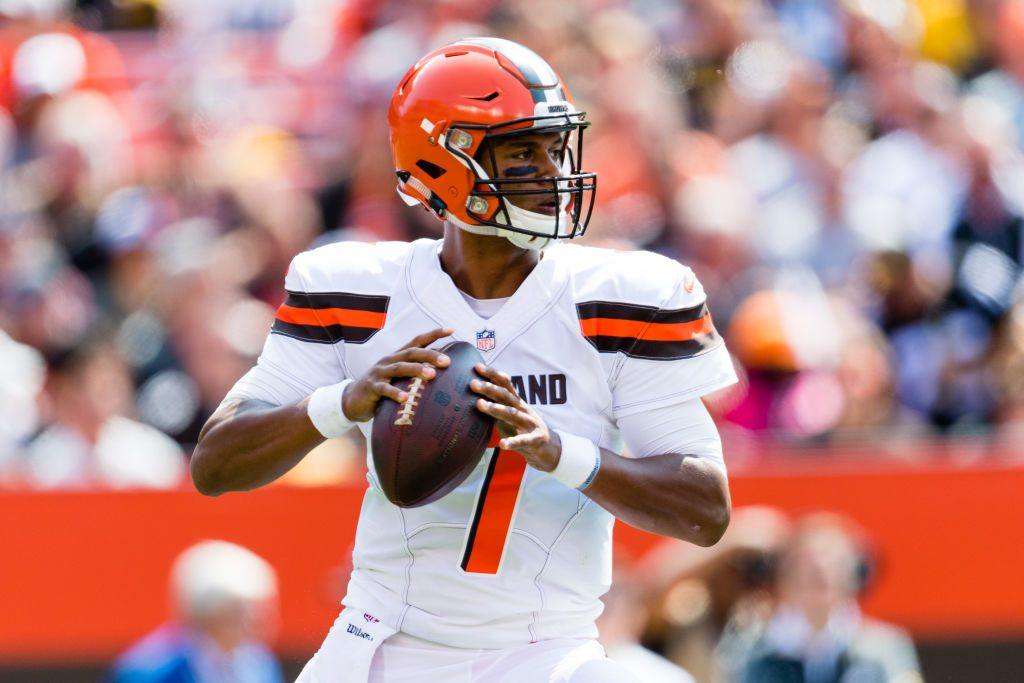 2012 was another record-setting year — at the time — for sports franchise purchases. Jimmy Haslam bought the Cleveland Browns from the Lerner family, who fans often viewed as a disengaged owner who was to blame for the team’s lack of playoff berths. Not much has changed since the Flying Pilot J President and CEO, took over. The Brown’s still disappoint, but maybe that’s to be expected. Haslam once professed he was a Steelers fan who are, of course, the Browns’ main rivals.

Next: A star-studded group of owners 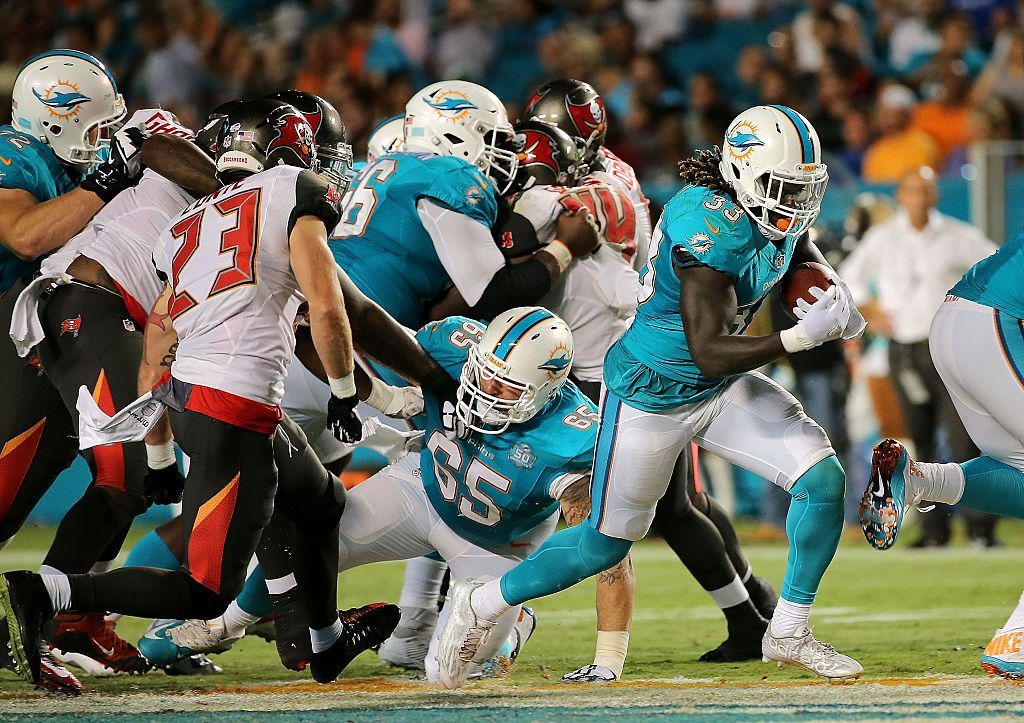 It took two years and more than $1 billion for Stephen Ross to effectively become the sole owner of the Miami Dolphins. | Mike Ehrmann/Getty Images

Stephen Ross is, for all intents and purposes, the sole owner of the Miami Dolphins. But it took two years and $1.1 billion to do so. He purchased the stadium and its surrounding land in 2008 for $550 million and the remaining 45% of the ownership in 2009. Since then, the Florida sports franchise has gained Gloria Estefan, Marc Anthony, and Venus and Serena Williams as minority owners.

Next: A pricey team still struggling

Yankees legend Derek Jeter and New York businessman Bruce Sherman purchased the Miami Marlins for a whopping $1.2 billion in 2017. Hall of Fame basketball star Michael Jordan is also among the celebrity investors pitching in to save the Marlins from yet another disappointing season. It’s been 14 seasons since the club has reached the playoffs, but maybe the recent shift in ownership will help change things.

Next: A record-breaking MLB takeover 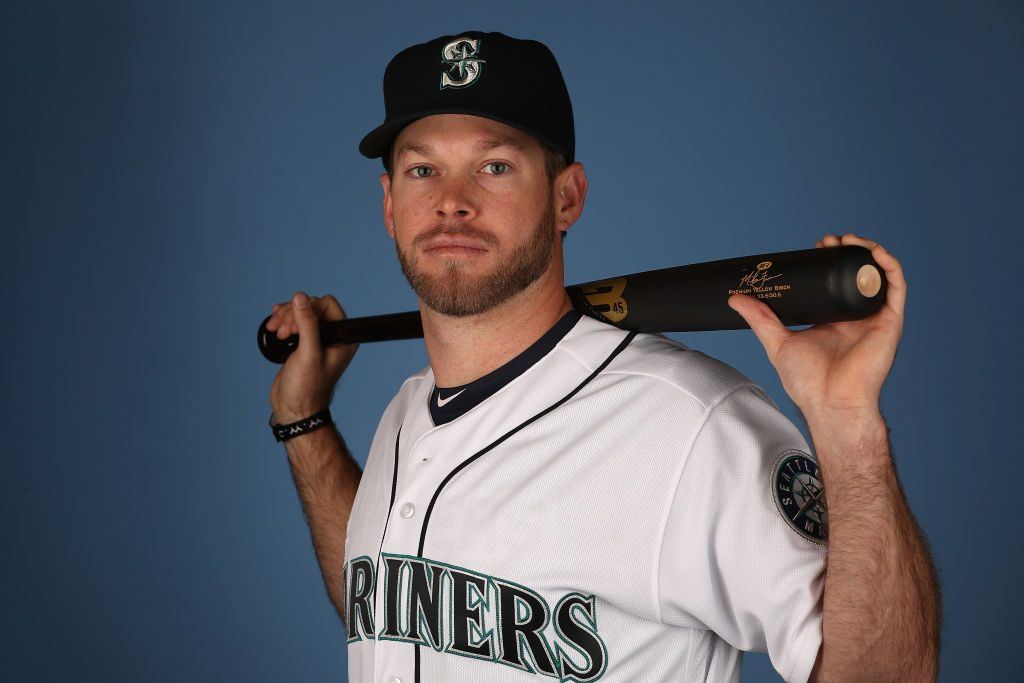 John Stanton, the founder of Western Wireless Corporation, purchased majority control of the Seattle Mariners from Nintendo of America in 2016. The price tag was a salty $1.4 billion, and the investment has yet to pay off. The Seattle Mariners own the longest postseason drought in pro-American sports as of the start of the 2018 season.

Next: The numbers just keep climbing 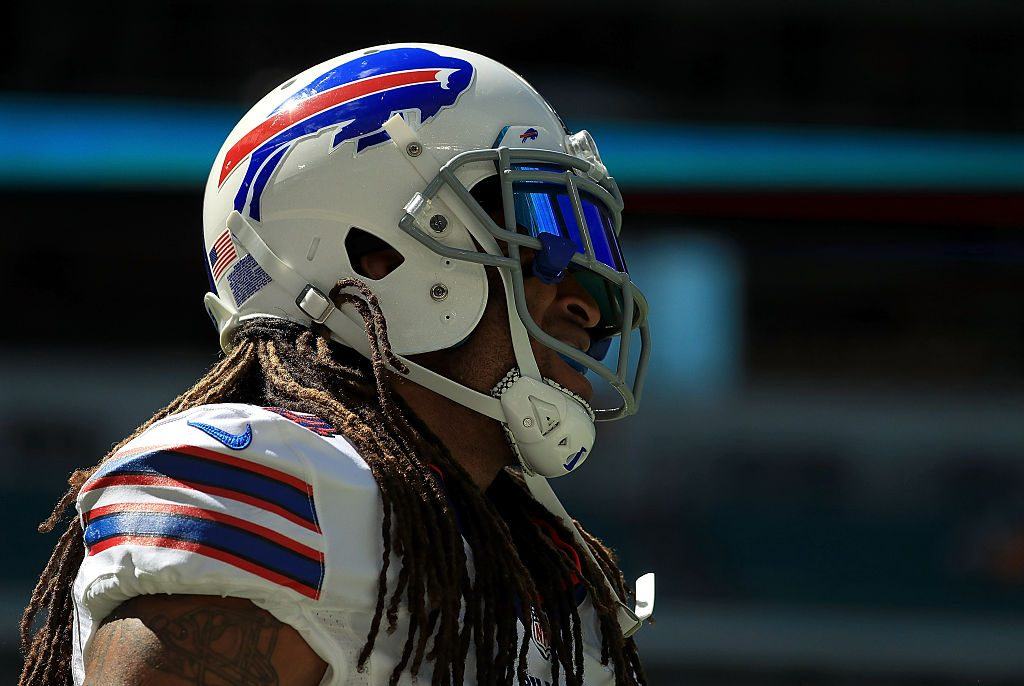 When Terry and Kim Pegula bought the Buffalo Bills, they had to agree to keep the team in Buffalo. | Mike Ehrmann/Getty Images

When original owner Ralph Wilson died, it was stated in his will that the Bills would remain in Buffalo. Real estate moguls Terry and Kim Pegula accepted this clause, who offered to buy the NFL franchise for $1.4 billion. The wealthy duo already owns the NHL’s Buffalo Sabres. This was the most expensive sports franchise purchase since the $1.1 billion deal in 2008 for the Miami Marlins.

Next: Baseball’s most expensive sports franchise purchase to date 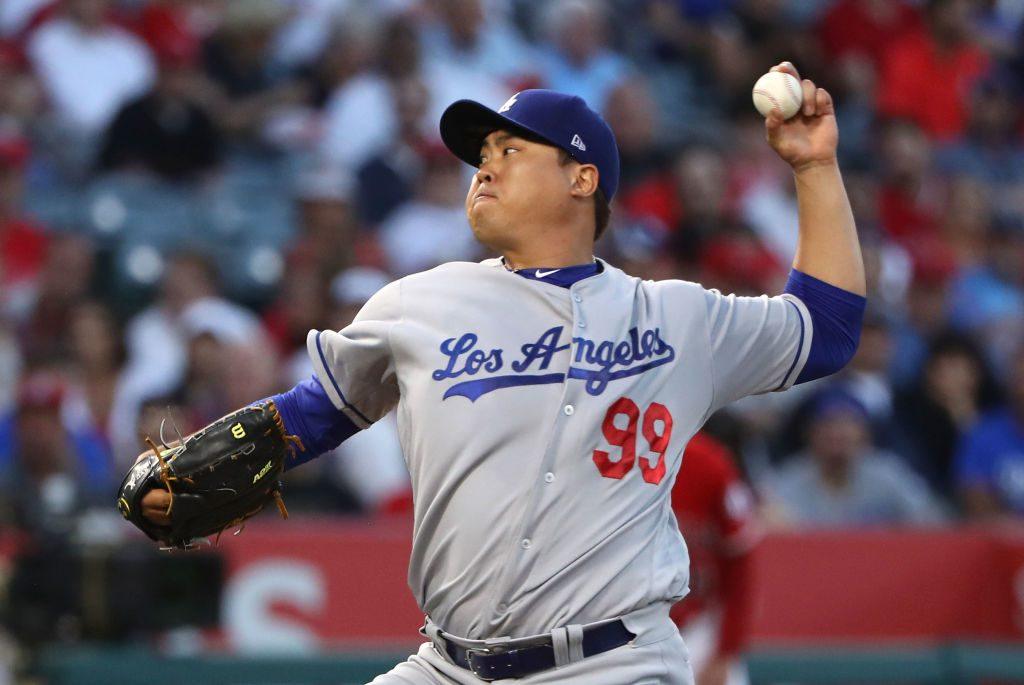 When the Dodgers sold for $2 billion in 2012, it was the most money ever paid for an MLB team. | Victor Decolongon/Getty Images

NBA legend and current Lakers president Magic Johnson, Guggenheim partners, and Stan Kasten made history in 2012, when they paid the most money for an MLB team ever. This ended Frank McCourt’s rocky ownership, who took the team into bankruptcy in 2011 and allowed the MLB to take control so they could meet the players’ payroll.

Next: A bold offer 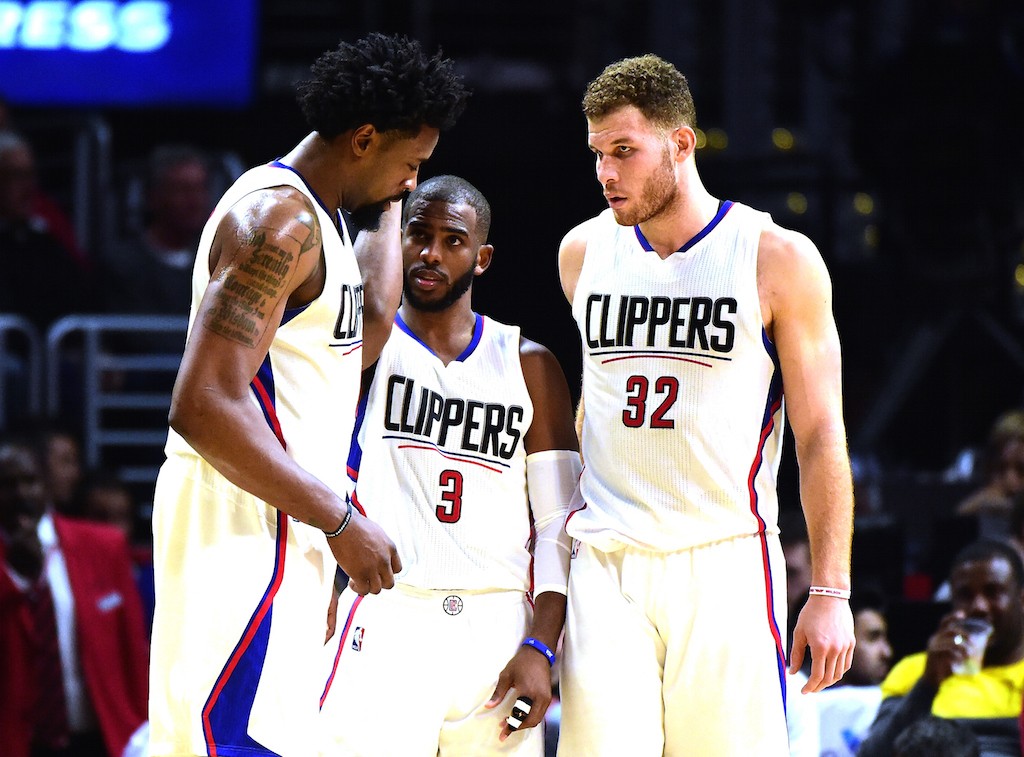 Just two years after the Dodgers purchase, ex-Microsoft CEO Steve Ballmer made a bold bid to buy the Los Angeles Clippers after Donald Sterling was found “mentally incapacitated” and removed as a co-trustee. Ballmer saw such a rare opportunity that he chose to outbid everyone with cold, hard cash.

The Clippers purchase became the single most expensive sports team sold since 2000. But it’s unlikely Ballmer even noticed a dip in his portfolio. The man is worth a staggering $38 billion.

Next: This is no longer the most expensive sports franchise purchase ever 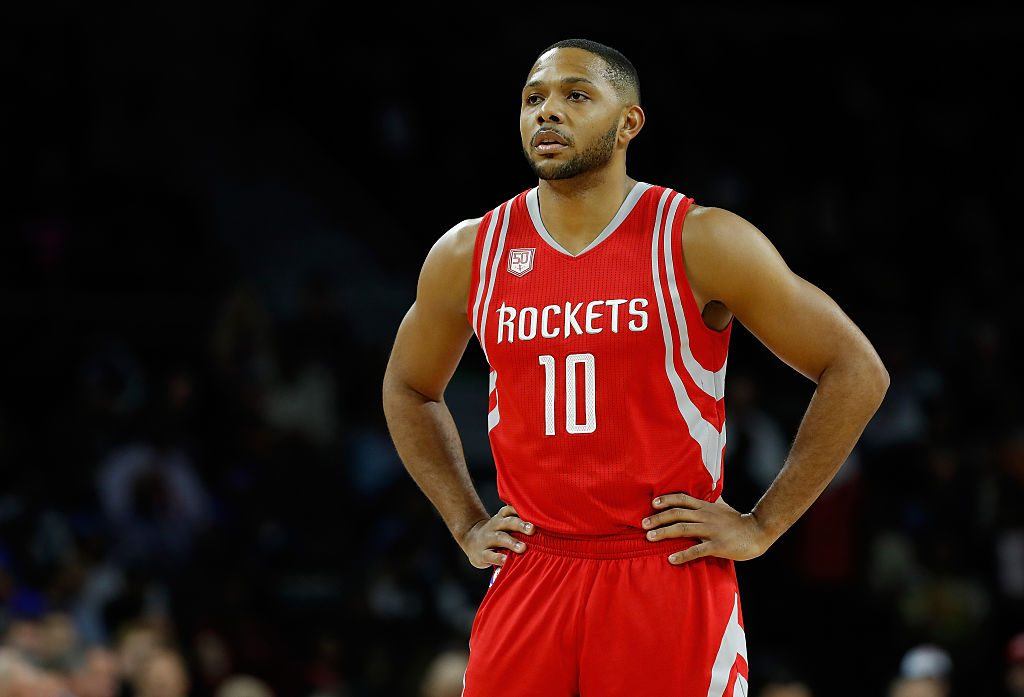 Tilman Fertitta, a restaurant and casino businessman who starred on CNBC’s Billion Dollar Buyer, spent $2.2 billion to acquire the Houston Rockets in 2017. At the time, this was a sports franchise record, but now it’s only the third most expense purchase ever. Fertitta offered to buy the Rockets for $81 million back in 1993, but the team was sold to Les Alexander for $85 million.

Next: The cost of Carolina 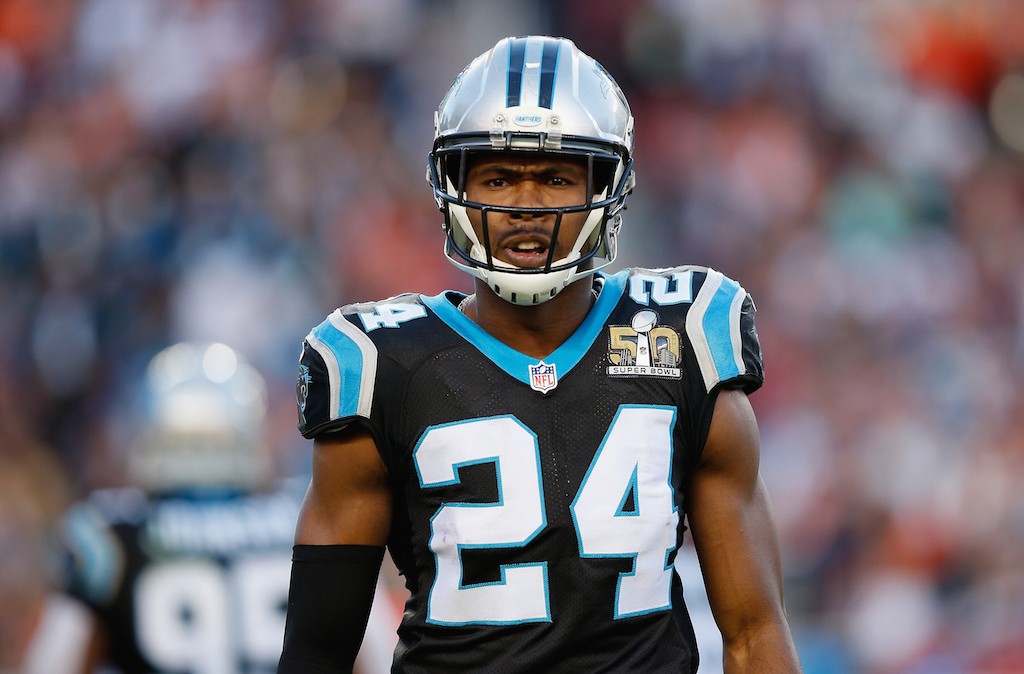 The Panthers deal is one of the biggest sports team purchases of all time. | Ezra Shaw/Getty Images

The most recent sports franchise purchase belongs to the Carolina Panthers based in Charlotte, North Carolina. Hedge fund manager David Teppler’s $2.2 billion purchase lands his deal among the elite as it becomes an NFL selling record and one of the top three most costly sports team purchases ever. Many believe this hefty deal will only fuel an upward trajectory for the value of professional teams in major sports.

$2.2 billion is mindboggling, but it’s not the most expensive purchase ever. That purchase was already inked last year.

Next: The most expensive sports team ever is… 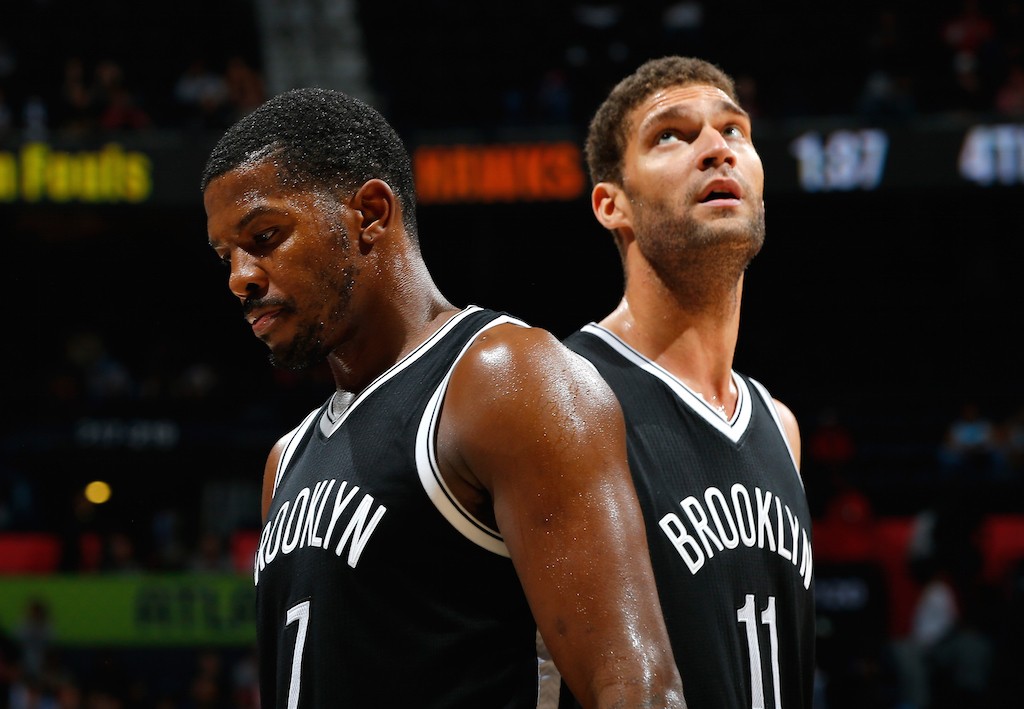 Joe Tsai bought a minority stake in the Nets from a Russian billionaire in 2017. | Kevin C. Cox/Getty Images

The most expensive sports franchise purchase ever belongs to the Brooklyn Nets. Joe Tsai, the co-founder of the Chinese e-commerce company Alibaba Group Holding, bought a 49% minority stake from Russian billionaire Mikhail Prokhorov with the option to acquire controlling interest in 2021.

Some say the transaction was spurred by the Nets shrinking profits, since Prokhorov’s attempt to buy a championship with a record-breaking payroll failed in 2015.