This Man is Fighting Back Against Bad Background Checks 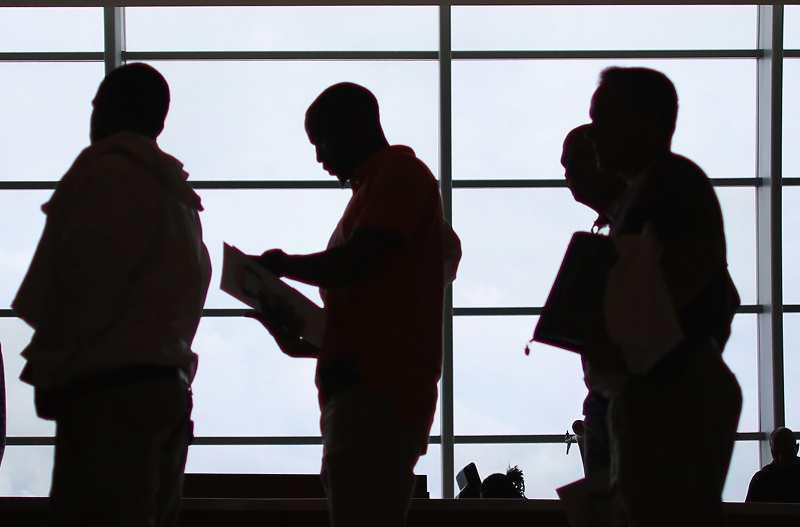 Submitting to a background check is pretty standard if you’re applying for a job, or even to rent an apartment. It makes sense, too. If you’re going to be bringing someone on to your staff, or renting out your property to them, you’ll want to make sure an individual isn’t harboring a dark, violent, or problematic past. But criminal convictions, or even arrests, come in many flavors – the vast majority of them for non-violent, or relatively minor run-ins with the law.

But merely checking ‘the box’ on an application is enough to have most employers or landlords toss it aside, without even looking at the underlying issue. Or, even worse, records that were supposed to have been scrubbed or expunged are still showing up during background checks – costing people jobs, and setting them back significantly. This hurts those individuals, it hurts the economy, and we all end up paying for it in the long run.

Yet, like almost everything else, there’s a concentrated few who are getting rich at the expense of everyone else – by providing bad background checks to employers.

This was the experience of Hartman King, a Southern California-based venture capitalist and investor, who had his record expunged after a minor legal kerfuffle. Though his record had been cleared, background checks kept coming back showing the information that was supposed to have been removed, causing him to lose out on housing and job opportunities.

These background checks, which provide inaccurate and illegal arrest information, are being provided by any number of firms that are running a $2 billion industry with little oversight or regulation. Though background screeners are supposed to provide the most accurate information possible, these firms are getting away with passing off bad information, and profiting monstrously as a result.

And when King brought his concerns to these companies directly at the National Association of Professional Background Screeners Conference in Austin this past September, he was literally laughed at. And overheard some of the really disconcerting things.

“It’s infuriating that 70% of expunged records are showing up on background checks, all because CRA’s couldn’t care less if they reveal a record that legally doesn’t exist. There is no repercussion to them – while you just lost a job or a house,” he told The Cheat Sheet.

That’s right – 70%. And anyone could become a victim, like King did.

Unfortunately for these background check companies, they’ve poked the proverbial bear. King has taken it upon himself to fight these firms, by spending a huge amount of time and money building The Expunged Record, a site which gives support and help to those who are facing similar issues with supposedly expunged records showing up in background checks. Again, these are people who have been cleared of any wrongdoing, and yet are missing out on opportunities.

King had hired a legal team to try and sort things out for him, but it was to no avail. So, he spent three years tracking down information about the firms in the industry, including phone numbers and physical addresses – all of which is curiously hard to find. King built a database on his site with all of that information, and built a process to help others who are trying to clear bad information from their records.

“The dirty secret is that just getting your record expunged, contrary to what the law and your lawyer will tell you, does not give you a fresh start. Lawyers don’t want to touch it, CRAs don’t care about it, and consumers are helpless on what to do about it,” King said.

There has been some good news for people getting squeezed by these background screeners. The Consumer Financial Protection Bureau recently dropped the hammer on one company that was caught passing out bad reports, fining them more than $10 million and levying $2.5 million in civil damages to those who lost job or housing opportunities. As the CFPB put it, the company was fined for “failing to take basic steps to assure the information reported about job applicants was accurate.”

It’s a classic case of “you had one job … “. In this instance, these companies merely have to follow set steps to make sure they’re not giving away protected or expunged information. That, apparently, is too much to handle, and the corner-cutting tactics that are continuing to be used by these firms are, in fact, hurting people.

There was another recent legal victory, too. A court in Pennsylvania sided with workers who had been barred from working in certain industry due to decades-old convictions, none of which should have kept them from getting jobs. President Obama has even started taking steps to help workers out by ‘banning the box‘ on federal job applications.

So, there are some cracks in the armor.

According to King, the whole reason expunged records are being released in the first place is because there are, as mentioned previously, few or no consequences for these companies when they screw up. As a result, it’s become commonplace for background screeners to cut their own costs, and pass along information that wasn’t researched thoroughly.

And King says one-third of American adults will be arrested at some point during their lifetime, with almost half of those arrests being expunged. Yet, 70% of those records show up, and lead to people being passed over for jobs and housing. That’s a huge number of people who will potentially run into this problem. Millions already have, and are dealing with the fallout. King was merely one man who had the resources to do something about it.

If you need help, King has put together a step-by-step method for disputing accuracy, and even for directly contacting the companies passing on bad background checks. If you find yourself in that position, or simply want to learn more about the world of background checks and expunged records, visit King’s site The Expunged Record.