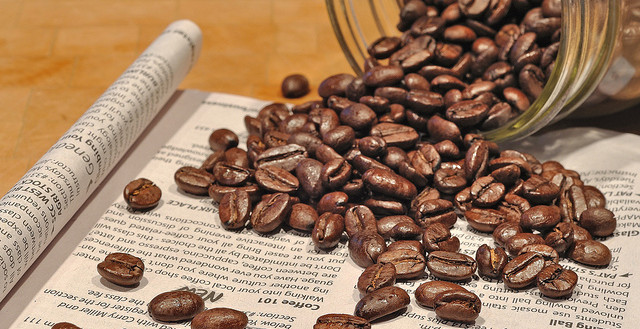 It’s Thursday, November 14, and Janet Yellen — President Barack Obama’s nominee to chair the Federal Reserve — will testify before the Senate Committee on Banking, Housing, and Urban Affairs at 10 a.m. Eastern Time. U.S. equities were mixed in early trading, somewhat buoyed by expectations that Yellen, who is expected to shoot through the confirmation process with little trouble, will continue the Fed’s strategy of aggressive monetary easing into the foreseeable future.

“I approach this task with a clear understanding that the Congress has entrusted the Federal Reserve with great responsibilities,” wrote Yellen in her prepared remarks, which the Fed published ahead of time. “Its decisions affect the well-being of every American and the strength and prosperity of our nation. That prosperity depends most, of course, on the productiveness and enterprise of the American people, but the Federal Reserve plays a role too, promoting conditions that foster maximum employment, low and stable inflation, and a safe and sound financial system.”

Yellen is expected to face tough questioning on the evolving role of the Fed as financial and monetary stabilizer. Specifically, she is expected to be met with a line of questioning related to the idea of auditing the Fed’s decision-making on monetary issues.

The news may seem underwhelming at first blush — and by most absolute perspectives, it is — but two consecutive quarters of economic growth in Europe could mark the beginning of a real recovery in the region. After the 2008 crisis, European GDP began contracting again in 2011 and was unable to find growth until the second quarter of this year.

Although the headline growth is somewhat encouraging, several EU member states are still experiencing severe economic contraction. In Cyprus, GDP fell by 5.7 percent in the third quarter, and in Italy, it fell by 1.9 percent. In Spain, GDP fell by 1.2 percent.

Eurostat also estimates that GDP grew by 0.7 percent in the U.S. in the third quarter. 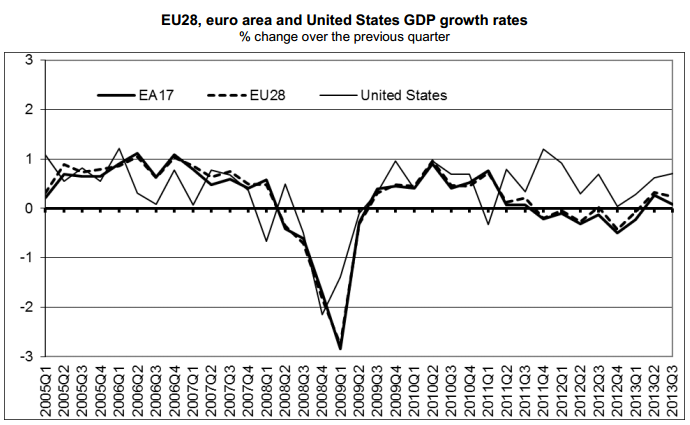 GDP increased by 0.5 percent in the third quarter in Japan, according to the nation’s Cabinet Office. GDP increased at a seasonally adjusted annual rate of 1.9 percent and by 2.4 percent compared to the same quarter last year.

As expected, the growth was led by a surge (+6.5 percent) in public investment spending, which is a critical part of Prime Minister Shinzo Abe’s economic reform plan. Japan is looking at a sales tax increase in April 2014 (to help pay for the stimulus) that likely accelerated some purchases. Strong demand for housing construction also helped the third-quarter numbers.

Growth was slow compared to the second quarter, when GDP grew 0.9 percent sequentially. The difference can largely be attributed to a decline in exports to China and reduced consumer spending, as consumers appear to be saving money in preparation of the sales tax. Still, optimists remain. Junko Nishioka, chief economist at RBS Securities, told Reuters: ”Economic growth is expected to accelerate in the final quarter of this year. Despite the soft headline figure today, there’s no need to be pessimistic about the outlook.”