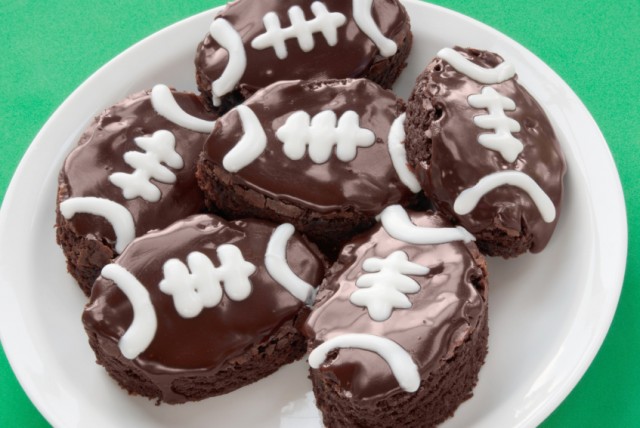 The retirement crisis has no shortage of players. We’re reminded on a regular basis how too many Americans are woefully unprepared for decades of retirement time. Not enough savings. Surging healthcare costs. Rip-off 401(k) plans that benefit Wall Street more than Main Street. Take your pick. Even if you successfully sidestep these financial obstacles, you may not be ready for retirement.

Standard time-fillers include travel, part-time work, volunteering, and watching TV. However, retirement can also be a time to enjoy America’s most popular sport. Bankrate recently analyzed it’s database of nearly 200 cities to find which places offer retirees — and any other sports fans — an appealing place to live and attend football games. The consumer financial services company focused on cities with at least one college or professional football team. Each city received points according to the number of teams that played there, and then ranked on more important measurements like cost of living, crime rate, well-being, walkability, tax rates, weather, wellness, and health care quality.

Let’s take a look at the top 10 retirement cities for football fans.

Though the only NFL team in the state is about an hour away, Colorado Springs ranks as the No. 10 best retirement city for football fans. Locals can watch the U.S. Air Force Academy Falcons play on the outskirts of the city. Bankrate notes retirees in Colorado Springs benefit from above-average health care, a strong sense of well-being and satisfaction with their surroundings, and a relatively low cost of living. Pikes Peak, the highest summit of the southern Front Range of the Rocky Mountains, offers a wide-range of outdoor activities to help you burn off those tailgating calories.

Home to the University of Texas Longhorns, Austin ranks as the No. 9 best retirement city for football fans. The Longhorns have been playing football since 1893, with much success despite their 2015 performance. They have nine undefeated seasons, 26 seasons with at most one loss or tie, and four national championships. Aside from the gridiron, Austin has a favorable tax climate since residents don’t have to pay state income taxes. In fact, the Tax Foundation ranks Texas as one of the lowest tax-burden states in the nation.

San Diego ranks as the No. 8 best retirement city for football fans. Retirees can enjoy three teams: the San Diego State Aztecs, the University of San Diego Toreros, and the San Diego Chargers. While California has three NFL teams, the Chargers are the only one in Southern California. Qualcomm Stadium, where the Chargers and Aztecs play, has hosted the Superbowl three times (1988, 1998, and 2003). San Diego offers retirees the beautiful Pacific Coast, with plenty of beaches, parks, and mild winters. The San Diego Museum of Art and the San Diego Zoo are also popular attractions. Make sure your retirement accounts can handle California’s higher cost of living.

Yes, the rain and clouds can dampen the retirement mood a bit, but at least football fans can enjoy the Seattle Seahawks, who recently made back-to-back Superbowl appearances with a championship win in 2014. College football fans can watch the Washington Huskies at the University of Washington. Seattle ranks as the No. 7 best retirement city for football fans in part to its walkability, parks, and cultural institutions. The city’s health care also ranks well, and residents don’t pay state income taxes.

Denver ranks as the No. 6 best retirement city for football fans, placing Colorado on the list twice. Mile High Stadium is home to the Denver Broncos, and has sold out every Broncos home game since 1969. The quarterback situation is less than favorable these days, but Denver has plenty of hiking trails, craft beer, restaurants, bike paths, and skiing to keep retirees busy. Denver ranks high for happiness, and offers a wide-range of transportation options, including a bike-sharing program and a light rail system.

If you like football and country, Nashville may be a suitable retirement city for you. Music City ranks as the No. 5 best retirement city for football fans. Locals can watch NFL games courtesy of the Tennessee Titans, or college games from the Vanderbilt Commodores and Tennessee State Tigers. Tennessee has an affordable cost of living that falls below the national average, and no state income tax. According to Gallup, the state ranks high on wellness, suggesting a general satisfaction with the state’s surroundings. In addition to football, retirees keep busy with restaurants, outdoor recreation, and an abundance of music venues.

Minneapolis ranks as the No. 4 best retirement city for football fans. Retirees have the option of viewing the University of Minnesota’s Golden Gophers and the Minnesota Vikings. The Vikings will begin playing in a new stadium in 2016, a $1.08 billion endeavor that will also host the Superbowl in 2018. The winters can be brutal, but Minneapolis has more than 20 lakes and wetlands, a park every six blocks, and 200 miles of recreational pathways winding through the metro area. Cultural activities are plentiful, and retiree surveys indicate relatively strong readings of happiness and life satisfaction. The state also has an excellent health care system, according to the Agency for Healthcare Research and Quality.

Tucson ranks as the No. 3 best retirement city for football fans. Arizona is the sunniest state in America, making it an ideal choice for retirees looking for year-round sunshine. On average, Arizona has 193 clear days per year and some of the longest days in the nation. Retirees can hike in nearby mountain ranges and national parks, or enjoy the increasing number of bike lanes and routes. Tucson posted one of Bankrate’s highest wellness scores in the study. Arizona has a below-average tax burden. Football fans have the University of Arizona Wildcats to watch, or perhaps a lengthy drive to see the Arizona Cardinals play in Glendale, Arizona.

No stranger to beaches, Tampa ranks as the No. 2 best retirement city for football fans. The city has 18 beaches nearby and sunshine most days of the year. Residents don’t have to pay state income taxes, and the cost of living is affordable. New residences, shops, restaurants, and hotels are currently being developed downtown. Football fans have the University of South Florida Bulls or the Tampa Bay Buccaneers to enjoy. Tampa is also a popular destination for Super Bowls (2009, 2001, 1991, and 1984).

Placing Texas on the list twice, Houston ranks as the best retirement city for football fans. College football fans have the Houston Cougars, the Rice University Owls, the Houston Baptist Huskies, and the Texas Southern Tigers. At the NFL level, retirees can watch J.J. Watt and the Houston Texans. Furthermore, Houston just hosted the 2017 Super Bowl. In addition to not having to pay state income taxes, Texas has a low overall tax rate and mild winters. Summers might be unbearably hot in the summertime, so make sure to budget for air conditioning. Texas is home to some of the highest utility bills in the country.