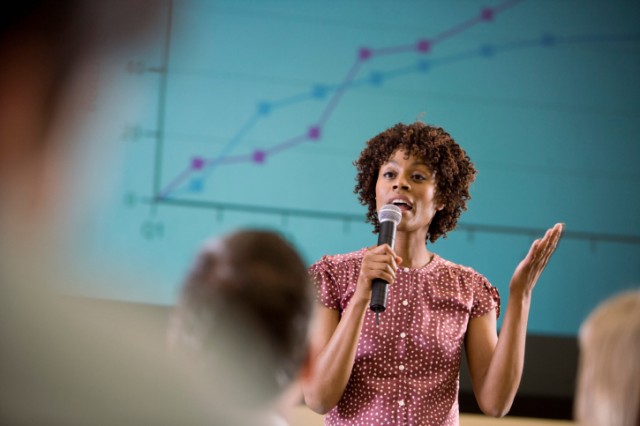 Earlier this year, The National Association for Female Executives (NAFE) released its list of the Top 50 Companies for Executive Women. The focus of the list was on programs and policies that promote the advancement of women in the workplace, and NAFE looked at how many employees use these programs and policies. The application included a company profile, workforce profile, women’s issues and advancement, and company culture and work life programs section.

The results show how for-profit companies use managers to help women advance, and how the managers are held accountable for that advancement. Many companies are seeing an increase in female executives and women in other powerful roles. Companies are promoting the well-being of these women in addition to their rise in power. Programs and policies designed to encourage mentoring relationships, advancement, leadership qualities, and sponsorship are helping women to succeed in the workplace. Here are some of the companies that are promoting women, and the qualities that they are trying to achieve in the workplace.

According to NAFE, women on the top 50 list have gone from occupying 23% of board seats, to 29%. At least half of the companies have at least four women on their board of directors. An average of 40% of top earners are women at these companies. In the senior manager ranks, female representation grew from 33% in 2012 to 37% in 2015.

The companies in the top ten made the list for several reasons. Women earned fifty percent of promotions to manager level and above in 2014 at Abbott. The company also offers six employee networks, including a Women Leaders in Action group. Ernst & Young LLP has a two-year Inclusiveness Leadership program which helps women get ready for executive duties.

At General Mills, females have long tenures, and the company is trying to improve the way they handle the needs of talented individuals at the right time; they may introduce personalized training or sponsorship opportunities. There is also a group of senior executives called the Women in Leadership group, and they regularly discuss female employee’s advancement and work life satisfaction with management.

Johnson & Johnson is praised for doubling its percentage of female corporate executives over the past year. Stretch assignments and sponsorships are an important aspect of Johnson & Johnson’s goal to help women be in powerful positions. The company has a program where senior leaders work with millennial works and they coach each other. The company is also trying to encourage employees to understand their priorities to help with the work life balance. Taking chances, focusing on the big picture, and creating a network are just some of the actions that Sandi Peterson, the company’s Group Worldwide Chairman, says can help a person advance.

The companies at the top of NAFE’s list are trying to promote the rise of women to powerful positions, and they are also helping to foster healthy work environments and well being. In 2014 Gallup attempted to learn what a “Life Well Lived” meant and whether the definition could align with a corporation’s culture. Women and men included purpose, social interactions, financial well-being, physical well-being, and community well-being. Women had a slightly higher overall employee engagement than men. Jane Miller, the Chief Operating Officer and Executive Vice President at Gallup, suggests that by recruiting women who have the right strengths for leadership positions, more women can develop and stay in the workplace. She also notes that companies need to allow a culture that encourages both high performance through hard work, but also allows for a flexible schedule.

The 50 companies on NAFE’s list are striving to foster the development of female workers, and to provide an excellent work environment. Although women would define well-being at work differently, it’s clear that promoting leadership training, flexibility, and providing a chance for a mentoring relationship is a great place to start.