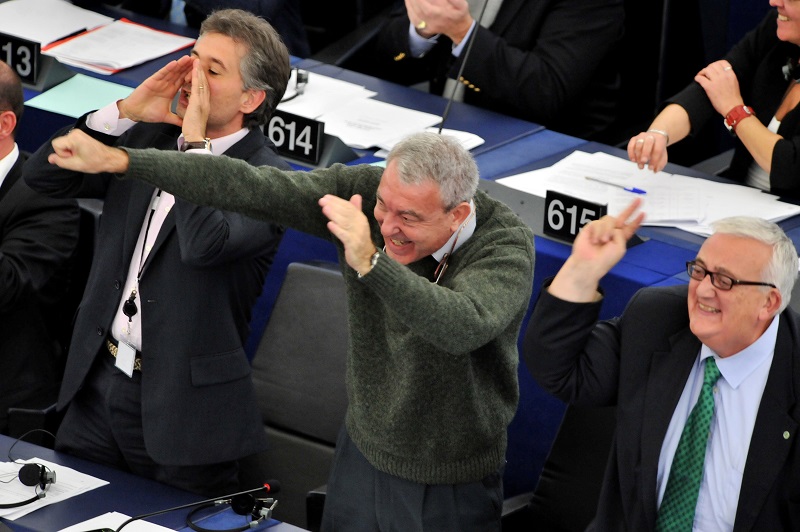 If you were hoping that your toxic co-workers — the folks you work with who have chronic bad attitudes, suck the fun out of every room they walk into, and generally make your place of employment unpleasant — would soon be fired or move on, you’re out of luck. Typically, toxic employees and workers wear out the patience of their employers with their negativity, which can impact productivity. There’s an incentive to remove toxic people from the equation, from an employer’s perspective.

That just became much more difficult. The National Labor Relations Board has ruled that your toxic co-workers have a right to be unhappy and unpleasant at work, despite how that may impact you or your employer.

According to the NLRB, employers cannot require employees to maintain a positive attitude at work. The issue comes from a complaint filed by Communication Workers of America — a union comprised of workers in the telecommunications industry, among others — that was aimed at T-Mobile’s employee handbook. The nugget of text in question, contained within said handbook, was this:

“Employees are expected to maintain a positive work environment by communicating in a manner that is conducive to effective working relationships with internal and external customers, clients, co-workers, and management.”

While that seems like a fairly run-of-the-mill phrase for an employee handbook, workers contended that it was restrictive, and constrained speech in some circumstances. For example, people are going to get into arguments and heated exchanges through the course of their work, and that may lead them to run afoul of the rules. The basic idea is that you can’t really tell someone how they should feel — and the NLRB basically agreed that workers have the right to express themselves, even if it’s in a negative way.

“We find that employees would reasonably construe the rule to restrict potentially controversial or contentious communications and discussions,” the ruling reads, “out of fear that the Respondent (T-Mobile) would deem them to be inconsistent with a ‘positive work environment.'”

Essentially, the NLRB is saying that employers can’t dictate how their employees act and feel all the time. Obviously, if you’re consistently acting like a jerk and proving to be a real impediment to productivity, your employer is going to take steps to neutralize the threat. But to ask that everyone always maintain a smile and cheery attitude?

That’s just not going to fly. This may be a small win for your toxic co-workers, but it’s also good news for everyone else. Everyone has a bad day from time to time, and keeping up a cheery facade isn’t easy. This decision offers a bit of protection from any undue retaliation. But if you’re one of those toxic people at the office? Chronic awfulness may still come back to bite you.

The elements of toxic co-workers

There’s obviously a difference between someone who you would deem to be a toxic co-worker and someone who is merely having an argument, or a bad day. There are a number of signs that you can pick up on that someone is a chronic problem, rather than just having a stressful day, or momentary breakdown.

As we’ve covered previously, there are times when we ourselves may be bringing a toxic stew of negativity to our workplace, impacting our co-workers’ ability to do their jobs, and making our employers pull their hair out. The question is, how can you tell? Look for those signs — you may be left out when others are socializing, or your work days may be filled with drama. Again, you may not even realize something is amiss, but toxicity comes in many forms.

How you can facilitate workplace toxicity

Say you find yourself in a toxic work environment, or at least sharing space and time with toxic people. What can you do about it? There are a few defensive strategies you can employ — taking a more assertive stance, maintaining your distance, and making sure you’re limiting your exposure to certain people, for instance — but if the problem runs deeper than that, you may need to simply pack it up and move on.

Some jobs and certain companies have an element of toxicity seemingly baked into the cake. If your awful co-workers suddenly feel emboldened by the NLRB’s decision, or the thought of spending another minute at your job makes you sick to your stomach, it may be time to hit the job market.