Trade Data: Looking for Inflation? You Won’t Find It Here 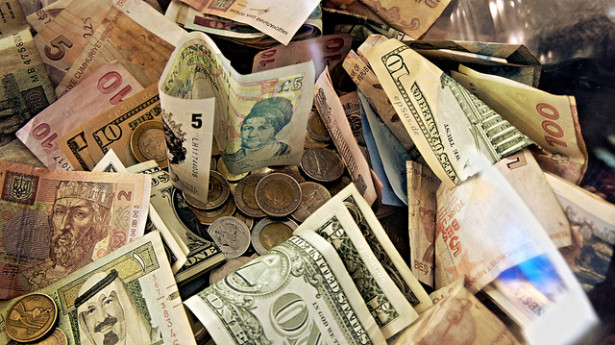 Global price pressures remained weak in December, according to trade data released by the Bureau of Labor Statistics on Thursday. The data continue a trend of disinflation — a slowing in the rate of price inflation — that took root in 2012.

The price index for imports was flat on the month and down 1.3 percent on the year in December. November’s reading was revised down from a loss of 0.6 percent to a loss of 0.9 percent, bringing the October and November decline alone to a cumulative 1.6 percent. Falling fuel prices — down 1.7 percent for the year — led overall import price declines in 2013. Excluding the impact of fuel, the price index for imports was down 1.2 percent. Import prices climbed year-over-year in just two months, June and July, in 2013.

The price index for exports increased 0.4 percent on the month and fell 1 percent on the year in December. November’s reading was unchanged from an increase of 0.1 percent. Export prices have had more positive traction than import prices, climbing for six months out of the year, but the overall index still fell a full percentage point in 2013.

Most of these effects have manifested in the United States to some degree, but inflation data released over the past few months have struggled to remain positive. James Bullard, president of the Federal Reserve Bank of St. Louis, said in a recent presentation to the CFA Society in St. Louis that inflation “continues to surprise to the downside.”

Although import and export price pressures are not core measures of consumer inflation in the United States, they can signal changes on either the supply or demand side of the economy. Right now, many economists are looking for signs of of life from the demand side. Sen. Bob Menendez (D-N.J.) raised the issue at a Senate hearing regarding the nomination of Janet Yellen to succeed Ben Bernanke as Fed chair, asking Yellen if weak demand was chief among economic ailments and if Fed policy was sufficiently addressing the problem.

Yellen responded by saying, “I completely agree that weak demand for the goods and services that this economy is capable of producing is a major drag holding back the economy,” and emphasized that Fed policy is designed to “stimulate a favorable dynamic in which jobs are created, incomes rise, more spending takes place, and that creates more jobs throughout the economy.”

She added: “So I agree with your diagnosis, and our programs are intended to remedy the situation of weak demand.”

The veracity of this position is continuously being tested as the recovery continues, limping at moments and apparently sprinting at others. Personal consumption expenditures — a measure of consumer spending and, by proxy, demand — are has high as they have ever been, but the growth rate of expenditures has slowed and is still below its pre-crisis level.