I Tried Minimalism, and Saving Money Is Just Part of What I Love About It

Why did I hold on to Sega Genesis games from the mid-’90s for so long? | Jason Rossi/The Cheat Sheet

It started with my wife and me opening the closet in the room that functioned as our office and being overwhelmed by stuff — so much stuff. There were bins stacked upon bins, all of them packed to the brim.

We found my wife’s old jewelry-making supplies and old skeins of yarn, T-shirts I had in high school, ill-fitting cargo shorts, and pointless kitchen utensils we never used in the first place. I might have even unearthed the cable that allowed my Discman to hook up to a stereo. (My Discman has been long gone for years.)

And that was after we danced around the overcrowded desk and stuff on the floor to get to the closet.

Looking at all that stuff made us ask three questions: How did we manage to accumulate so much? How would we get rid of it? And how could we keep useless stuff from coming back into our home? As we were expecting our first child, finding an answer to that third question was especially crucial.

Starting on the path to minimalism

My wife heard about a podcast by two guys calling themselves The Minimalists. They had high-paying corporate jobs at one time and could afford to buy almost anything they wanted. But whether by choice or by circumstance they shunned their stuff in order to live simply.

It sounded nice, but I was skeptical. I was thinking, “It’s easy for people who were able to afford everything to say they need nothing.” After all, the American dream is supposed to include a big house, two cars, an ample wardrobe, and money for a family vacation every year, among other things. That’s the kind of life I thought I should be striving to live.

Next: A minimalist take on minimalism 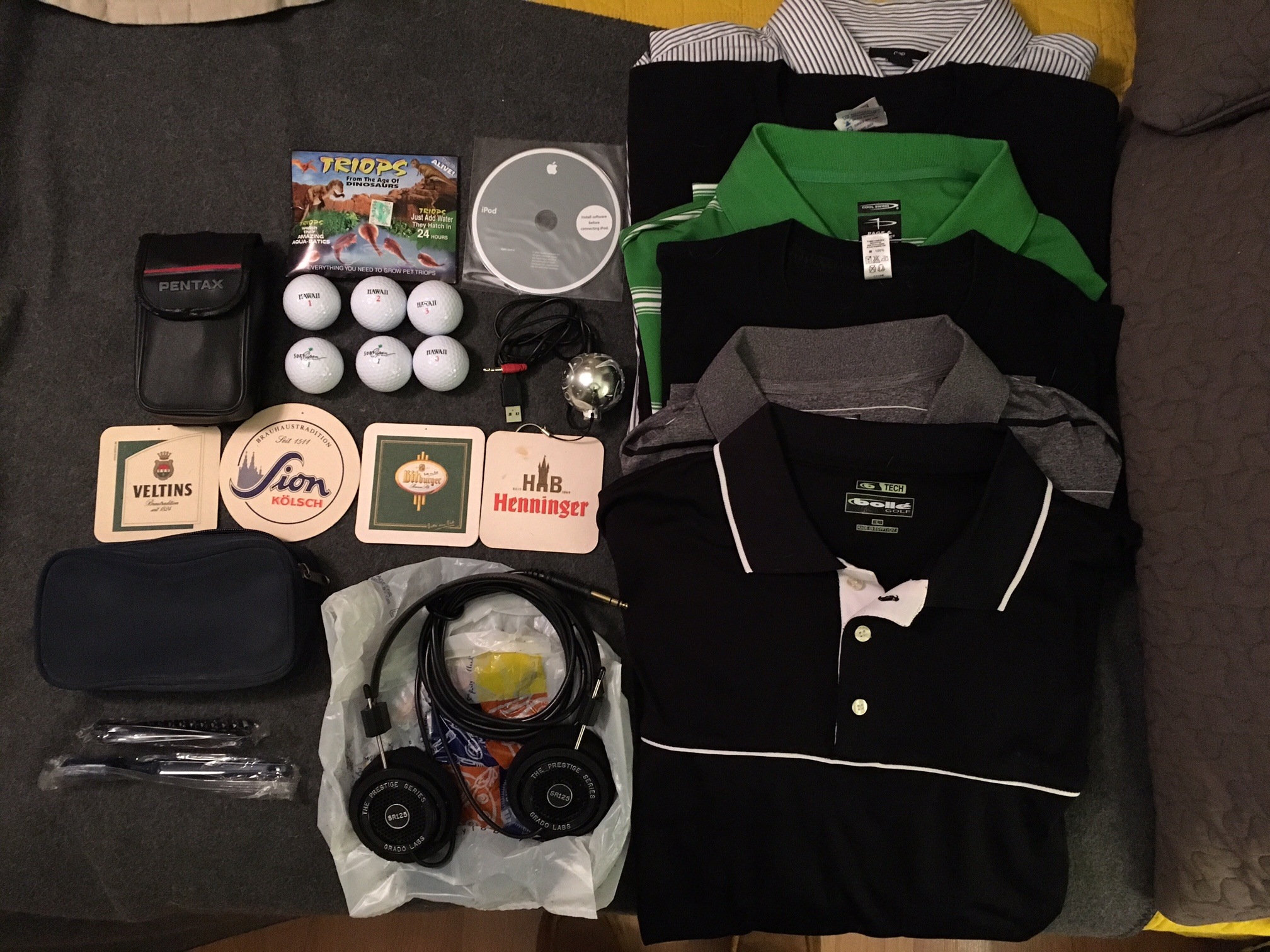 All of this was clutter my life didn’t need. | Jason Rossi/The Cheat Sheet

If you’ve never heard of minimalism, don’t worry. You’re not alone. I hadn’t heard of it either. If you have visions of a home without furniture and a few old milk crates functioning as chairs, tables, and storage areas, you’re way off. The two guys who call themselves The Minimalists have an elevator pitch. Put simply, it’s a way not only to declutter your living space but your life in general. The thinking is having fewer things means less to worry about, which results in less stress and an overall happier life.

Would I even be able to become a minimalist? 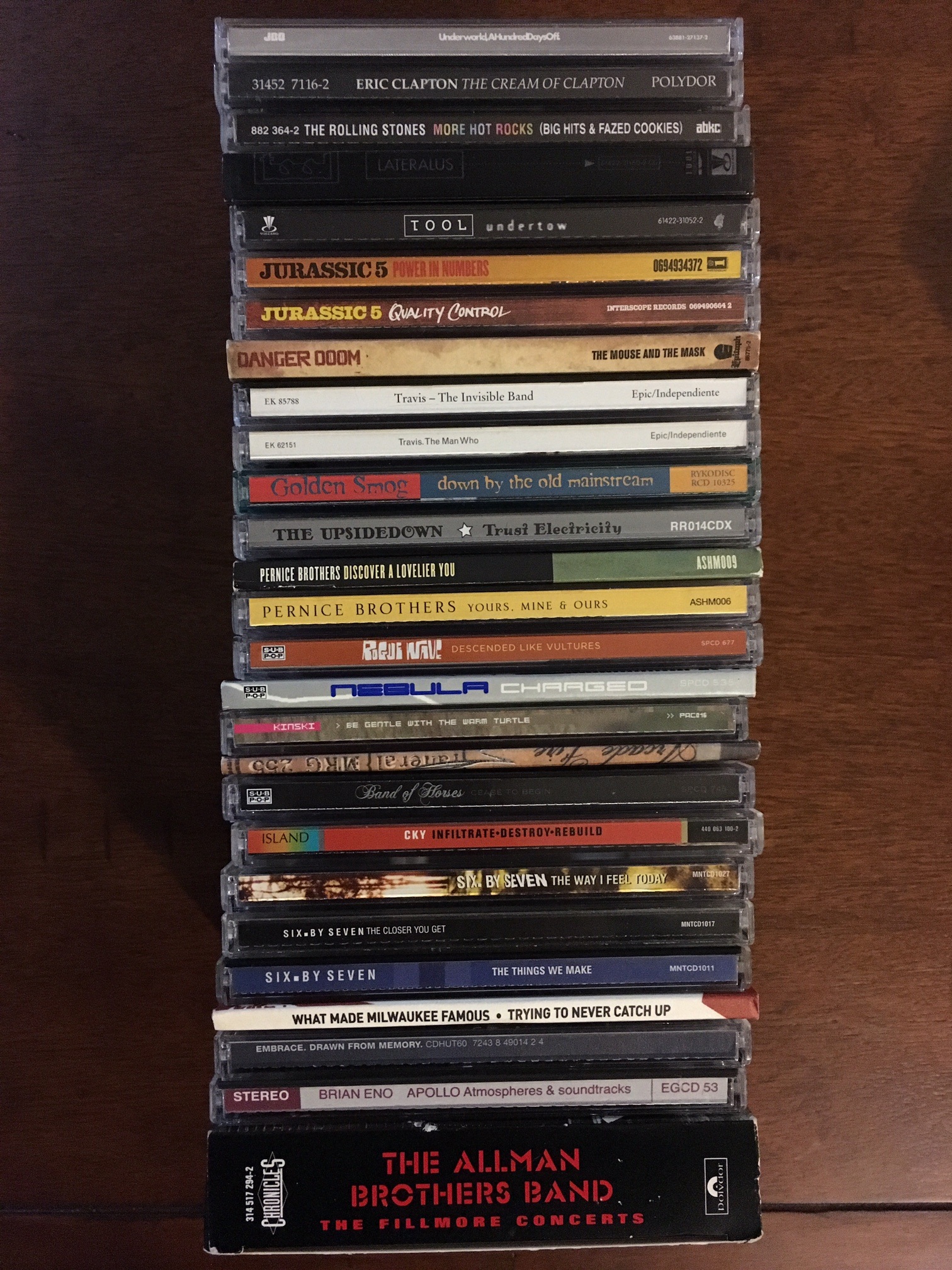 I truly believed minimalism was out of my reach as I didn’t think I could simplify any more than I already had. I was never a huge spender on things, aside from books, CDs, music magazines, and polo shirts that composed most of my wardrobe. Living simply was something I felt I was already doing, so I didn’t think I could really be much more minimal. Long story short, I was very wrong. 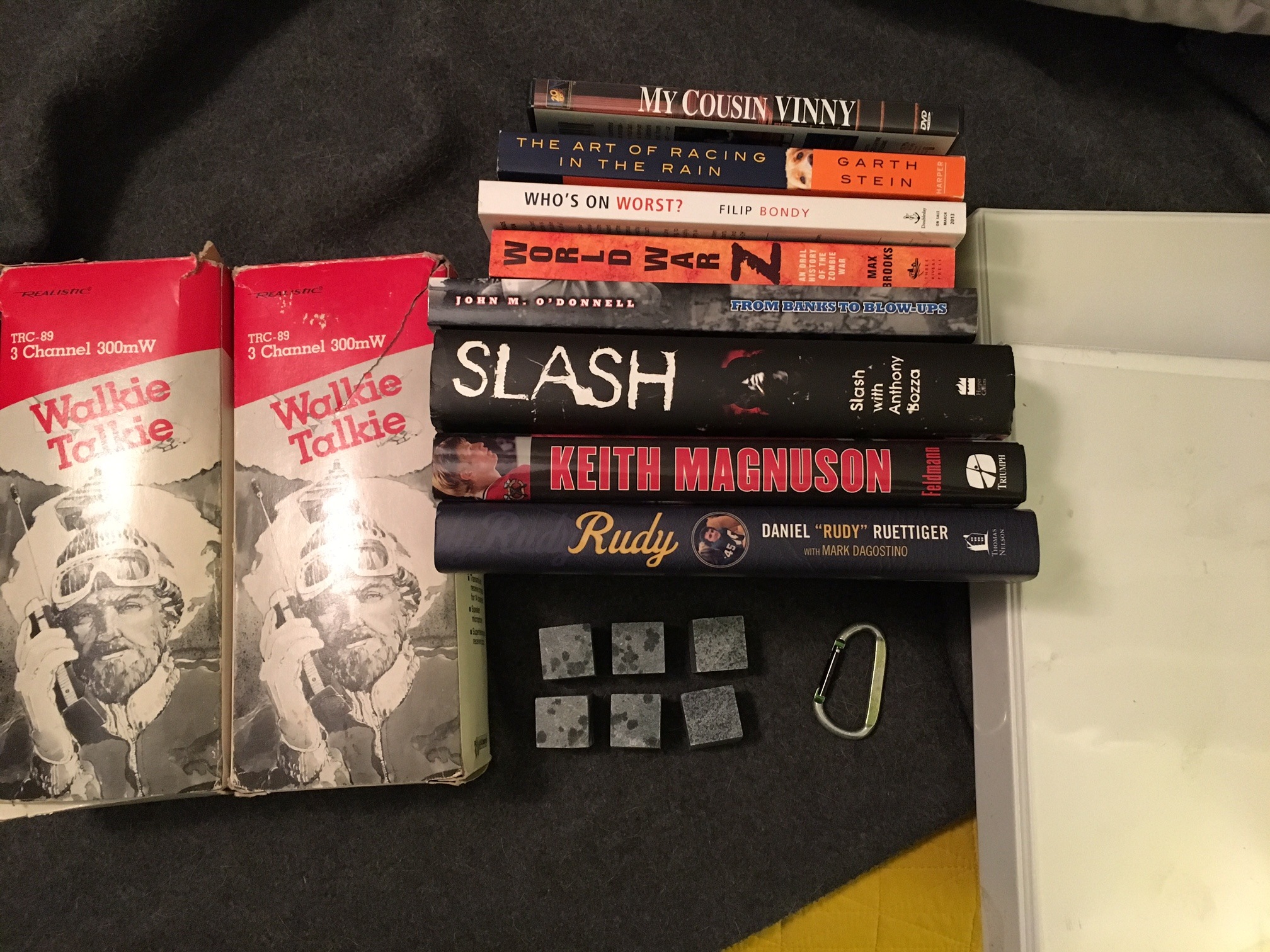 Finding items to get rid of was easier than expected. | Jason Rossi/The Cheat Sheet

The Minimalists tout a 30-day challenge on their website. For 30 days you take stock of the things you have and decide what you can live without. My wife was already a week into the challenge (where you get rid of on item on the first day, two on the second day, and so on) when I decided to join in. I fully expected to treat the challenge like a train ride, getting off when I didn’t need to go any further. But I kept riding.

Next: From the ether, stuff emerges.

A ton of absolute crap 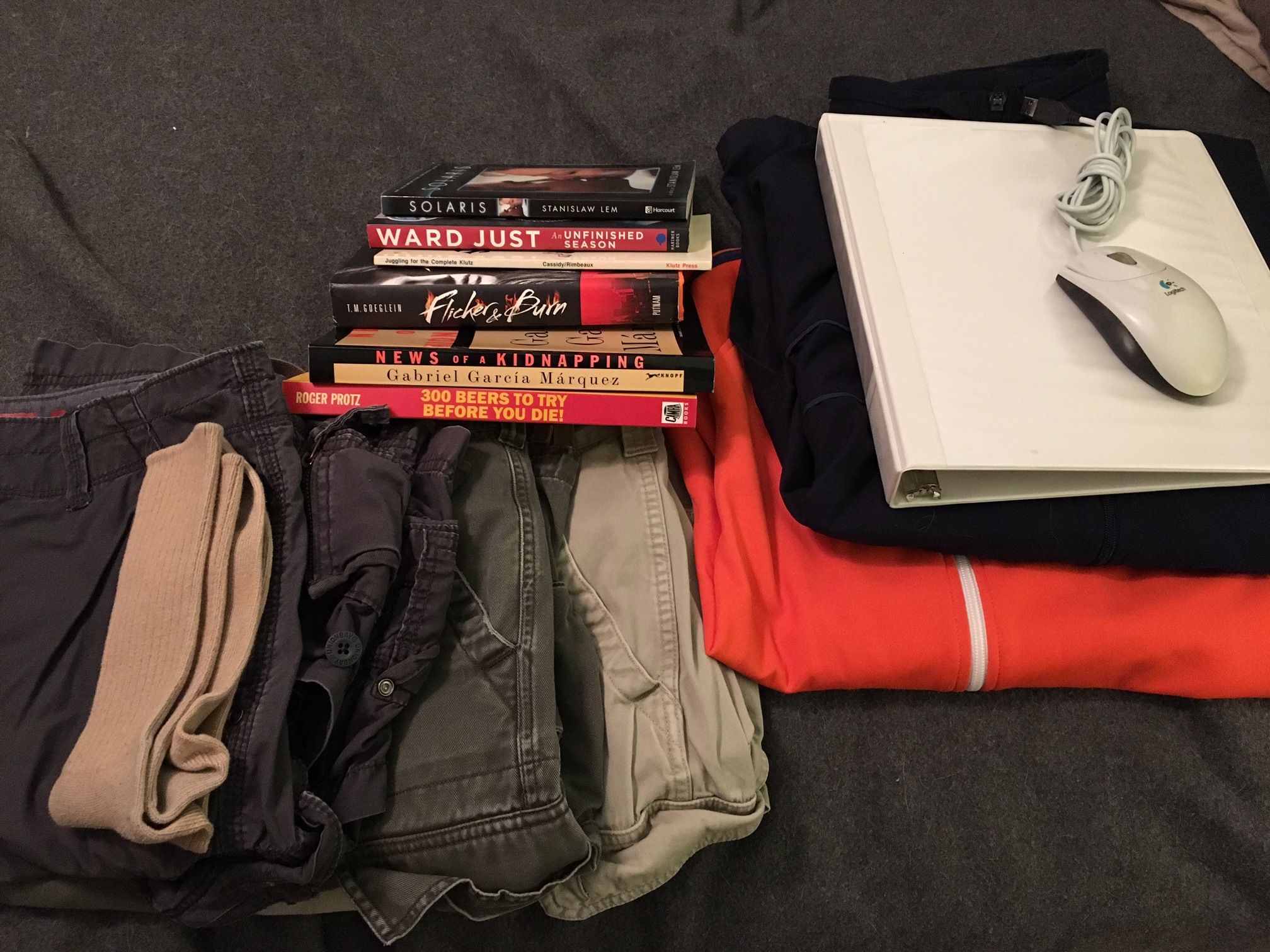 Letting go of the cargo shorts was an upgrade to my fashion sense. | Jason Rossi/The Cheat Sheet

For a guy who believed he was living simply, I certainly uncovered a ton of absolute crap: ugly ties; pens that didn’t work; shirts that didn’t look good on me and never really fit in the first place; cargo shorts that were long out of fashion; and shoes I hardly wore years ago and would probably never wear again. And that was just in the bedroom.

I went into our crawl space and crawled out with even more junk: albums and CDs by artists I hadn’t listened to in ages; some headphones; and a portable speaker, which didn’t work. There were DVDs I hadn’t thought about watching in years. And Sega Genesis video games —  I had dozens, but why was I saving them? I hadn’t played my Genesis in almost 20 years.

And there were so many books. I found The Communist Manifesto from a college class. Why did it travel with me from school, back home, and through four different moves after that? I didn’t read it for the class when I was supposed to. What made me think I’d ever pick it up again?

What I thought would be hard — finding enough items to finish the 30-day challenge and not agonizing over getting rid of that stuff — turned out to be easy and fun.

Next: A new way of thinking — and saving money while doing it

Unlike these items, now I only buy clothes I’m sure I’ll wear. | Jason Rossi/The Cheat Sheet

I wish I could be like a Geico commercial and tell you how much money living a more minimal life is saving me, but I can’t. I don’t really have any hard figures to back it up. With each paycheck my wife and I are usually able to move a few hundred dollars from checking to savings (either our own or our child’s). That’s around $500 each month or more we’re putting away instead of spending. We’re able to do that because a lot of the money we would have spent buying things to fill the void in our home went instead to ending the misery of credit card debt. So I can’t give you any cold, hard numbers showing how minimalism has helped my finances, but many of this blogger‘s talking points hold true for my family.

In addition to holding on to our money, just as big of a benefit is being able to think more clearly about purchases and how they might fit into our lives. If you’re contemplating bringing new things into your personal ecosystem, consider them carefully.

For me, it goes kind of like this. If I see a shirt I like at the mall, I’ll look at the price tag to see what the store thinks it’s worth. (Sometimes that’s enough to tell me I don’t need the shirt.) Then, I’ll consider whether I truly like it or whether it just catches my eye because it’s there in front of me. If I’m still on the fence, I’ll think about whether it’s worth my time to go back to the mall to return the shirt if I get it home and don’t like it. More often than not, the answer is a big fat no.

Next: Minimalism is still paying off.

I still have stuff, and I still consider myself a minimalist 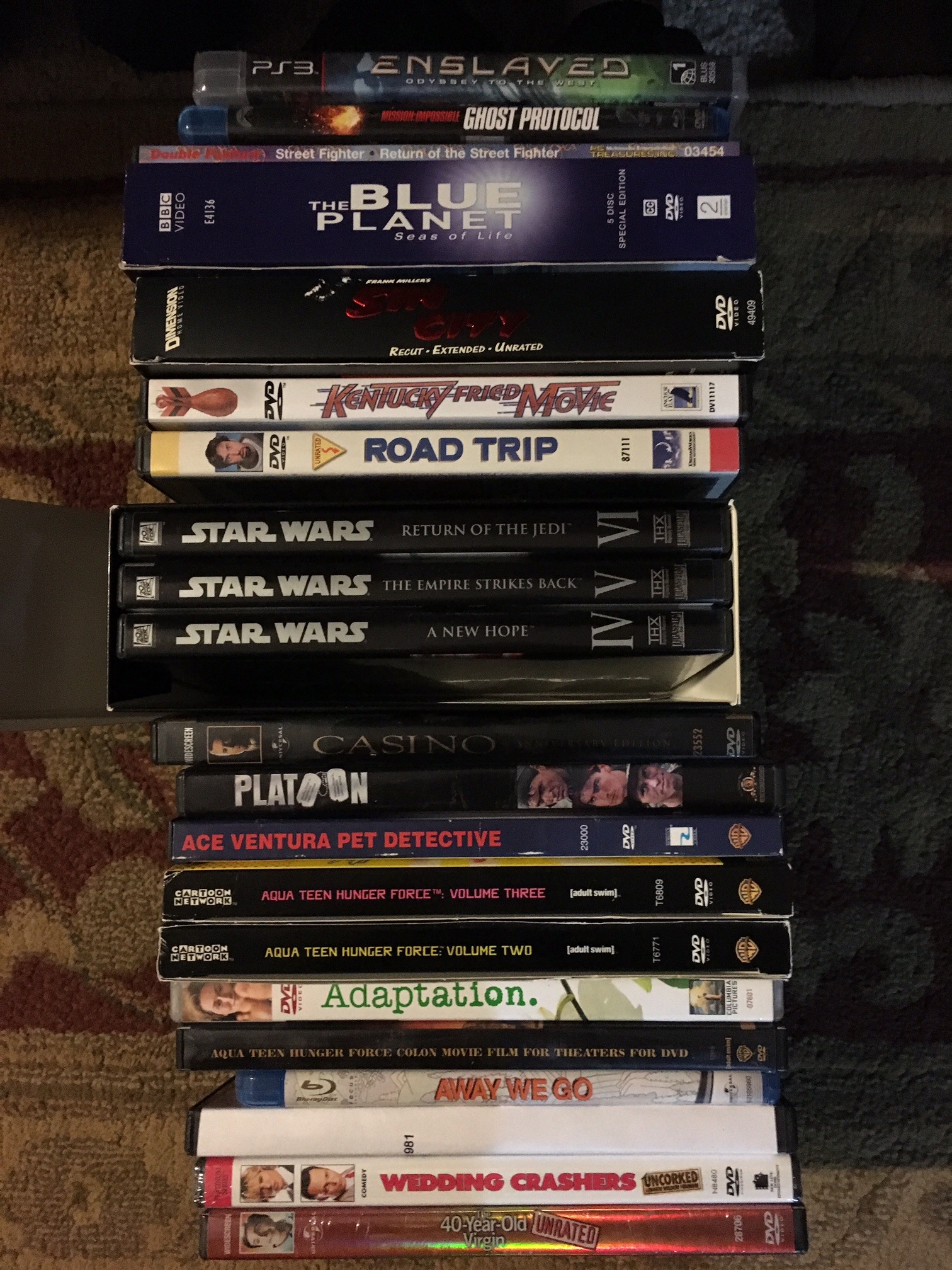 I got rid of dozens of DVDs. | Jason Rossi/The Cheat Sheet

To be sure, I still own stuff. Even though I gave away dozens of T-shirts, polos, and dress shirts during my minimalism challenge, I still have a fairly well-stocked closet. The difference now is I actually like every single shirt in there, and the ones I don’t are in my Goodwill pile. Having a more minimal wardrobe composed only of items I truly love makes it a lot easier to get dressed in the morning.

Dozens of DVDs left the house during our minimalism purge, most of which were mine, but I also kept dozens. Why? I like watching movies, and the DVDs I kept are movies I thoroughly enjoy.

Next: Once our overstuffed office is now our nursery.

Why not give it a try? 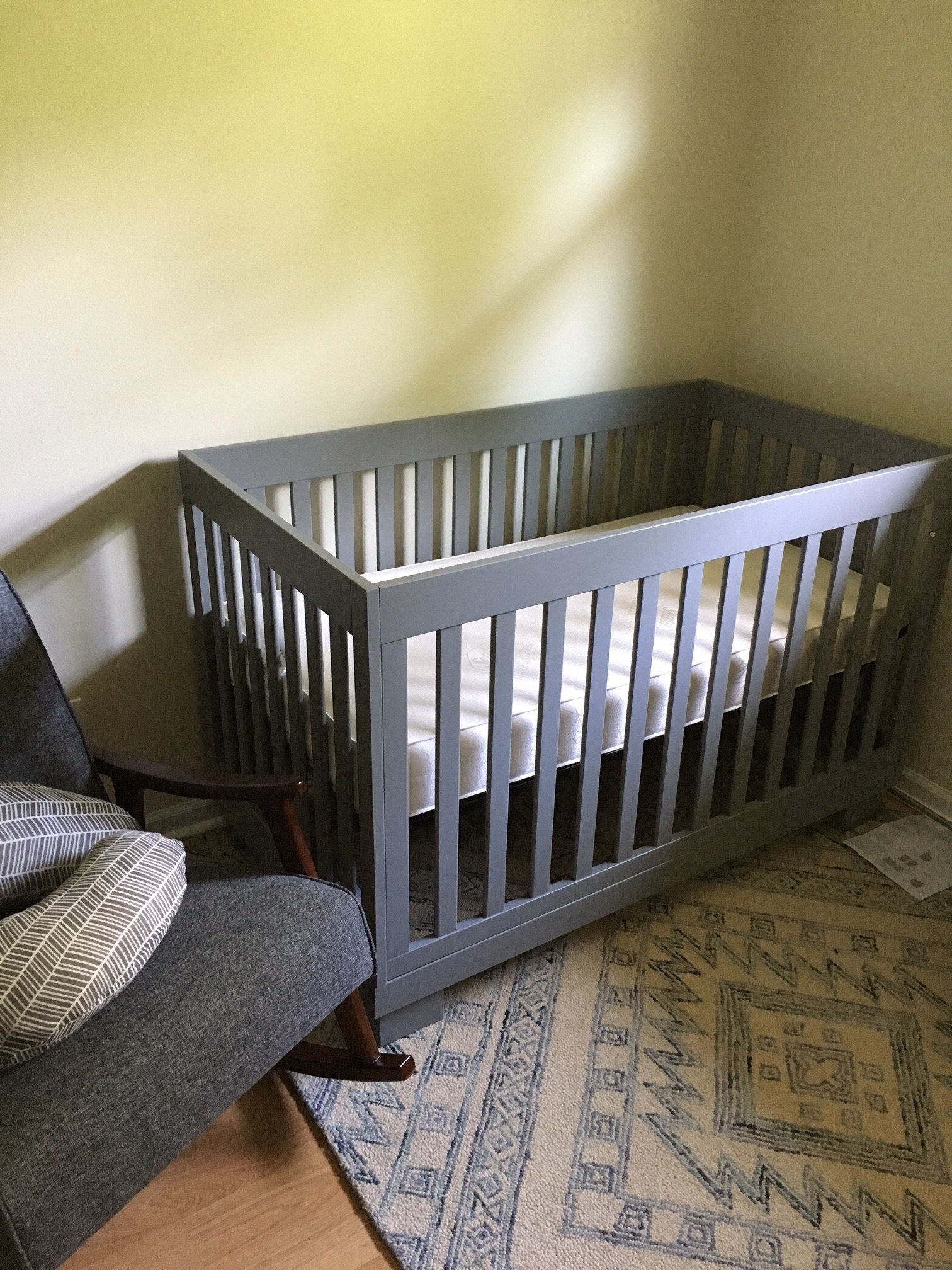 A room that was once wall-to-wall junk is now the nursery. | Jason Rossi/The Cheat Sheet

With a child on the way, my wife and I had to make room for what is now the most important thing in our lives. But it doesn’t take a life event to become a minimalist. All it takes is some fortitude and a desire to live more simply than you do now, even if it’s by a fraction.

I was sure minimalism wouldn’t work for me. There was no way I’d find 465 items to purge during the 30-day challenge, let alone actually let go of them all. I was sure it was all a trendy lifestyle choice that would soon be replaced, just as fad diets come and go.

Then, I gave it a try, and it changed the way I live.