Trimming Bonds and the Tree: Will We See a December Taper? 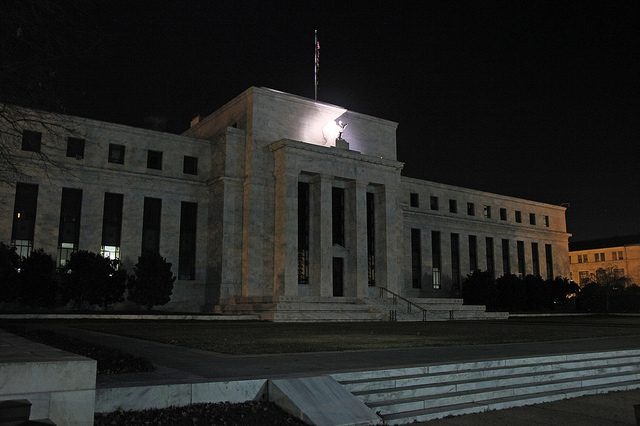 Tapering, the easing of the Federal Reserve’s bond-buying program, continues to be a source of speculation, with analysts guessing when the program will begin. Among them is George Goncalves, Nomura’s Managing Director and Head of US Rates Strategy for Fixed Income. Goncalves gave his opinion on the Fed policy to CNBC Futures Now.

In the statement from the close of its October meeting, the Federal Open Market Committee (FOMC) stayed the course on tapering. Much like the September statement, the FOMC is going to continue to watch market conditions. Improvement has been visible, but it has not suitably positioned the U.S. economy for an easement of the bond-buying program.

For some, the statement was hope that the taper would start in December. Goncalves believes the only reason tapering was not categorically denied is because the “Fed has to keep in on the table.” Even though it is “on the table,” that doesn’t mean current Chairman Ben Bernanke will “pull the trigger” before he leaves office.

Goncalves gave a hypothetical timeline of events. First, he assumes that Bernanke’s proposed replacement, Janet Yellen, is confirmed by the Senate before Thanksgiving. This would make the Fed meeting in December the last Bernanke presides over. Goncalves does not see the “sense” in Bernanke tapering at his last meeting, given that Bernanke’s legacy has already been established.

What equally makes little sense is for Yellen to taper at her first meeting. The path Goncalves sees as most likely is for Yellen to take the time to evaluate the situation, announcing at her second meeting the beginning of tapering. The wait-and-see taper strategy is the logical one, according to Goncalves, because “people will really believe that she means business.”

Others are less eager to deny Bernanke of the initiation of tapering. Brian Jacobsen, Chief Portfolio Strategist at Wells Fargo, wrote why he thinks a December taper may occur in Forbes. Jacobsen points out that this time around, the statement by the FOMC did not contain any language about tightening financial conditions. The Fed has also now had the opportunity to see how the markets react to higher interest rates and a slow-down in the housing market, Jacobsen wrote. Combined, these are indicators that tapering may be here just in time for the holidays.