Trouble in Paradise: Airlines Face Tension From Oil and Unions 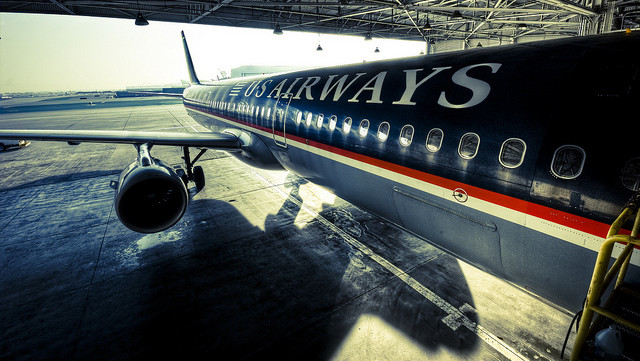 IAM has reportedly been at the negotiating table for more than two years but has been unable to reach an agreement with American Airlines Group CEO Doug Parker. IAM spokesperson Joe Tiberi told The Street that ”We’re close, but the big sticking point is that US Airways wants our members to accept less than they have already given to American employees for the same work. We will never agree to that.”

The airline, for its part, wants put both groups of workers on the same contract before they equalize the pay. As it stands, however, the discrepancy is pretty severe. Top-scale fleet service workers are paid an annual wage of $42,785 at US Airways, about 10 percent below what top-scale fleet service workers are paid at American Airlines. Moreover, there is no scheduled raise for US Airways workers, while American Airlines workers are due for a 2 percent raise in September.

The prolonged negotiations have strained relationships between Parker and the unions that represent many of his workers. Just last week, Parker criticized former management for its poor relationship with the company’s labor force. Tiberi has called Parker a hypocrite, saying, “Doug Parker is talking about great labor relations when he has thousands of employees ready to go on strike.”

Labor disputes like this can be hell for airlines, which operate on thin and often negative margins. Charles Schlumberger, an airline specialist at the World Bank, showed this in 2010, when he gave a presentation on the air transport sector in 2010. At the time, EBIT margins in the airline industry had just re-entered positive territory after running deeply negative in 2008 and 2009. This mini recovery followed just two years of profitability after a half-decade of negative margins.

According to an analysis done by the Wall Street Journal, an average US Airways flight banked a profit margin of just about 1 percent in 2012. This means that airline management and investors both go on high alert when there’s any sign of cost inflation on the horizon. This includes changes to the airline’s cost of labor, which accounts for about 20 percent of costs.

Perhaps the best example of this is the price of oil, which accounts for about 29 percent of a flight’s cost. Whenever there is a geopolitical shock — take Ukraine and Russia, for example — and the price of oil increases, airlines tend to suffer.

“The situation in the Ukraine is causing instability that is pushing up the price of oil,” said Tony Tyler, director-general and CEO of the International Air Transport Association, last week when the industry lowered its profit forecast for 2014. Tension between Ukraine and Russia that could result in oil price shocks “was the main negative driver of today’s downwards revision.” The IATA estimates that the cost of oil will increase by $3.50 per barrel this year to $108 per barrel.

Citing the price of oil as a catalyst, IATA, which represents airlines accounting for upwards of 84 percent of all air traffic, revised its industry profit estimate down by 5 percent to $18.7 billion.

“But I would temper that heavily with the fact that an $18.7 billion profit for an industry that generates $745 billion in revenues equals an average net margin of just 2.5%,” said Tyler in a statement. “Put another way, the average fare is about $200 (including ancillaries) and airlines will make about $5.65 for every departing passenger.” The anticipated margin for 2014 does compare favorably to $4.13 for 2013 but is still below the estimated margin in 2010 of $6.45 per departing passenger.

This has weighed on airlines including Delta Air Lines Inc. (NYSE:DAL), which was recently told by the Department of Justice that it was not a viable divestiture candidate for two gates at Dallas Love Field. The assets are being divested by American Airlines Group as an antitrust measure related to the merger.

“The United States concluded that divesting assets to Delta would fail to address the harm arising from the merger and would be inconsistent with the goals that the remedy seeks to achieve,” the Justice Department said. Southwest Airlines Co. (NYSE:LUV) and Virgin America are both in the running for the gates.

“We believe the news today is consistent with our previous statements, in that the DOJ, in response to the creation of now four ‘mega-airlines,’ had previously provided strong guidance that any new entrant at Love Field would need to be a low-fare carrier that would provide new competition — particularly in markets like this, where increasing airline consolidation is limiting choices for the traveling public,” Virgin America spokeswoman Abby Lunardini said to the Dallas Morning News.

Despite the headwinds, the outlook for the industry remains optimistic, according to the IATA. Speaking last week, Tyler said, “we are still seeing growth, but the nature has shifted. Up until last year, the story was one of strong emerging markets driving growth. Now the story is firmly about developed economies leading growth. And we see many developing markets — India, Brazil etc. — showing slower growth trends. Growth in emerging markets generates proportionately larger traffic flows than in mature markets. So we have had a slight downward revision in expected growth rates from 6.0% to 5.8%.”

This bodes particularly well for the North American market, which is expected to be the largest contributor to global profits. North American airlines are expected to post a combined profit of $8.6 billion. Tyler credits consolidation and joint ventures, such as the merger of US Airways and American Airlines, for the success.

“This continues to the benefit of passengers who gain value both in terms of options and efficiencies from the improved industry structure and from the billions that the carriers are now able to invest in product improvements,” he said.