If you haven’t noticed, President Donald Trump has his name on a lot of items. A lot. Some of them, like Trump University, Trump Airlines, and Trump Magazine, were outright failures. Others, like his hotels and golf courses, are successful.

Yet steaks, airplanes, magazines, hotels, and golf courses are just the tip of the iceberg when it comes to Trump-branded items. The man has attached his name to hundreds of businesses in order to keep the money flowing. There is no question Donald Trump has put his name on some bad products, but these might actually be worth the price. 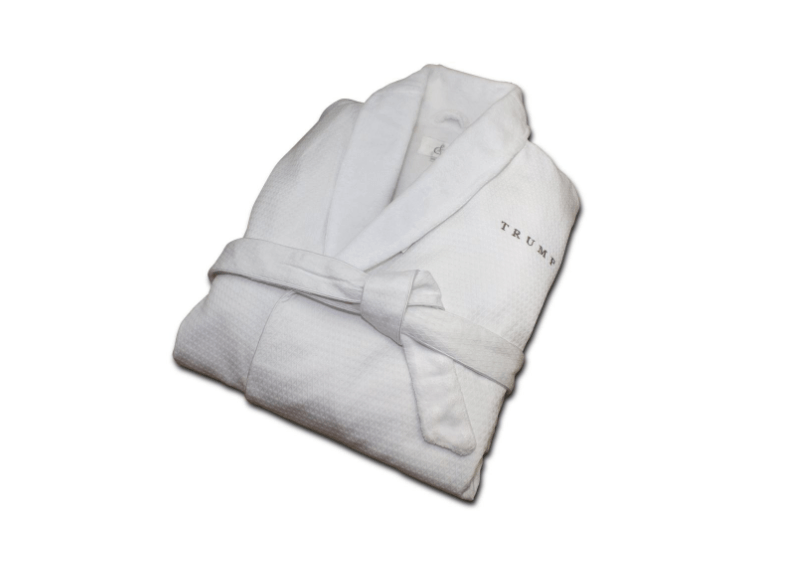 One of the items for sale in the Trump Store is this spa-style robe with mink lining. The $125 price might seem a bit on the high side, but a similar robe at Von Maur goes for about $100. If you require the Trump name on your robe but don’t want to pay that much, eBay is the site for you.

Next: Trump himself would never use this product, but people enjoy it.

Donald Trump doesn’t drink alcohol or coffee, but that hasn’t stopped him from having a brand of coffee named after him. Two Rivers Coffee is the company that makes it, and though he doesn’t partake people seem to generally like this Trump-branded brew designed for Kuerigs.

Next: A way you can accessorize on the cheap. 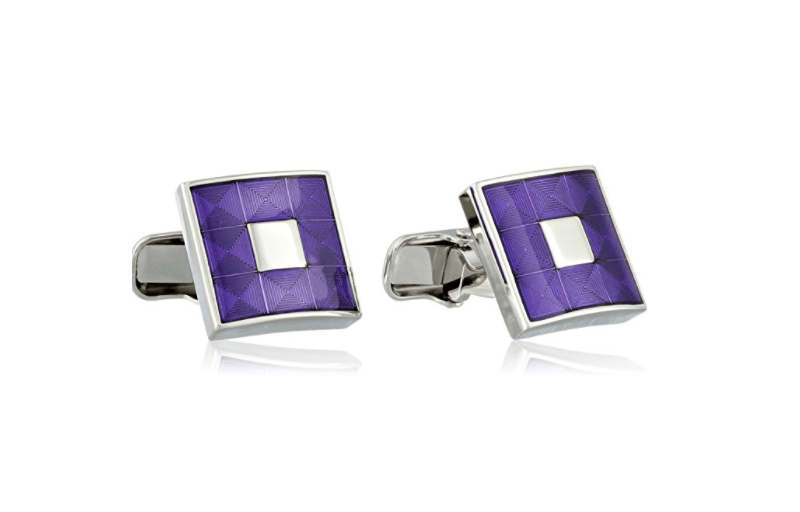 Two amazing things about these cufflinks? They are affordable, and people like them. One four-star Amazon reviewer writes, ‘[I’m] getting compliments on the beautiful purple and elegant looks.’

Next: The smell of success?

The scent was a hit with reviewers. | Amazon

This men’s fragrance was priced at $62 before being discounted to $30 at Perfumania via a link from the Trump merchandise webpage. It costs even less from Amazon, where the reviews are generally very positive and compliment the strong but not overpowering scent.

Next: The man rarely uses this product but still put his name on it.

You wont catch Donald in them though. | Eyeglasses.com

Donald Trump is so rarely seen wearing glasses that it’s news when a photo of him in spectacles emerges. Nevertheless, you can buy his eyewear for less than $100. No word on whether they help you spot fake news.

Next: Let there be light 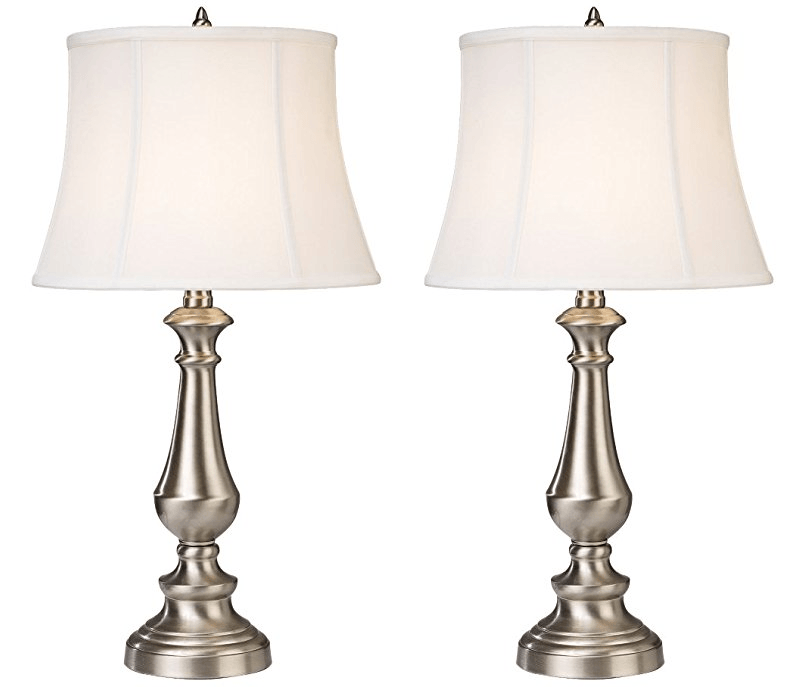 These are surprisingly understated for the man addicted to gold decor. | Amazon

This lamp set is part of the Trump Home line, which also includes bedding, furniture, and chandeliers. Amazon sells several of the lamps, and most of them are well-liked by the people who have actually used them, with one reviewer writing, ‘Perfect size and appearance for our bedroom nightstands, perfectly matching existing décor.’

Next: Does Trump do his hair while standing under this light?

It’s expensive, but someone is buying them up. | Amazon

Another item from the Trump Home line, this one costs quite a bit more than most of your typical bathroom fixtures at Home Depot. Despite the cost, someone is buying it. One year into his presidency, only one remains for sale at Amazon.

Next: Add a bit of style for your next business meeting. 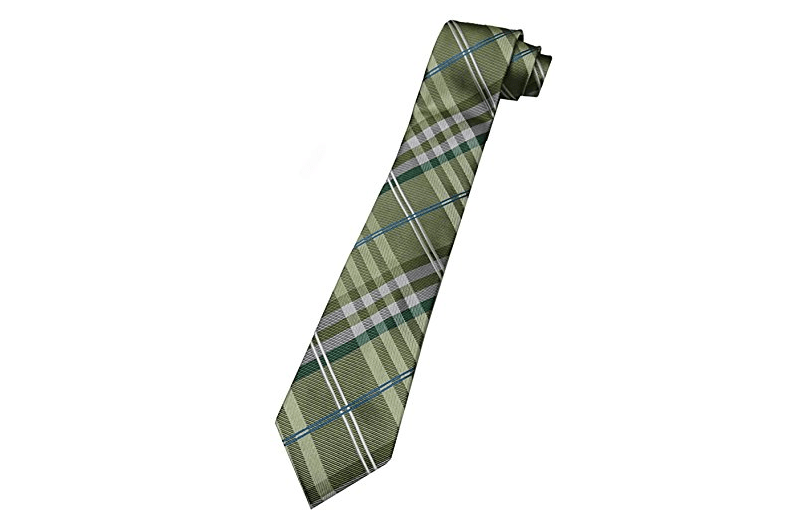 They range in price, but are surprisingly well liked. | Amazon

Suits and dress shirts are part of the Trump Collection of men’s clothing. So are neckties, and a few are for sale on Amazon starting at $89 and ranging up to $199. The ratings vary from 3 to 5 stars but are generally positive. Surprisingly, some of the Trump suits on Amazon cost less than the ties.

Next: Some flashy Trump decor for your home. 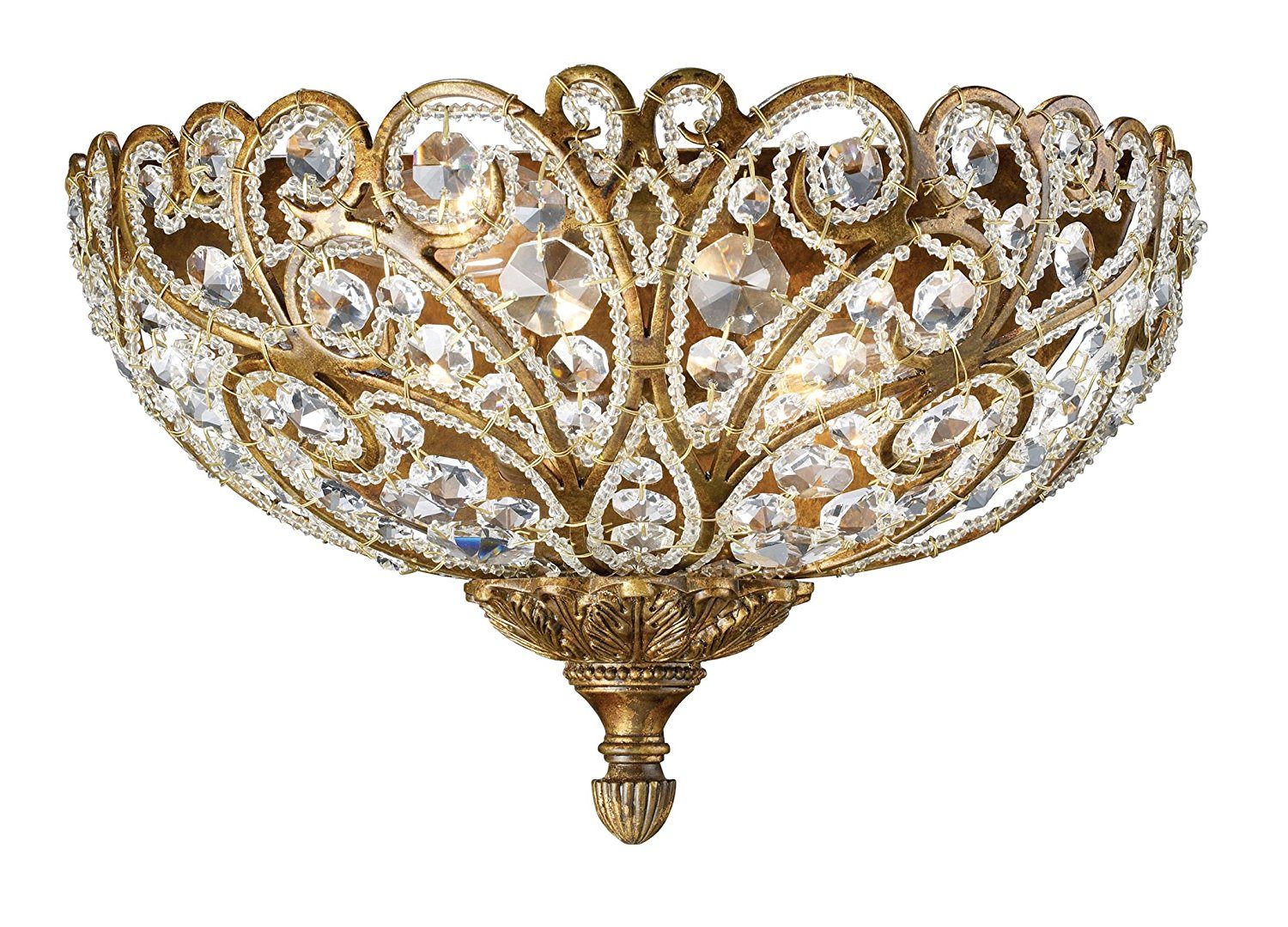 This matches his glitzy style. | Amazon

We’ve covered lamps and a bathroom lighting fixture. This decorative light is for your home’s walls, and it’s worth the cost. The one Amazon reviewer who actually has this fixture rates it four stars and raves about it, writing ‘The sparkle it gives off onto the surrounding walls is beautiful and the finish matches the picture perfectly.’

Next: Helping our President stay warm as he tweets to his heart’s content. 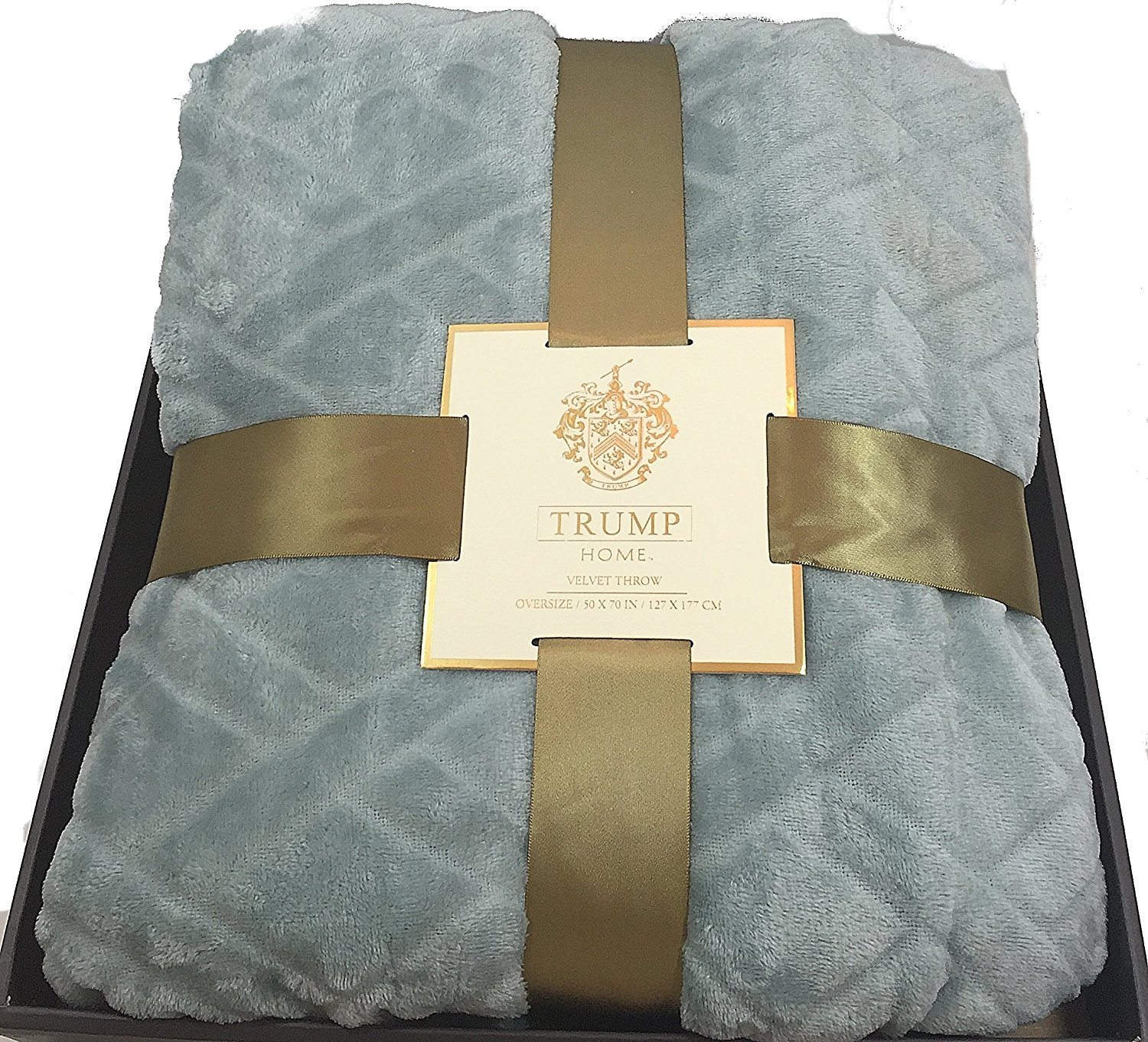 Like most Trump products at Amazon, user reviews are split into two camps: Those taking shots at the president with 1-star reviews, and those actually using the products. The latter camp has positive things to say about this blanket, which is actually affordable with or without a his tax plan.

Next: The one item you would expect to carry the Trump name. 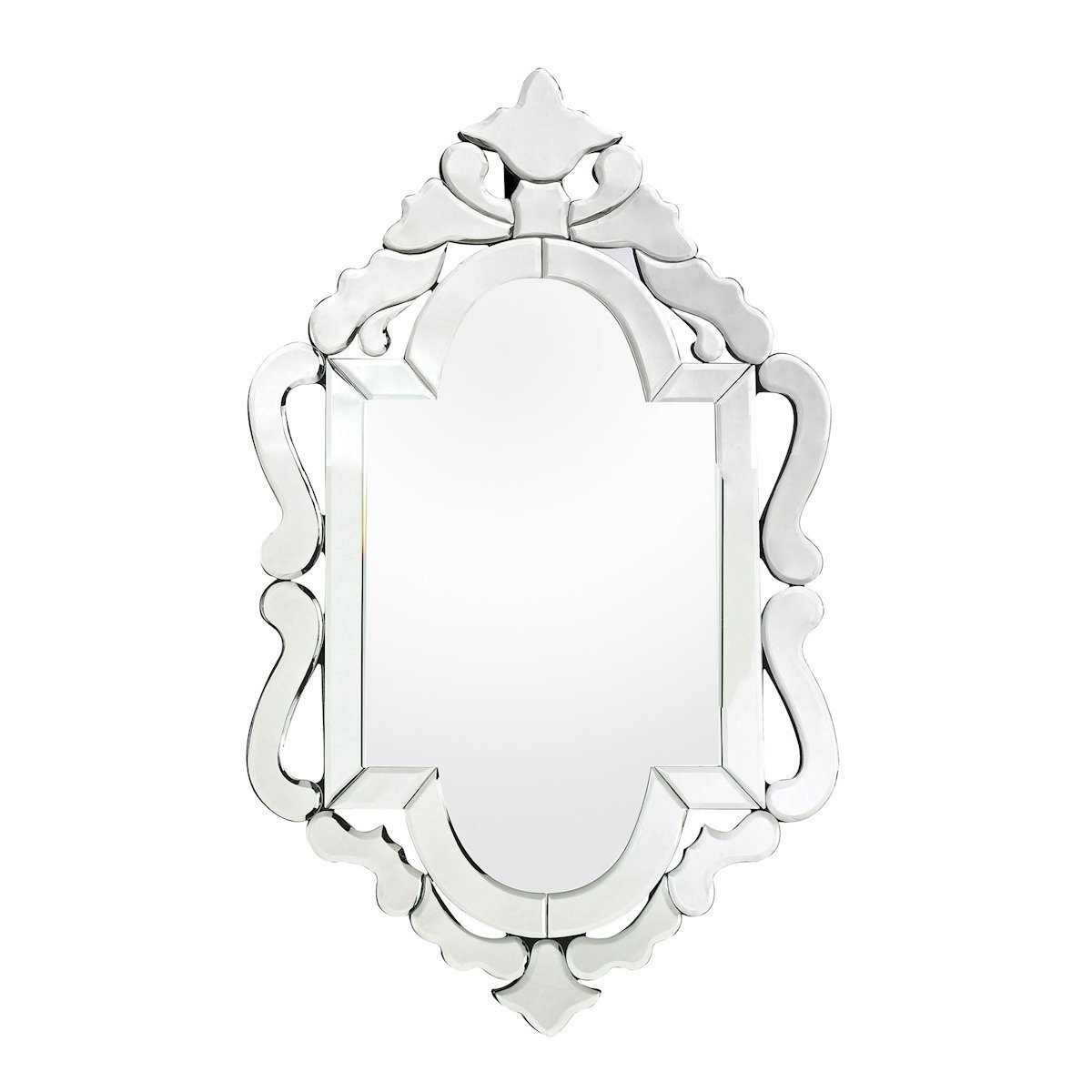 Buyers are getting loads of compliments. | Amazon

It’s no secret Trump has a large ego and tremendous self-confidence. So it makes perfect sense he’d put his name on a line of mirrors. Some cost less than $100 but are hardly bigger than a pizza box. Others are quite large and expensive but aren’t big sellers on Amazon. Call this one the Goldilocks of the bunch. It doesn’t cost a fortune, and all the Amazon reviewers love it, with one writing, ‘I re-did my powder room and this mirror is superb! I get tons of compliments.’