Trump’s Childcare Plan: What It Means for Your Family Finances

Donald Trump and his daughter Ivanka at a campaign event on September 13, 2016 in Aston, Pennsylvania, where he unveiled his childcare and maternity leave proposals | Mark Makela/Getty Images

Republican presidential hopeful Donald Trump has unveiled his plan for making childcare more affordable and improving America’s maternity leave policies. The billionaire candidate is proposing six weeks of paid time off for new mothers, as well as tax deductions and tax-advantaged dependent care accounts to help families afford childcare. The proposals have garnered a lot of attention, both positive and negative, and have left some voters wondering what exactly Trump’s plan would mean for their family finances.

Trump on childcare and maternity leave

In a speech announcing his proposals, Trump claimed his “pro-family, pro-child, [and] pro-worker plans” would help American families who are “just one crisis away from disaster.” Families who make less than $500,000 (if filing jointly) would be able to deduct the average cost of childcare in their state from their taxes. The tax deduction would be available for both working and stay-at-home parents. Low-income parents would be able to get childcare spending rebates of up to $1,200 through the Earned Income Tax Credit (EITC) program.

Also on the agenda are new Dependent Care Savings Accounts to help families pay for childcare, tuition, and after-school programs. Parents could make up to $2,000 in annual tax-deductible contributions, and the money would grow tax-free. Unlike a Flexible Spending Account, these wouldn’t be use-it-or-lose-it accounts, and they wouldn’t just be available through employers. The government would also match half of a low-income family’s contribution up to $500.

The candidate also proposed six weeks of guaranteed paid maternity leave for new moms. It’s the first time a Republican presidential candidate had embraced any kind of paid family leave program. The program would be funded through the existing unemployment insurance program. 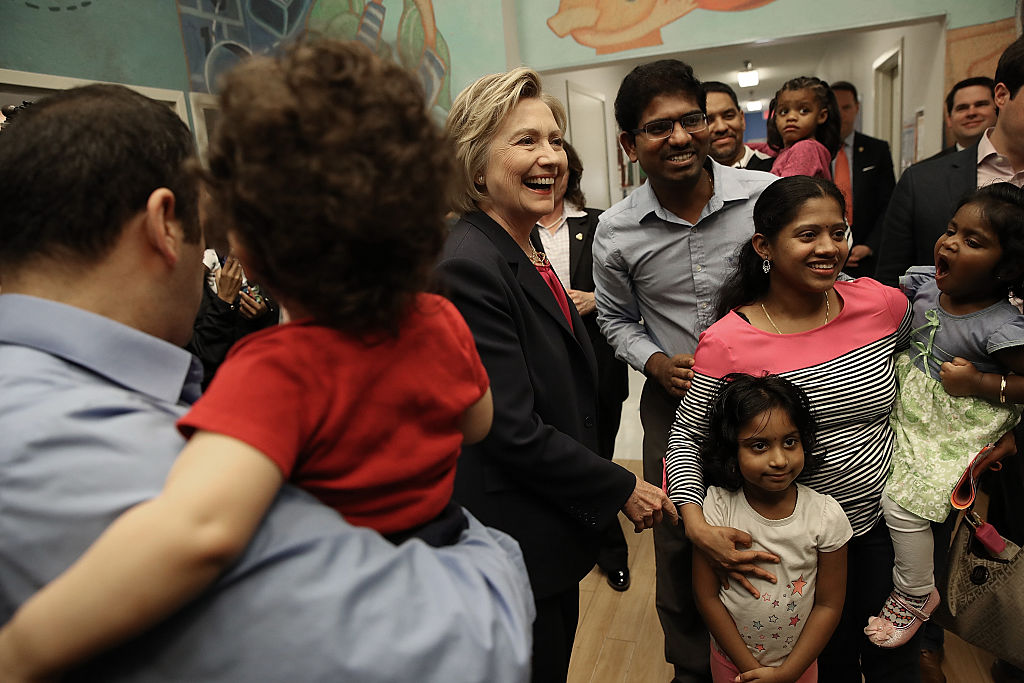 Democratic candidate Hillary Clinton has her own plan to reform the nation’s childcare system. She wants to cap childcare expenses at 10% of a family’s income, make preschool universal, and expand Head Start. Scholarships of up to $1,500 will help parents who are attending school afford childcare. Finally, she’s proposed 12 weeks of paid family leave for moms and dads after the birth of a child or during a family illness.

At this point, it’s hard to say exactly how each candidate’s plan might affect your family finances. “The plans do not have enough detail at this point to get an accurate gauge of savings or tax benefits,” Jamie Hopkins, associate professor of taxation and co-director of the New York Life Center for Retirement Income at the American College of Financial Services, told The Cheat Sheet.

According to the Trump campaign, a family who earns $70,000 per year and spends $7,000 per year on childcare stands to save $840 annually by deducting those expenses. Bloomberg calculated that a Florida family earning $500,000 per year and paying $20,000 per year in childcare costs for two kids would save $8,000 on their taxes. A family that earns less than $31,200 and pays nothing in income taxes could get an extra $1,200 year.

Those numbers strike at the heart of what many people have criticized about Trump’s proposal: It stands to benefit middle- and upper-income Americans more than lower-income families.

“Many low income families already pay little to no federal income taxes,” Hopkins said. “As such, another tax deduction could have a minimal impact.” But without more concrete details about the proposed tax benefits, it’s difficult to determine how the plan might affect the typical family’s financial situation, he explained. 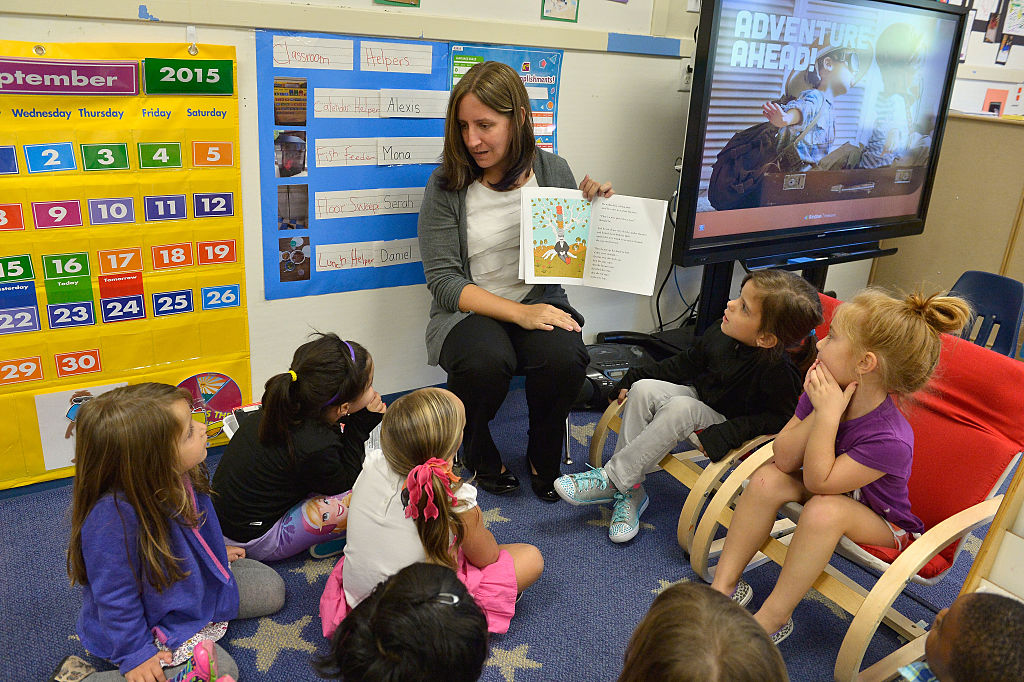 Trump’s plan is unique in that it would allow stay-at-home parents to take the same childcare tax deduction as working parents, essentially acknowledging the value of their unpaid labor. Whether those who rely on other family members to provide childcare would also be able to claim a deduction isn’t clear, Hopkins said. Such informal arrangements with family and friends are common in low-income families, according to a 2011 Urban Institute study.

Expanding the EITC would benefit low-income families. Plus, recipients of the benefit would be allowed to deposit the funds directly into their dependent care savings accounts. But because families have to pay for childcare throughout the year, critics have said waiting until April for financial benefits isn’t very helpful.

The Republican candidate also says his new tax-advantaged savings account will “help increase the low U.S. savings rate.” That’s debatable. Low-income families may not be able to set aside enough cash to take advantage of the $500 savings incentive Trump proposed. Higher-income families will likely benefit, since they’ll have a new way to shield more of their income from taxes. A family in the 35% tax bracket who contributes $2,000 to their account could save $700 on their taxes. In contrast, a family in the 15% tax bracket who contributed the full $2,000 might reduce their taxes by $300.

A step forward on maternity leave

Donald Trump’s embrace of paid maternity leave is a big shift for Republicans, who have usually stood in the way of such proposals. If his plan becomes reality, new mothers would be able to take six weeks off after the birth of a child. They’d also receive unemployment benefits during their time away from work. How much you’d get depends on where you live and your income. In Illinois, the maximum weekly unemployment benefit for someone with dependents is $595. In Alabama, it’s $265. 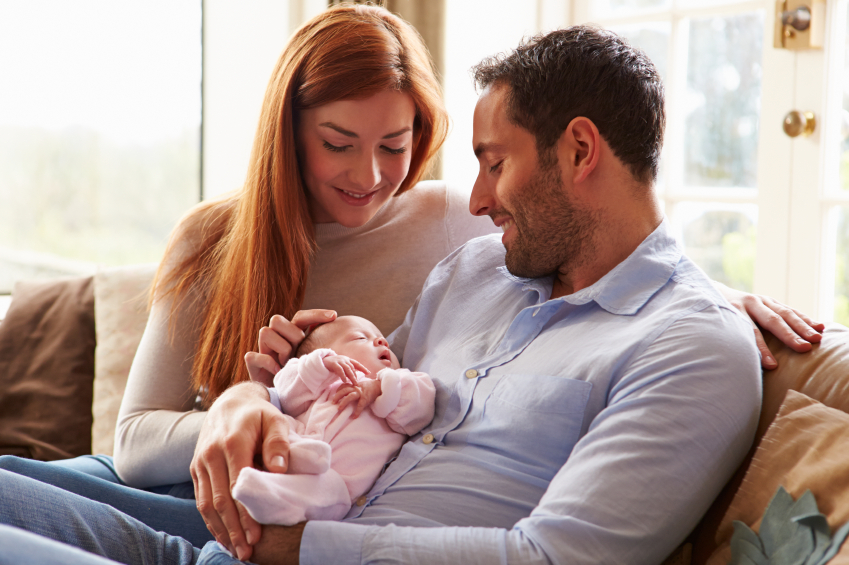 Parents with their newborn | iStock.com

Clinton’s plan would offer leave times of 12 weeks, and both mothers and fathers would be eligible. Plus, you could take time off for various reasons aside from the birth of a child, including adoption or to care for a sick family member. Those on leave would receive two-thirds of their normal wages, up to a ceiling.

So, should you be excited about Trump’s childcare and maternity leave plans? That depends. The fact that paid leave for new mothers is something both candidates agree is needed is a big step forward, considering that the U.S. is still one of just a handful of countries that doesn’t guarantee such benefits. On the childcare front, things are murkier. Higher-earning families may pay less in taxes under Trump’s plan, which is good news for them. Lower-income families stand to lose out, though.

“This plan will not bring the cost of childcare within reach for most working families,” Vivien Labaton, co-founder and co-director of Make It Work Action, wrote in an opinion piece for CNBC. But, she added, “If there is a bright spot in Trump’s plan it is this: the mere fact that he has put forward a proposal, however flawed, to make childcare affordable and guarantee maternity leave, is recognition of the urgency and demand from voters for policies that don’t force them to choose between a paycheck and their families.”