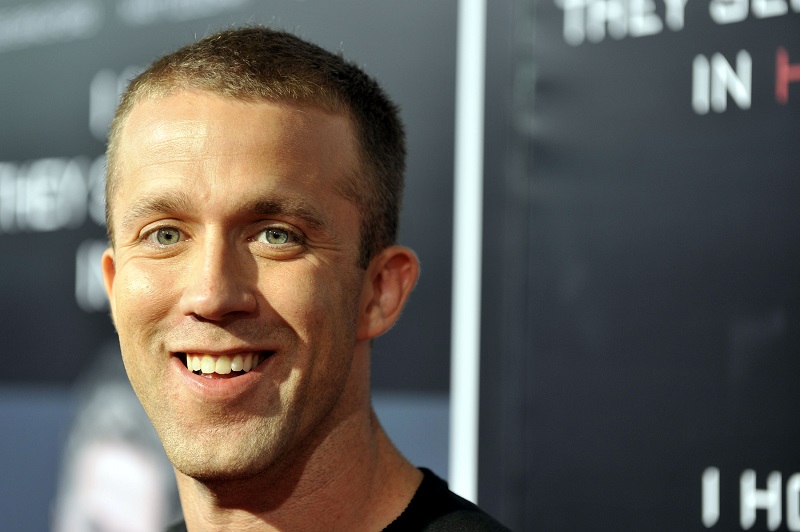 The name Tucker Max conjures up a mixed bag of emotions. Though Max has experienced a great deal of success — he’s a number one New York Times best-selling author whose books have been made into feature films, among many other accomplishments — he’s earned the scorn of huge swaths of readers. His books, like I Hope They Serve Beer in Hell and Assholes Finish First, are known worldwide for being filthy and raunchy retellings of sexual conquest and exploration, and hilarious booze-fueled benders.

It’s because of those stories that he’s earned the ire of so many, though. While some find his stories funny or merely entertaining, others do not. A quick Google search will show you why.

But love him or hate him, there’s no denying that Max knows how to push people’s buttons. And with Max’s “fratire” writing days behind him, he’s hoping he can translate his success as an author into helping push other people’s books to become best-sellers.

Tucker Max and Book in a Box

Max says that he’s retired from writing, and now focuses his time and energy on his new company, Book in a Box. The revolutionary company has perfected a system of creating books for authors who otherwise wouldn’t have had the time to write them — essentially, Tucker and Book in a Box are unearthing ideas and publishing them, that otherwise would never make it to the public.

Book in a Box is still a relatively small-time operation, but at just two years old, is bringing in solid revenues, and providing a valuable service for hundreds of new authors. It’s giving the traditional publishing process a much-needed shake-up and helping new and important ideas find places on bookshelves across the country.

Max took some time to discuss Book in a Box with The Cheat Sheet. Here’s what he had to say.

The Cheat Sheet: You’ve been a big-name author for a decade now. Reflecting on how you’ve become successful, is there anything you would do differently?

TCS: Did you consider writing to be a business at the time?

TM: It’s all business. Whether you consider it a business or not is irrelevant, because it is. I’ve never not thought of writing or art as a business. If it’s not a business, what it’s called is a diary. And you don’t publish that.

TCS: So, the transition to running a company, like Book in a Box, was fairly natural for you?

But no, once I retired from “fratire,” I didn’t have any specific plans about what I was going to do. I was unsure because I had a lot of money so I didn’t have to work. But I had a lot of opportunity in front of me and there were a lot of things that I wanted to do, but I just wasn’t really sure. Book in a Box fell into my lap, in a lot of ways, even though I could’ve done it five years ago, if I had been smart. The opportunity’s always been there, it just took a series of events for me to see it.

TCS: Being Tucker Max, your name alone inspires certain reactions for some people. Does that help or hurt your new business?

TM: It does both. It definitely helps because I have all the status and credibility in the world in publishing. If we’re talking about books, you’ve gotta take me seriously as a writer and author, and people do. It hurts in that there are definitely some people who have negative connotations and associations with me, and because of that, they don’t want to work with my company. That’s the reality. But everything in life is a trade-off.

TCS: As for Book in a Box — can you run us through how this whole thing works?

TM: We’ve created a systematic and simple process to turn an idea into a book. It’s probably most optimal for business people — entrepreneurs, executives — but it can work for everyone. Since the invention of the printing press, there’s been an incredible friction in the process of creating books that didn’t need to exist. And we’ve removed it. The way we did that is by turning the entire process into a series of steps. The big insight is that we removed writing about ideas, from thinking about ideas.

Most people conflate this — they think that writing a book is the same as thinking up the ideas for a book, but it’s not the same. Think about some of the greatest thinkers in Western history. Socrates never wrote a word down. Jesus never wrote anything down, his disciples did. Buddha never wrote anything down, his disciples did. Malcolm X — Alex Haley wrote all of his words down. Winston Churchill didn’t write any of his words down, he dictated it to his secretary. The idea that you have to be the one to type your words out is this notion that a lot of writers perform, but it’s not true. So, we’ve separated the writing, from having ideas.

The way we do it is essentially by interviewing. We have a structured process in which we can interview anyone and get their idea out of their head, in their words, and put it into a book in their voice.

*The entire Book in a Box process can be seen in detail at the company’s website, or in their own book, available on Amazon.

TCS: Is that the major difference between Book in a Box and the traditional publishing process?

TM: A traditional publisher will do the book cover and the interior layout, but they don’t help you write the book at all. That’s totally up to you. The real innovation is turning an idea in your head into written words on a page, in a book format and structure — and not just jumbled.

TCS: Can you tell us about how your process evolved? Did you use the same process when writing your own books?

TM: No, actually. I wish the process existed or I had thought of it when I was writing my own books. I kind of had to learn how to be an author. Which was pretty aggravating, and a lot of work. I had to learn to write, which was very hard.

This process developed because I was at an entrepreneurial dinner, and this woman came up to me. She said she had this amazing idea for a book and people had been asking her to write it for a decade, and she just doesn’t have the time. She’s too busy running her business. She basically asked me how she could get the book out of her head without going through the writing and publishing process. The traditional writing process is a mess. It forces you to spend a year or more typing.

I told her there was no other way to do it other than writing. She kind of called me out and challenged me to find a solution. So, I did. We put this together, my co-founder Zach (Obrunt) and I. Honestly, I didn’t think it was going to work. But it did, it worked incredibly well. Then, we just refined it from there, and we’ve done incredibly well. We’ve done over 250 books and we’re almost two years old.

TCS: Then, what would you say is the ultimate goal of Book in a Box? To get ideas out of people’s heads that otherwise would’ve stayed there?

TM: That’s exactly right. We say we’re trying to unlock the world’s wisdom. There are so many smart people, who have so much that they can teach the world, with so much knowledge in their heads…but they don’t have the time, the ability, or the desire to sit down and write all of that out. So, that’s what we do. We make it easy for them to turn their ideas into a book, in their words.

TCS: What’s the most aggravating or nightmarish part of the traditional process, that you’re seeking to remove?

TM: There are a lot of nightmares. The first is that it takes an immense amount of time. We estimate that our process is about 100 times faster, in terms of total hours spent — 50-100 times faster. The average amount of time it takes someone to write a non-fiction book is about 1,000 hours, often more if you include research. If you work with us? It’s about 20 hours on the phone. So, speed is a big part.

The other part is expertise. Unless you’re a professional writer, you don’t know how to structure a book. You may have great ideas, but having the ability to write them in a structured book just isn’t the same. Just like how being able to drive a race car isn’t the same as being able to fix an engine.

Finally, our process helps get the best possible book out of them. You don’t always know what you should be writing about. Our process forces our authors to be very clear about exactly what it is they’re trying to accomplish, and how they’re going to accomplish it.

There are multiple levels of problems…time, expertise, knowledge, ability — all these things in the publishing and writing process that stop people from turning their ideas into books. So we solve for the entire process.

TCS: Are there any particular books or authors you’ve worked with that you can point to as examples of Book in a Box’s success?

TM: We’ve got authors that do all kinds of different things. There’s a book called I Forgot to Die by Khalil Rafati that we did, and Khalil is a recovering heroin addict. His book has done really well. It’s required reading in a bunch of recovery centers. It’s impacted a ton of lives.

We did a book called The Hidden Curriculum by Dr. David Kashmer that teaches surgeons how to run their careers — it’s one of those books that I didn’t understand. Like, don’t they teach them that in medical school? But that’s the problem: They don’t teach surgeons anything in medical school about how to run their careers, so what ends up happening is that a lot of surgeons end up quitting the profession because they can’t manage their careers. So, Dr. Kashmer wrote The Hidden Curriculum…and he’s already started to see massive impact — hundreds of surgeons — and this book totally changes their lives, which in turn saves other people’s lives, because they have better, happier surgeons doing better work.

I could go on and on, there are so many other examples.

To see more examples of Book in Box’s work, and to see their entire process and pricing models, check out their website. Also, check out the book that outlines the process, written by Max, available on Amazon.