Markets were mixed in Asia on Tuesday. Japan’s Nikkei index edged down 0.16 percent as investors took profits after a fresh series of five-year highs. The yen strengthened slightly to trade at 101.5550 to the dollar. In Hong Kong, the Hang Seng index fell 0.26 percent, while in Australia the S&P/ASX edged up 0.20 percent.

European markets curbed early losses and advanced in mid-day trading on Tuesday. Germany’s DAX was up 0.21 percent, London’s FTSE 100 was up 0.06 percent, and the STOXX 50 index edged up 0.03 percent.

1) German Investor Sentiment Moves Sideways in May: The ZEW Indicator of Economic Sentiment for Germany gained just 0.1 point on the month to 36.4, missing expectations for a greater increase to 40.0. The assessment of current conditions lost 0.3 points to land at 8.9, also below expectations for an increase to 10.9. ZEW President Clemens Fuest commented that the flat reading “may be due to the still poor economic situation in the euro zone, that is also reflected by the recent ECB interest rate cut.” 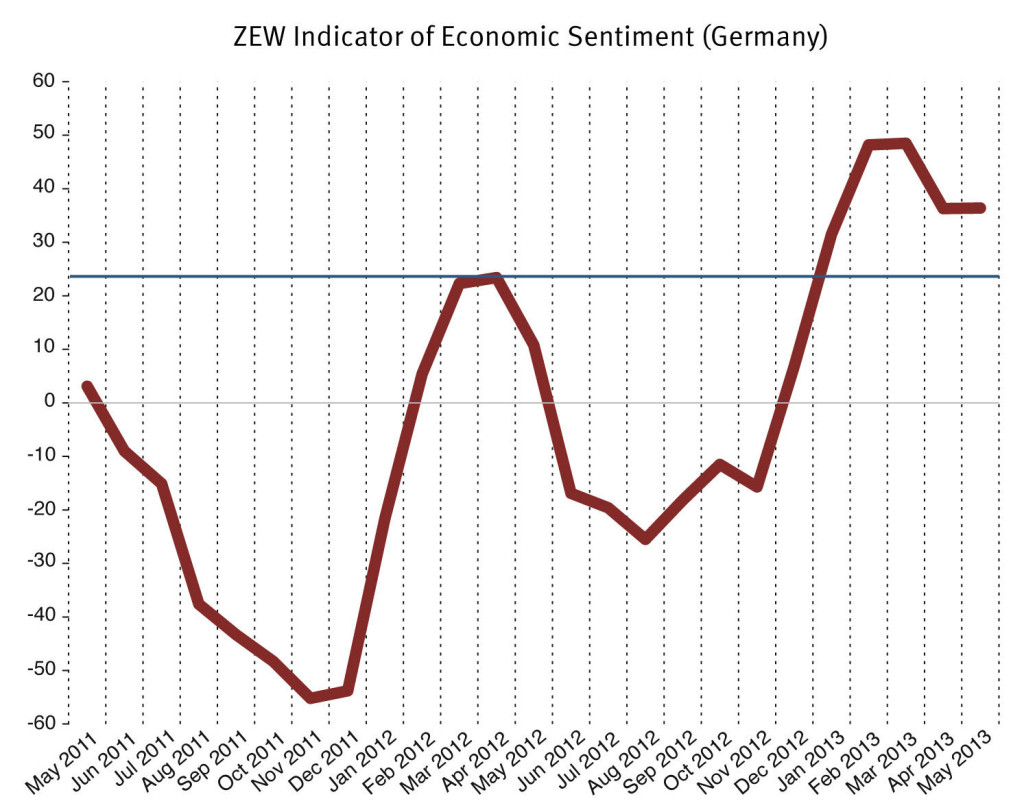 The corporate goods price index is similar to the producer price index used by the U.S. and EU, and measures the price of goods transacted between businesses. Because of this, an increase in the CGPI followed by an increase in the CPI could spark concerns over inflation, which Japan will be increasingly sensitive to as its stimulus program goes into effect. 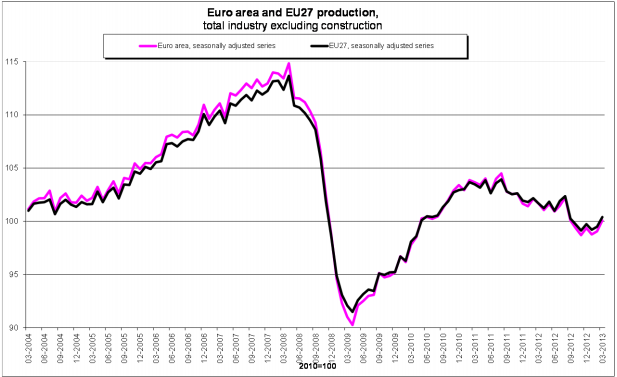 Don’t Miss: Is This Obamacare Provision a Threat to Food Companies?