10 Types of Jobs That People Love to Quit

Some jobs are known for being sought after. These coveted positions are often difficult to obtain — workers stay for long periods of time, the turnover rate is low, and top talent swarms around the companies that offer these jobs. If you have one of these positions, you’re not likely to quit your job anytime soon. Therefore, the competition for a limited number of positions is fierce.

Other jobs are the complete opposite. They are stressful, workers in these jobs often feel undervalued, and if a better opportunity comes along, most workers will jump on it in a heartbeat. Although these positions may be easier to obtain, the benefits do not outweigh the costs for some workers.

The majority of jobs lie somewhere between the two extremes. They’re not the worst places to work, but they’re not the best, either. Employees — particularly top performers — end up quitting these types of jobs for a number of reasons, but often the underlying reasons involve respect and appreciation (or a lack thereof).

According to a report by Forbes, “people quit their bosses, not their jobs,” and they do so for these reasons:

Have you ever quit a job for any of those reasons, or maybe for a similar reason?

You may be surprised to find out just how many workers quit their jobs each month. The Bureau of Labor Statistics recently released its latest Job Openings and Labor Turnover data. According to BLS estimates, 3.1 million workers quit their jobs in November. Using BLS data, we created a list of the types of jobs people quit most. Check out these jobs on the following page.

Those in the health education field are responsible for teaching people about healthy behaviors so that they can stay well. They also create educational materials and carry out strategies for improving individual and community health. These workers are paid a median annual wage of $43,840, although wages may be lower in nonprofit and private settings.

The industries in this area are made up of companies and individuals providing only health care, those who provide both health care and social services, and those who only provide social services. In addition, there are four subsectors in this field: ambulatory healthcare services, hospitals, nursing and residential care facilities, and social assistance. Some of the occupations in this field are home health aide, licensed practical and licensed vocational nurse, and medical and health services manager. The lowest median annual wage in this group is held by home health aides, who take home a median annual wage of $21,850. 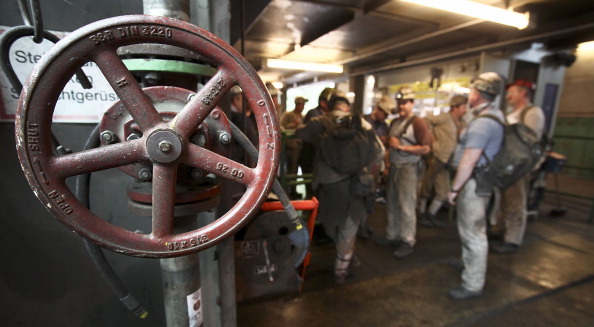 Those in the mining and logging field are described by the Bureau of Labor and Statistics as being part of the goods-producing industries. Subsectors in this field are agriculture, forestry, fishing and hunting, and oil and gas extraction. One of the reasons for quitting this industry may be the risk of being injured or killed. There were a total of 697 fatalities in 2015. While that’s down from 767 the year before, the high risk may still be a concern for some workers. The average hourly earnings for those in this field is roughly $32.15.

Those in this industry have an even higher risk for work-related fatalities when compared to mining and lodging workers. In 2015, there were a total of 1,282 deaths, slightly down from 1,295 the year before. In addition, roughly three out of every 100 workers in this field experienced a work-related injury or illness in 2015. Transportation warehousing and utilities workers make an average hourly salary of roughly $32.15.

Construction workers are primarily involved in the construction of buildings or engineering projects such as highways and utility systems. Their work may include new constructions, additions, upgrades, or maintenance, and repairs. According to the Bureau of Labor Statics, the median annual pay for construction workers is $30,890. Those in the construction field are no stranger to danger. Total fatalities in 2015 were 985, up from 933 the year before. Roughly three out of every 100 full-time worker has had a work-related illness or injury.

Most jobs in this field are those in which workers use their hands. These workers work on automobiles, HVAC systems, with clothing, or in plants. This includes transportation workers like truckers and freight haulers, and even taxi drivers.

On average, workers in this industry are paid hourly wages of $21.45, and they work an average of 34.7 hours per week, according to BLS data. Many of these jobs involve skilled labor, though, so workers who quit may do so because they end up finding better opportunities.

Making average hourly wages of $17.04 and working an average of 31.5 hours per week, retail trade jobs like store clerks, retail store managers, and customer service representatives can be equally good or bad. It really depends on the company and how much it values its employees as assets.

From actors to musicians to recreation attendants, there are a variety of workers who make up the arts and entertainment scene. These workers are paid $20.58 per hour on average, and they work an average of 25.4 hours per week, according to BLS estimates. This industry is known for being a challenging one, and a stable career is hard to maintain.

These workers — travel agents, concierges, some hotel and resort workers, etc. — earn average hourly wages of $14.08, and they work an average of 26.3 hours per week. This is an industry that is heavily impacted by the economy, and it also has a high number of younger employees who may seek other opportunities as they further their education and career experience.

Teenage worker in a fast food restaurant bored and leaning on the counter | iStock.com/lisafx

We’re all familiar with the stereotypical disgruntled fast-food worker or waitress who up and quits because he or she is tired of being treated poorly by management and rude customers alike.

Well, food service-type jobs were the most-quit types of jobs as of late 2016. These workers earn average hourly wages of $13.21, and they work 26.5 hours per week on average.