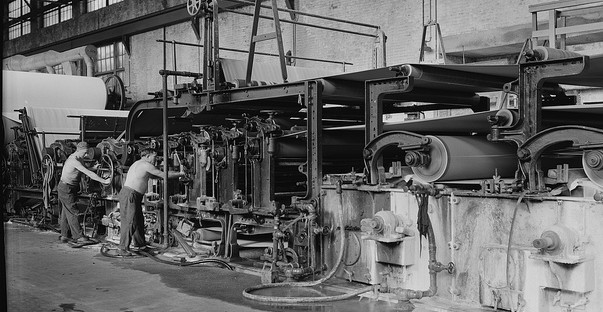 Manufacturing business conditions continued to improve in December despite some prevailing economic headwinds. Markit’s Flash U.S. Manufacturing PMI edged down to 54.4 from 54.7, signaling expansion but at a slightly slower rate than was recorded in November.

The overall slowdown can largely be attributed to a deceleration in the rate of growth for output (from 57.4 to 57.3) and new orders (from 56.2 to 54.5), arguably the two most important components of the headline index. Stocks of purchases and stocks of finished goods continued to contract, although at a slower rate than in November. The highly watched employment component actually showed accelerated growth, climbing from 52.3 to 53.7.

“Over the fourth quarter as a whole, manufacturing has enjoyed its best performance since the start of the year,” said Chris Williamson, chief economist at Markit, in the report. “Growth of output looks to have accelerated to an annualised rate of approximately 4% or more, and is driving greater job creation. The survey’s Employment Index rose to its highest since March, adding to indications that the manufacturing workforce is growing at a reasonable rate again.”

The manufacturing workforce fell more than 33 percent from 2000 to the beginning of 2010, when the post-crisis recovery began to gain traction. Manufacturing employment fell more severely during both the 2001 and 2008-2009 recessions than overall employment, although its recovery to date has been about on pace with the overall labor market.

“The survey is yet another indication that the U.S. economy has shown greater than expected resilience to the headwinds of the uncertainty caused by the government shutdown and debt crisis, and will add to the likelihood of the Fed tapering its huge stimulus of $85bn per month asset purchases sooner rather than later,” Williamson said.

Not only does the Markit PMI show resilience in manufacturing business activity and employment, it also shows positive price pressure. The index for input prices and output prices both showed accelerated growth in the Flash estimate for December, a welcome break from the soft or negative price pressures seen in many other economic indicators released over the past few months.