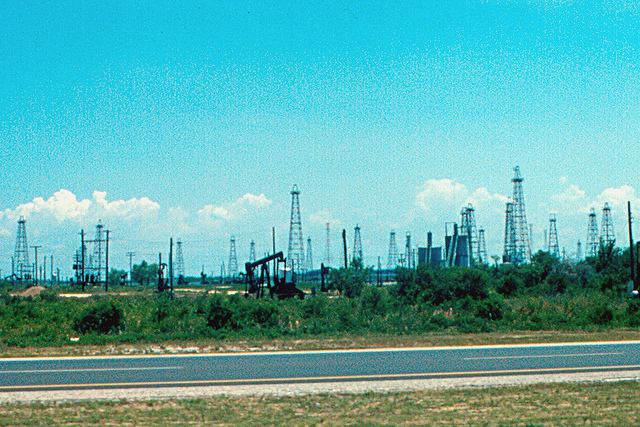 The U.S. Energy Information Administration on Tuesday released an early version of its Annual Energy Outlook for 2014.  The main item being that the United States will continue to develop its own oil and to press for more efficient cars in order to reduce demand on oil.

The report from the federal government forecasts a rise in U.S. oil production of another 800,000 barrels per day for the coming two years, but sees a rise by 2016, with the U.S. reaching about 9.5 million barrels per day.  The previous high was attained in 1970, when production reached 9.6 million bpd.

Predictions are that the oil boom is temporary and is expected to level off around 2020, but by then, there should be a lot more fuel-efficient cars on the roads that the drop in production will not be felt.

Another major change is that the federal government report expects that as oil production begins to decrease, natural gas will rise, according to the EIA by as much as 56 percent by 2040, reaching 37.6 trillion cubic feet per year.

This news should please the environmentalists as well as politicians who want to see the United States turn away from the Middle East, its oil and its problems.

For the first group, the good news is that the total reading of U.S. energy-related emissions of carbon dioxide by 2040 will be 7 percent under 2005 levels.

The reduction in consumption will come about as the result of greater importance being given to focus on more energy efficiency in every aspect of our lives, from automobiles to buildings that require less heating to street lighting.

While this new development will no doubt be welcomed by most Americans, it will bring additional joy to those who are fed up with the stagnation and violence that is perpetuated in the Middle East and will welcome this news amid hopes that the U.S. will be less dependent on that turbulent part of the world for its fuel, thus less prone to the region’s unstable politics.

But here there is the need for a word of caution. Being less dependent on Middle Eastern oil does not mean the United States should become a political recluse, retrench inside fortress America and damn the rest of the world and its problems.

In the region of the Gulf, for example, the U.S. counts many allies who are becoming extremely nervous at an America hoping to step back from the region while across the waters they face a more powerful Iran with ever-growing political-religious ambitions. Up until now, countries in the region felt somewhat protected largely because of their oil. Case in point was when Kuwait was invaded by Saddam Hussein in 1990 and the U.S. raised a powerful multinational coalition to throw him out of the oil-producing state.

But recent events, such as the distancing of once extremely close U.S.-Saudi relations, have started to cast doubts in the minds of the oil rich sheiks of the Gulf who are truly questioning America’s resolve in the region.

The added danger for the U.S. is the resurgence of Russia as a power to be reckoned with and now China, too.  The United States could be fooled into a false sense of security inside Fortress America and start to lose more and more of its influence.

Indeed, the exploitation of American oil for American consumption may well bring about much wished for independence from foreign oil and foreign intrigue. But one should be careful what one wishes for.