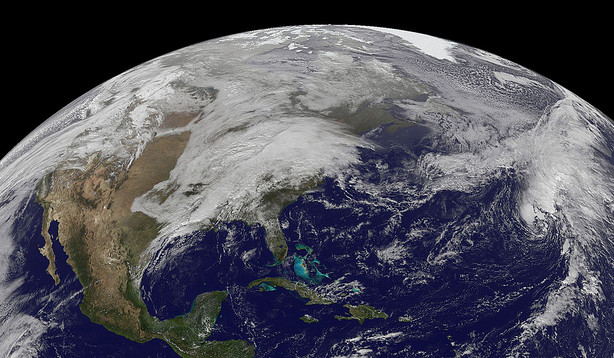 A United Nations report says that by 2030, 4 percent of global gross domestic product may be spent trying to keep rising temperatures in check. The report is currently in draft form: a copy was obtained and reviewed by Bloomberg. It is the third and final part of a report that is scheduled for publication in October.

In calculating the figure, the UN relied on countries adhering to the 2 degrees Celsius (3.6 degrees Fahrenheit) global warming cap. In order to maintain this, leaders will need to reduce 2010 emissions by 40 to 70 percent to meet targets by 2050.

The effect is not the same for each country, because in 2010, only a handful of countries contributed the majority of emissions. According to the report, 10 countries were responsible for 70 percent.

Nuclear power, renewable energy, and carbon capture and storage will need to triple, as well, if the goal is to be met. The report took into account the various reduction methods — policies and technologies — countries would employ.

Bob Ward, policy director at the Grantham Research Institute on Climate Change and the Environment at the London School of Economics, believes this is attainable and should remain the standard used in negotiations for 2015. “This report shows that 2 degrees is still technically possible and ought to remain the primary policy target,” Ward said.

The 2 degree target dates back to the UN Framework Convention on Climate Change, a treaty from 1992. A few years later, countries pushed for a more structured approach to reducing emissions and created the Kyoto Protocol.

Through the Kyoto Protocol, countries are legally obliged to take action that lessens greenhouse emissions. In 2010, world governments agreed to a 2 degree status marker. In order to keep temperatures from rising at a rate above 2 degrees, countries stated they needed to reduce greenhouse gases.

The likelihood of success in keeping temperatures from rising by more than 2 degrees has been a subject of debate ever since. In June, Der Spiegel questioned the political practicality of the reduction. Little has been done in the years since the agreement was signed, and with 2 degrees serving a symbolic function, timely results are not to be hoped for.

According to Bloomberg, the report is intended to influence upcoming negotiations and help form a global climate change agenda. The researchers found that gases need to be contained at or below 480 parts per million of carbon dioxide in order to prevent a temperature increase greater than 2 degrees Celsius.

Concentration levels are currently approximately 400 ppm. Meeting the 480 ppm target “would entail global consumption losses” between 1 and 4 percent in 2030; this loss would grow over the years to between 2 and 6 percent in 2050 and 12 percent by 2100. In estimating the cost, the report did not consider the potential savings from reducing emissions.

“Beyond 2 degrees you risk potentially catastrophic impacts such as a destabilization of the polar land-based ice sheets that would have very severe economic consequences which are not present in the economic models,” Ward said.

Leaders of small islands, which are threatened by rising sea levels, say their land’s existence is threatened when temperatures rise by 2 degrees Celsius.