Young people have other priorities in addition to saving for retirement. | iStock.com/Tomwang112

Millennials actually do think a lot about retirement. In fact, it’s one of the top worries adults face. Yet most aren’t saving like they should. So that begs the question: Why the heck not? Well, there are some pretty legitimate reasons.

Today’s workplace buzz is all about culture, company perks, and startups. And though these types of companies are attractive employment options for young people, they’re not necessarily beneficial.

Most small businesses don’t offer a 401(k) plan, making it hard for younger generations to start saving. If plans are offered through the employer, many aren’t eligible for contributions right away. And with millennials job hopping more than any other age group, the likelihood they’re still with a company once they’re eligible for the 401(k) is slim.

Next: This is the average salary for millennials.

Young people are forced to save while making pennies. | iStock.com

According to Smart Asset, the average salary for a millennial is a measly $35,592. A lower income means there’s less money available to allocate toward inevitable debts, loans, and daily living expenses, all of which could take priority over retirement savings. Research also shows millennials want to contribute to a retirement plan but only if their incomes increase.

Next: Millennials don’t want to work for the “man.”

Many young people want to be their own boss. | NBC

Young people have caught the entrepreneurial bug and have no plans to find a cure. In a Bentley University survey, 67% of young people would prefer to start their own business rather than climb the corporate ladder.

Could it be that millennials are willing to place a priority on career over retirement while they’re still young enough to recover? Financing a startup is tough, but financing a startup while also supporting children, a spouse, and a mortgage is tougher.

Next: Saving for retirement should be in the forefront, but many young people have another goal. 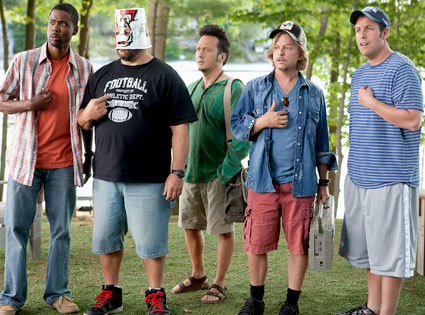 Nearly one-third of college students plan to rely on the comforts of home after graduation. But living with Mom does absolutely nothing for street cred. So most in this scenario would choose to gain personal and financial independence over retirement savings. Any extra cash they’re making might go toward rent, a down payment on a home, or generating a savings cushion to permanently fly the coup instead.

Next: Young people are worried about experiences over money.

5. They’re busy living and experiencing life while they still can

Young people should experience life before responsibilities set in. | iStock.com/Dmitry_Tsvetkov

Fear of missing out and having fun while you’re still young enough to do it are common excuses for millennial risk takers. So, it’s not surprising that young people are shucking responsibilities and spending money on life experiences instead. And while the older generations would frown upon such atrocities, experts say the opposite. Taking vacations between jobs is a good thing and extracurricular activities, such as traveling abroad, can be a great resume booster. But the party can’t last forever

Next: You might want to spend money to go back to school.

A bachelor’s degree is not enough anymore. | iStock.com

These days, it’s not just a bachelor’s degree employers are looking for. More than a quarter of employers want to hire only candidates with master’s degrees. And those pursuing advanced degrees are consumed with other responsibilities during a time when most would start saving for retirement. As a result, many young people are forgoing retirement while they continue to hit the books to stay competitive in the job market.

Next: With college comes debt.

Being tethered to school debt is one reason why young people aren’t saving for retirement. | iStock.com

Most of us are still tethered to our college loan debts. And after paying the average of $351 per month toward student loans, how can young people just starting out be expected to contribute even the tiniest percent of their income toward retirement accounts? Yes, we should all be preparing for our later years, but wishing to get a handle on school debt first is a valid reason for sacrificing potential retirement income.

Next: Young people have to have a paying job, right?

Perhaps the most obvious reason young people aren’t saving for retirement is because they’re unemployed. This scenario is likely in today’s competitive job market. About 3.4% of people over age 25 are unemployed as of February 2018, according to the Bureau of Labor Statistics. Naturally, retirement would be placed on the back burner in this case.

Next: See how having children can affect retirement.

Raising children or saving for a bigger home can compete with retirement savings. As a family grows so does the list of expenses. When asked how much families think they spend on their children, over 1 in 5 estimated shelling out an astounding $30,000. It’s easy to see why retirement could seem like a distant afterthought considering the daily hustle and bustle of family responsibilities.

Next: Some young people are spending money to make money.

Investing in real estate is a good way to save for retirement. | Scott Olson/Getty Images

Maybe you had a good chunk of cash stashed away and decided to buy a home. Although it might seem like young people aren’t thinking ahead in this instance, they actually are.

Investing in real estate is a great alternative to padding retirement through traditional accounts, such as 401(k)s. Experts say this is a wise financial undertaking for many reasons. It diversifies your portfolio, a second home could supply additional rental income, and homeowners are privy to various tax breaks.

Next: See why investing in yourself is not selfish at all.

11. They’re investing in themselves

It’s no crime to invest in yourself. | iStock.com/undrey

Instead of investing in the future, many young people are choosing to invest in themselves. Any financial assets devoted to skill development, health initiatives, or creative endeavors is money well spent, even if it’s not as black and white as contributing to a savings account. After all, investing in yourself can help you both personally and professionally. It proves to a potential employer you’ve got what it takes to succeed. And maintaining a healthy lifestyle ensures you can enjoy your retired years when they finally do come about.

Next: Of course you want the best for your children, right?

12. They’re saving for a child’s college

Many people don’t have enough saved for when their child goes to college. | iStock.com/EvgeniiAnd

Young people might want to save for the future, but they’re running low on funds after caring for their children. With the stress of college debt haunting their dreams, it’s only natural for young parents to want to squelch that burden for their children and put away as much money as they can. This pressing priority might overtake distant retirement dreams. The average family has socked away $16,380 for college expenses. But some say families should aim to save 25% of the total projected college expenses.

Next: The decisions you made in college could affect your ability to save for retirement.

13. They’re paying for past mistakes

Those irrational college decisions could hinder your ability to save for retirement. | iStock.com

Maybe you opened every credit card mailed to your doorstep or ran with mediocre financial advice on some meaningless stock with “potential.” As much as we think we can’t be held accountable for decisions we made as a 21-year-old, it definitely stays with us. Those looking to get out of Dodge are forced to allocate what would have been retirement savings toward financial recovery.

14. They have a lack of knowledge

Saving for retirement is frustrating if you don’t know how to do it effectively. | iStock.com/MishaBeliy

For some, retirement is 20, 30, or 40 years down the road, so starting a retirement fund this instant might not seem so pressing. Although this reasoning is valid, it’s not smart. But who can blame them for thinking this way? Research from Fidelity Investments shows a significant lack of retirement knowledge for all Americans. According to its report, many people are unsure exactly how much money is needed for a comfortable retirement.

Next: See why retirement could be further away than originally thought.

15. They have more time to save

This woman is relaxed about retirement. | iStock.com/CentralITAlliance

A lack of focus on retirement could have something to do with the fact that many young people plan on retiring later in life. Thirty-seven percent of Americans expect to retire after the typical age of 65, according to a Gallup poll. This percentage has been steadily increasing over the years. With a few extra years to double down on savings, young people are choosing to focus their money elsewhere early on.

Next: Americans must stop this retirement trend immediately.

Young people are choosing to account for emergencies first. | iStock.com/razihusin

Part of becoming financially independent means allocating a percentage of savings for emergencies. But unfortunately, 22% of people ages 18 to 34 have reported dipping into retirement savings to fund an emergency. Creating an emergency fund is a wise financial decision, and many millennials are making efforts to set aside money for car repairs, broken bones, or any other unexpected expense.

Next: Some might choose to give back to others rather than receive.

17. They’re giving back to others

Caring about the community is important for young people. | iStock.com/amenic181

In the midst of tackling college debt, creating an investment plan, and practicing smart money habits, it’s easy to get lost in the details. Young people who decide to “do life” with meaning and purpose might choose to give back to their community instead of saving for retirement right now. This could be donating resources to a cause close to your heart, volunteering, or embarking on mission trips around the world.